From rugged national parks to bustling coastal metropolises, western Canada is one enormous outdoor playground. Our brand new Canadian Rockies: Banff, Kelowna & Vancouver tour perfectly captures the diverse nature of Alberta and British Columbia, with a few hidden treasures along the way. Here are some of the highlights you’ll see on your tour of the Canadian Rockies. 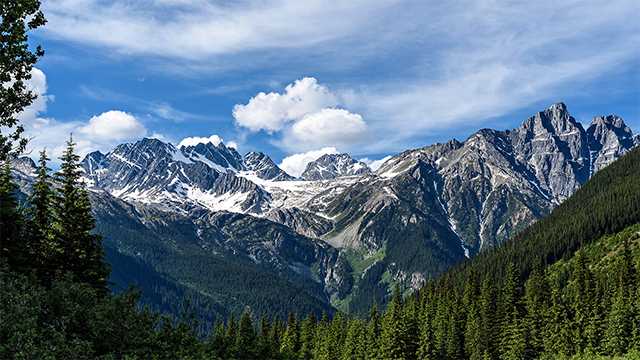 There’s nothing as refreshing as being out in the open air. Lush valleys, majestic wildlife, snow-capped mountains, and glistening lakes set the scene for a journey through Canada’s wilderness. 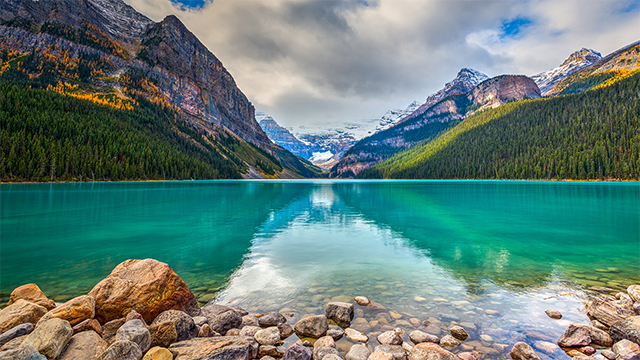 Named Canada’s first national park in 1885, Banff is truly a sight to behold. Alberta’s southern landscape is saturated with scenic stops and outdoor adventures, and Banff National Park is no exception. Watch for Canadian wildlife as you gaze out across the picturesque peaks to the mighty glaciers and the magnificently hued lakes they feed into (yes, Lakes Louise and Moraine really are that turquoise). 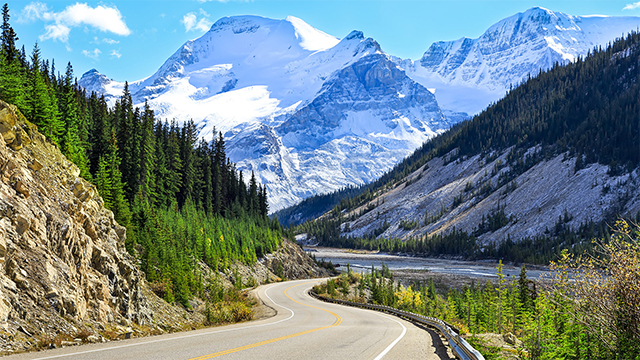 America’s Rocky Mountains extend into the Great White North to become the Canadian Rockies. Reaching heights over 12,000 feet, this expansive mountain range is certainly a noteworthy feature of Canada’s western terrain. Wind your way through the breathtaking Rockies as you cross this natural gateway between Alberta and British Columbia.

If the crisp climate has you reaching for a Molson or glass of Canadian Club, think again. Canada has another drink to offer. 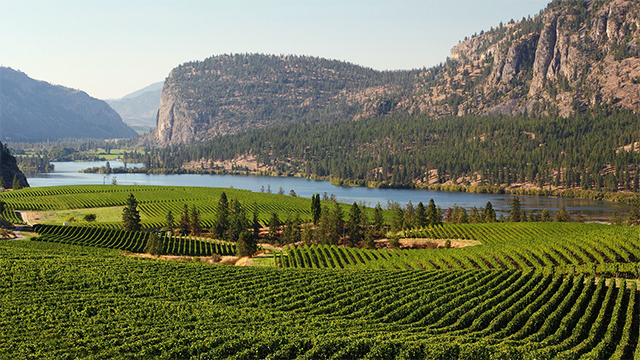 As with any nation and their cuisine, Canada has its culinary classics–poutine, maple syrup, and… wine? Believe it or not, the Okanagan Valley in British Columbia is home to an up-and-coming vineyard scene that has welcomed quite a few wine lovers in recent years, earning the area its “Napa of the north” badge.

Aside from the striking views surrounding Okanagan Lake, perhaps what most attracts visitors to the area is its hyper-local wines—a result of the Okanagan terroir. The valley’s unique microclimates and soils work together to give the grapes their distinctive flavors. You’ll have a chance to sample some popular pours on a vineyard tour with a regional wine expert. So, if you like what you taste, bring home a bottle of your favorite red or white (or one of each?), because you might not find it anywhere else outside of Okanagan Valley.

The captivating scenery doesn’t stop at countryside views. As you approach the British Columbia Coast, you’ll encounter a city or two that promise to charm. 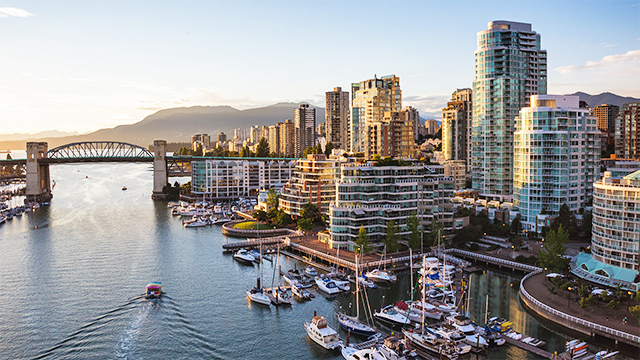 Heralded as “Manhattan with mountains,” Vancouver is a trendy multicultural hub that consistently ranks among the world’s most livable cities. How to best experience it? Soak in the historic vitality of Granville Island and Gastown, the waterfront allure of Coal Harbour, or the sprawling greenery of Stanley Park. Vancouver is a destination rich in food, art, and activity—you’re sure to find something to do!

Explore this cosmopolitan city on a trip to Vancouver. 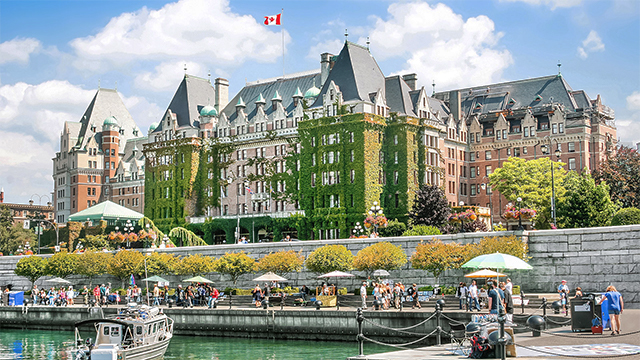 If you’re not quite ready to say goodbye to Canada’s stunning coast, then hop on a ferry to the southern tip of Vancouver Island, where you’ll find Victoria. Canada’s laid-back capital blends old and new with its Victorian architecture (Coincidence? We think not!), museums, public markets, and an eclectic downtown area. Consistently mild weather also allows for plenty of outdoor exploration, and Victoria’s urban fabric is speckled with green spaces. One of the best known, Butchart Gardens, boasts an impressive 55 acres of fragrant blossoms and verdant oases. Spend your day exploring all the city has to offer or spot some of Victoria’s marine life on a Vancouver Island Wildlife Cruise.

Wander around the Canadian capital on a visit to Victoria