BlogTravel tips10 things to do in Toronto
Travel tips

10 things to do in Toronto

There’s a lot that can be said for Toronto. With a metropolitan population of 6 million, it’s the most populous city in Canada, and the fourth-most populated in North America. It has some great nicknames—The Big Smoke, T-Dot and Hogtown to name a few—and it is one of the most culturally diverse cities in the world, with more than 50 percent of its citizens having been born outside of Canada. When it comes to exploring Ontario’s fascinating capital, there is no shortage of exciting things to see and do on a Toronto trip. Read on to discover ten of our favorites things to do in Toronto. 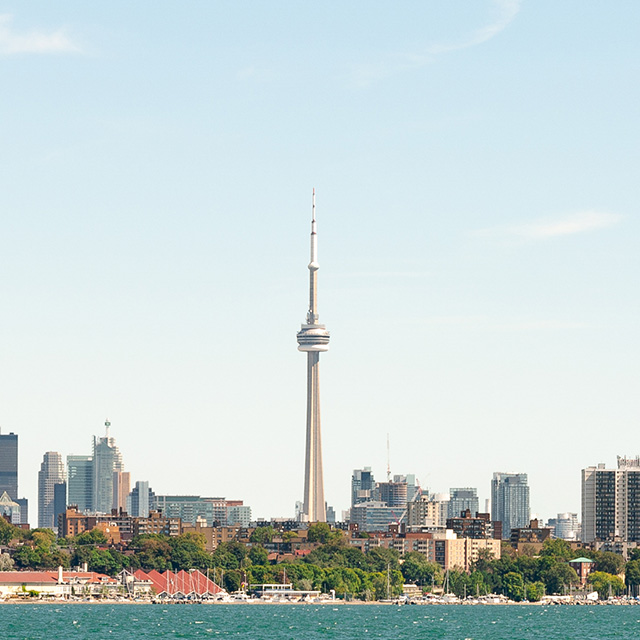 Standing at a height of 1,815 feet, this iconic communications and observation tower anchors the Toronto skyline. Not only is it the CN Tower most prominent building in the city (and in the Western Hemisphere, where it’s the tallest free-standing structure on record), it’s also one of the most visited, and on average welcomes more than 2 million visitors each year.

Insider tip: Test your nerve and step out on the glass floor to look straight down upon the city from just over 1,100 feet. Then, head up a level to grab a bite to eat at Horizons restaurant, or make a reservation at 360 The Restaurant and enjoy fine dining with a view.

Since its establishment in 1943, the Hockey Hall of Fame has inducted over 380 players, coaches, officials and general managers into its ranks. From its beginnings as a way to recognize the sport’s greatest athletes, the hall of fame has expanded to include a museum which houses 15 exhibits ranging from informative displays to interactive experiences. If you are a hockey fan, this is one of the best things to do in Toronto during your visit.

Insider tip: Spend a day in the museum to take an in-depth look at Canada’s most famous pastime. Get up close to the Stanley Cup, peruse the largest collection of hockey memorabilia in the world and practice your wrist shot against digital versions of some of the world’s top goalies.

With an extensive collection that includes works of contemporary art, an impressive array of fossilized dinosaur skeletons, Egyptian mummies and more, the Royal Ontario Museum showcases the best of art, world culture and natural history.

Insider tip: On Friday nights, the ROM hosts “Friday Night Live,” a weekly themed after-hours event complete with snacks, cocktails, music and late-night access to the exhibits. Be sure to check the museum’s website in advance for tickets and to see upcoming themes.

At the time of its construction in 1911, Casa Loma was the largest private residence ever built in Canada. In the following years, the house would go on to become a luxury hotel, sit vacant and serve as a secret sonar research station during WWII. Today, this opulent Gothic Revival-style mansion has been returned to its former glory and is open to visitors.

Insider tip: With bubbling fountains, blooming flowerbeds and manicured topiaries, the gardens at Casa Loma are just as beautiful as the house itself. Take some time to wander through the five acres of green space upon which the castle is situated.

Only a short ferry ride from the city center and loaded with bike paths, grassy picnic spots, beaches and boating clubs, the Toronto Islands are a popular recreational spot. In addition to unparalleled views of the city and the disc golf course that can be found on Centre Island, what makes the islands truly unique is that they hold the title of being the largest urban car-free community in North America.

Insider tip: While water taxis are available for hire, the most reliable and cost-effective way to reach the islands is by ferry. The Jack Layton Ferry Terminal is located at 9 Queen’s Quay West, at the foot of Bay Street—this is where you’ll both depart from at the beginning of your day and return to at the end.

Designated a National Historic Site of Canada in 1988, Toronto’s Distillery District contains more than forty heritage buildings and is home to some spectacular examples of Victorian-era industrial architecture. Today, the neighborhood attracts visitors with the numerous boutiques, trendy restaurants and cafes that have set up shop in the restored Gooderham and Worts Distillery buildings.

Insider tip: During the month leading up to Christmas, the Distillery District hosts the highly anticipated Toronto Christmas Market, where visitors can sample seasonal treats, sip mulled wine or grab a pint in the beer garden and browse countless stalls filled with artisan-made decorations and gifts.

Made up of three individual buildings (one hosting the weekly farmer’s market, and the other two housing restaurants, food stalls, a cooking school and gallery space), St. Lawrence Market is the largest public market in the city. Thanks to its wide selection of fare and friendly, passionate vendors, St. Lawrence Market was named the world’s best food market by National Geographic in 2012. If you're a foodie, this is a can't miss place to visit in Toronto.

Insider tip: After you’ve eaten your fill during the other six days of the week, come back on Sunday when antiques dealers set up shop here from dawn ‘til 5pm.

Encompassing 400 acres of green space in the heart of the city, High Park is where Torontonians and visitors alike come to relax and take a break from the fast-paced urban life. With countless walking trails, gardens, sports facilities, a zoo and even an ice rink during the winter months, the park has something for everyone.

Insider tip: During summer evenings, the Canadian Stage Company puts on performances of select Shakespeare plays (All’s Well That Ends Well and Hamlet for 2016) at the High Park Amphitheatre. Admission is a pay-what-you-can donation and seating is on a first come, first served basis—pack a picnic and make sure to get there early!

In addition to housing the world’s largest collection of Canadian art, the Art Gallery of Ontario boasts a wide range of works by prominent artists spanning from Monet to Jackson Pollock. Before viewing the masterpieces inside, don’t forget to check out the revitalized exterior, redesigned by famed architect Frank Gehry.

Insider tip: On Wednesday evenings from 6-9pm, admission to the collection galleries is free of charge.

One of the city’s newest attractions, the aquarium opened its doors in October of 2013. Home to three touch exhibits, the longest underwater viewing tunnel in North America and more than 16,000 animals, Ripley’s lets visitors get up close to some of the world’s most fascinating species.

Insider tip: When preparing for your visit, you can avoid waiting in long lines and save money by purchasing a timed ticket online before arriving. Even though this type of admission has a specific entry time, that doesn’t mean your time inside the aquarium is limited—just show up during your time slot and spend as long as you’d like taking in the exhibits.

Did we miss any of your favorite things to do in Toronto? Let us know on Facebook!

Start planning a trip to Canada