From Victoria Falls and the Serengeti to the medinas of Morocco and the coastal cities of South Africa, you’ll see the continent’s most compelling landscapes on our escorted tours to Africa.

Talk to a travel expert about our tours to Africa

What travelers are saying about our Africa tours

THE TRIP OF A LIFETIME!
02/11/22 by 1st-time traveler Diane
AWESOME VACATION! EF GO AHEAD TOURS AND SENSE OF AFRICA (MOSES AND STEVE) WENT ABOVE AND BEYOND TO ORGANIZE AND DELIVER AN AMAZING EXPERIENCE THAT I WILL ALWAYS REMEMBER! THANK YOU!
Kenya Wildlife Safari
A true experience
02/11/22 by 1st-time traveler Coral
Everything was great from the food to the animals. Amazing
Kenya Wildlife Safari
Highlights of Morocco
09/23/21 by 6th-time traveler Brittany
This made seeing places I’ve only ever dreamed of seeing so attainable! It took the difficulty out of navigating through unfamiliar terrain & environments while providing an unforgettable experience!
Highlights of Morocco: Marrakech, the Sahara & Fes
Trip of a lifetime
07/30/21 by 2nd-time traveler Debra
What a fabulous time. A very small group and very friendly. Our guide was wonderful and very knowledgeable. He knew what to look for to find all the hidden animals.
Kenya Wildlife Safari
The Sahara and Tangines!
10/3/18 by 11-time traveler Donald S.
Another great tour! Morocco is a land of eye candy and great food. The Medinas in Fes and Marrakech are indeed an experience that have no equals that we had yet to experience in all our travels in Asia, Europe or South America. Our tour director, Idris, did not dissapoint with his knowledge...
See more reviews of Highlights of Morocco: Marrakech, the Sahara & Fes
Amazing bucket list experience
11/26/2018 by first-time traveler Lance K.
The Tanzania guided Wildlife Safari was more spectacular than we had even imagined. Our very experienced guide Emmanuel was so knowledgeable about every animal and the geology that we came away with a much higher understanding than we expected.
See more reviews of Tanzania Wildlife Safari

When to visit Africa

The best time for a trip to Africa depends on what you want to see during your vacation. The temperature is warm year-round, but the seasons affect both weather patterns and animal migrations across the continent. Because Africa is in the Southern Hemisphere, seasons are opposite those of North America—that means that during the summer months in North America, it’s winter in Africa.

Our Africa tour packages are designed to take you to the best sites at the ideal time of year. In general, you will want to visit Africa during the dry season, which differs from region to region. July through October is the best time for a safari in Tanzania or Kenya, with cooler temps and animal migrations happening across the Serengeti and Masai Mara. African tours that take you to Botswana, Zimbabwe, and Cape Town are best from April to October, when the weather is cooler and more comfortable for safari game drives or city sightseeing. In the deserts of Morocco and Egypt, the climate is very hot and dry; plan to visit Northern Africa in spring or fall when the weather is most pleasant.

Was this information helpful?
YesNo
Where to go in Africa

A trip to Africa can mean anything from a wildlife safari to sipping a crisp white wine at a vineyard. When you travel with us, you’ll experience all the best places to visit in Africa alongside an expert Tour Director and local guides—which means you can get the most out of your trip, no matter where you go.

On Safari Tours you’ll experience game drives in wildlife-rich destinations like the Serengeti and Hwange National Park. Snap photos of the Big Five from your safari vehicle, and experience untouched Africa in handpicked hotels that put you at the heart of the action.

If you’re looking for a mix of city and wildlife, one of our Africa guided tours to Cape Town is the perfect fit. Want to visit excellent vineyards and Africa’s best coastal cities? The beaches and vineyards around Cape Town, Knysna, and Port Elizabeth definitely fit the bill.

For Africa tours and travel filled with culture and history, you’ll want to see the Highlights of Morocco or Ancient Egypt. You can explore the Sahara on camelback and browse colorful souks or stand beside the Great Pyramids of Giza and see the Great Sphinx. We make it easy to get closer to local culture and see the important landmarks because our carefully planned itineraries are crafted with these moments in mind.

Was this information helpful?
YesNo
Dining tips for Africa

There is no one dish that defines African cuisine. In Morocco, influences from Mediterranean, Arab, and Andalusian cultures can be found in the range of spices that flavor every meal. Traditional dishes include tagine—a stew made with beef, chicken, or lamb and vegetables—and couscous. Egyptian cuisine is also heavily influenced by Mediterranean flavors, and the Nile Valley produces an abundance of legumes and vegetables. Try shawarma and kebab, two meat dishes that are popular throughout Northern Africa and the Middle East.

In Kenya and Tanzania, cuisine is very tied to what is locally available—depending on where you are, you’ll find very different dishes! On our African tours, meals in your game lodges reflect Britain’s colonial influence. Curries and spicy foods are also popular, thanks to Indian and South Asian immigrants who call the region home.

South African food is called “rainbow cuisine” because of its multicultural influences. South Africa is also a very popular wine region, and produces some of the world’s best white wines.

Our escorted tours to Africa visit many different regions, which means a diverse range of cuisines to try!

Was this information helpful?
YesNo
Packing tips for Africa

On any tours around Africa, expect hot, sunny weather during the day and the chance for cooler temps at night. You’ll want loose-fitting, layered clothing for a range of temperatures, as well as sun protection, including a broad-brimmed hat and sunglasses. If you are traveling in Morocco and Egypt, remember to pack modest clothing that can keep you covered during visits to mosques or other religious sites. You may also want to pack lightweight rainwear, as occasional rain showers are common during certain seasons.

If you are packing for a safari, it’s recommended you wear muted colors to avoid scaring away animals. Safari luggage restrictions are strongly enforced to ensure everyone’s safety and comfort aboard safari vehicles. You will need to bring a soft, flexible duffel bag as hard suitcases are not allowed.

Of course, once you’ve reserved your trip to Africa, we’ll send you detailed information about getting ready for your travels—including more packing tips! 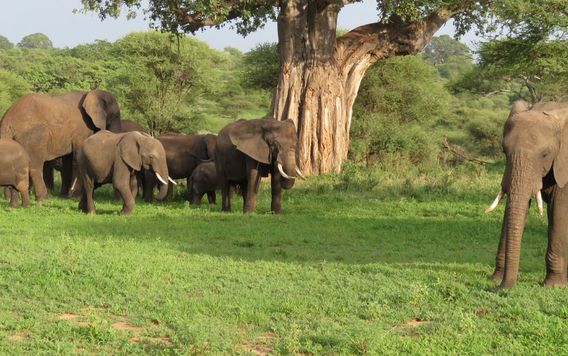 Travel stories
On tour in Africa: memories from Kenya and Tanzania 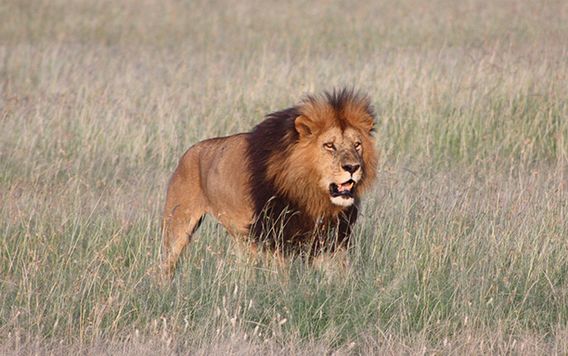 Travel tips
Which African safari is right for you? 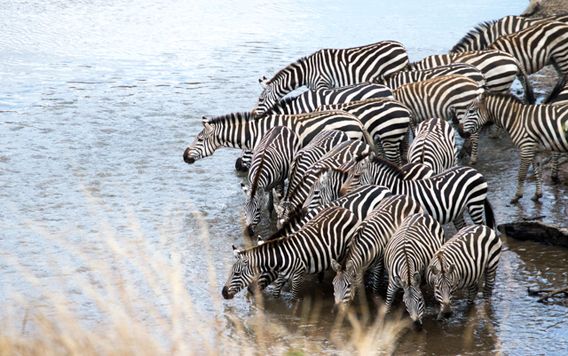 Destinations
Stories out of Africa 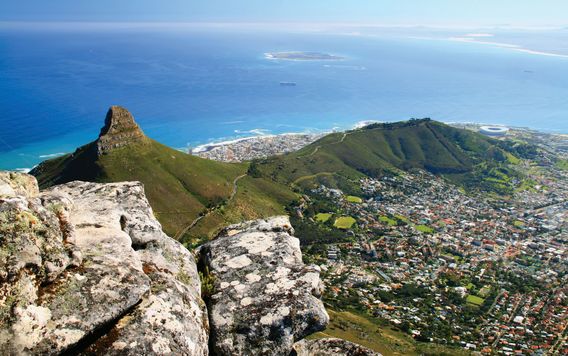