Your virtual sightseeing tour of Petra

Want to “step” into history at one of the world’s most famous archaeological sites? Click through the Google Maps Street View links below for a virtual tour of Petra—you’ll see why it’s been named a UNESCO World Heritage site and one of the Seven New Wonders of the World! (Our tip? Hold your cursor down on each Google Maps screen and drag it left and right for 360° views.) 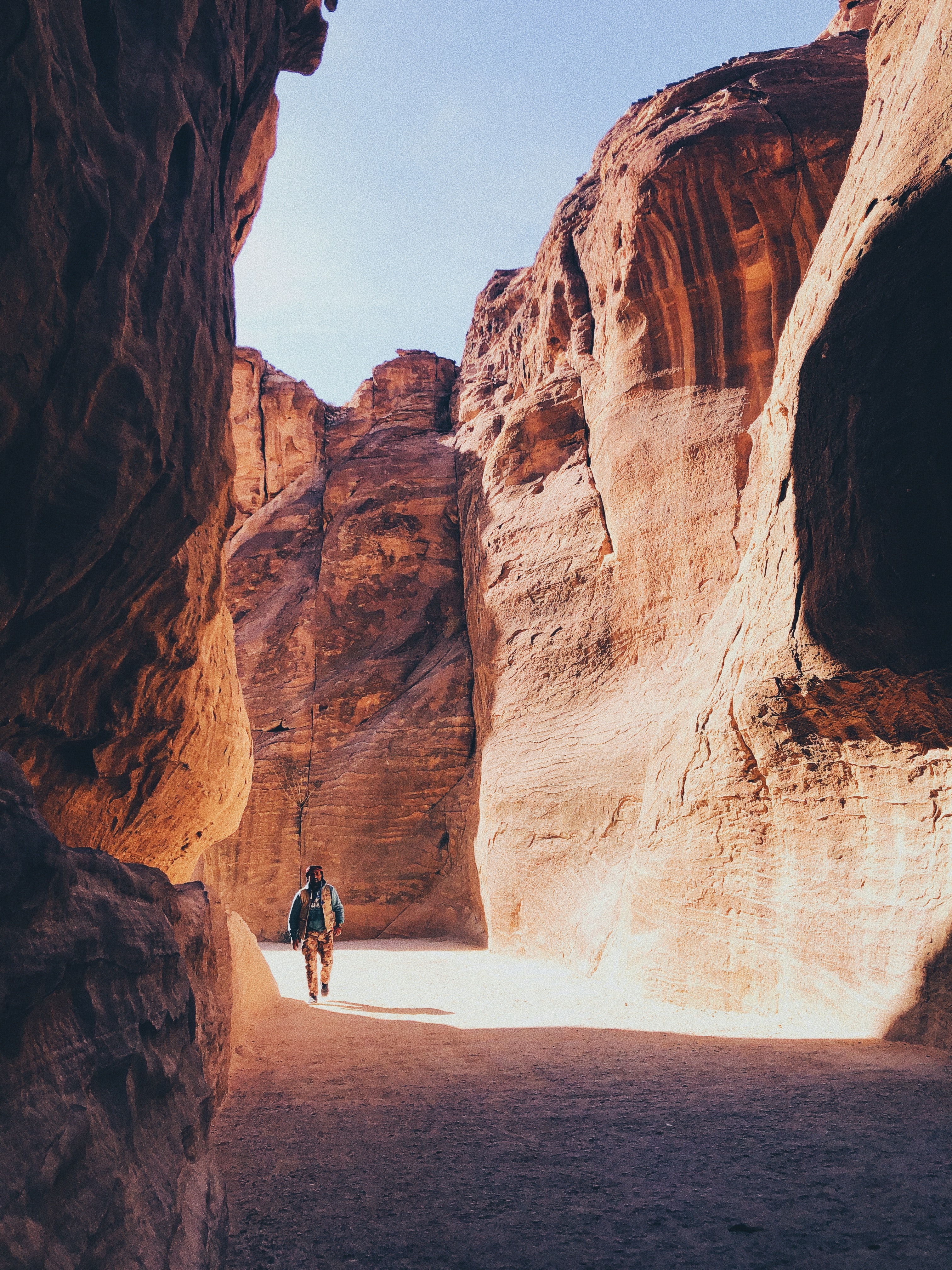 Stroll through the canyon known as the Siq. If ever there was a dramatic entrance to an ancient city, this winding gorge is it. It holds remnants of a Nabataean monumental arch, terracotta pipes that are thousands of years old, and somewhere along the way, there’s an ancient carving of a camel. That’s right, there’s a lot to see in this passage as long as you know where to look (and that’s what your expert Tour Director is for). Just remember to bring light layers for this portion of your visit—when you’re there in real life instead of on a virtual tour, that is. Very little sunlight gets into this passageway, making for a chilly stroll.

Discover why Petra is nicknamed the Rose City. It doesn’t take much guessing once you see the rose-colored sandstone that the entire site is carved from. The hue of the stones even changes during the day depending on how the sunlight hits them. It’s just one special thing to admire among many—as traveler Kelley put it, “I never knew there was so much to see inside of Petra besides the Treasury.” Case in point: Check out the ancient Roman paving stones found within the Siq in this Google Maps photo! It’s nice to have time to admire all the details when you take a virtual tour of Petra at home, isn’t it? 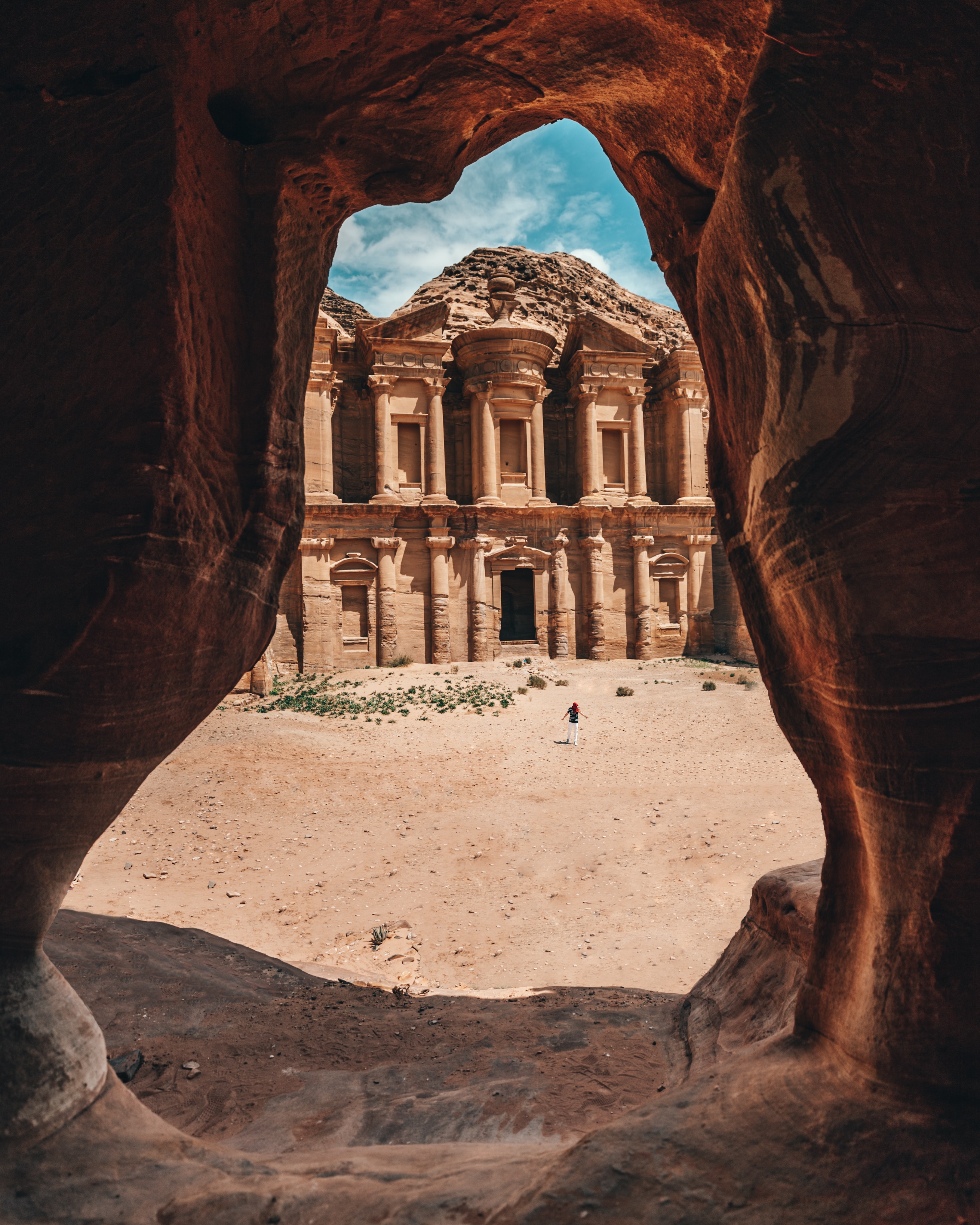 Turn a corner to see the famous Al-Khazneh temple, or the Treasury, which may be what comes to mind when you think of this ancient city. It’s stunning, and spotting it for the first time through a sliver in the Siq is a special moment, even on a Petra virtual tour. Film buffs who’ve seen Indiana Jones and the Last Crusade may even recognize this landmark, but might be disappointed to go inside in real life—there’s not an elaborate labyrinth, like the one shown in the movie, but a small hall that used to be a tomb. (It was a royal tomb, if that helps.) 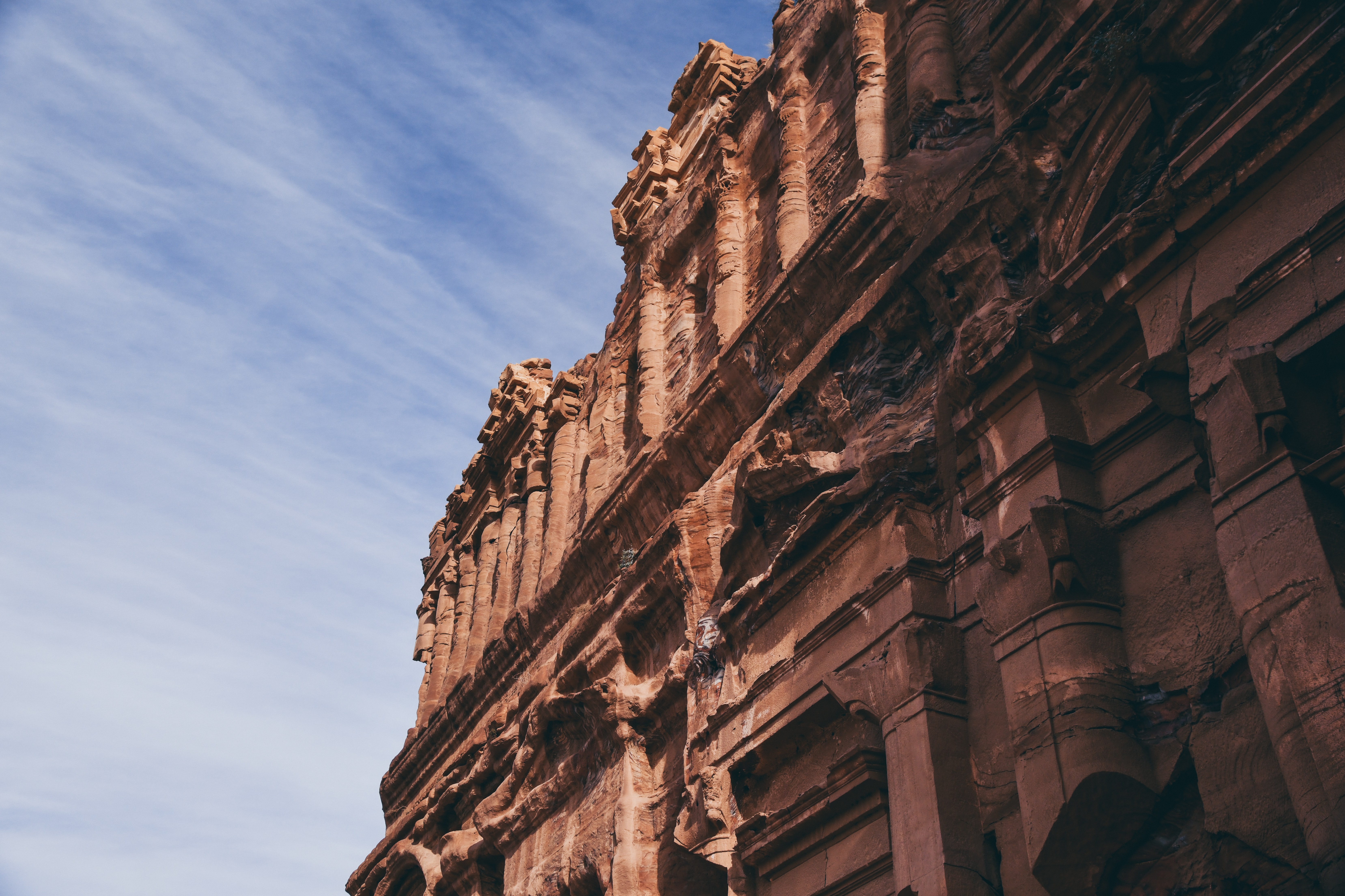 See the Palace Tomb—all three stories of it! This impressive site sports the largest facade in all of Petra, and was intricately carved to look like a Roman palace. Here’s a fun fact for you: Unlike most spots in Petra, this tomb isn’t entirely carved from the existing rock. Rather, a portion had to be added at the top because the stone didn’t extend that far.

Use free time to hike to the Monastery...but only if you’re up for a challenge! Looking for some tips for hiking in Petra? Go Ahead staffer Rebecca has been there, done that. “To me, reaching the Monastery was the most amazing part of visiting Petra, but it takes the longest to get to,” she says. “Carriage drivers can’t get up the tiny paths, so I chose to walk—and I think I ended up walking over nine miles!” (You can skip exerting yourself on a long hike here, folks. That’s the beauty of a Petra virtual tour.)

Put a trip to Petra on your wish list