Green landscapes, full pints, good craic—Ireland has it all. We don’t want you to miss out, so we’re bringing you a virtual tour of one of the country’s most show-stopping, unforgettable places: the Wild Atlantic Way! Click through the Google Maps Street View links to virtually go on our Ireland: The Wild Atlantic Way tour. (Our tip? Hold your cursor down on each Google screen and drag it left and right for 360° views.) 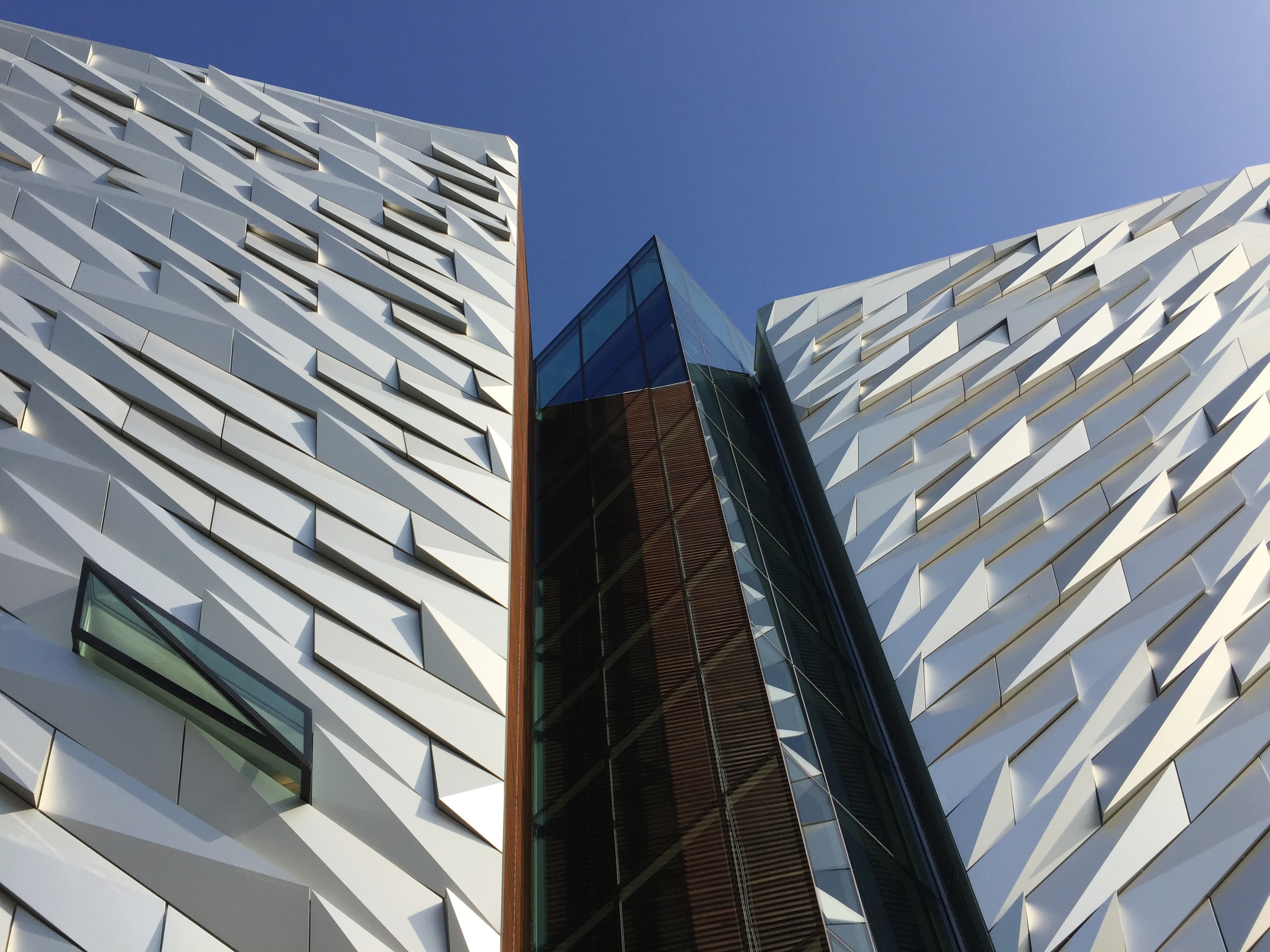 Pay a visit to the Titanic Belfast Museum, which was built to mark the 100-year anniversary of the Titanic’s creation. “The exhibition is well done and is almost impossible to get through without getting a little teary,” said traveler Sam. “The stories of some of the passengers are featured, and it also talks about how the sinking affected the people of Belfast.” 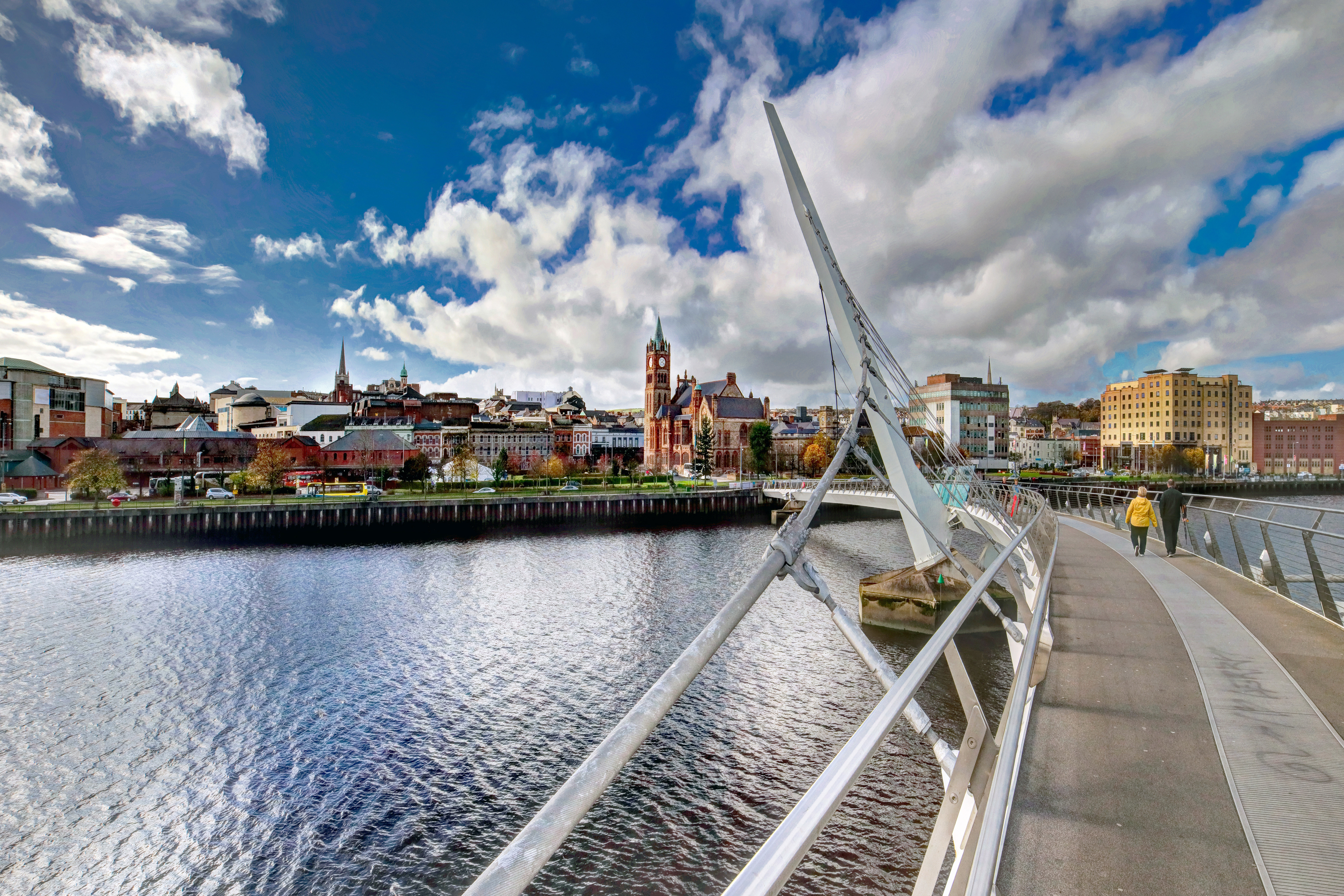 Then it’s on to Glenveagh National Park. This over 40,000-acre park is full of waterfalls, lakes, mountains...and red deer? That’s right, wild deer roam free here, and you may be lucky enough to spot one. You’ll also enter Glenveagh Castle, which boasts pretty spectacular gardens, if you ask us.

Stand in awe of the Slieve League cliffs. At nearly 2,000 feet above sea level, they’re impressive, to say the least—and traveler Ann would agree. “This coast of Ireland is absolutely beautiful,” she said. “Slieve League was amazing. I just couldn’t stop staring at those cliffs.”

Touch down in Donegal, where you’ll watch a weaving demonstration. Ever heard of Donegal Tweed? This is the place that made it famous. Here’s another famous thing that originated in Donegal: the song Amazing Grace, which was penned by John Newton as he looked out at the beauty of Lough Swilly after landing in Donegal in a shipwreck. 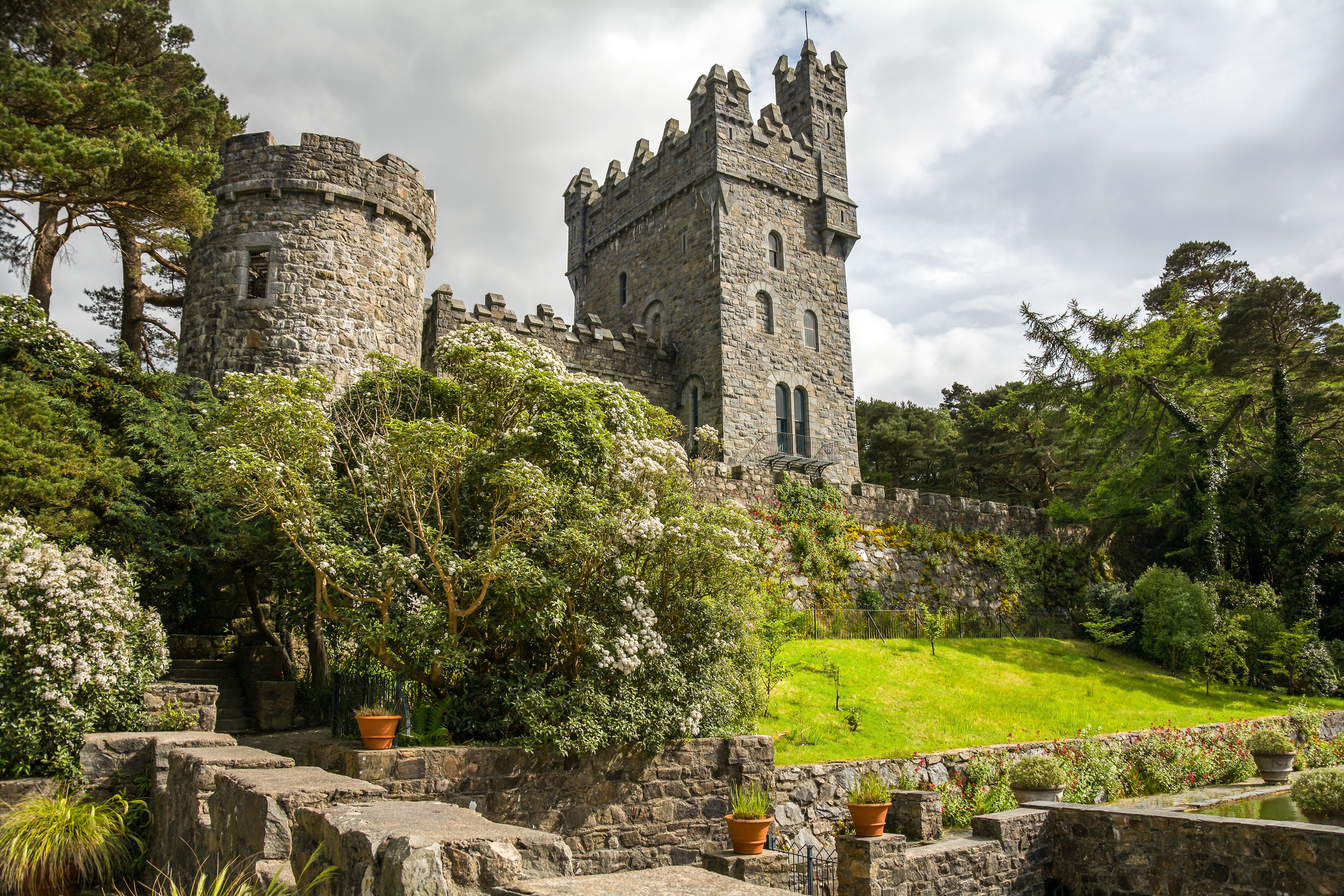 Journey to the village of Westport in County Mayo, taking in the sights as you go. Stop at Mullaghmore Head to snap photos of the 19th-century Classiebawn Castle, step back in time at the Carrowmore Megalithic Cemetery...after seeing all the beauty, you’ll understand exactly why Irish poet William Butler Yeats put pen to paper to immortalize this area’s stunning landscapes.

Pay your respects at Yeats’ grave in the Drumcliffe churchyard. The cemetery has a unique history, as a chaplain will tell you, and includes the remnants of a cross and a round tower that date all the way back to the 500’s.

Set out to explore Sligo during free time. This is as good a time as any to pop into a shop or pub to get a feel for local life. And don’t be shy—the Irish are some of the nicest people. “The Irish hospitality is some of the best in the world,” said traveler Jade. “They opened their hearts and their homes to us and we enjoyed it all.” 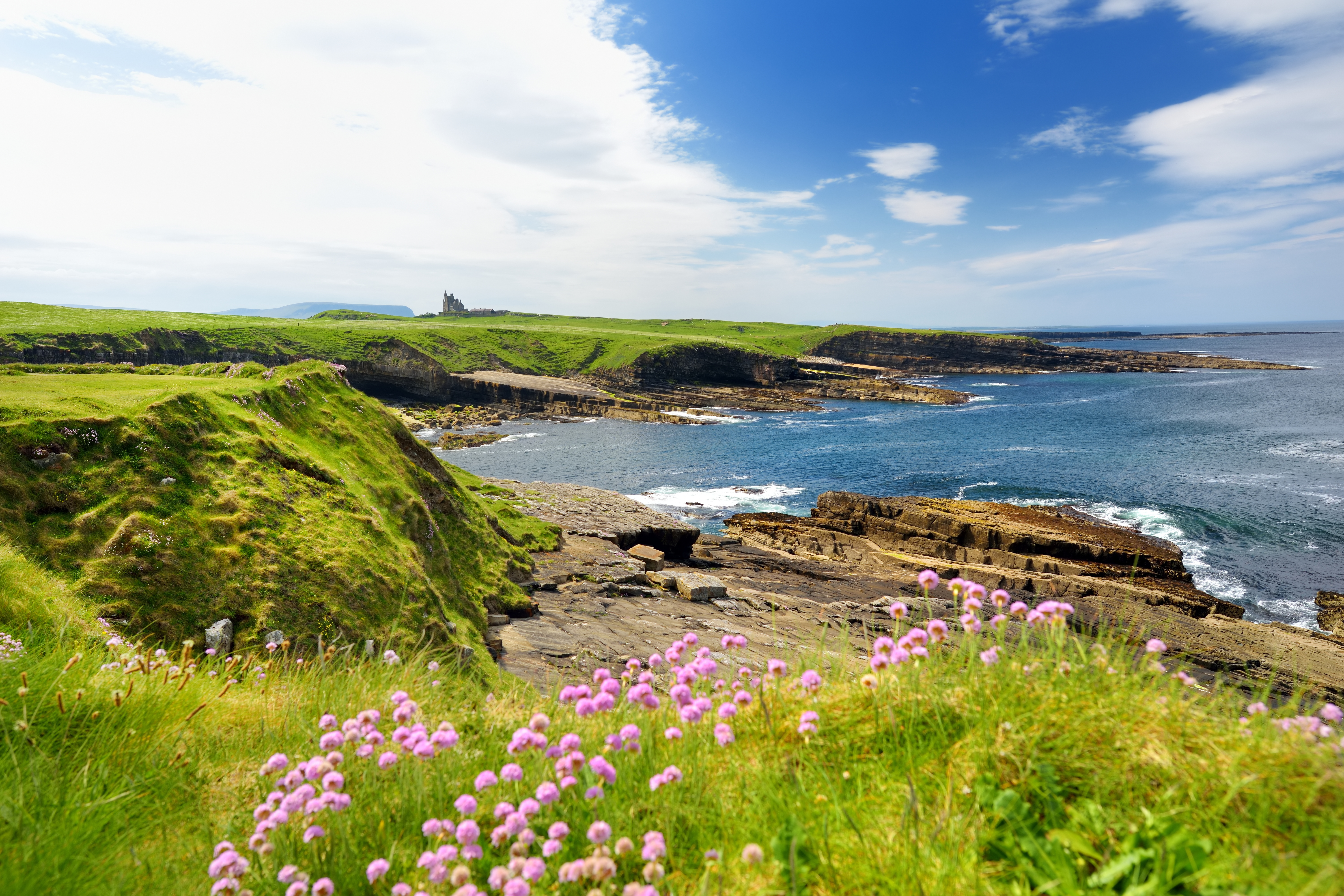 Learn exactly what “idyllic” means on Achill Island. This place is really something else, and came out on top when traveler Dorothy looked back at her trip. “The thing that totally knocked me out was Achill Island,” she said. “It’s got villages, it’s got cliffs, it’s just unbelievable.” (She’s not exaggerating. Picture the prettiest beach you’ve ever seen surrounded by Ireland’s bright green fields, and that’s Keem Beach for you.)

Visit the charming village of Leenane, spot Ireland’s only fjord in Killary Harbor, and soak in views of the Maumturk mountain range. It’s true, the “wow” moments just keep coming on this virtual tour of the Wild Atlantic Way.

Visit Kylemore Abbey in Connemara National Park and explore its Victorian walled garden. The castle was a gift from financier Henry Mitchell to his wife Margaret Vaughn in 1868 after she fell in love with the area’s natural beauty on their honeymoon. Talk about the best gift ever. 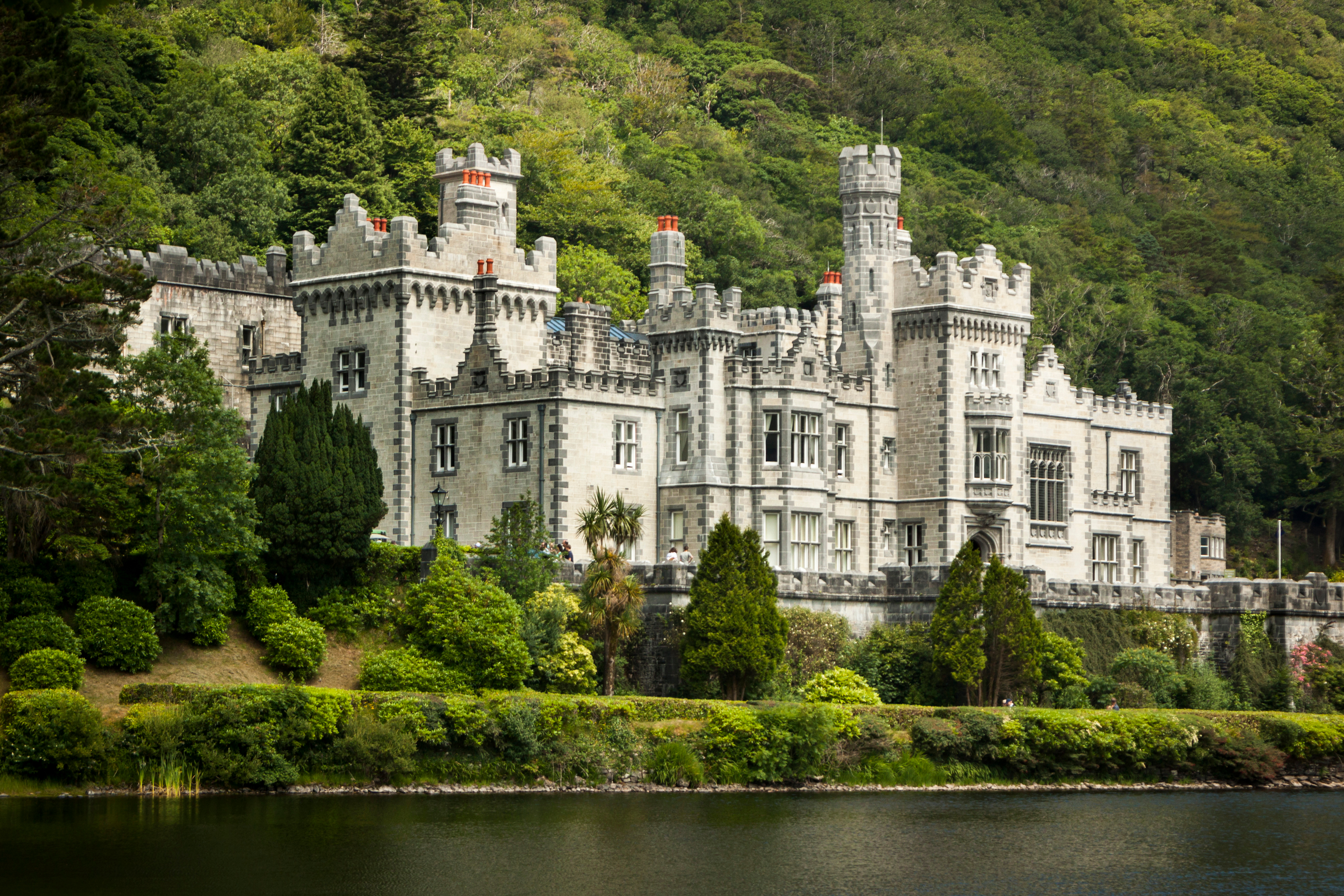 Arrive in Galway for a Tour Director-led walking tour. As with everywhere in Ireland, Galway is lovely. “I loved the architecture—there was so much detail, beauty, and history in each cathedral and castle,” said traveler Jennifer. “The pubs were rich in history as well, and each had its own character and design. My favorites were the ones that had local musicians playing authentic Irish instruments and singing old songs.”

Walk along the mesmerizing Cliffs of Moher, which rise 700 feet above the Atlantic Ocean. “The natural beauty of these cliffs simply can’t be put into words,” said staffer Courtney. “You just have to go and see them for yourself!”

Pass through the Burren, a limestone plateau where fields of rock are dotted with wildflowers. Or, as traveler Deborah put it, it’s “a unique place of interest to botanists, geologists, archaeologists, and lovers of rare scenery.” 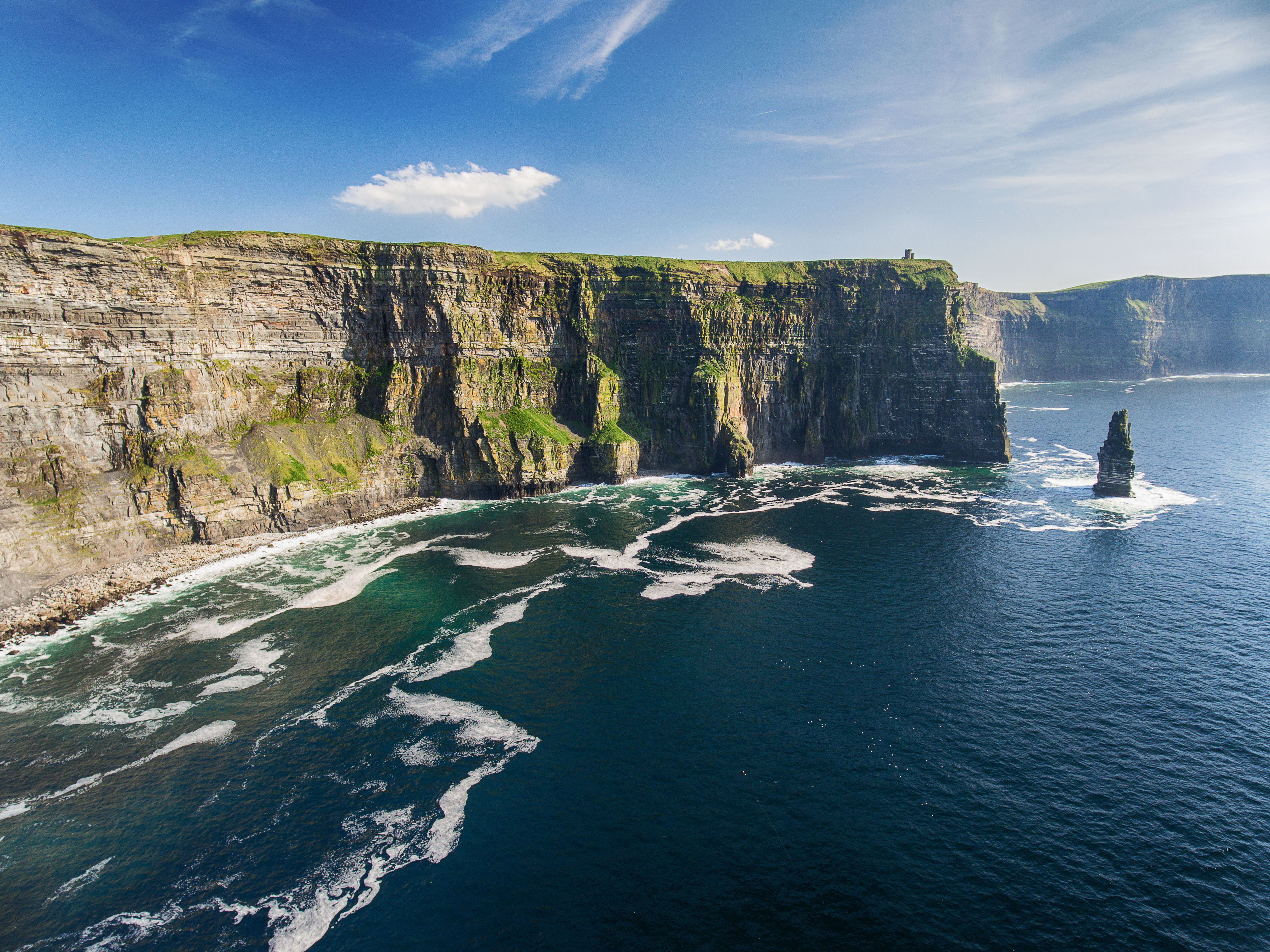 Want to see even more on this Wild Atlantic Way virtual tour? Adding excursions is just the ticket. Marvel at Giant’s Causeway, a site that awed traveler Sarah. “The vast stone columns right on the beach were breathtaking, but make sure you walk far enough to see the stone shaped as a shoe!” she said. Watch a sheep-dog demonstration on an excursion to Glen Keen Farm, which “was absolutely the most interesting, amazing several hours on the whole trip” for traveler Kathy. Or jump at the chance to explore Bunratty Castle & Folk Park.