Your virtual sightseeing tour of London

Pour a cup of tea, pull on your Wellies—you’re on a virtual sightseeing tour of London, England! Click through the Google Maps Street View links below to see the iconic sights we visit on London: The City Experience—you can “be there” while you look forward to actually being there. (Our tip? Hold your cursor down on each Google Maps screen and drag it left and right for 360° views.)

Drive past the grand Trafalgar Square. Today, Londoners would tell you this square is a “brilliant” backdrop for concerts and gatherings, but did you know that it used to be the meeting place for thousands of pigeons? Feeding the pigeons was banned in 2003, which makes for a much nicer visit, indeed.

Pass by St. Paul’s Cathedral, perched atop Ludgate Hill. The English-Baroque landmark is striking, but traveler Peter had the right idea when he went inside during free time—the interior is a stunner. “It has very large windows that are not stained glass,” he says. “The clear windows let a huge amount of light in and make the huge mosaics all around the cathedral really pop with color.” 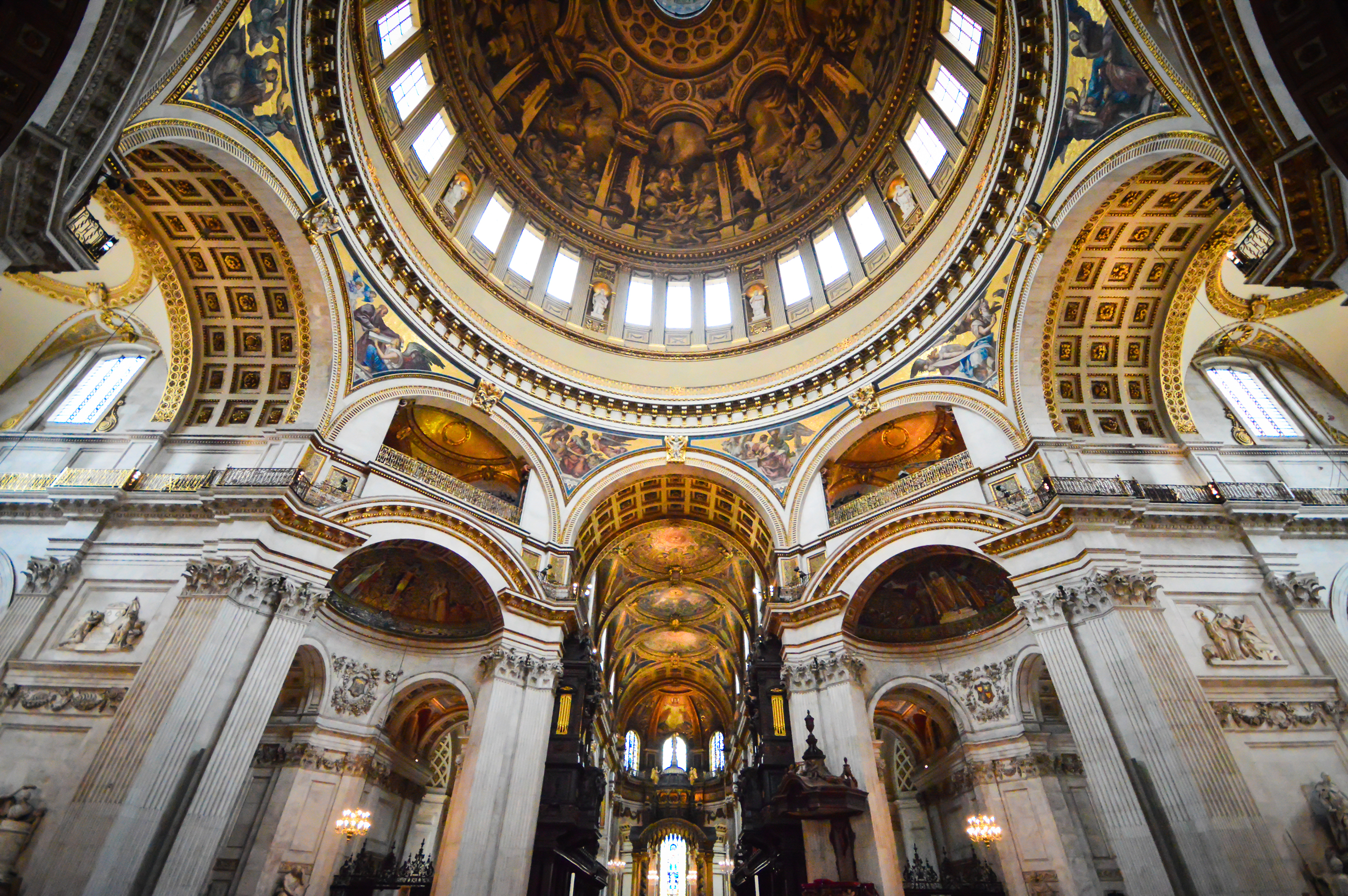 Next up, See Westminster Abbey. It’s the setting for royal coronations, weddings, and funerals, and there’s one very important artifact sitting pretty inside: King Edward’s chair. This chair has been the regal seat in every royal coronation since 1308! Talk about a famous piece of furniture.

Lay your eyes on Big Ben—sans scaffolding. That’s one tiny perk of seeing this British icon virtually...it’s been hidden behind scaffolding for the past few years, and renovations won’t be fully unveiled until 2021. But, we were able to dig up a Google Maps view of the uncovered landmark in all its glory.

Snap a photo of another London icon: a red phone booth! “Everyone traveling to London needs a picture in a red phone booth—everyone,” says traveler Jillian. “When you’re on the side of Parliament Square facing Big Ben, you can stand in the red phone booth and ask someone to take your photo so that they’re both in the background!”

Gaze up at the London Eye. Fun fact: This landmark was initially built as a temporary structure to celebrate the new Millennium, and is Europe’s largest ferris wheel. You know what that means: You’ll be able to get A+ photos from the top when you take a ride during your farewell dinner on tour! You may even get to ride in the red “Coronation Capsule,” which was named to commemorate Queen Elizabeth II’s 60th coronation anniversary. 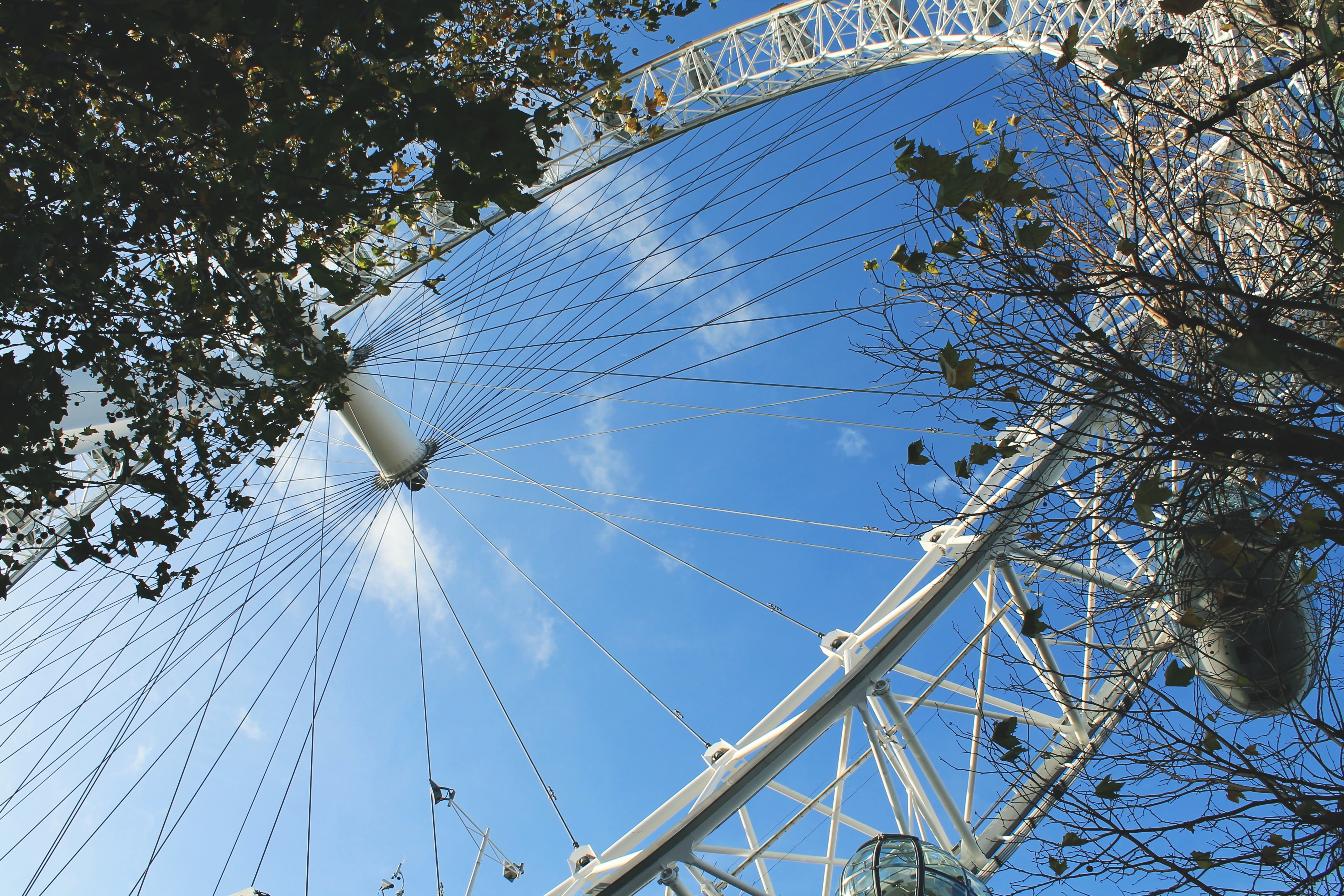 Take a picture of Tower Bridge, a sight that truly wowed traveler Vivian. “Our hotel was a couple of blocks away from a stunning view of the iconic Tower Bridge, which became my first captured moment of the trip,” she says. “I was in awe of the beauty of this wonderful city—I fell in love with London immediately.”

See the Tower of London, which, despite its name, is actually an ancient castle. It’s the current home of the Crown Jewels, has served as a prison to everyone from Anne Boleyn to Sir Thomas More, and holds an extensive collection of medieval armor. (History buffs, this is right up your alley.)

Stop by Buckingham Palace, where you may even catch the Changing of the Guard. This ceremony turned out to be one of traveler Chimdi’s top memories from her tour of London. “I didn’t know that the Changing of the Guard was a much longer march,” she said. “As the guards were marching, all the folks who were there to watch were running along with them. My friends and I did a solid power walk-slash-trot for the experience!”

Use free time to browse the stalls of Borough Market (a London institution!), where you can pick up everything from fresh flowers and produce to hot sausage rolls and British charcuterie. Still hungry...or thirsty? Sip a classic Pimm’s Cup at Mr. Fogg’s Gin Parlour in Convent Garden, which traveler David says is a must-visit. Or, spring for afternoon tea at Sketch, a spot pretty enough to be a scene out of Alice in Wonderland. Cheerio!