Tips for eating in France

French cuisine has long been celebrated as some of the best in the world. But eating in France isn’t just about savoring delicious food—it’s about sharing the experience. Here are some tips to help you decide where to eat, what to try and how to sound like a local when you order. Oui? 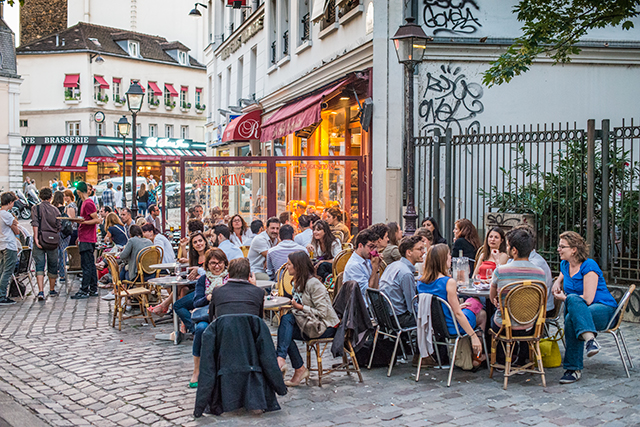 France offers many different kinds of eating establishments, ranging in style and price. Here are a few of the most typical ones you’ll come across in your travels:

These coffee shops are social gathering places, opening early every morning and closing around nine in the evening. They may offer breakfast and lunch but typically do not serve much food other than small bites like a croissant or a croque-monsieur, a grilled ham-and-cheese sandwich.

As in the United States, restaurants offer a wide variety of food and can vary in price and formality. In a French restaurant, “le menu” refers to the fixed-price menu of two or more courses, while “la carte” refers to the sheet of paper we traditionally call the menu.

A small restaurant that may offer regional cuisine.

You’ll find these relaxed restaurants, which may also brew their own beer, along many streets of Paris.

Bars in France aren’t all that different from bars here in the United States. They serve a wide variety of different alcoholic and non-alcoholic beverages. 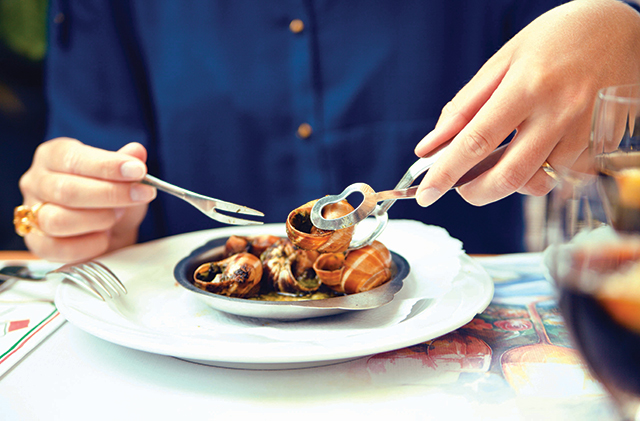 The French eat a fairly light breakfast each morning, usually consisting of slices of bread with jam and coffee or tea.

Lunch was traditionally a two-hour, several-course affair in France, but today it’s often a quicker meal of salads or sandwiches. The French tend to linger over their time around the table during their primary meal, whether that’s lunch or dinner—it’s an opportunity to relax, unwind and enjoy time with family and friends.

Served around eight or later, dinner is sometimes the main meal of the day and can be made up of several courses. A typical menu is:

1. L’entrée, or “appetizer,” is the introductory course, such as soup.

2. Le plat principal, or “main dish,” can be anything from meat to fish and is often served with a vegetable.

3. Le fromage, or “cheese” course, often follows the main dish. Sometimes a green salad is served between the main dish and the fromage course as well.

4. Le dessert is your typical tasty sweet—it can be pie, cake, pastry, or even fresh fruit. 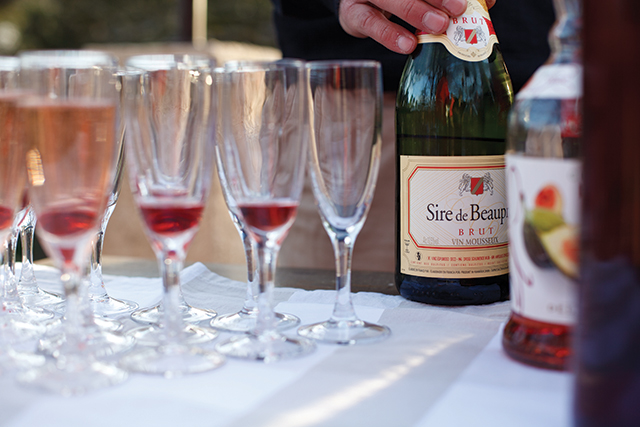 A little effort in speaking the local language can go a long way in showing that you’re open to new experiences—not to mention it’s just polite! When ordering, try using the phrase above to say “I would like ____ please.“

If you’d like tap water, ask for “une carafe d’eau.” It may be assumed that you want bottled water or mineral water if you don’t specify which type you’d prefer.

Order your beverages at the right time

It’s typical to enjoy “un apéritif” or dry, pre-dinner drink before a meal and “un digestif” (such as brandy, cognac or a liqueur) after a meal. Wine can accompany your dish as well—wine lists at restaurants are usually organized by region.

Like the majority of restaurants in Europe, you’ll have to ask for the check when you want to pay and leave—it’s considered rude for waitstaff to interrupt diners while they are enjoying a leisurely meal. To ask for the bill, say: “L’addition s’il vous plaît.” Look for “service compris” on your bill—if it’s there, then your tip is already included. 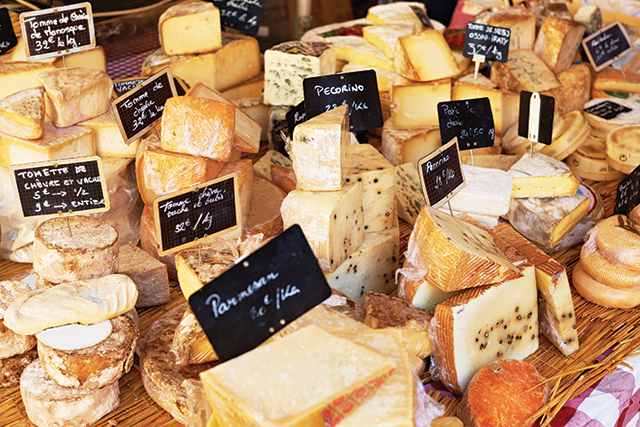 You can’t go wrong with this classic. Stop by a “boulangerie,” or bakery, to sample a freshly baked loaf of bread.

Whites, reds, and everything in between

From bubbly Champagne to full-bodied Bordeaux, the wines of France offer something for everyone.

Experience the world through its many flavors on one of our Food & Wine Tours of France—or beyond.