At the border between France and Germany lies a charming city that offers a little bit of both cultures: Strasbourg. This warm and inviting city, which feels more like a town, is in the heart of the Alsace region in northeastern France. Read on for more about the mix of ancient and modern you’ll experience on a trip to Strasbourg.

A unique blend of cultures

There’s a reason why Strasbourg means “the city of roads” in German. Along with the rest of the Alsace region, it has been part of Germany at several points in time throughout history. Its strategic position at the edge of two countries has put Strasbourg at the crossroads of cultures over the centuries. After German occupation during both World Wars, the now-French city has since become an important center for many European Institutions, including the Council of Europe and the European Parliament, the European Union’s legislative body. 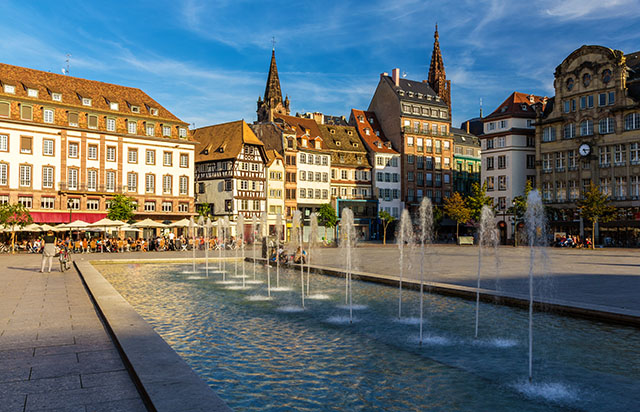 The Grand Île, which translates to Big Island, is nestled between two branches of the River Ill, a tributary of the Rhine. This island is the historic center of the city and recognized as a UNESCO World Heritage site.

Walk through this neighborhood and you’ll feel as though you stepped into a fairy tale. Medieval cobblestone streets, colorful half-timbered houses, and winding waterways make the Petite France area the most picturesque part of the city.

A stunning example of Gothic architecture, the Strasbourg Cathedral is built of red Vosges sandstone. Check out the 16th-century Astronomical Clock, which comes to life during a daily afternoon show, and climb to the top of the 455-foot tower for incredible views.

Located across from the cathedral, this mini-Versailles now houses three museums: The Archeological Museum, the Museum of Decorative Arts, and the Museum of Fine Arts.

Board a river boat to see the cityscape by water. Look out for the iconic Ponts Couverts, covered bridges in the old areas of the city, and the European Institutions in the modern part of Strasbourg.

This German town is located just across the Rhine River—an easy walk or bike ride from the center of Strasbourg. 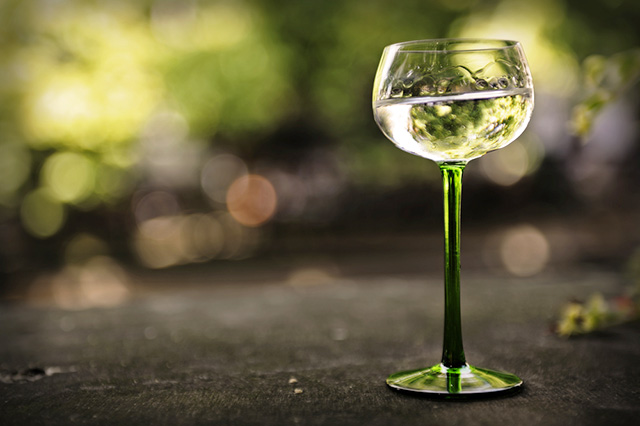 What to eat (and drink!)

The classic recipe of chicken mixed with vegetables and wine takes on a slightly different flavor in Alsace than it does in other regions of France. Here, white wine is used instead of red wine.

This German-influenced recipe is a hearty platter heaped with sauerkraut, potatoes, and many different kinds of sausages and cuts of pork.

Traditionally served as a simple farmer’s meal, this wood-fired flatbread made with crème fraîche, onions, and thinly-sliced bacon can be found at many restaurants in Strasbourg and the surrounding towns.

Meaning “baker’s oven,” this flavorful stew is made from a mix of onions, potatoes, and meat marinated in white wine and slow-cooked in a sealed ceramic dish.

The region is famous for its white varietals, including dry rieslings and flavorful gewürztraminers. Sample them both at a winstub, or traditional wine tavern. During the holiday season, try vin chaud—hot mulled wine—at Strasbourg’s annual Christmas Market.