7 animals in Patagonia to spot on tour

Need a reason to add Patagonia to your travel wish list? Well, we’ve got 7 for you right here. Patagonia is one of those incredible places where there are more animals than people. While on tour in this up-and-coming Must-See Destination, you’ll have the chance to see unique wildlife of all kinds.

The lakes, glaciers, mountains, and forests in Torres del Paine National Park make a stunning backdrop for spotting diverse wildlife. One creature you’ll likely come across here is the guanaco, a graceful, long-necked herbivore and member of the camel family. This wild herd animal is native to South America and a close relative of the llama and alpaca.

This species of penguin owes its name to the explorer Ferdinand Magellan, who recorded sightings of it in the early 1500s. Magellanic penguins can be found at the southern tip of the continent, on both the Atlantic and Pacific coasts. Want a close look at these adorable waddlers? Take an excursion to Magdalena Island, part of the Los Pingüinos Natural Monument and a popular nesting ground for these cute critters.

If you haven’t heard of a rhea, chances are you’re familiar with its distant relative: the ostrich. These flightless creatures are the largest birds in South America. Though they have big wings, rheas use their long, powerful legs to get around.

Fun fact: females can lay up to 50 eggs and males tend to the chicks once they’ve hatched!

Whether you call them pumas, mountain lions, or cougars (they go by all of these in different regions), these wild cats are impressive. Their numbers are high in Torres del Paine, where they prey on guanacos, but catching a glimpse of one of these predators is rare. Patagonian pumas tend to stay away from humans since they’ve historically been killed by ranchers to protect their livestock.

Also known as the culpeo, the Andean fox is a species that can only be found along the western coast of South America. While it may have a furry brownish-reddish coat and bushy tail that are reminiscent of a domesticated dog, remember that this fox is a hunter out in the wild.

This striking bird of prey is hard to miss as it soars through the sky, seeking out food below. With a huge wingspan (sometimes reaching ten feet!), the Andean condor thrives in windy areas both in the mountains and along the coast.

Chile’s national animal is this forest-dwelling deer. The South Andean deer, or huemul, is shorter and stockier than some of its other relatives. These shy creatures are, unfortunately, on the endangered species list so you’ll be lucky to catch a glimpse of one.

There’s only one way to see all of these incredible animals for yourself: heading to Patagonia on tour.

Learn more about traveling to Patagonia 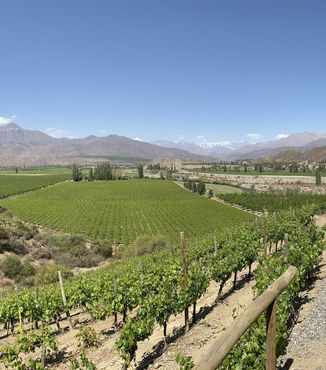 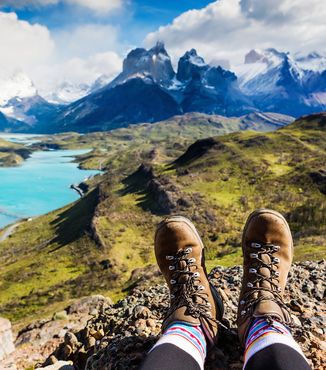 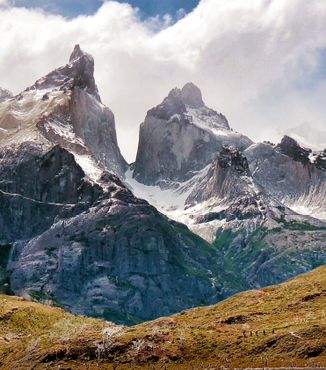 Destinations
What to pack for Patagonia