What makes Buenos Aires “The Paris of South America”

If you ask us, no traveler’s bucket list is complete without Paris or Buenos Aires in the mix. While each capital deserves its own moment to shine, visiting Buenos Aires on tour is one way to get an idea of what both destinations are like. This cosmopolitan spot in Argentina has been nicknamed “The Paris of South America,” and the similarities are many (hello, striking architecture and world-class fashion scenes). Here are four reasons why Buenos Aires is a can’t-miss cultural hub—and why it’s so often compared to the City of Light. 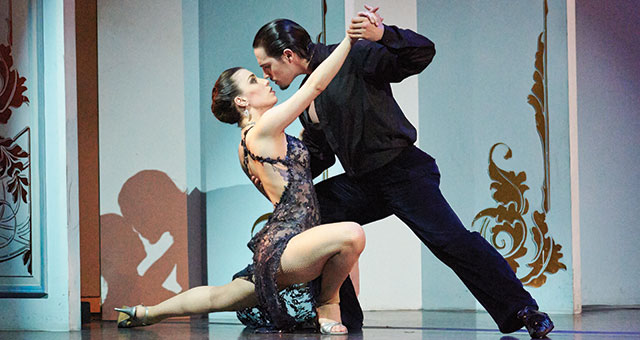 A deep current of city pride runs through Buenos Aires, and asking any local about themselves is a quick way to uncover it. Just as Paris natives would call themselves Parisian before saying they’re French, people born in Buenos Aires would tell you they’re specifically Porteños, or people of the port, before calling themselves Argentinian. While Buenos Aires holds its own unique identity in high esteem, it has a strong European feel thanks to the many immigrants from Spain, Italy, and beyond who have made the city home throughout history. Today, this palpable European influence mingles with a culture that is distinctly Argentinian. 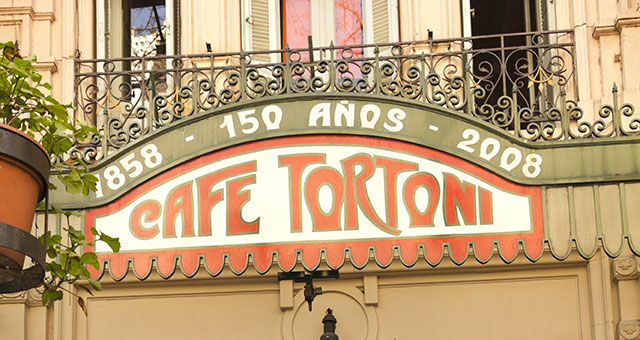 Paris may call to mind bustling streets lined with quaint cafes, and that’s the same thing you’ll find in Buenos Aires. Here, the cafes are called bodegones, which are the places to rub elbows with locals while trying authentic Argentinian bites. From ice cream, empanadas, and cookies called alfajores to steak, pizza, and breaded meats called milanesas, Buenos Aires offers up a truly mouthwatering food scene. For a firsthand look at the city’s culinary culture, pop into a bodegon at 4pm to take part in the merienda, which is a small social meal consisting of breakfast goodies like pastries and coffee.

“Café Tortoni is a really popular bodegon because it’s very close to the Obelisco and Plaza de Mayo, two of the city’s most famous landmarks. People can even go there to watch tango shows!” —Gustavo, Go Ahead staffer 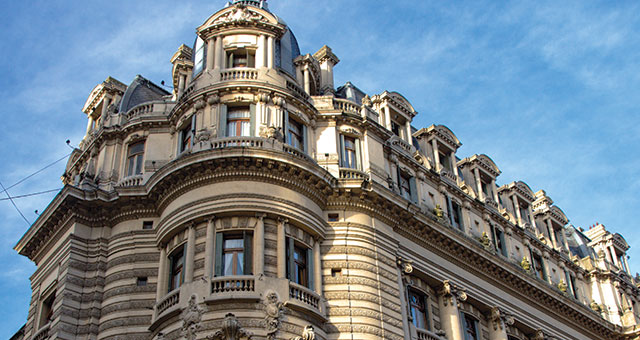 Inspired by Paris’ collection of world-class artwork? Then Buenos Aires is another art hub that certainly won’t disappoint. Here in the Argentine capital, the genius of artists from South America and beyond is on display inside a vast array of museums. Admire the work of Latin American artists from the 20th century through today at the MALBA. Or marvel at work by European Impressionists and more at The National Museum of Fine Art. While there may be no substitute for stepping inside the Louvre in Paris to see the Mona Lisa, Buenos Aires’ many famous masterworks hold their own—and then some.

“I consider myself a museum lover and while studying abroad in Buenos Aires, I visited close to 50 different museums! One of my favorites was Museo Evita, which immortalizes the life of Eva Perón. She was more than a political presence, and was one of Argentina’s most-loved first women.” —Julietta, Go Ahead staffer 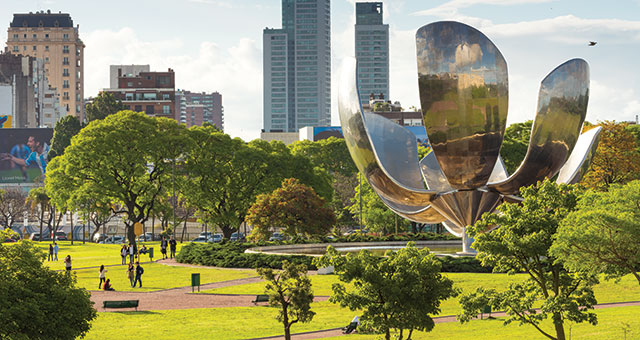 4. There are sprawling parks aplenty

If serene outdoor spaces are what you seek, Buenos Aires has them in spades. The city is dotted with stunning public parks (which call to mind all the best places to picnic in Paris, and some can’t-miss gems include El Rosedal, the Botanical Gardens, and the Ecological Reserve. Here, time is well-spent lounging in the shade, strolling along flower-lined paths, or sitting down for a picnic lunch of Argentinian noshes.

Staff suggestion: Visit the parks in the Palermo neighborhood

“I grew up in Buenos Aires, and the parks in the Palermo neighborhood are my favorite because I used to go there with my grandparents. There is an area of one park with a beautiful white bridge, and it’s a great place for family fun. Go to ride peddle boats, eat garrapiñadas (candied almonds), and relax in nice picnic areas.” —Gustavo, Go Ahead staffer

Have you ever been to Buenos Aires or Paris? Tell us why you loved each city on our Facebook page!

Explore Buenos Aires on our tours