The food scene in Buenos Aires 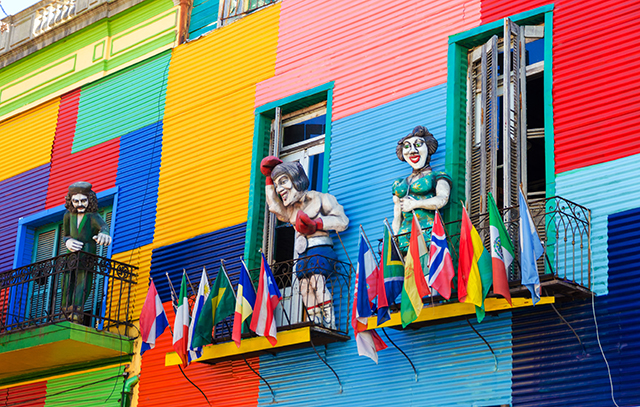 We love predicting the next hot spots on the international food scene, and right now our eyes are trained on Buenos Aires, Argentina. The city’s culinary scene is moving toward a reinvention of traditional dishes, and these are the Argentine specialties you’ll want to keep on your radar.

Argentina in general is known for its steak (served “asado,” meaning grilled), and no visit is complete without a visit to one of the local parillas —the name for an Argentine steakhouse.

An essential part of the parilla experience, this green sauce is made with cilantro and garlic to give grilled meats an extra kick.

Whether it’s crafted as ice cream, a syrupy sauce or simply eaten with a spoon, we’ll take dulce de leche—a caramel-like dessert made from sweetened milk—in any form. Check out our Tour Director’s tips for making it at home!

The fifth largest producer of wine in the world, Argentina is most famous for its Malbec. While the Mendoza region produces the majority of Argentine wines (including Malbec), its varieties of Tempranillo and Cabernet Sauvignon are becoming increasingly popular.