Your virtual sightseeing tour of Paris

The City of Light is très magnifique. While you look forward to sipping café au lait on a future trip, we’re bringing the city to you on a virtual tour of Paris! Click through the Google Maps Street View links to see the iconic sights we visit on Paris: The City Experience—it’ll be like you’re there. (Our tip? Hold your cursor down on each Google screen and drag it left and right for 360° views.)

Take a drive down the Champs-Élysées. This swanky boulevard is one of the most famous roads in the world. As you drive, you’ll pass by upscale boutiques, outdoor bistros, gardens, and pedestrians dressed to the nines. Speaking of well-dressed locals... Paris is noted as a fashion capital and Parisians dress in a simple, sophisticated way. So, when you’re on a future tour of Paris, put your best foot forward while out and about. (Don’t worry, sweats are more than appropriate for this Paris virtual tour!) 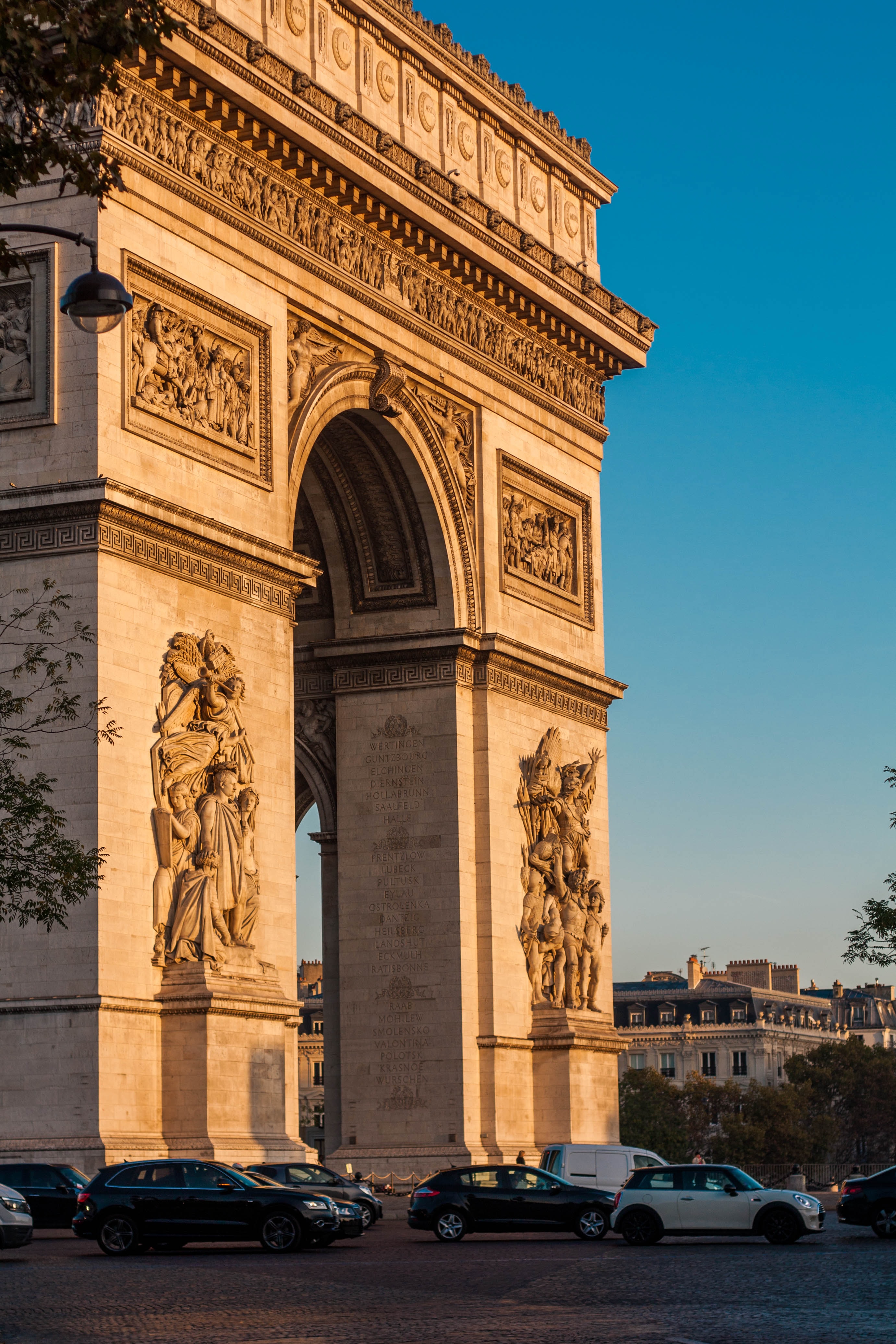 Spot the Arc de Triomphe, which is sitting pretty at one end of the Champs-Élysées in the center of the Place Charles de Gaulle. Did you know that Place Charles de Gaulle used to be called Place de l’Étoile? That’s because 12 avenues radiate out from this point, forming an étoile, or star! And the Arc de Triomph is a star, indeed. This triumphal arch was the brain child of Napoleon I in 1806 after a military victory, and still stands as one of the most iconic landmarks in Paris.

Continue past Pont Neuf, which stretches to connect the two UNESCO-listed banks of the Seine River. The start of construction dates all the way back to 1578, and Pont Neuf stands as the oldest bridge in Paris. It’s vintage, if you will.

Take a mental picture of Notre-Dame Cathedral. Part of the beauty of seeing this icon on a Paris virtual tour is being able to see it at its best, before a blaze toppled the cathedral’s spire in 2019. Still, if you ask traveler Jerry, “It is a superb example of Gothic architecture.” 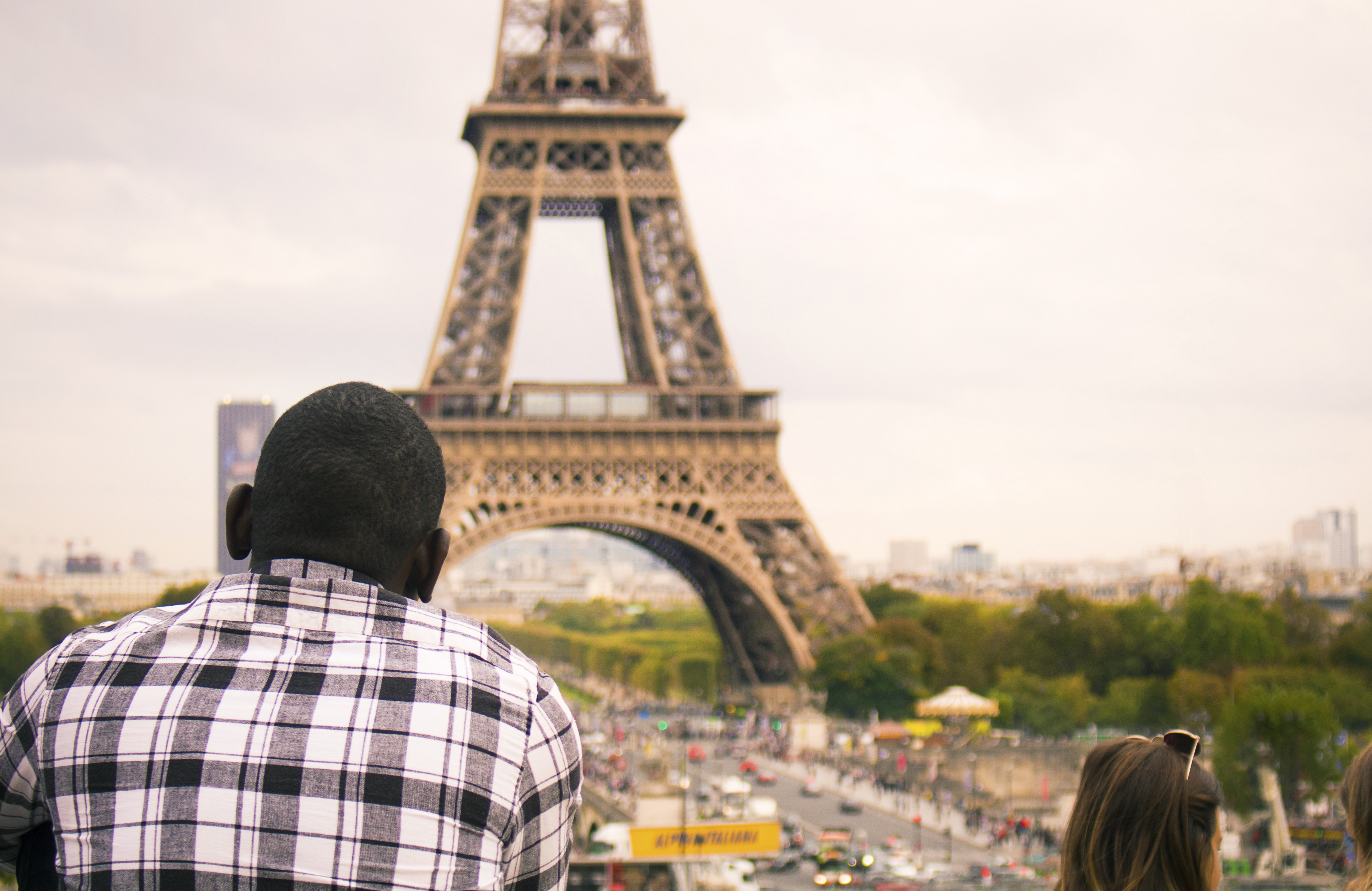 Check “see the Eiffel Tower” off your bucket list. This iconic landmark is practically synonymous with Paris. It was also the backdrop for one of the biggest days for travelers Ashley and Kevin: The pair opted to tie the knot during free time on our London, Paris & Rome tour! It doesn’t get more romantic than that. “It was amazing—it was just the two of us eloping in Paris next to the Seine River with the Eiffel Tower in the background,” Ashley said. If you think the site is pretty during the day, be sure to see the Tour Eiffel after dark when all the lights sparkle. “The lights, landmarks, and busy streets take on a new life when they’re all lit up,” says traveler Jimmy.

See the Palais Garnier opera house, home to wonders like an 8-ton bronze-and-crystal chandelier, an almost 200-foot-high auditorium bedecked in red velvet, and more. You should make it a point to come back during free time on tour in Paris to marvel at the interior! It’s truly magnificent, and served as the inspiration for the famous musical The Phantom of the Opera.

Peek at Place de la Concorde, the city’s grandest square. It bookends the Champs-Élysées opposite the Arc de Triomphe, and is a good spot to find some of the best French food. (Well, it’s hard to find bad French food on tour in Paris, if we’re being honest.) “If you like soufflés try Le Soufflé near Concorde square,” says staffer Fabrizio. “They (only!) serve all sorts of soufflés, from starters to desserts. The Grand Marnier one is a ‘Grand Moment!’” 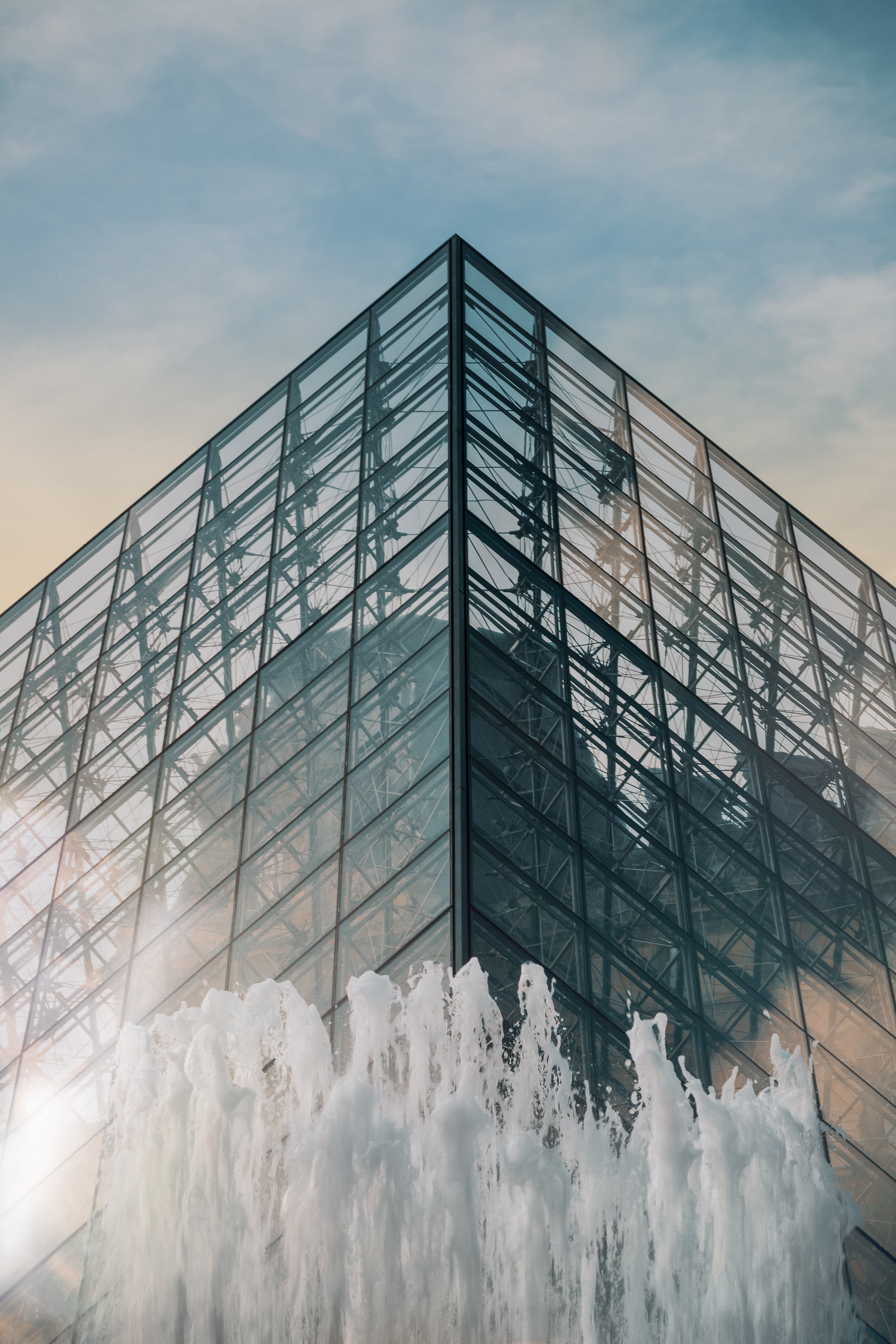 Admire the architecture of the Louvre, including the glass-and-metal pyramid out front. Parisians didn’t necessarily welcome the addition with open arms when architect I.M. Pei built it in 1989, but everyone’s since come around—it’s now a famous part of the cityscape. It’s also one of the four main entrances, which brings us to our next tip: If you want to visit the Louvre during free time, buy tickets in advance or seek out the right door. “We went to the Louvre and were surprised by the long, tangled line for tickets at the main entrance,” says staffer Adam. “But when walking around the building we found the Porte des Lions entrance. There were five people in line and we were touring the museum in minutes!”

Take in the beauty of Hôtel des Invalides. The architecture may be stunning, but it’s the story behind the site that makes Les Invalides really special. This complex was conceived by King Louis XIV in the 17th century as a place to house disabled and retired veterans. That’s right—the Sun King who built himself the Palace of Versailles also ordered the construction of this historic site! There’s still a working military hospital in operation here today, as well as 15 courtyards, two chapels, and the crypt of Napoleon Bonaparte. 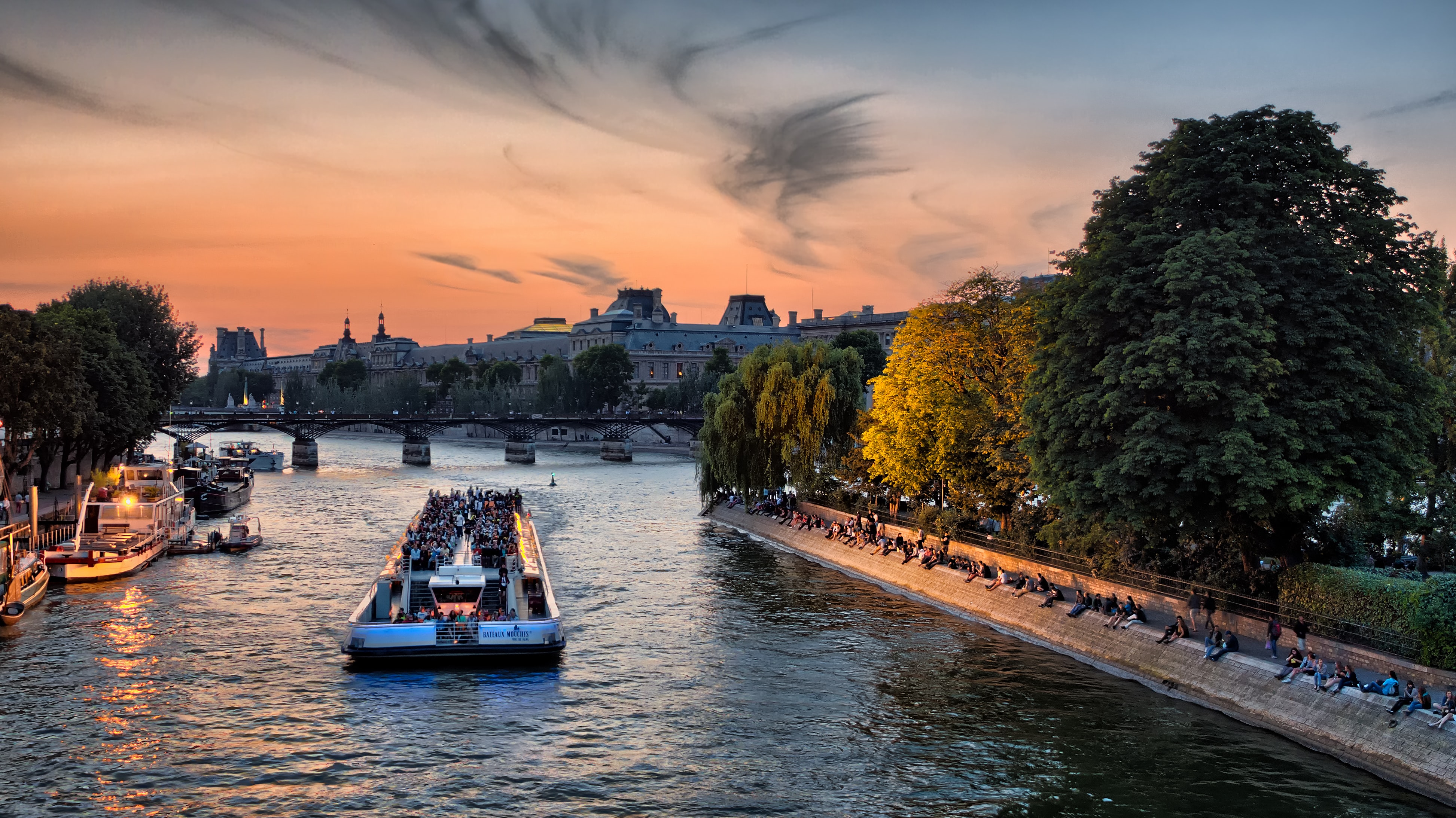 Want to uncover more on our Paris virtual tour? Add an excursion to Giverny to see where Monet found inspiration for some of his most renowned works of art (ever heard of the Water Lilies series?). Or, add an excursion to cruise down the Seine River at night—a highlight of traveler Chimdi’s summer trip to Paris. “We passed the Eiffel Tower when it was lit up with sparkling lights,” she said. “I think there was a ballroom class going on because people were dancing along the water.” If royal history is more up your alley, add an excursion to Versailles Palace & Gardens, where everything from the Hall of Mirrors to royal living quarters await.

Have you ever visited Paris? Share your favorite memories of the City of Light on our Facebook page!