When traveler Rachel set out on our Highlights of Northern Europe: Amsterdam to Stockholm_ tour, she took a unique approach making it her own. During her free time, she made it her mission to try as many vegan-friendly restaurants as possible! Here, Rachel shares her favorite finds for eating vegan on tour in Northern Europe._

Having a diet that isn’t exactly mainstream can be a source of undue concern, but it shouldn’t stop anyone from experiencing the world. In fact, I found that my recent trip to Northern Europe was actually enhanced by my quest for vegan-friendly dining!

For starters, I did a bit of research ahead of time, which was fun and gave me a lot to look forward to. Plus, I had the reassurance that I’d find things I could eat in this part of the world. One of the greatest resources was Instagram—all I had to do was search “vegan + [city name]” and voila! Next thing I knew, I was spending hours looking at different menus and deciding where to go! I came across more vegan places in Amsterdam than I could possibly fit into my schedule, and stumbled upon even more while I was there—it is among the most vegan-friendly cities I’ve been to.

As a solo traveler in a new city, it can be hard to decide where to go during free time on tour. But because I had a few restaurants mapped out that I wanted to try, I was able to plan my time around where I wanted to eat next. It wasn’t intentional, but all of the places I had on my “hit list” for Amsterdam were in different parts of the city, and I ended up seeing neighborhoods that I wouldn’t have thought to visit otherwise.

While I put together a list of options before leaving for my trip, I still had a handful of unplanned meals that I’d have to figure out on the fly. Both my Tour Director and a simple “vegan near me” search on Google Maps were helpful in those instances. Here are my top picks for vegan restaurants to try in Northern Europe.

This restaurant popped up in my searches and was quite close to my hotel in Amsterdam, which made it perfect for lunch on my first day, shortly after checking in. I loved the vegan Ruben, elderflower sparkling lemonade, and decor at this cute little spot.

This is another spot that I came across ahead of time and made a reservation at. After an overnight flight and a day of trying to adjust to the time change, I almost bailed on this meal. I’m so glad I powered through the temptation to call it an early night and instead checked out this awesome place. I highly recommend the Sunshine Bowl—made of marinated noodles with smoked tofu, kimchi, pickled daikon, sugar snaps, purple cabbage, lotus root chips, and black sesame seeds—and the chocolate ganache cake.

As one of the few places that was focused on breakfast, I was excited to give Beter & Leuk a try on the first morning of my pre-tour stay. (Every other morning of my tour, I had breakfast at the hotel with the rest of my group.) The buckwheat pancakes with fresh fruit were delicious.

This great little grocery store with a small cafe was a fun find! While I didn’t have a meal here, I did grab some chocolate to satisfy any cravings for something sweet on my trip.

One of the places I was most excited for was DopHert because their Instagram photos are drool-worthy! It was a little off the beaten path, but I decided to make a morning of it and walk through the city to get here. As a result, I stumbled upon a lot of cool sights before arriving there to enjoy one of the best veggie burgers I’ve ever had.

With three locations around the city, this funky restaurant opened its doors at its newest location right around the corner from my hotel. So, of course, I had to stop for a snack after spending the day walking 11+ miles around the city! I had the loaded fries—piled high with shawarma, grated cheese, jalapeños, red cabbage, carrots, scallions, onions, garlic, and spicy sauces—and would have liked to go back and order more.

One of the excursions was a day trip to Delft, a much smaller city than Amsterdam. If you go to the Netherlands, you must check out Delft! A quick search on Google Maps led me to Kek, which is not strictly a vegan restaurant but focuses on clean, healthy eating. I ended up having one of my favorite meals: a vegan BLT with eggplant “bacon,” avocado, sprouts, seeds, and truffle mayo, plus a raw carrot cake for dessert. The ambiance and super sweet staff definitely added to the experience.

On my last night in Amsterdam, I decided to go raw. This means that everything is organic, unprocessed, and only cooked at a temperature below 118 degrees. While a raw diet has always seemed daunting to me, after this meal of spinach and avocado soup with zoodles, veggie sushi rolls, and chocolate walnut fudge, I decided I could absolutely go raw… if I could bring the chef home with me!

After arriving in Copenhagen, my group had a free afternoon to go out and explore. When wandering into the most charming square I found on my entire trip, I realized that right in the middle of it was a vegan restaurant. I couldn’t resist and had to stop for a snack of kimchi rice paper rolls and edamame with one of my fellow travelers who was excited to try vegan dining.

Another one of the places that I was most looking forward to (again with the incredible Instagram photos), Souls was just a few minutes’ walk from the Rosenborg Castle, where we ended our guided tour of the city. This is a recently opened location, and the original is in the Østerbro neighborhood. Between the quinoa croquettes, a squash “cheese” pizza, and mixed berry cheesecake, I ordered way more than one person should—but I couldn’t help myself, I wanted to try it all.

Our Tour Director was very excited to tell us about the new food hall at the famous Tivoli Gardens, which was a quick walk from our hotel. After spending the evening walking around the park, I decided to pop in and see what I could find for dinner. As luck would have it, the entrance I went in was directly in front of an organic stall that offered plenty of vegan options.

Travel tip: While in Copenhagen, one of my fellow travelers asked if I had stopped in a 7-Eleven yet. Scandinavian 7-Elevens are different than those we find at home—they have a huge selection of fresh juices and vegan snacks! Definitely a great place to stop for something on the go.

Hawaii Poke
Mäster Samuelsgatan 9, 111 44 Stockholm, Sweden (and there are multiple locations throughout the city)

On my last full day of the tour, I found myself in Stockholm without any plans for lunch and turned to Google Maps. I started walking to Hawaii Poke and as soon as turned the corner, I could see a line out the door of locals on their lunch break—a good sign! They had plenty of vegan options, so I was able to semi-customize a bowl and was pleasantly surprised.

Google Maps also showed a nearby vegan market, which I popped into after my lunch. I picked up a few things that I’ve never found at home before and decided to call them souvenirs. Lucky for me, one of my coworkers is Swedish and lives right around the corner from me, so she will have to help me make the muffins as the directions are, of course, in Swedish.

When getting ready to go on tour, remember that Go Ahead Tours has your back! When booking, you’ll be asked if you have any dietary needs, such as food allergies, and I noted that I was vegan.

My Tour Director (who happened to be vegetarian herself) made sure to reach out to all of the restaurants where we would be dining as a group to let them know we would need a vegan meal—she even confirmed that they knew exactly what did and did not qualify as vegan. As the trip went on, even my fellow travelers got excited to see what sort of vegan creation I would be served! 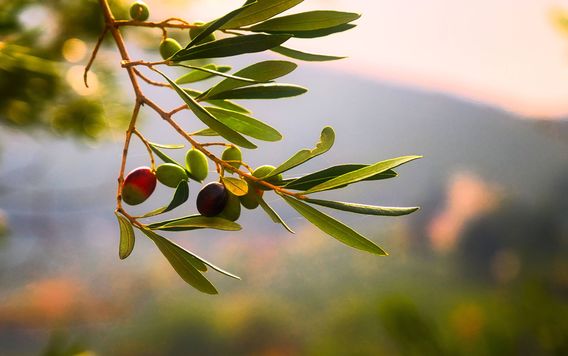 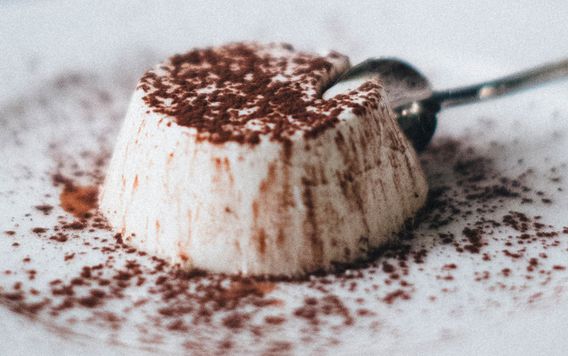 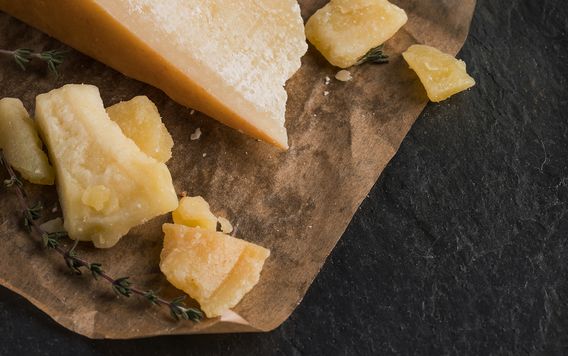 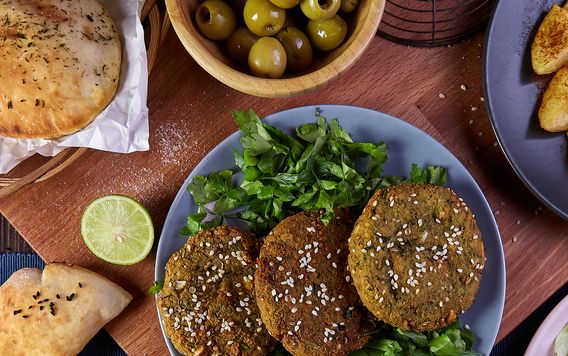