There are an unlimited amount of things to do in Greece. Visit beautiful beach after beautiful beach. See ancient ruin after ancient ruin. Have epic adventure after epic adventure. Choice overload. With a laundry list of options, we’ve narrowed it down to a simple bucket list. From ancient temples to quaint towns, here are some things you must do on trips to Greece. Keep your pen handy. It’s time to start crossing stuff off that list of yours. 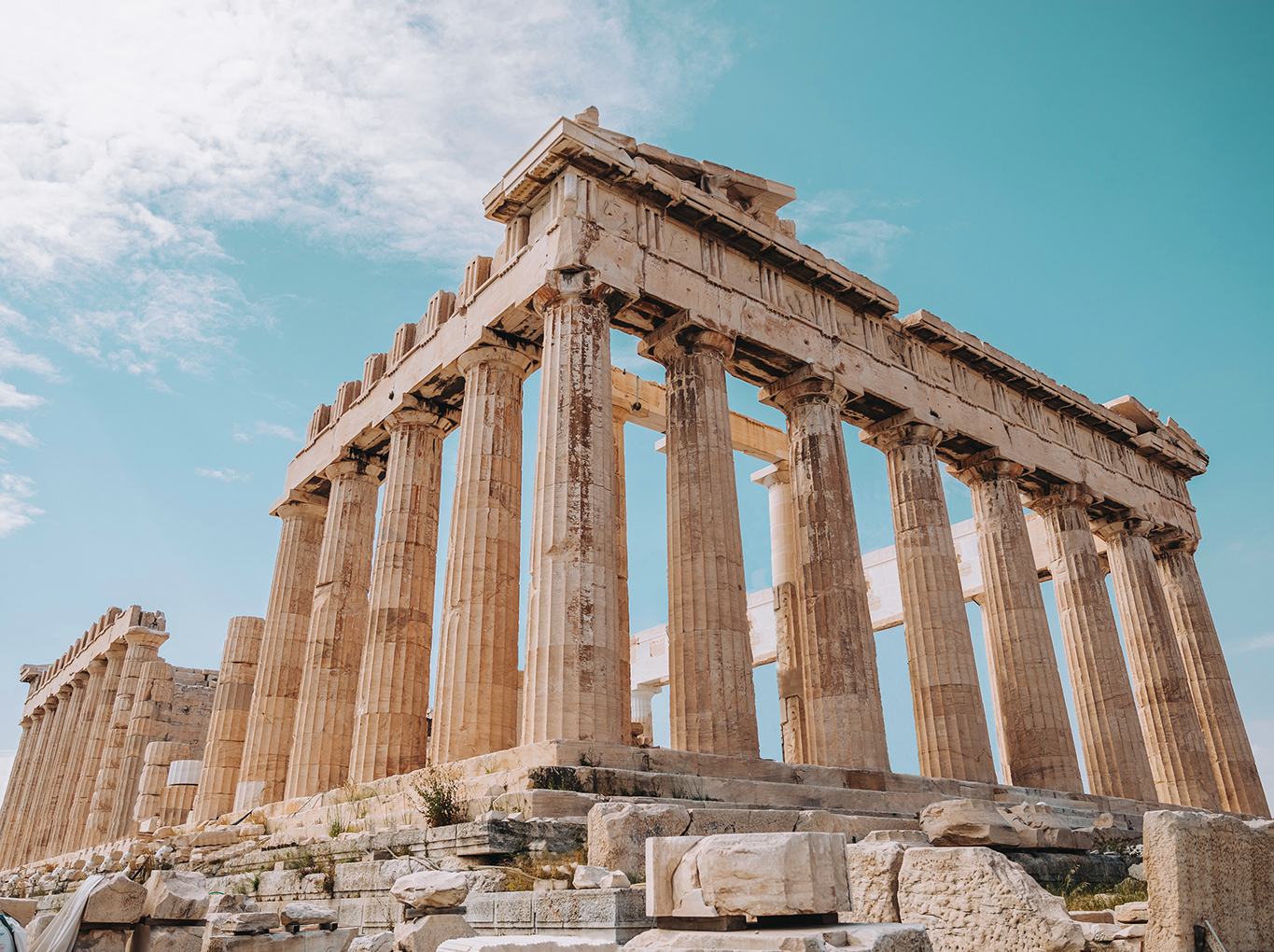 1. Soak in ancient history at the Parthenon in Athens

Greece’s ancient capital oozes with equal parts history and charm. Mythical ruins perfectly complement the enchanting villas and sparkling shorelines. And the ancient ruins of the Acropolis are just a stone’s throw away from the city center (see what we did there?). The Acropolis is like an open-air museum featuring the Temple of Athena Nike, Erechtheion, and, of course, the Parthenon. The Parthenon is Athens’ most famous site, and the ancient Greek temple is dedicated to Athena, the city’s namesake and patron goddess. Take in sweeping views of Athens from the top of Acropolis Hill and explore the birthplace of Western Civilization. Walking amongst thousands of years of rich history makes visiting the Parthenon one of the best things to do in Greece. “Being at the Parthenon is easily one of the highlights of my life so far,” said traveler Gregory. “Just to be in that one spot I could just feel the history of this place.” 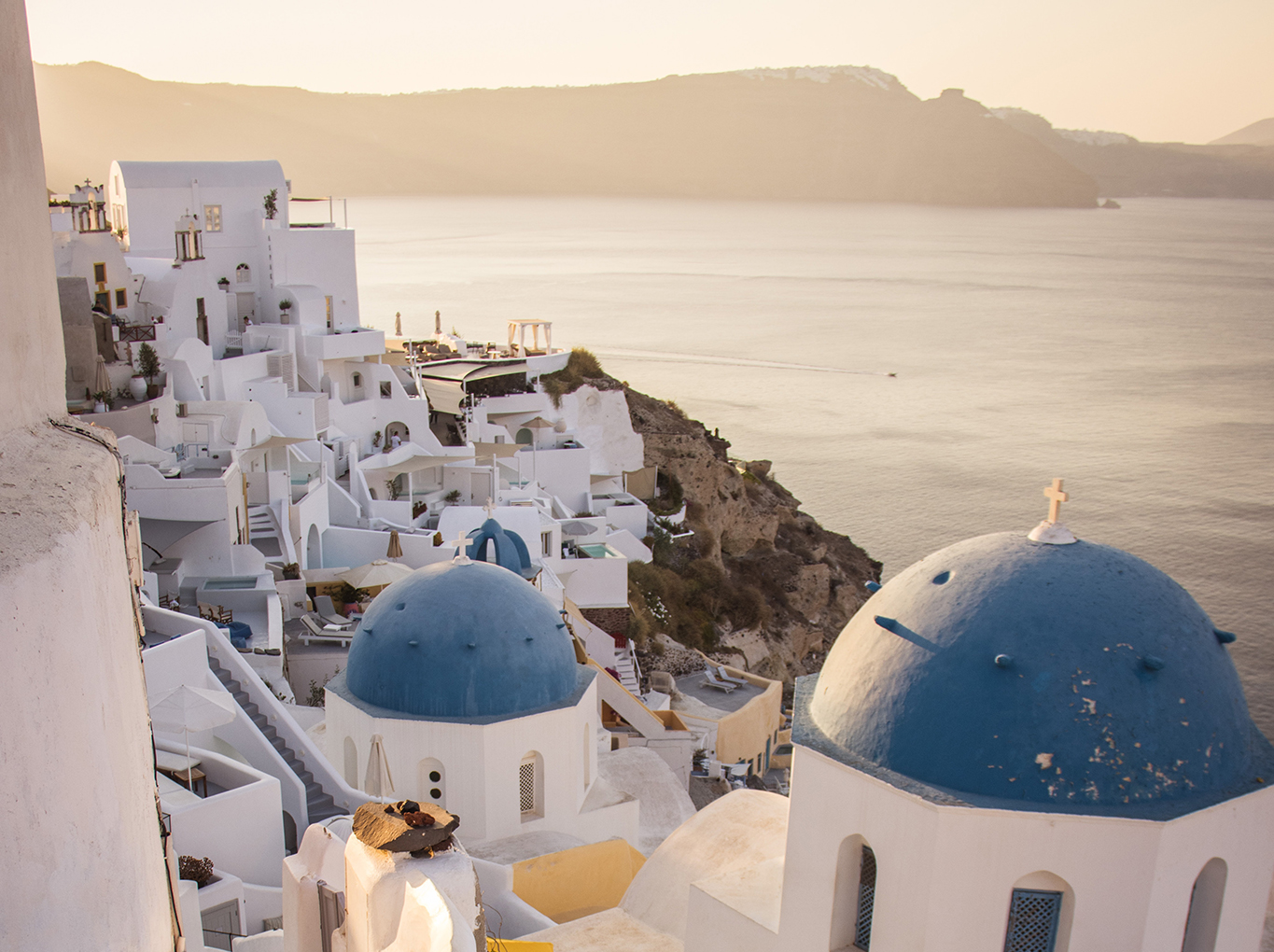 2. Watch the sunset on Santorini

Everything there is to love about Greece is on Santorini. The island boasts jet-black beaches, whitewashed architecture, and multi-colored sunsets that rise to the occasion. Santorini boasts plenty of places to watch sunsets that will make any filter on your phone look dull, but adding the Caldera Cruise & Dinner excursion to your trip is one of the best activities in Greece. The party starts the second you set foot on an elegant, fully equipped catamaran. You’ll sail around the scenic volcanic island of Nea Kameni for views of the picture-perfect Cliffside village of Oia. Pair the views with some music, dancing, and swimming in a natural hot spring that was once a crater of a volcano. Then in comes the food. Feast on traditional Greek barbecue with souvlaki and tasty tzatziki dip. Wash it all down with unlimited wine. (Yup… we mean unlimited. It’s not a typo). And just when you thought it couldn’t get any better, it does. Cap off the evening with a legendary sunset over the Aegean Sea. Pick up your jaw. We know it’s dropped. 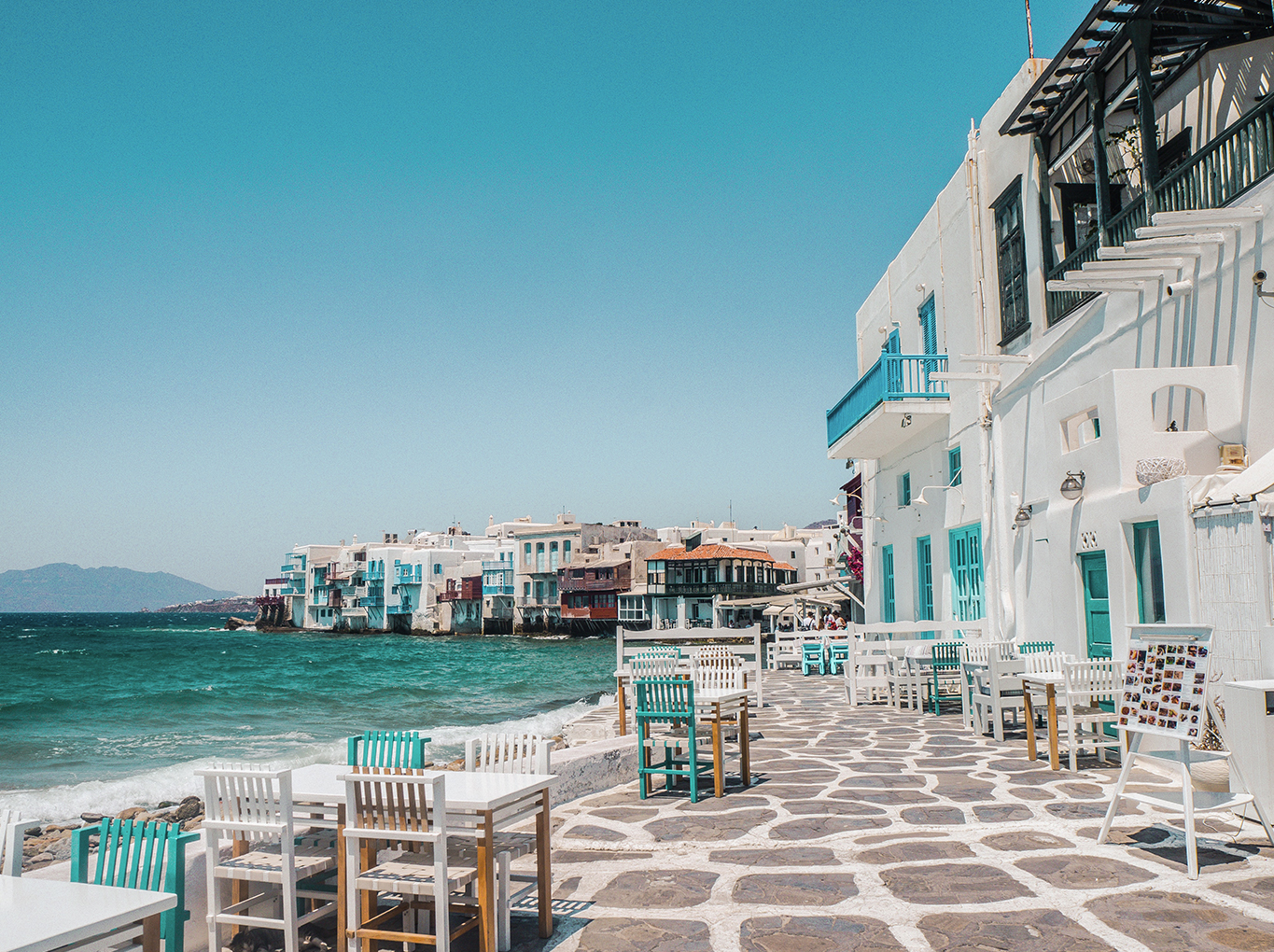 3. Stroll through Little Venice and Mykonos Town in Mykonos

You won’t believe it’s not Venice. Little Venice is Greece’s identical twin of the Italian city. The charming neighborhood sits along the Aegean Sea and is famous for its 18th-century fishing houses, most of which are now restaurants, cafes, bars, and shops. Little Venice is also a great place to grab a drink. “There are tons of little cafes and bars with outdoor seating—perfect for people watching,” said staffer Matt. Early bird? Take in the smells of freshly roasted coffee and even enjoy some caffeine as you stroll the winding streets. Night owl? Kick back and sip Greece’s signature drink, Ouzo, and get a courtside seat for the sunset at Caprice Bar.

Then it’s on to Mykonos Town. Known as “Chora” by the locals, Mykonos Town is filled to the brim with chic shops, boutique hotels, restaurants, and bars. Snag a gyro from a street vendor and head over to Matoyianni Street, where things really pop. Get your camera ready. Blue-doored white homes, pink flowers, and photo-worthy storefronts will make even the most camera-shy travelers want to say “cheese.” Mykonos Town is also known for its iconic windmills, and visiting them is one of the top 5 things to do in Mykonos. These breathtaking windmills were built as early as the 16th century and are some of the most photographed attractions on the island. And it’s easy to see why. Views of the ocean and rich history make seeing the windmills one of the bucket list things to do in Greece.

Want to explore more in Mykonos? Check out our Mykonos guided tours →

4. Put your archaeologist hat on at the Heraklion Archaeological Museum in Crete

Crete is the largest of Greece’s 2,000 islands. Heraklion, Crete’s capital city, should be on any Greece bucket list. A charming Old Town? Check. Authentic restaurants? Check. Heraklion is one of the coolest places to stay in Greece, and there are plenty of interesting things to see. But one of the most important and famous may be the Heraklion Archaeological Museum. Smack dab in the center of town, the world-renowned museum is home to artifacts that span over 5,500 years of Cretan history. Journey through the 27 rooms and take in archeological history from the Neolithic period all the way to the era of Roman rule. The museum prides itself on its unique Minoan collection including stunning Minoan art. Not a history buff? No problem. On all of our Crete tours you’ll have a local guide leading the way and delivering factoids about all the amazing history.

Uncover more of this amazing island on our trips to Crete → 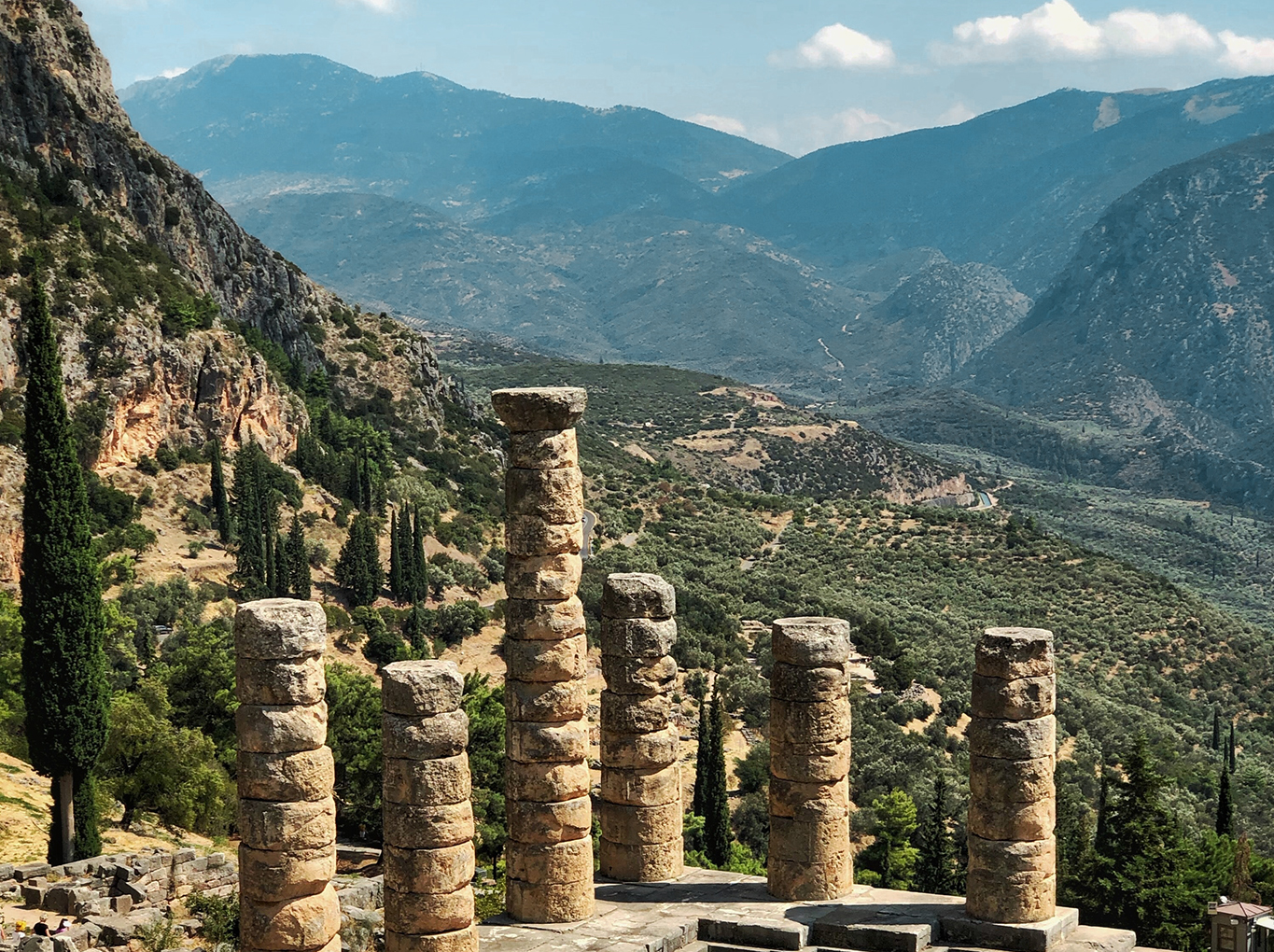 5. Journey up to the Temple of Apollo in Delphi

Legendary. That’s the best way to describe Delphi. And there’s nothing more legendary than what’s known as the Oracle of Delphi: the Temple of Apollo. Journey up the sacred, monument-lined path to the temple where, according to legend, the gods once communicated with mortals. Greece’s ancient military leaders customarily left gifts here in hopes of good fortune in battle. Mystical vibes are matched with breathtaking mountain landscapes. And listen carefully. You might just hear a light rumble of the gods themselves. Or, it might just be your stomach rumbling, so be sure to stop in the picturesque town of Arachova afterward and enjoy a traditional Greek lunch. 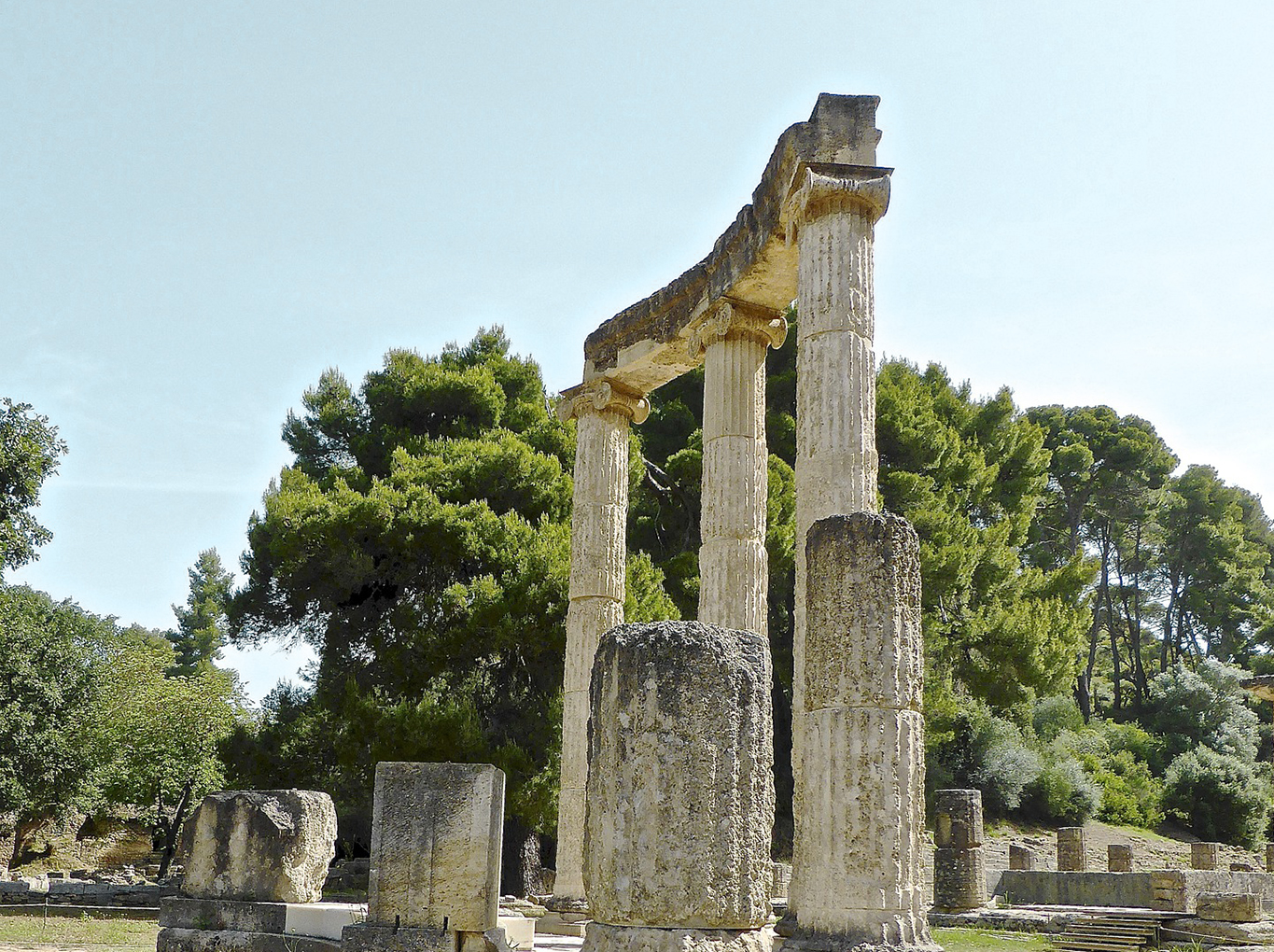 6. Feel Olympic energy at the Archaeological Site of Olympia

Visiting the Archaeological Site of Olympia, the birthplace of the Olympic games, is truly a podium-worthy experience and one of the best bucket list things to do in Greece. Stand in the very spot where the Olympic Games were held every four years from 776 BC to 393 AD. Envision the roars from the crowd, and also the rumblings of the Greek god of the sky and thunder. Walk amongst the ruins of the Temple of Zeus, one of the Seven Wonders of the Ancient World. The site was a place of worship dedicated to the Greek god Zeus from the 10th century BC. Explore the thousand-year-old temples with your tour guide. When you travel on our Olympia tours, your guide is guaranteed to have a gold medal in ancient history.

Visit this legendary city and more on our trips to Olympia →

Browse our Greece tours and start planning to cross these experiences off your bucket list. 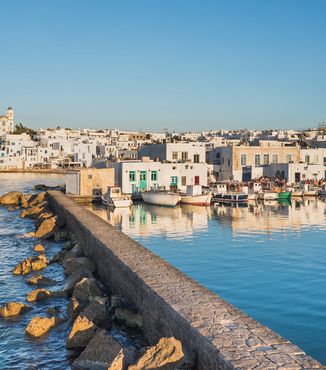 Travel tips
Booking a summer trip? Here are 7 unique places to travel that are popular for Europeans 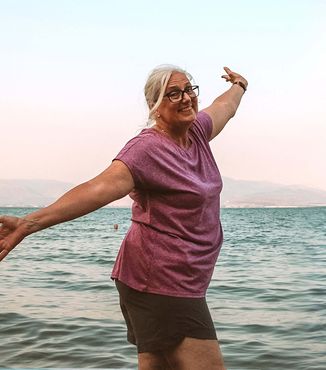 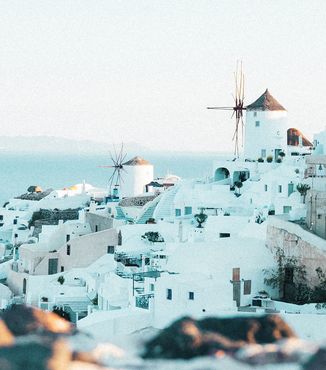 Travel tips
6 bucket list things to do in Greece 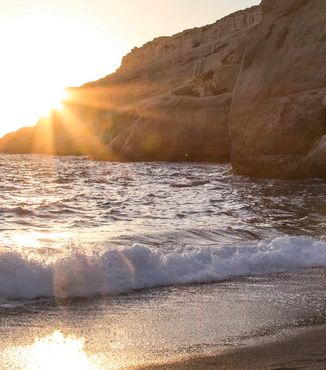