It’s been over 15 months since the world was put on pause. As it begins to open back up, we’re all a little eager to get out there and explore places far away from where we’ve been quarantined—places like Iceland.

Iceland is open for visitors, and Go Ahead was one of the first tour operators to resume travel to the magical island nation back in May. In fact, our Iceland: Reykjavik & the Golden Circle tour was our first international departure since travel restrictions were initially put in place. This also happened to be one of the first international tours Iceland hosted in over a year, and our very own Simon Horsburgh, Director of Analytics, was there to experience it all. Here’s his advice on traveling to Iceland from the U.S.

Expect a bit of a different journey

If you’re wondering what U.S. travel to Iceland is like, expect it to feel both different and like nothing’s changed at the same time. On Simon’s trip, he noted that the flights were less than half full. But according to Iceland news, flights are already beginning to pick up in popularity and have returned to near-full capacity.

Americans can travel to Iceland right now. Iceland travel restrictions just require all visitors to take a PCR COVID test upon arrival and quarantine inside a hotel room until it comes back negative. For Simon and his fellow travelers, this meant a little less free time on arrival day, but a lot more assurance. “The travel part is arduous,” said Simon. “But once you’re there, it’s amazing. To be back traveling again after 15 months sitting on my front porch, it’s just amazing.” 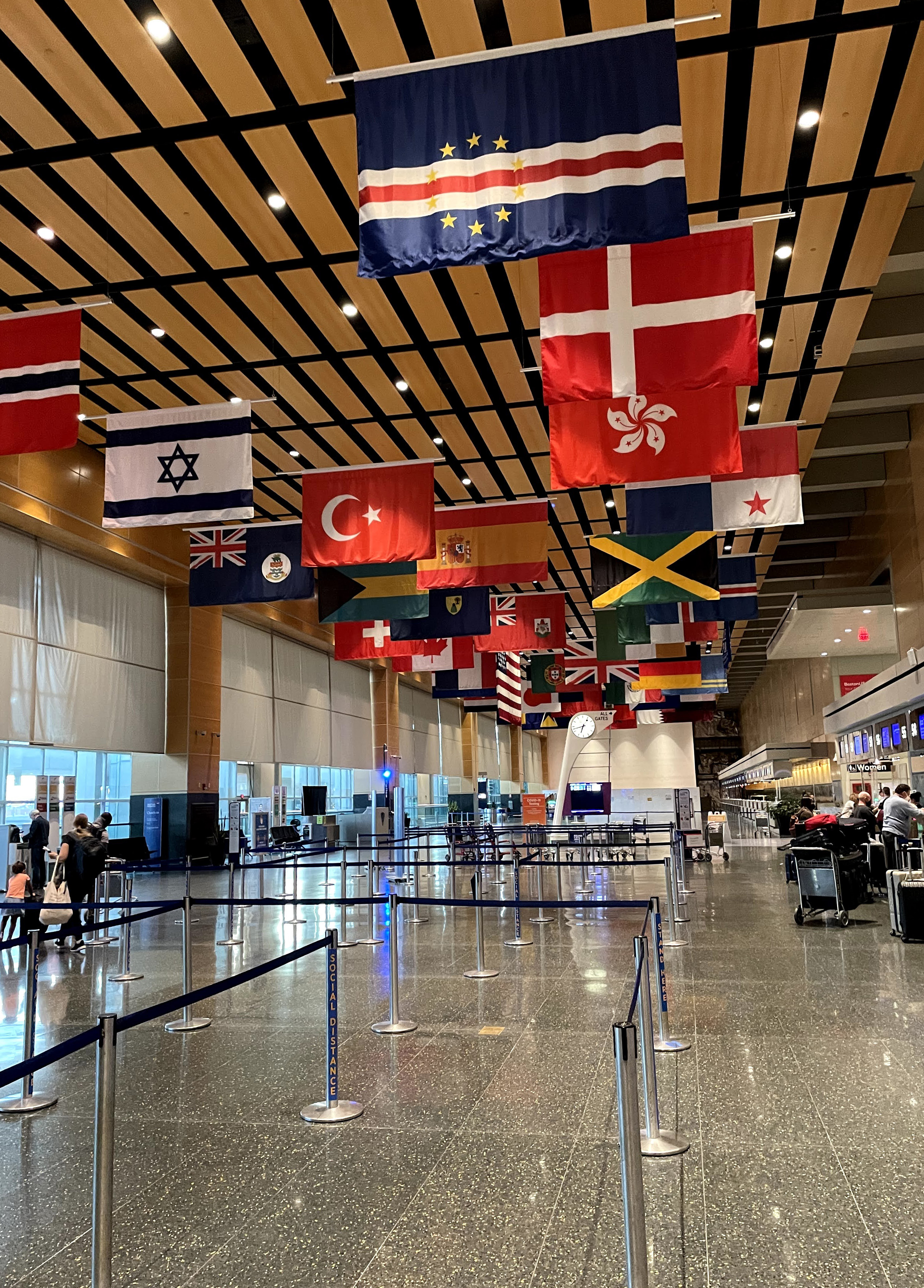 Use every bit of your free time

Although there was plenty planned for Simon and his tour group, there was also the opportunity to set out for unexpected adventure, too. One night, Simon decided to drive and hike over an hour away to watch a volcano erupt—an experience he absolutely cherishes. His experience was so magical, he convinced some travelers to rent a taxi van and see it the following evening.

“There I am, watching this orange lava come out, and drinking orange soda,” Simon shared. “This is the earth regenerating itself ... this is rock and it’s running like a river.” He couldn’t get more metaphorical if he tried. 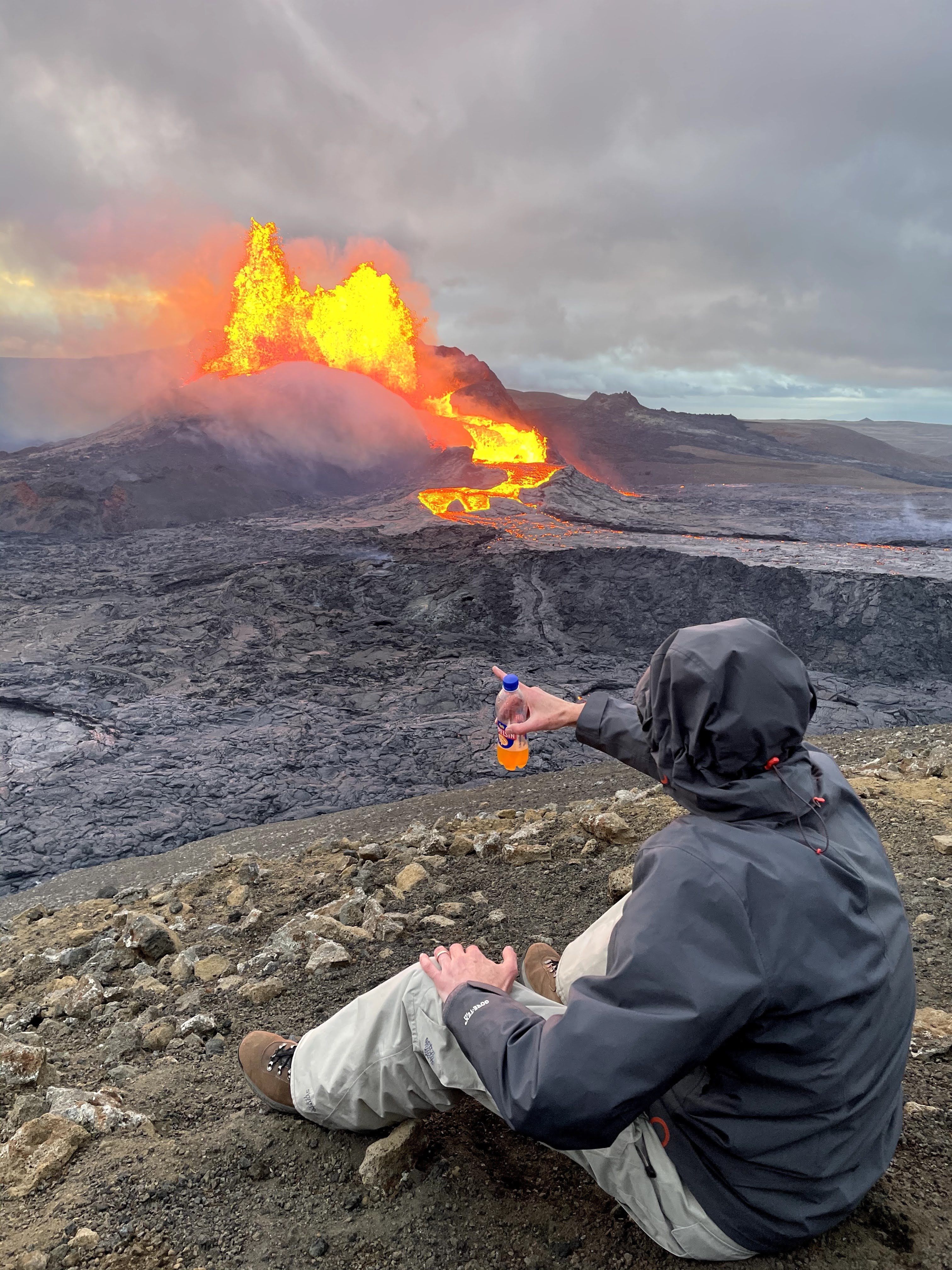 Admire how alive the country feels

For Simon, the most moving part of his return to travel was experiencing the earth’s vibrancy again. “Iceland is dynamic. It’s moving, it’s alive, and you can feel the energy of the place,” he said.

And he means that quite literally. Simon and his group not only learned about the Great Geysir geothermal area, the Eyjafjallajökull volcano, and the Golden Circle, but they also stood right on top of moving seismic plates. “You can really see the earth at work, where it’s pulling apart and what’s happening,” Simon said.

“The earth is alive there.” And after months of being cooped up at home, Simon said that’s exactly what he needed to feel. 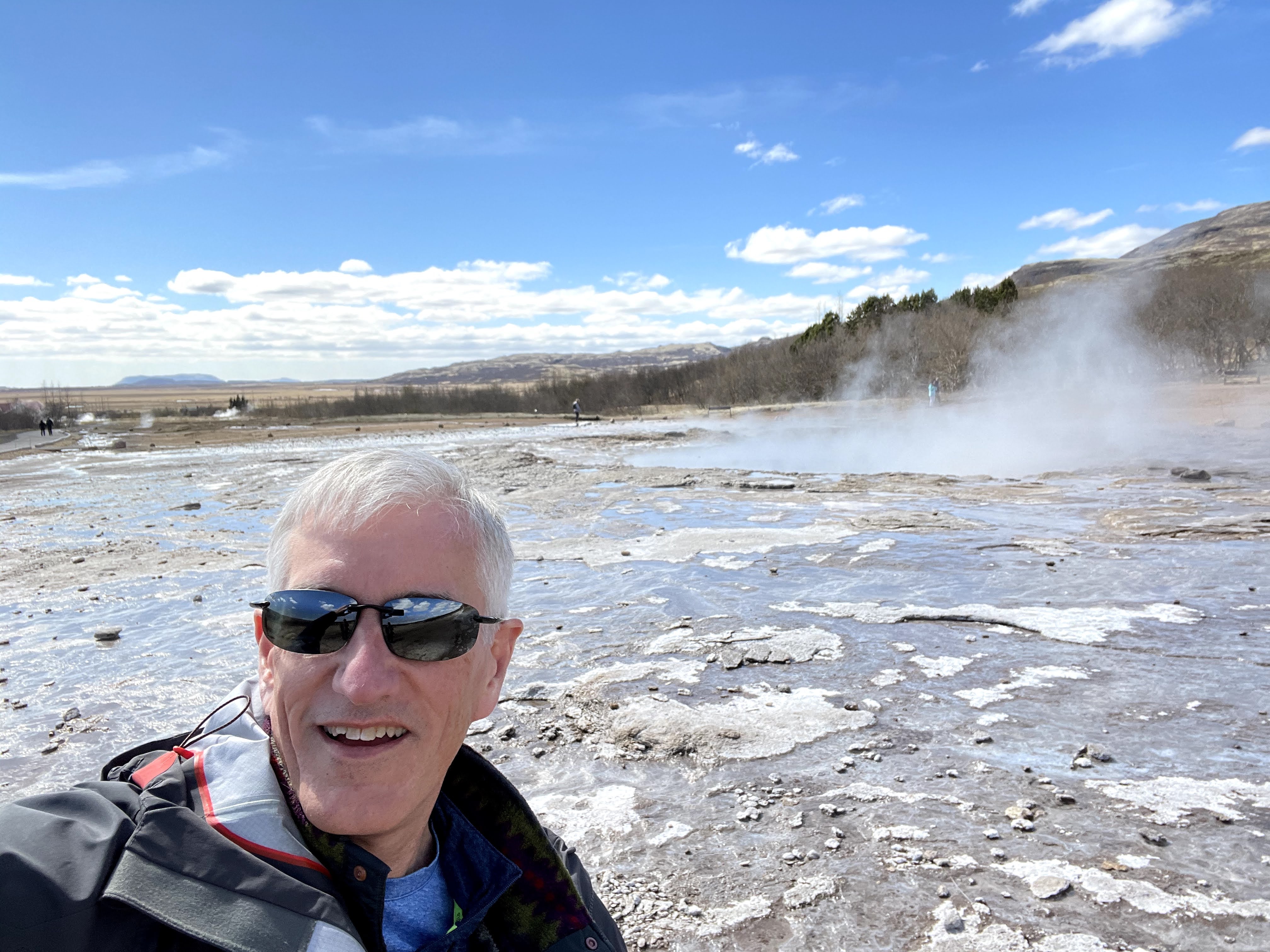 Since Simon and his fellow travelers were one of the first tour groups to return to Iceland, they had the unique opportunity to watch the country wake up. “It felt like we were turning the lights on,” he said.

But it goes beyond witnessing the streets and shops bustle again. Being able to visit Iceland made Simon feel alive, too—especially during his visit to a local performance in Reykjavik. “It was actually emotional to hear the opening measures of the play,” he said. “Like, here I am. I’m traveling for the first time in over a year, and I’m traveling internationally. ... It was incredible.”

That feeling of wonder followed him throughout the trip and right to the famous Seljalandsfoss waterfall. “Going behind the waterfall, the group’s all hooting and hollering about all the water falling on you, it’s really special,” he said. 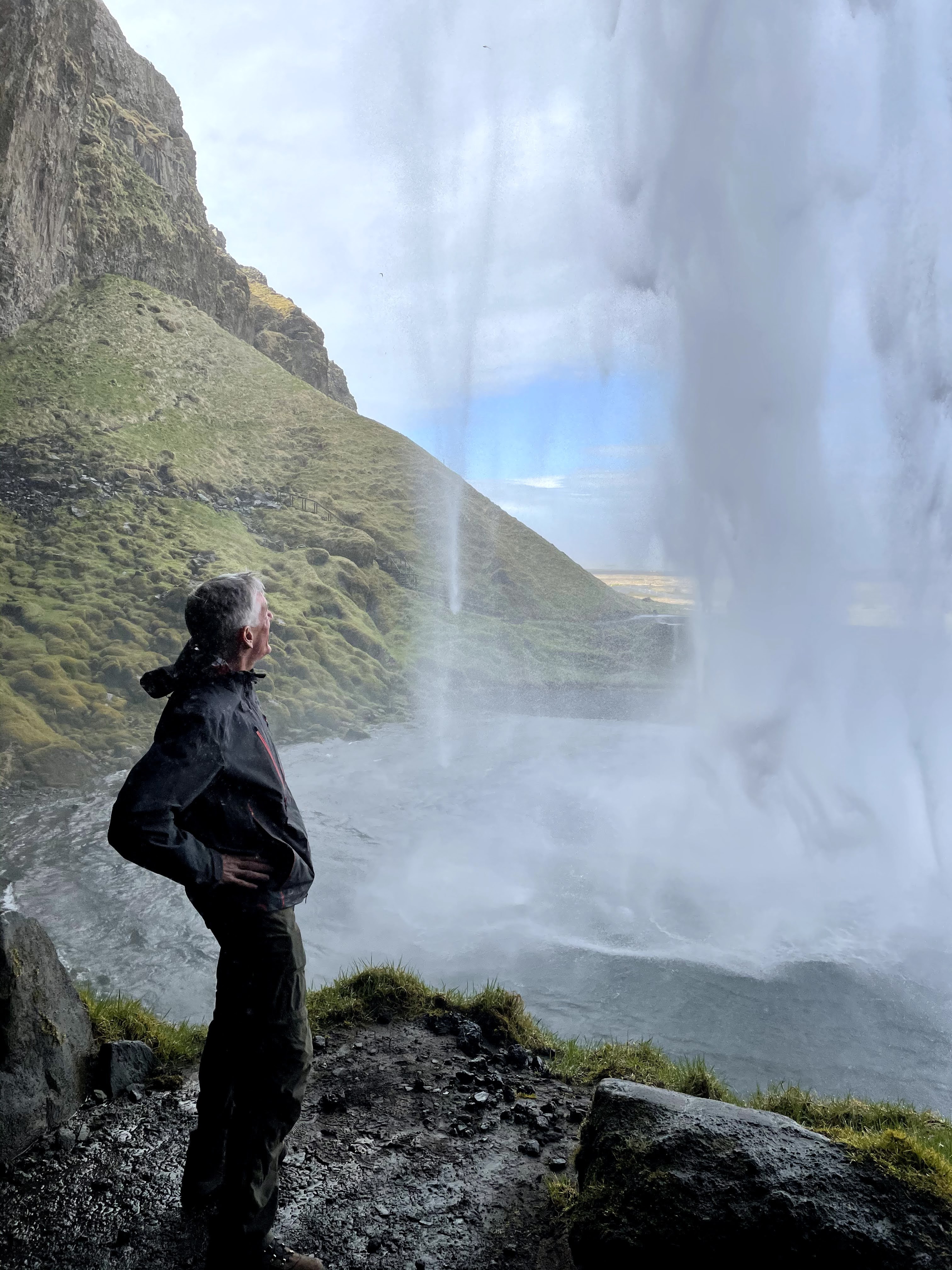 Part of feeling alive is taking it all in—something that might feel overwhelming after months without travel. But Simon said it’s well worth it. “Open your eyes and look at the landscape,” he said. “Look at what you see... so much of this trip is the natural beauty of it.”

Opening your eyes might just open your mind, too. For Simon, that meant reconnecting with his curiosity. “You look at a rock formation and you look at how it cracked, the veins and all the rock, and you go, ‘How did that happen and how is it staying up?’” he said. “Or on the second day when we went to Black Sands beach, you look at the giant standing rocks in the sea, and you think, ‘There’s no way you can build that.’” 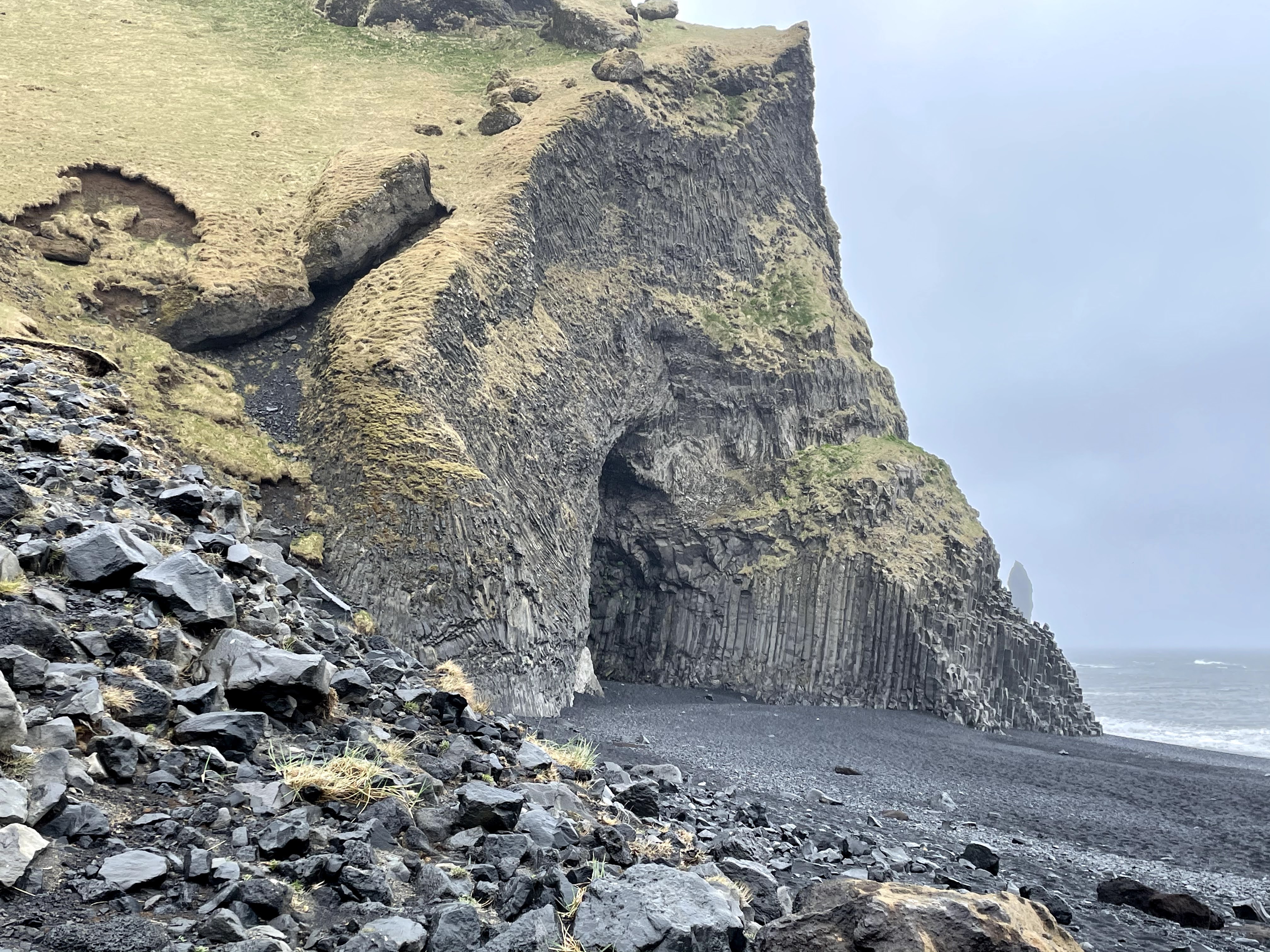 Be adventurous in your eating

This is one of Simon’s top tips for anyone planning to visit Iceland. As eateries begin to open around the world, the simple experience of sitting at a restaurant and enjoying regular life is that much sweeter. “If things are offered to you, you’ve got to try it,” said Simon. “You may not like it, but at least you’ve got to say you’ve tried it.”

The food was so good on tour, Simon couldn’t pick just one favorite. “I would definitely try the Icelandic lamb,” he said. “The char was really good, too. All of the food was really amazing.” No matter what you fall in love with, Simon recommends taking a photo of every dish, just because the presentation is always stunning.

Outside the restaurant scene, Simon said he loved his lunch at a greenhouse tomato farm heated with geothermal energy. The group dined on fresh tomato soup as they learned all about how Iceland uses natural energy from the geothermal springs to power the country. “These tomatoes are just unbelievable,” said Simon. “They grow 15 feet high!” 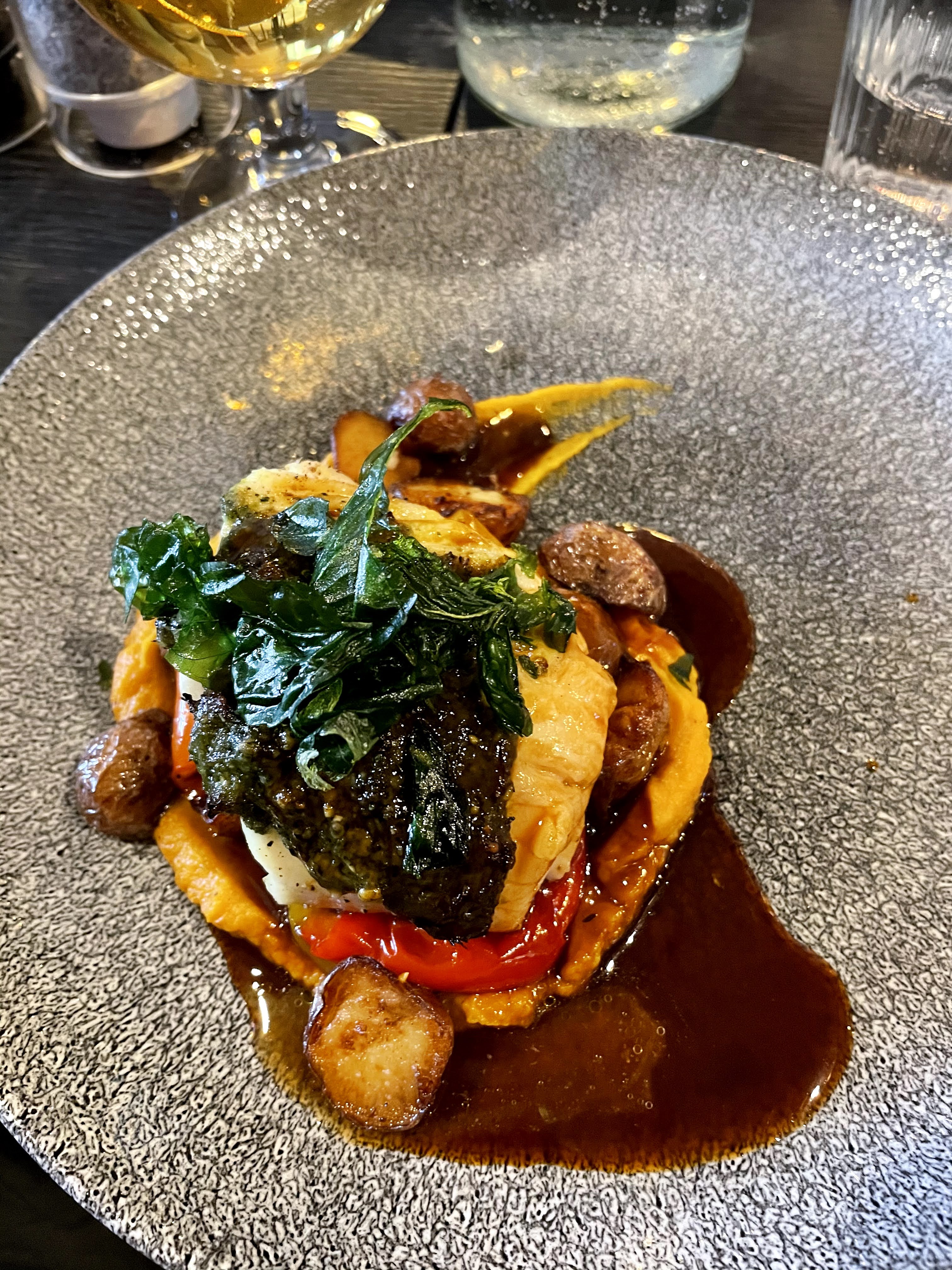 Go guided instead of alone

Going guided always has its benefits, but Simon said that’s never been more true than now, when many countries still have COVID travel restrictions like Iceland. “All of the prep is taken care of for you,” said Simon. “All of the transportation, many of your meals—it’s just taken care of.” He said this was especially helpful on his trip because finding restaurants that were both open and able to take a group of 20 was not an easy task.

“You also get exclusive access to a Tour Director—somebody who is from that country and who grew up there, who knows it, and is so, so knowledgeable about all the things in that location,” Simon continued. “You can’t underestimate how much it means to have someone who’s not only telling you about a location and what that means, but their connection to the location and what that means, too.” 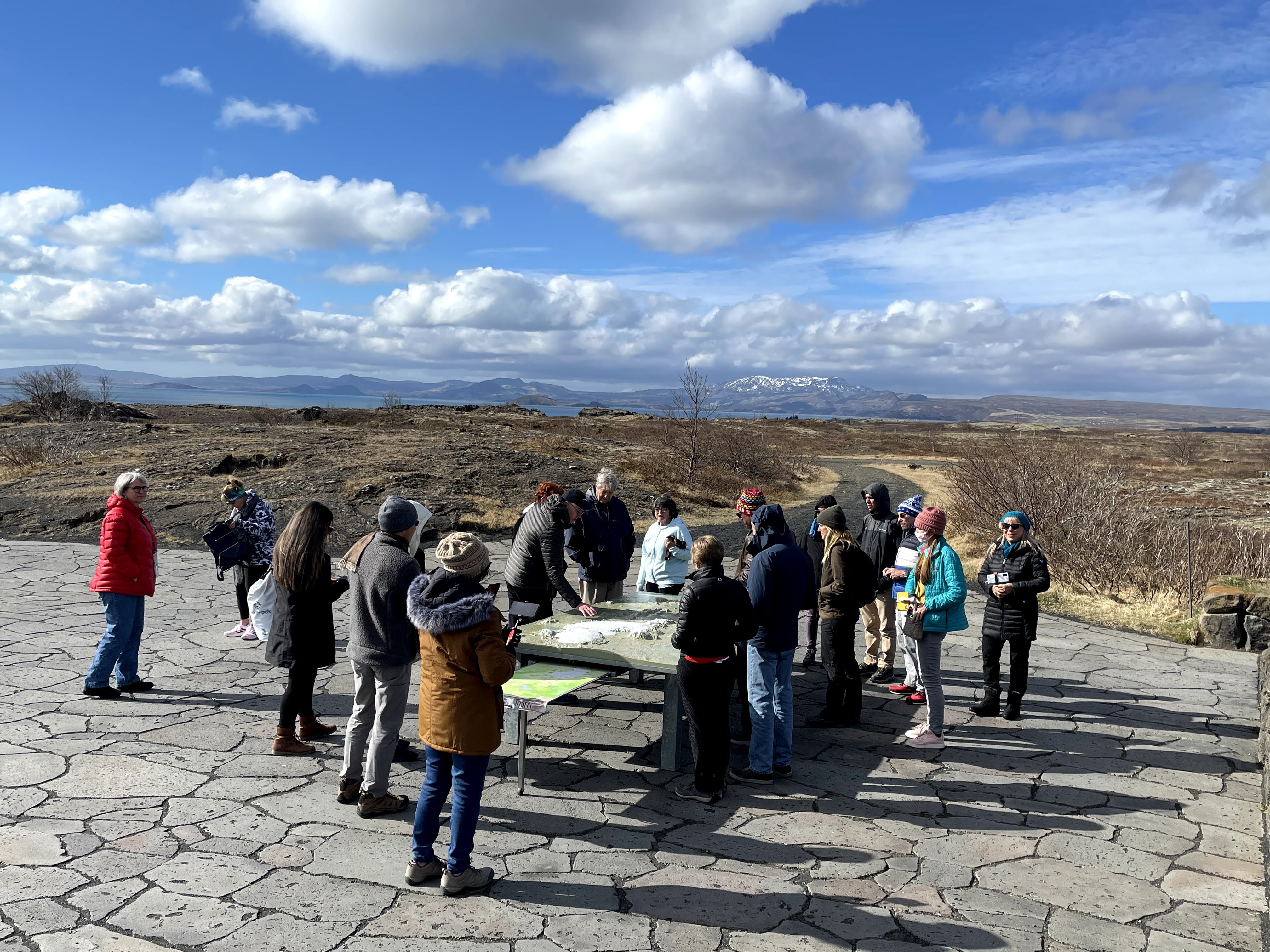 Just get out there

If you’re comfortable traveling, Simon highly recommends visiting Iceland with Go Ahead. “Icelanders were so excited to have us there,” he said. “Everybody we talked to said they were so glad to hear english in Iceland again.” As Simon put it, this trip truly felt like the beginning of normalcy.

“The feel of the group, the mingling with other cultures again, all I can say is it’s time to travel,” he said. “People need to get their trip plans booked and get back on the road.” 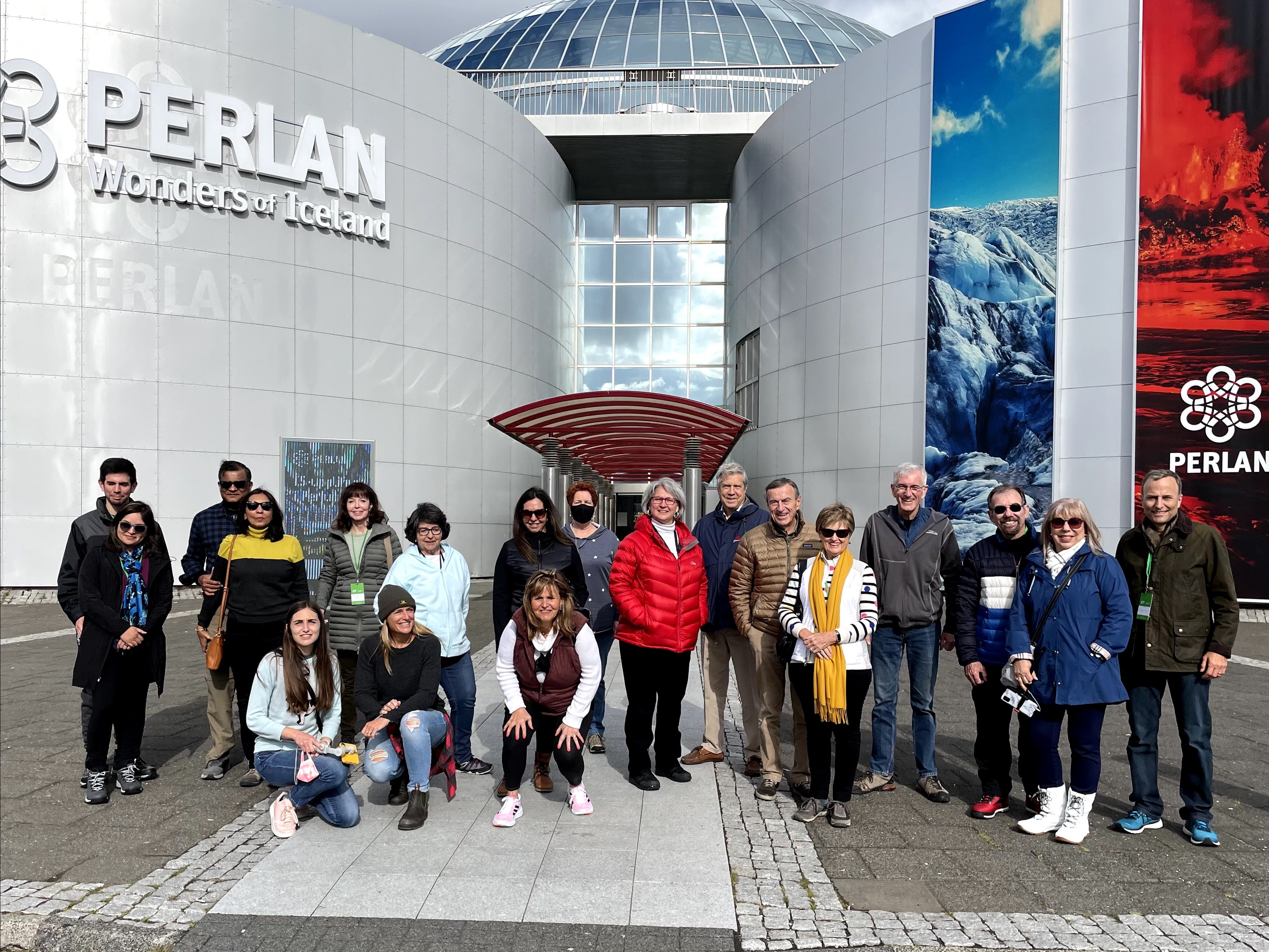 Are you ready to feel alive again? Visit this beautiful country on our Iceland tours.

Start planning a trip to Iceland 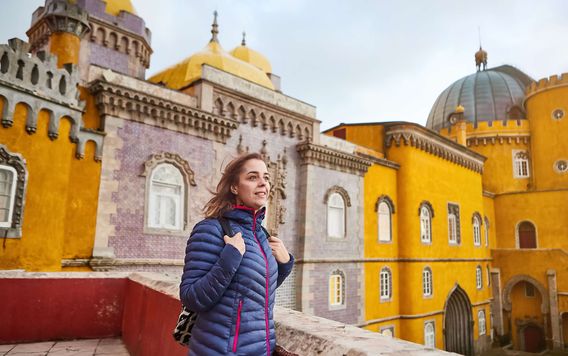 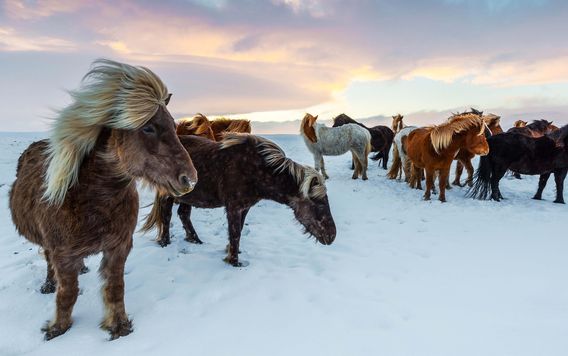 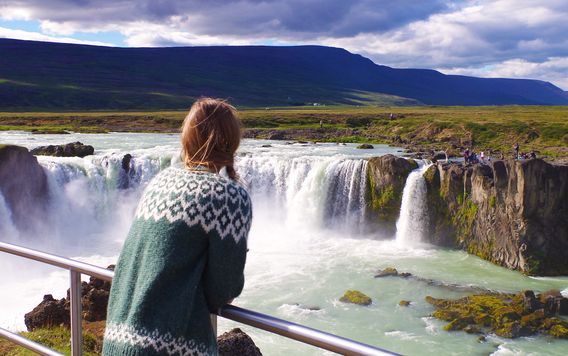