We’ve talked rosé. We’ve sipped sparkling wine. We’ve scouted out the best gin and tonic spots in Barcelona. In the latest installment of our Toast to travel series, we’re shining the spotlight on a fall favorite. Read on to find out more about crisp, refreshing cider around the world.

What is cider, anyway?

What we often refer to in North America as hard cider (to differentiate it from non-alcoholic apple cider) is known in other countries as just cider. This tasty beverage is, quite simply, fermented apple juice. The steps to produce cider, at the most basic level, are: harvest apples, press them to create juice, and allow the juice to ferment, or let yeast convert natural sugars to alcohol. Of course, there are many methods for making cider, depending on whether traditional or modern techniques are used at each point in the process.

The apples used to make cider aren’t always the ones you’d typically find at the market. They typically fall into one of four categories—sweet, bittersweet, sharp, and bittersharp—based on the balance of acidity and tannins present. A mix of different types of apples can help layer in distinct flavor, giving a cider either a sweet flavor, dry flavor, or somewhere in between. Ciders tend to have a lower percentage of alcohol than either beer or wine, and can be enjoyed all year despite a connection to the autumn harvest season.

Where to taste it

The Asturias region of Northern Spain is well-known for its cider-making (and cider-drinking) tradition. The tart beverage is poured with a particularly unique flair. A server typically holds the bottle over his head and a cup at waist level, aiming the cider to hit the glass perfectly. It’s said that this releases the cider’s natural flavors—and the performance is as exciting as tasting the drink itself!

While other regions of the country are famed for wine, Normandy’s cooler coastline makes it a prime spot for cider production. There are many varieties when it comes to style and flavor of French cidres. Some are very sweet and lower in alcohol content, others are much drier and stronger. One specialty made with distilled cider? Calvados, an apple brandy that pairs well with camembert cheese.

Cider in the United Kingdom

The United Kingdom is the global leader in cider consumption. Not surprising, given the fact that it has been made there for centuries. From Somerset to Wales to Kent, different regions of the countryside create their own versions of the flavorful drink, using local cider apples.

More sour than its European counterparts, Apfelwein is considered the state drink of the Hesse region. In the Old Sachsenhausen area of Frankfurt, you’ll find many taverns and pubs devoted to enjoying this particular cider, which translates to “apple wine.” During the colder months, Germans sometimes enjoy cider hot with some lemon and a cinnamon stick.

Cider in the United States

The drink first became popular during colonial times, when apples were grown and cider could be produced using techniques brought over from England. It’s been through periods of growth and decline through the centuries. Today, many creative techniques are being used to offer American cider drinkers new options, ranging from rustic farmhouse blends to beer-inspired styles with hops to varieties flavored with honey or syrup.

Have you ever tried cider on your travels? What’s your favorite type? Let us know in the comments below.

Around the world Toast to travel

More sips from around the world Global cuisine
Tuscan wine guide: where to get the best glass Global cuisine
Everything you need to know about Italian aperitivo 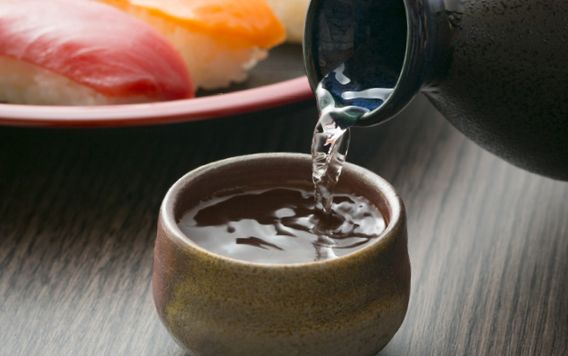