What to do during free time in Northern Italy

On her recent to northern Italy and the Italian Riviera, Go Ahead Copywriter Jamie used her free time to create an even more immersive experience—here are her suggestions for how to spend your free time when you visit.

When I travel, I love to use my free time to dive even deeper into culture, cuisine and history. On my Italy tour, I took time out to find the best eateries and must-try bites in every city we visited. Each place boasted impressive culinary traditions and, as it turned out, there were also immersive things to experience and historic sites to visit at the end of each meal. Need free time tips for Italy? Here are my top picks for what to eat, see and do. 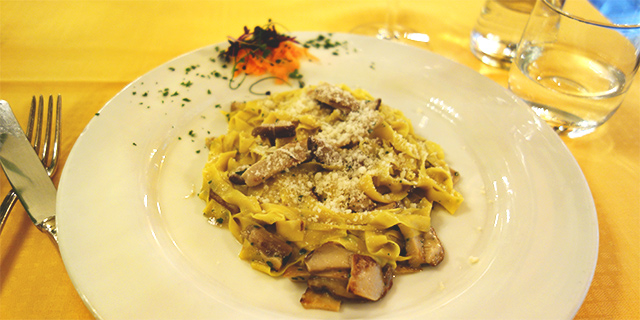 Turin is a gastronomical hub distinguished as the capital of Piedmont, one of Italy’s most renowned food and wine regions. Bordered by the Alps, lined with elegant avenues and dotted with traditional cafes, it’s the place to go to eat, drink and step into history.

Where to eat: Baratti & Milano This historic eatery was established in 1858, Baratti & Milano is now considered a cultural institution with notable historical value. I made a point to swing by and admire the original furnishings and try the traditional fare, and was treated to top-notch service, glamorous ambiance and a memorable meal. The atmosphere was warm, the wine list was well-rounded and my plate of fettuccine and mushrooms was both simple and savory. At the very least, I would love to go back again to revel in the establishment’s old-world charm.

What to try: Il bicerin The decadent drink known as _il bicerin _was invented in Turin in the 18th century, and it would be a missed opportunity to visit the city without trying one. This warm, layered beverage is made with a trifecta of ingredients: rich hot chocolate, espresso and dense whipped cream. It’s a Torinese specialty exclusive to the city—easy to find at one of the many cafes in Turin, but not so easy to get once you leave.

What to do: Admire royal collections and Egyptian artifacts Turin is teeming with ancient history. Meander through the Egyptian Museum, which houses the world’s largest collection of Egyptian artifacts after Cairo, Egypt. Soak in royal family history at the Royal Palace of Turin, site of the library and armory of the Savoy family. Or, stroll through Palazzo Madama, a Baroque palace-turned-museum. My insider tip? Take the elevator all the way to the top floor for panoramic views of the city. Or, take it all the way down and relax in the adjoining garden, which serves as a tranquil escape. 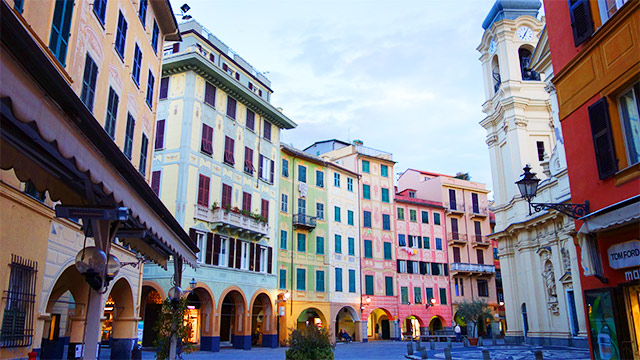 My tour group’s trip to the Italian Riviera landed us in the seaside town of Santa Margherita Ligure. The buildings were colorful, the signature trompe-l’oeil frescoes were numerous and the culinary scene reflected the town’s prime coastal location.

Where to eat: Ristorante Il Nostromo Cozy, quiet and unquestionably authentic, Ristorante Il Nostromo was an off-the-beaten-path spot where the owner acted as both hostess and chef. I started with a bowl of minestrone alla Genovese, a vegetable soup loaded with the Liguria region’s renowned pesto, followed by fresh-caught sea bream. Bream is a light fish similar to bass, and the potatoes, tomatoes and olives it was baked with made the local catch that much better. A visit to this inviting eatery is a way to avoid the more expensive, marina-side restaurants while tasting some of the region’s typical dishes.

What to try: Trofie al pesto Although the terraced hills and mountainous terrain of the Liguria region are not prime wheat-growing landscapes, they are perfect for growing chestnut trees. The chestnut flour produced from these plentiful nuts was mainly used to make bread and pasta until it became easier to import wheat flour in the 19th century. It’s not as widely used anymore, but it is still common to find pasta made with a portion of chestnut flour today, and trofie are the perfect example. These short, rolled pastas are often tossed with pesto, producing one of Liguria’s signature dishes from some of its most abundant—and delicious—culinary staples.

What to do: Soak in sea air and duck into sanctuaries Santa Margherita Ligure boasts stunning coastal vistas and a seaside stroll is a great way to work off a satisfying meal while enjoying one of the town’s most alluring characteristics: its views. Breath in fresh sea air as you walk around the quaint marina and admire the statue of Christopher Columbus in Piazza della Libertà. Then, marvel at the opulent interior of the Church of Santa Margherita of Antiochia, situated in Piazza Caprera. 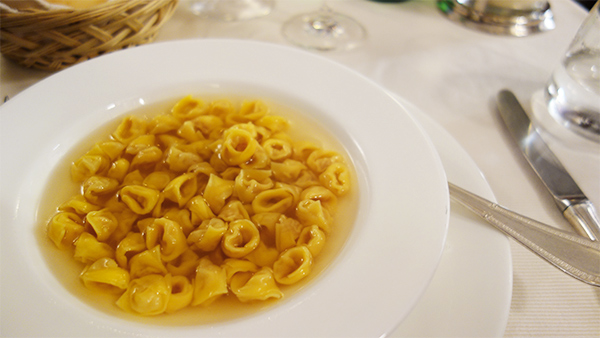 This historic city is laced with miles of covered walkways, known as porticoes, as well as striking medieval architecture shaded in rich hues of orange. Most notably, Bologna is often referred to as La Grassa, or “the fat one,” and boasts a hearty cuisine typical of the Emilia-Romagna region.

Where to eat: Drogheria della Rosa The small, unique establishment that is Drogheria della Rosa was a memorable gem during my visit to Bologna. Instead of handing out a menu, my waitress verbally explained each dish being served that day, and I chose to start with a bowl of traditional tortellini soup. The restaurant’s amiable owner, Emanuele, chose my next course: a rare filet topped with a sauce made from the region’s famous balsamic vinegar, Aceto Balsamico Tradizionale di Modena. Drogheria della Rosa’s unpretentious atmosphere, high-quality service, reasonable prices and outstanding food make a visit during a stay in Bologna a must.

What to try: Tortellini Tortellini are practically synonymous with the city of Bologna. Although the inventor remains unknown, it’s been said that these folded, stuffed pastas were first created in Emilia-Romagna in the 16th century to resemble the goddess Venus’ navel. Most often served en__ brodo, or in a simple broth, these small, meat-and-cheese-filled dumplings are a must-try during a visit to La Grassa. Other notable Bolognese dishes? “Green lasagna,” known as lasagne verdi, the pasta-and-meat dish known as tagliatelle al ragù and of course, mortadella—the city is named for this type of bologna, after all.

What to do: Marvel at two towers and striking terra-cotta sculptures After sampling Bologna’s culinary trademarks, admire the city’s most famous medieval symbol: the 12th-century Due Torri, or two towers. Then, visit San Pietro Church, which houses a statue of serene mourners gathered around Christ. Continue on to the Sanctuary of Santa Maria della Vita to see the shocking 15th-century Compianto sul Cristo morto by Niccolò dell’Arca (also known as Niccolò da Bari). It also depicts mourners gathered around a deceased Christ, and the grief depicted on the faces of the life-size statues is stunning, moving and not to be missed. 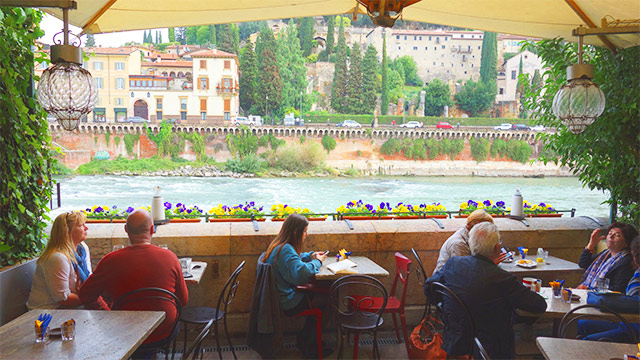 With its world-class summer opera scene, elegant piazzas laden with romantic balconies and wealth of Roman remnants scattered throughout the city, it’s no wonder Verona is considered a UNESCO World Heritage site. This Shakespearean setting is full of history and beauty, and it’s the place to go to enjoy northern Italian fare.

Where to eat: Terrazza Bar al Ponte I popped into Terrazza Bar al Ponte for lunch and enjoyed the caprese salad I ordered so much, I made sure to go back the next day. The portion of mozzarella was generous, the basil and cherry tomatoes were fresh and the olive oil the dish was drizzled with was flavorful. To top it off, the meal was served alongside arugula, olives and a heaping basket of bread. Although the food itself was delicious, a visit to this intimate eatery is worthwhile simply for the view. You can sit outside on a charming, covered terrace that overlooks the Adige River, where you can sip an Aperol spritz and people-watch.

What to try: Risotto al radicchio When traveling in Italy it’s best to indulge in local fare. In Verona, that means eating hearty dishes, rich sauces, various meats and dense starches. While meals such as gnocchi, polenta and even horse meat are popular in the city, risotto al radicchio offers a good mix of Verona’s well-known Vialone Nano rice and a bitter-yet-delicious type of chicory, which grows abundantly in the Veneto region.

What to do: Stroll riverside and view ancient Roman ruins The fast-flowing Adige River runs through the center of Verona, adding to the city’s romantic allure and mapping out a path to some of its most fascinating draws. Enjoy a relaxing jaunt along the water, which will lead you to each of the city’s four major churches, the Roman Theatre, a medieval castle known as Castelvecchio and an ancient Roman bridge known as Ponte Pietra. If you’d like to see even more Roman ruins, make your way to the Verona Arena or head to Piazza delle Erbe, which served as the Roman forum and is still home to centuries-old frescoes. Then, continue on to Piazza dei Signori where you can actually walk on an excavated Roman road. 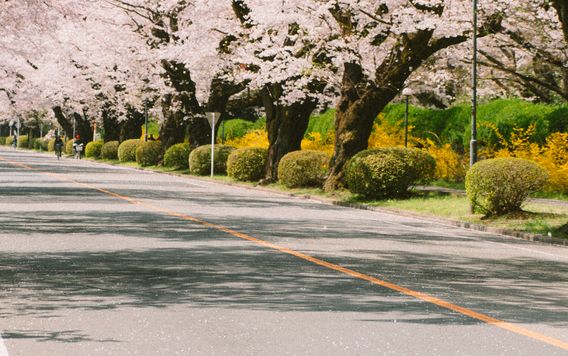 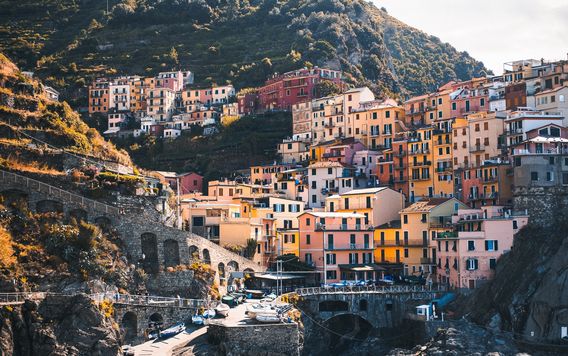 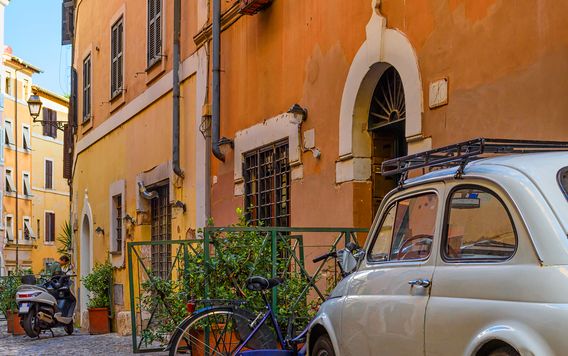 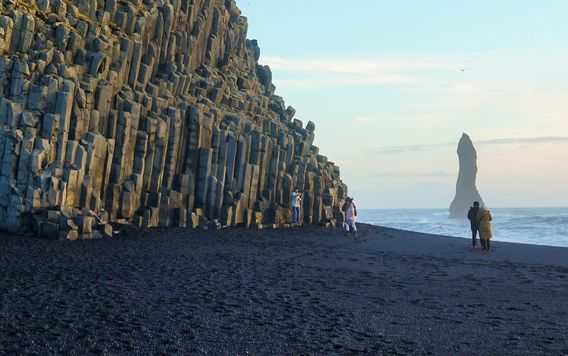