Why Romania should be on your travel wish list

Perhaps most famous as the home of the legendary Count Dracula, Romania is a country steeped in mystery and intrigue. But thanks to it’s own “Capital of Culture” of Sibiu, stunning mountain landscapes and a mix of medieval and modern architecture, the country has come into its own as a must-visit destination. 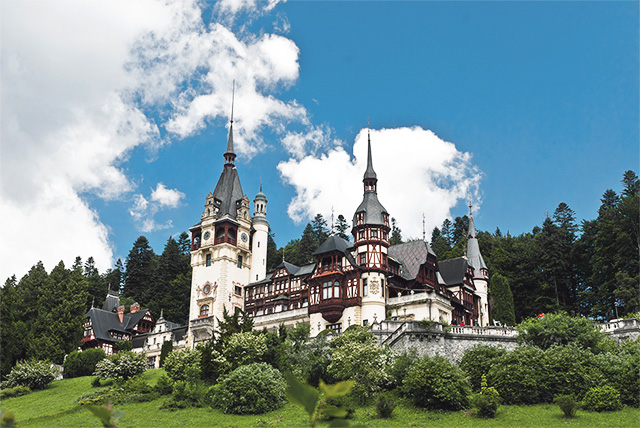 You can indulge in local legends

There’s more to Romania than Dracula—local culture is rife with intriguing folklore, fairytales and ancient legends. Throughout the country’s lengthy rural history, communities relied on creative stories to maintain their culture and tradition, such as the story of Vasilica the Brave and the mythical Blajini creatures.

Bucharest is, in a word, eclectic

One of Eastern Europe‘s best-kept secrets, Bucharest boasts an interesting mix of architecture in styles ranging from modern to medieval. Admire the huge, Communist-era Parliament building before meandering through an Art Nouveau neighborhood, or stroll through the open-air Village Museum for a peek at traditional Romanian life. Whether you’re looking for 17th-century style or a trendy cafe of today, Bucharest has it all.

The castles are magical

Aside from the famous Bran Castle, Romania is home to nine other truly impressive palaces and regal residences. Peles Castle in Sinai (just outside of Transylvania) is one of Eastern Europe’s most grandiose structures. With over 170 rooms across 34,000 square feet, this Neo-Classical palace is worth a visit for the views as well as the 2,000 piece art collection that’s housed inside.

Due to its coastal location and warm climate, Romania is a great place for eating fresh fruits and vegetables—it’s one of the few European destinations where you can score organic produce for a very low price. While traditional cuisine does involve a lot of heavier food like pork and sausage, expect to find plenty of light soups, fish and fresh veggies. Many local dishes borrow from nearby countries like Turkey and Hungary to create a varied palate.

The views are spectacular

With the Carpathian Mountains running through its center, Romania has no shortage of incredible views and natural landscapes. The mountain range boasts one of the largest undisturbed forests in all of Europe and 400 unique species of wildlife, including the largest brown bear population in the world. Whether you’re into bird watching, hiking or picnics among bright, beautiful wildflowers, there’s something for everyone in the great outdoors of Romania.

It’s home to the Transfăgărășan Highway

Passing through the Fagaras Mountains in Transylvania, the Transfăgărășan Highway is 56-mile route that features winding turns and curves that could make you dizzy by just looking at it. Created in the 1970s, it’s the second-highest mountain pass in all of Romania, making the highway a favorite challenge for sports car, cycling and hiking enthusiasts around the world. Often closed from October through June due to snow and inclement weather, the sharp hairpin turns and thousand-foot roadside drops make this a trip for the truly adventurous.

Have you ever taken a trip to Romania? What did you love about it? Tell us on Facebook!

Explore our tours to Romania & beyond