7 Scottish castles that you should visit on tour now

Hearing bagpipe music, seeing traditional kilts, stepping inside castles that date back hundreds of years—there are a lot of things to love about visiting Scotland! But, back to the castles for a minute… these historic sites house everything from armor to glittering crown jewels, and are often surrounded by the stunning Scottish countryside to boot. In short: They’re amazing.

How many castles are in Scotland?

There are more than 1,000 Scottish castles, but we’ve narrowed them down to seven of the best. Read on to see which Scottish castles to visit while exploring Edinburgh, the Scottish Highlands, and beyond. 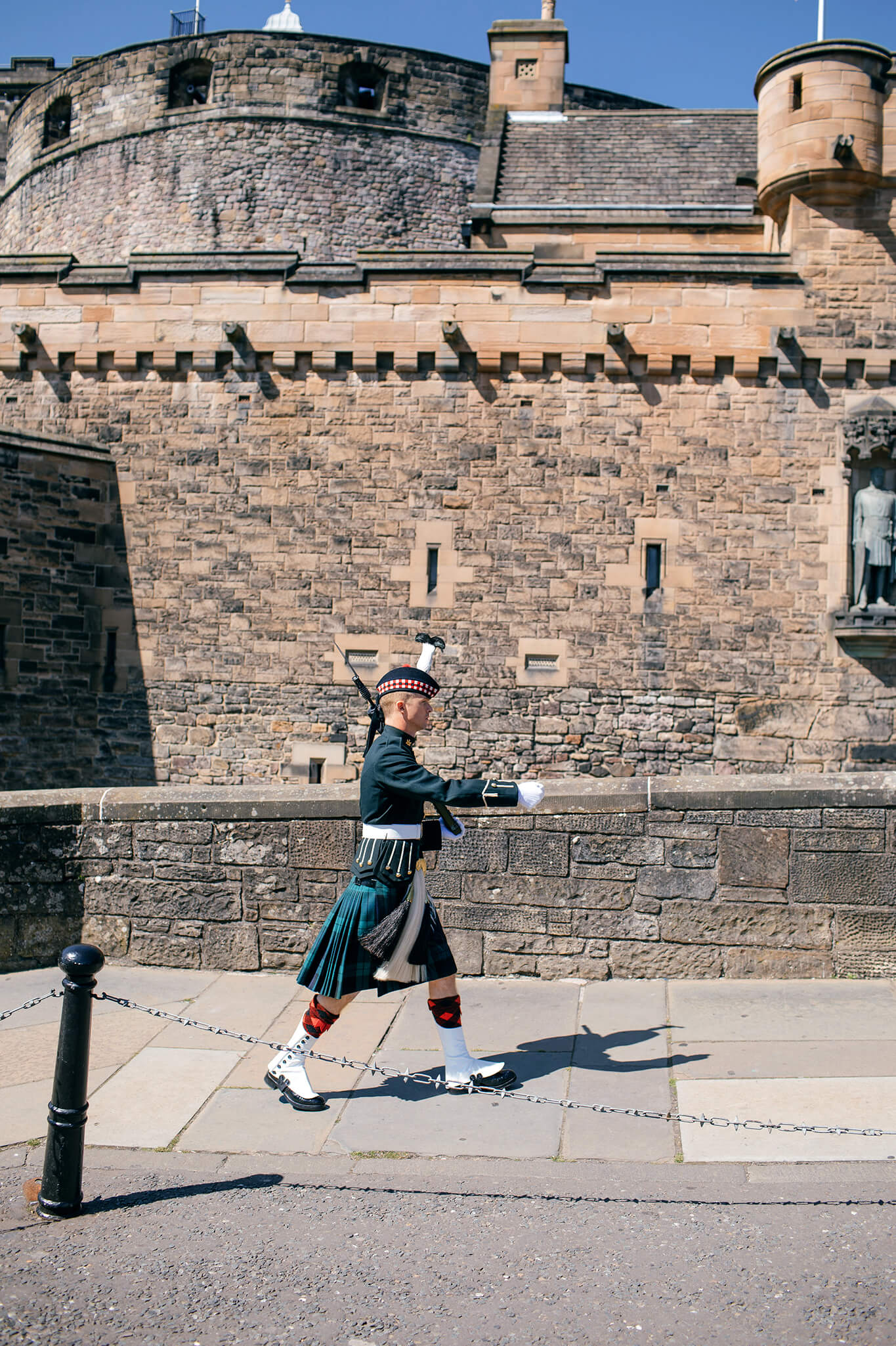 
If seeing Scottish castles calls to your travel-loving heart, then this gem should be at the top of your list—it is one of the 19 most beautiful castles in the world, after all. “Edinburgh Castle has something for everyone: panoramic views of the city, tons of history, even royal paraphernalia on display,” said staffer Andy, who visited the castle on our Edinburgh & the Castles of Scotland tour. “It’s well worth the climb!”

Experiences to have in this famous Scottish castle: 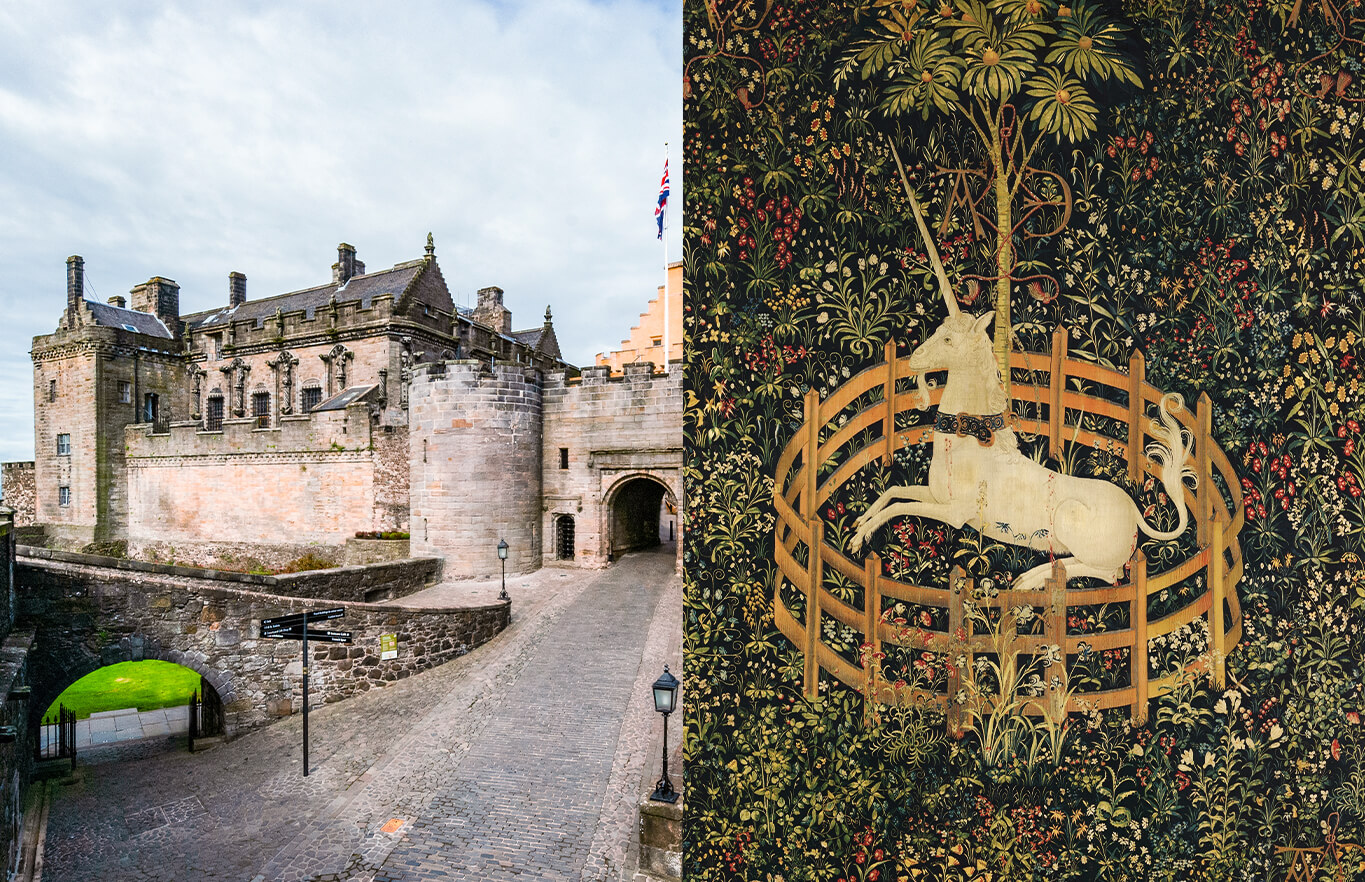 
It’s hard to say what’ll impress you the most about Stirling Castle: the staggering architecture, the views of the surrounding Scottish countryside, or all that history! “If you’re interested in Scottish royal history, Stirling will be one of your favorite castles,” said staffer Nic. “Several Scottish kings and queens were crowned and lived there, including Mary Queen of Scots, and her mother, Queen Mary of Guise.” Yep, it’s one of the coolest castles in Scotland for good reason.

Experiences to have in this famous Scottish castle: 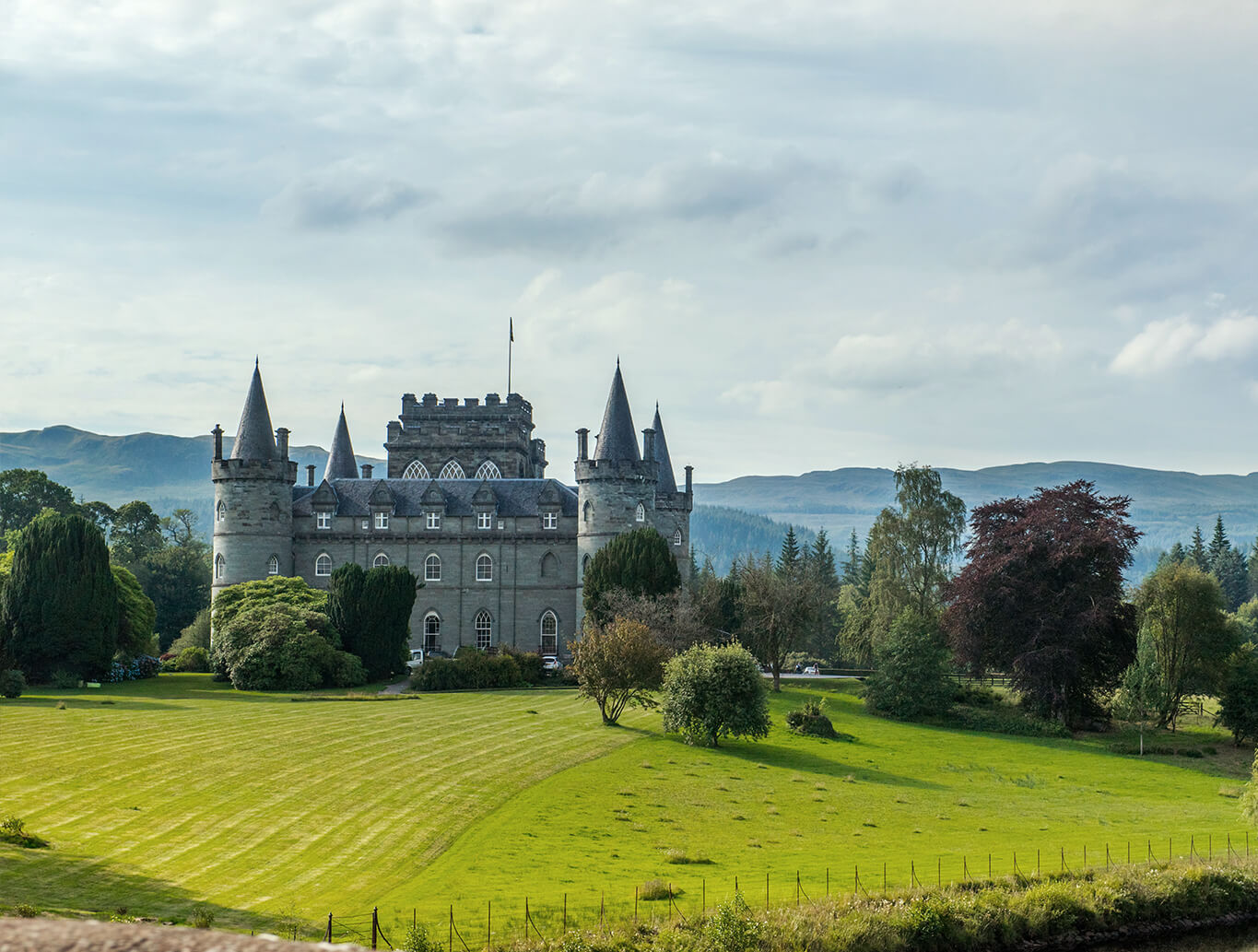 
If you have your heart set on visiting one of the most striking castles in Scotland, then Inverary Castle is the place to go—after all, you have an open invitation from the Duke of Argyll, who still lives here with his family! This Scottish castle is sitting pretty on the shores of Loch Fyne in the Scottish Highlands, and everything from the symmetrical architecture to the surrounding natural landscape will wow you. (Fun fact: This iconic site even had a cameo in the TV show Downton Abbey!) 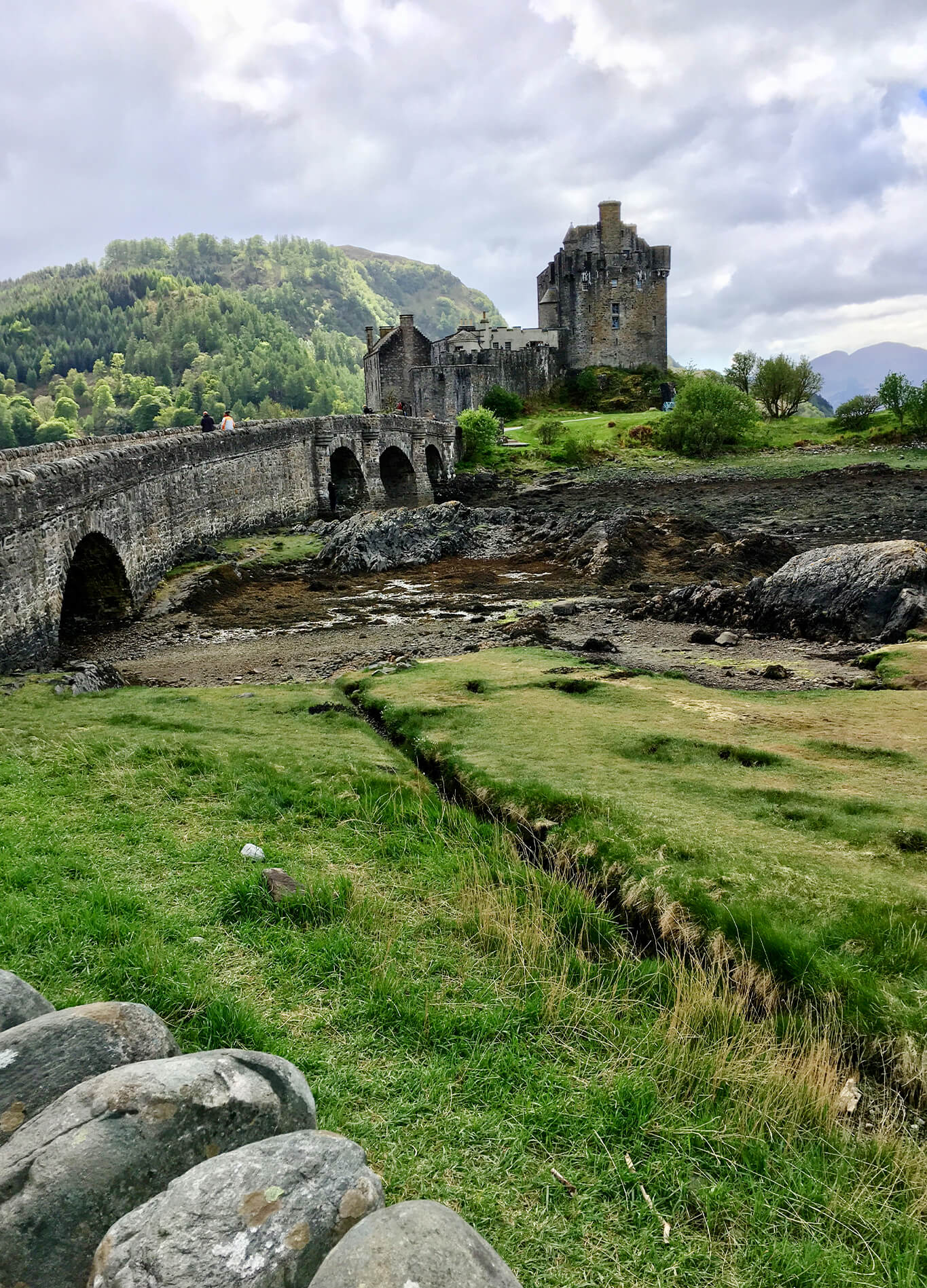 
This is one of the top castles to visit in Scotland, especially if you’re after that perfect photo in the Scottish Highlands with the Isle of Skye as your backdrop. “There’s a reason this castle is the #1 most photographed castle: it’s GORGEOUS,” said staffer Andy, who visited the castle on our Edinburgh & the Castles of Scotland tour. 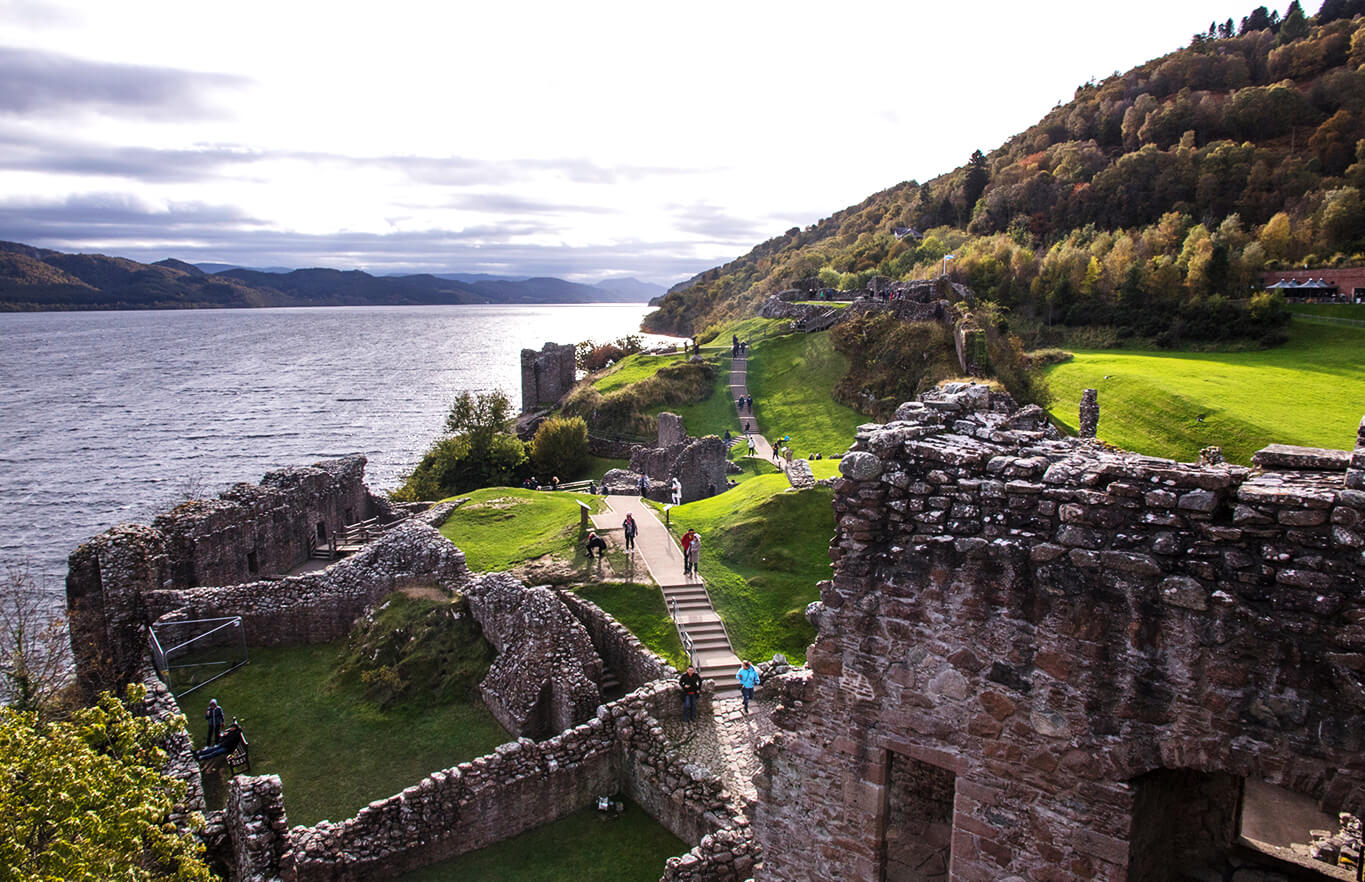 
“Who wouldn’t want to visit ruins on the shores of Loch Ness?” asked staffer Jim. It’s a fair question—we always jump at the chance to visit this medieval castle ruin that’s been situated next to Scotland’s most famous lake since the 13th century! While Urquhart Castle isn’t as architecturally grand as other Scottish castles, the landscape and history alone make it well worth a visit (and have earned it a spot in our Scottish Highlands Travel Guide). Plus, you might even spot Nessie, the famous Loch Ness monster, as you snap your perfect castle-and-lake photo! 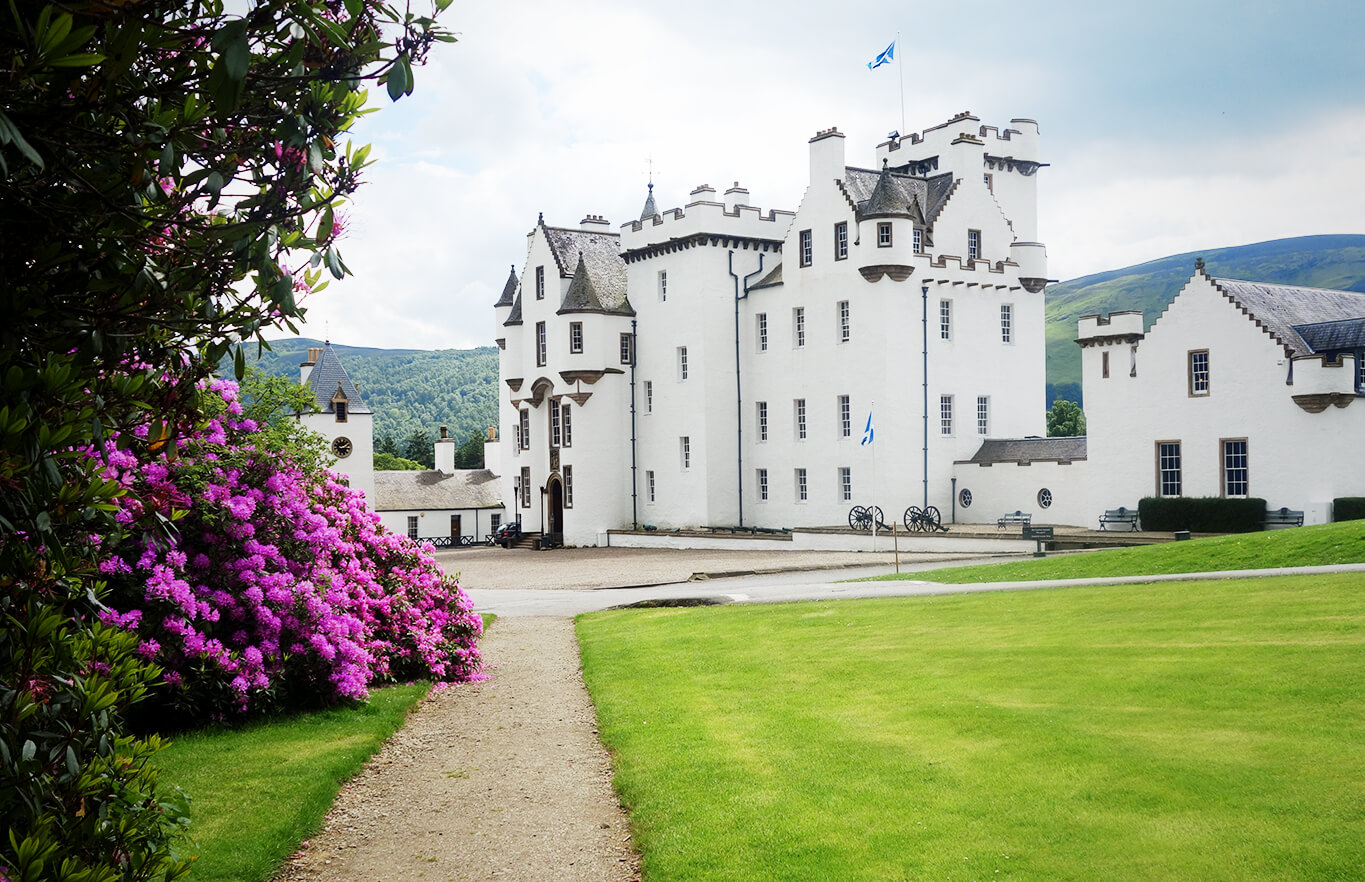 
No visit to Perthshire is complete without a visit to this four-story Scottish castle. With its whitewashed walls, towers, and surrounding mountainous landscape, it’s stunning—to say the least. “This was one of my favorite Scottish castles!” said staffer Nic. “It’s packed full of historical artifacts.” In fact, it was the former home of the Dukes and Earls of Atholl, and you can dive into that history on our Edinburgh & the Castles of Scotland tour. 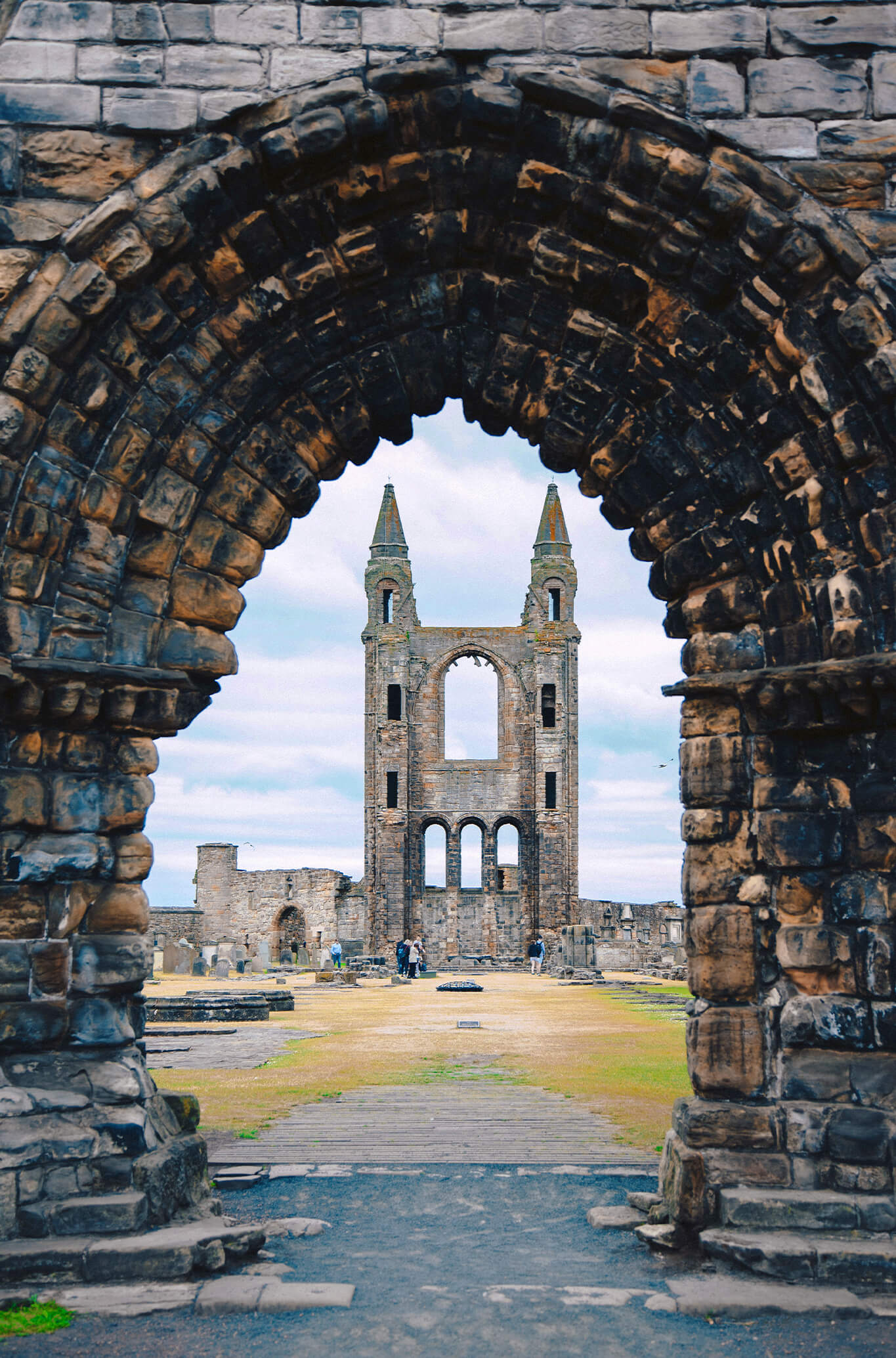 
Looking for an easy day trip from Edinburgh on our Edinburgh & the Castles of Scotland tour? Visiting the university town of St Andrews on an added excursion is just the ticket. It’s home to golf, the oldest university in Scotland (where Prince William and Kate Middleton met!), and a 13th-century castle overlooking the North Sea.

Have your own favorite castles in Scotland? Tell us about them on our Facebook page!

Find your tour of Scotland 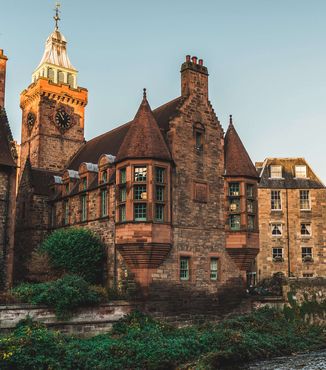 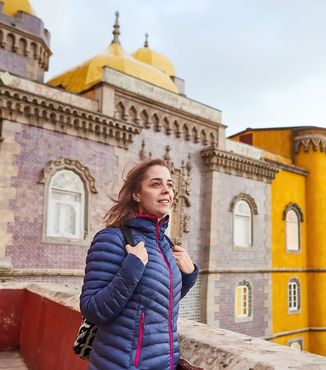 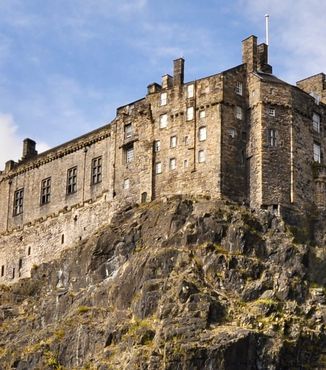 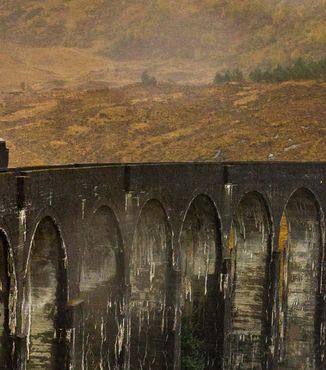