A look at Go Ahead’s emergency response in action

It’s inevitable that at some point, we’ll come up against situations that are out of our control. Sometimes these unexpected events affect our daily lives, and sometimes they affect our travels. This is something 30 travelers had to face when devastating fires broke out in Napa Valley while they were there on the San Francisco & California Wine Country Convention Tour. We caught up with Group Coordinator Diane and her daughter Jamie to hear what that scary experience was like, and what they thought of Go Ahead’s quick response to the emergency. 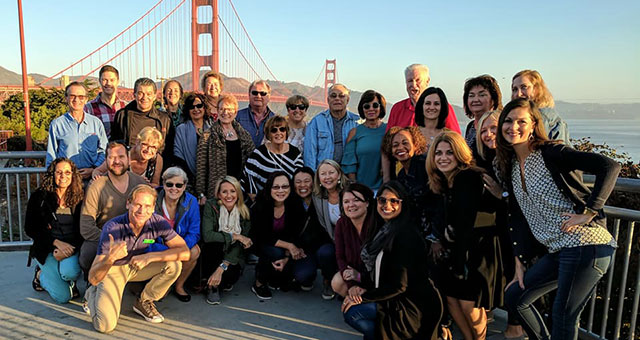 Go Ahead: You got a firsthand look at the devastation caused by California’s recent fires. It’s impossible to prepare for terrible situations like this in your daily life or your travels. How did you feel?

Diane: Wow. It was so sad to be in Napa Valley the day the fires started and see houses burning on the ridge beyond our hotel. We spoke with winery owners who were possibly losing their life’s work, their passion, but were still upbeat and grateful that their families got out in time. I mostly felt concern and sadness for those who were being impacted by the fires. At no time did I feel concerned for my own safety.

Jamie: I was completely devastated for the people in the area and very concerned that the situation was getting worse instead of better. But I wasn’t as worried as I would have been if I was there alone. I knew that Go Ahead would ensure we were safe, transport us wherever we needed to go, and put a backup plan in place quickly. For someone as neurotic as me, it was a relief. 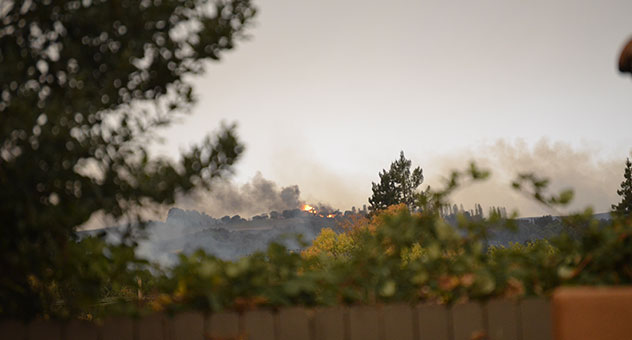 Go Ahead: What did you think when you woke up at your hotel in Napa Valley with no electricity, cellphone service, or Internet?

Diane: I was worried because I smelled smoke and could see the skies were glowing red in the distance. I knew there was a problem, but never dreamed of how the fires would escalate. But I wasn’t panicked. I called Go Ahead’s emergency number (when cell service was still available), and they then connected with the Go Ahead staff members on tour with us.

Jamie: It was frightening! I woke up at 2am to stomping and a door slamming in the hallway. When I realized the power was out and saw emergency vehicles outside, I knew there was something going on. I called the front desk and they said there were some brush fires and they would call me if we needed to evacuate. My mom told me she’d spoken to Go Ahead’s Emergency Support Team and not to worry, but recommended we pack our things in case of evacuation.

It wasn’t until I went on Twitter that I understood the seriousness of the fires. I started following the #napafire hashtag and getting progressively more concerned as I read how people were running away from their flaming houses and being airlifted off the highway where they were stranded. It was honestly a pretty scary night, but I knew we would be evacuated if the fire came anywhere nearby. 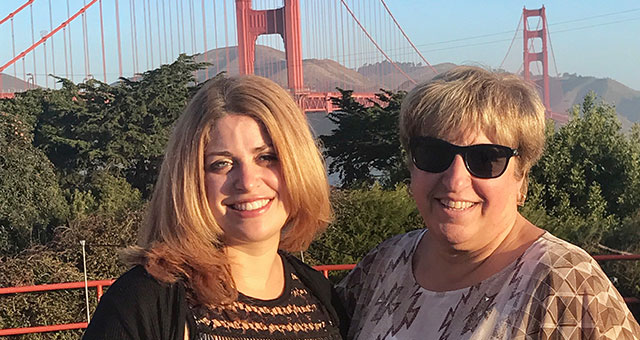 Go Ahead: What did the Go Ahead team handle that you wouldn’t have been able to handle on your own?

Diane: Everything! Go Ahead moved us out of Napa Valley to a new hotel in San Francisco and figured out which roads to use as we left so we would be safe. They also found an open winery in the area for a wine tasting and planned a special dinner.

Jamie: I would have been a mess without Go Ahead. There were tons of road blockages, and without knowing the area we would have likely driven straight into a fire. We also had no cell signal and no Internet access. How could we have booked a room in a different area or figured out a plan B without Go Ahead’s help? The Go Ahead staffers on tour were so calm and assured us their team was working on it and we didn’t have to worry. 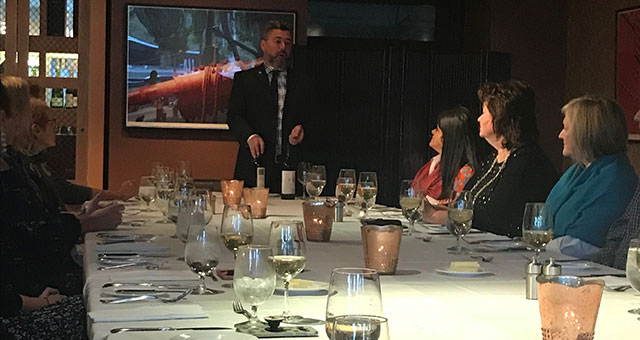 Go Ahead: What did you think of Go Ahead’s emergency response?

Diane: It was perfect. They kept calm, kept us in the loop, and just handled it. I was very grateful to have been traveling with Go Ahead and to see firsthand how quickly and efficiently they moved us to a safer area with a new hotel and new activities to fill the day.

Jamie: I thought the emergency response was amazing and that day turned out to be a great one despite the horror of the fires. Everyone was so incredibly calm, helpful, and thoughtful. 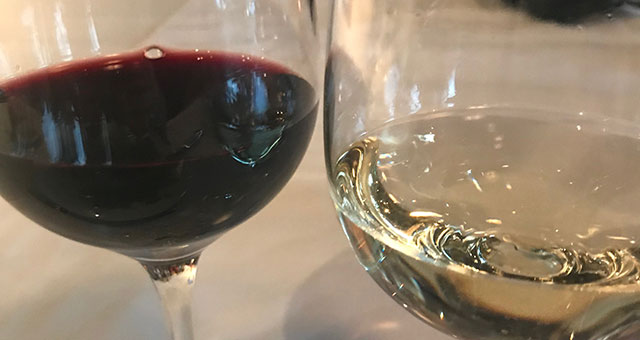 Go Ahead: How did you feel about the last-minute changes Go Ahead made to your tour itinerary while in Napa Valley?

Jamie: I thought it was incredibly impressive how quickly Go Ahead was able to put together a wonderful day. They took us to the Krupp Brothers Winery in place of the three wineries we were supposed to visit and it was the best wine tasting of the trip. The added dinner that night at One Market was also exquisite! I couldn’t believe Go Ahead was able to put together a private dinner at an amazing restaurant so quickly. No matter what, I knew the team had our backs and it would be a five-star experience.

Diane: It turned out to be a lovely day despite the fact that we were worried for those whose lives and properties were in harm’s way. 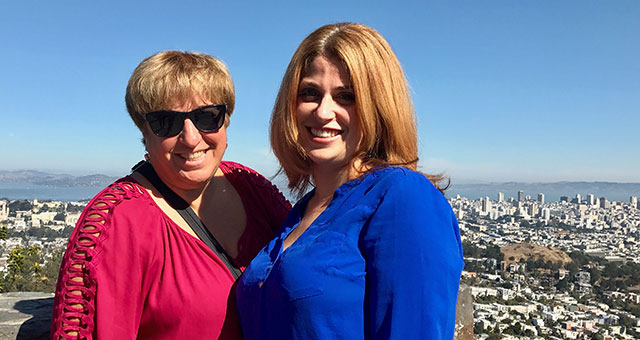 Go Ahead: What did you take away from the whole experience?

Diane: I have yet another example of how Go Ahead truly takes care of us on tour. This experience would have caused panic if I was traveling individually. I would have been so worried. But all I needed was to see Go Ahead staff that morning to know I could relax. Thank you to all for a job well-done!

Jamie: It actually made me even more interested in group travel. It’s hard to imagine what I would do in a situation like this if I was traveling alone. But, I didn’t have to worry or figure out a plan, I just had to put my faith in the group. Knowing there was someone who could help navigate the horrifying situation was relieving. It’s even more of a reason to travel with Go Ahead in the future!

Learn about the Go Ahead Difference and the benefits of traveling with us! 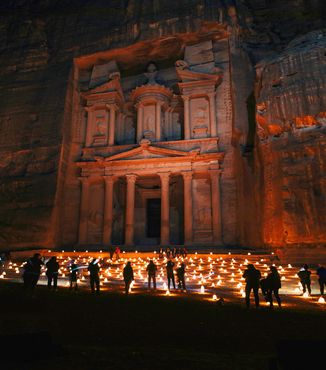 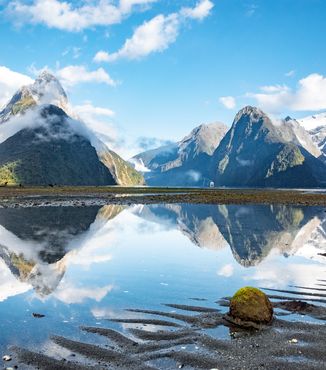 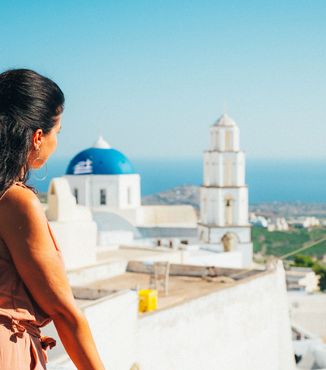 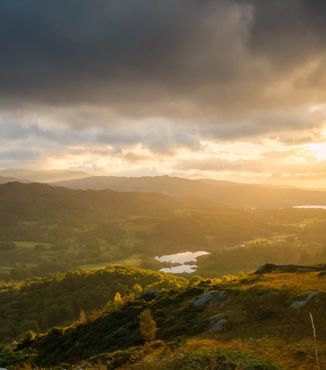 Travel buzz
The spookiest places to visit in Scotland & Ireland