Why you should add northern Spain to your wish list

Customized Itinerary Specialist Emily explored Spain’s northern regions on a Customized Tour of Spain and Portugal. Here, she shares why northern Spain should be at the top of every traveler’s bucket list.

Call me a Hispanophile, but I fell in love with Spain the minute I stepped off the plane in Seville during my third year of college. Whenever I return, I aim to delve deeper into the culture and see more of the country’s 17 autonomous regions, each of which has a wealth to offer its visitors.

I was lucky enough to join a wonderful group for the Spanish portion of their Customized Tour. They had done what many of our most successful Customized Tour groups do and combined two very popular Go Ahead itineraries Barcelona & Northern Spain with Portugal: Porto, Lisbon & the Algarve), packing their tour with the best excursions from each and adding in special visits here and there.

The result? A fully comprehensive tour of the northern half of Spain and nearly all of Portugal, and several more regions checked off my list. Cathedrals, Hemingway, vacation spots of the Victorian elite, medieval towns, alpine lakes and never-ending seafood are just some of the wonders waiting for you in northern Spain. You may not catch a flamenco show or try traditional paella, but you will see a side of Spain often reserved for Spanish tourists and locals from neighboring countries, rarely seen by North Americans. Allow me to add some destinations to your Iberian bucket list! 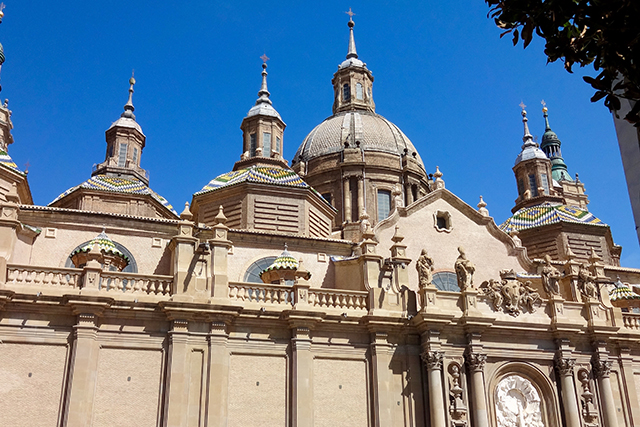 Zaragoza’s Basílica del Pilar dominates the city’s main plaza. Enjoy lunch at one of the many cafés lining the square, and you’ll get a chance to marvel at the sheer size and detail of the basilica. During select times, you can climb one of the towers to get panoramic views of the city. Take a look inside and see two of the three unexploded bombs dropped on the church during the Spanish Civil War. You’ll also see the shrine of El Pilar, one of the more important pilgrimage sites in the Spanish-speaking world. Across the river, you can capture the iconic photo of the basilica in its entirety. 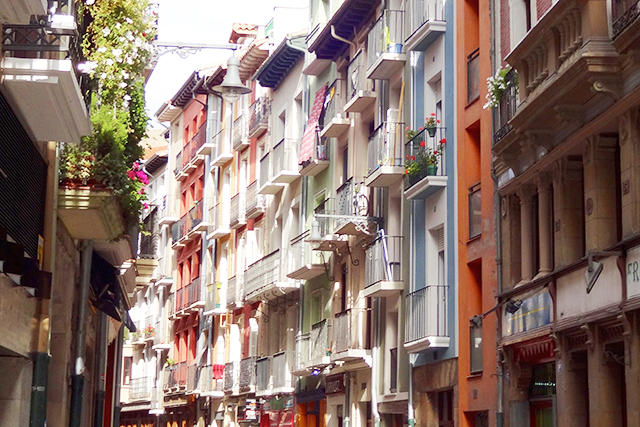 The streets of Pamplona inspire adventure seekers from all over the world to try their luck at outrunning the bulls every July. Outside of the festival of San Fermín, however, the city’s historic center offers pleasant strolls through narrow, pedestrianized streets, excellent food and a chance to walk in the footsteps of Hemingway. To really get into the mood, order a cafe con leche while reading a copy of Hemingway’s The Sun Also Rises. 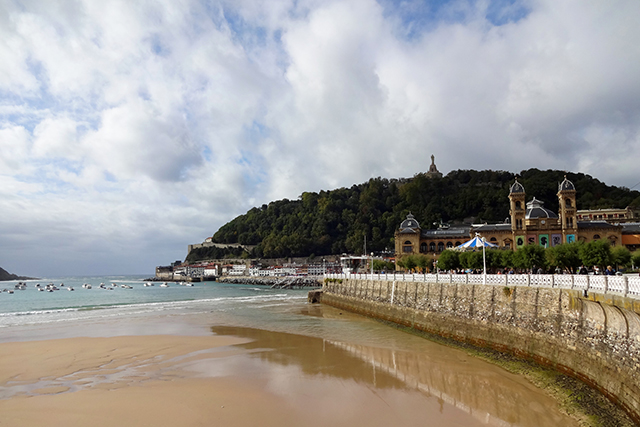 Enjoy the beach in Basque country

It’s no wonder that San Sebastian, known as “Donostia” in Basque, became a summer favorite for Spanish high society. The wide beaches, beautiful green hills and temperate climate make it the perfect getaway. These days, the best of the best still gather annually for the city’s film festival. If the beach isn’t your thing, try your hand at climbing Monte Urgull. At the top, you’ll be rewarded with spectacular views and a fascinating exhibit housed within the base of the statue of Christ that crowns the hill. Treat yourself when you get back down to sea level with some of the city’s signature pintxos. These small sandwiches are meant to be enjoyed in just two or three bites, and each restaurant or bar has its own set of specialties. 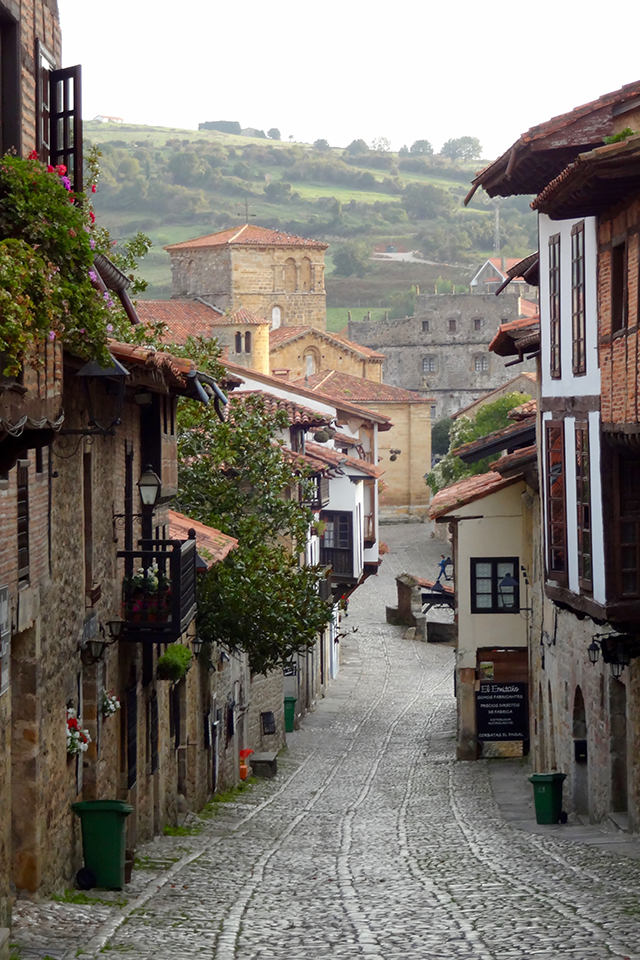 Uncover the three lies of Cantabria

There’s a town in the autonomous region of Cantabria known as the “town of three lies.” Santillana del Mar’s name implies that it is holy (“santo”), flat (“llana”), and by the sea (“del mar”). It turns out to be much better, taking visitors on a trip through time back to the Middle Ages. The town’s cobblestoned streets, quaint shops, and flowered balconies afford dozens of photo opportunities. In fact, there may not be a corner of town that does not merit a photograph. While there, try some of its many local artisan foods, like local hard cider and chocolate. 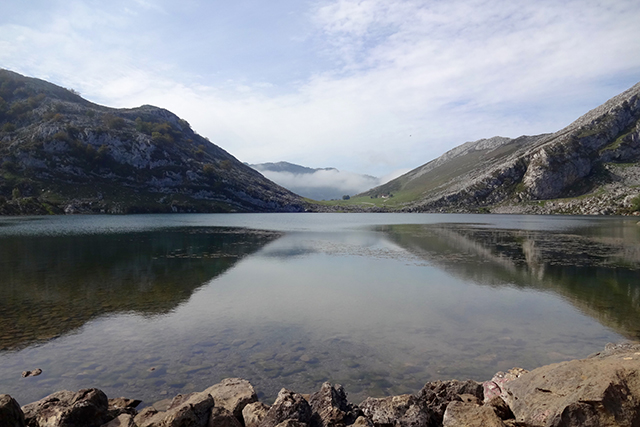 Take in the mountain views of Asturias

When we began our day trip to Picos de Europa National Park, I wondered why our normal bus driver would not be the one to take us up into the mountains. Ten minutes into the climb towards to the twin glacial lakes of Covadonga, we had experienced enough switchbacks and shared the road with enough cattle and sheep to understand why this journey took a specially skilled driver, and a smaller bus. It was worth the climb through the fog to witness the clouds parting when we got to the top—they revealed an alpine scene that seemed more like what you’d find in Switzerland or Austria than in Spain. 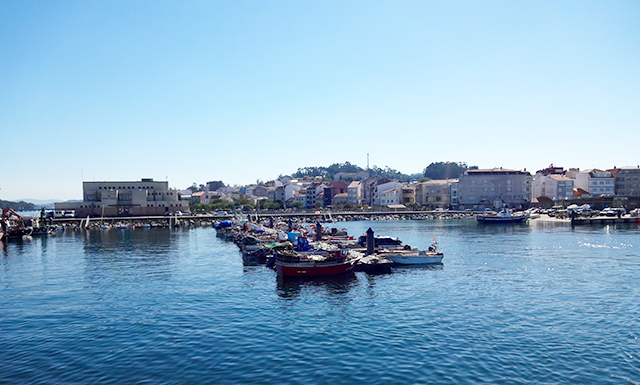 Galicia is known for being the endpoint of the Way of St. James. Beyond its majestic cathedral, it is one of the largest fishing ports in the world. It’s truly a seafood lover’s dream. On the Traditional Galician Dinner excursion, we were presented with plate after plate of mussels, shrimp and scallops, all before the main course. More adventurous travelers should be sure to try the local octopus, traditionally served with olive oil, salt and smoked paprika. Our stay in Santiago de Compostela included a boat cruise through estuaries known as the Rías Baixas, where we learned how the local seafood is harvested while we feasted on all-you-can-eat mussels.

Have you ever been on a trip to northern Spain? Explore our Spain tours here!