What to know about Oberammergau

Every decade hundreds of thousands of people travel to Oberammergau, Germany to witness the world-famous Passion Play. This event is what the town is best-known for, but there are many other charms and traditions that make this quaint destination a must-see spot no matter the year. Read on to learn about the historic event and some of the town’s hidden treasures.

The storied past of Oberammergau is intertwined with the centuries-old tradition of the Passion Play. In 1633, the Bubonic Plague was spreading throughout the region and Oberammergau was no exception. A man brought the disease into the town and 84 people died over the course of three weeks. The townspeople pledged that if God spared the rest of the citizens from the sickness that they would put on a Passion Play every ten years. The plague stopped spreading by July of that year and in 1634 the people kept their promise and performed the first Passion Play. It is now performed in years ending in zero, with the exception of 1934 and 1984 when the townspeople shifted the schedule to celebrate the 300th and 350th anniversary, respectively.

It’s no surprise the Oberammergau Passion Play is a grand event considering it only takes place every ten years. The play, which depicts the story of Jesus’s life and death, is put together by the locals with over 2,000 of the 5,300 townspeople participating. They come together to do everything from directing, singing, playing in the orchestra, helping as stage technicians, and much more. The honor of acting in the play is reserved for those who were born in Oberammergau or have lived in the town for at least 20 years. As the tradition grew, so did the venue. The current location features a custom-built stage that holds 4,700 spectators. 2022 marks the 42nd rendition of the play and the locals will put on 100 performances from May through October, each of which lasts eight hours with a three-hour dinner intermission.

When you walk down the streets of Oberammergau the realistic frescoes that appear on building facades add an element of charm to the already idyllic town. Called Lüftlmalerei, these paintings are a Bavarian architectural representation of the traditional trompe-l’œil style. The frescoes are an optical illusion and trick the eye into seeing the painting three-dimensionally. Franz Seraph Zwinck was born in Oberammergau and is one of the most famous painters who practiced this art form. The name of the paintings is believed to be a nod to his profession. Zwinck lived in a traditional Zum Lüft house and was referred to as the the Lüftlmaler, or Lüftl painter, since he painted the frescoes on the buildings. Many of the pieces depict religious scenes, but there are a wide variety of examples of the beautiful art form throughout the town.

The tradition of woodworking

Oberammergau is the perfect place for travelers looking to get their art fix as it’s home to the Bavarian State Woodcarving School and the charming streets are lined with a variety of shops that showcase everything from religious figurines to children’s toys. Stop by the living workshop at Pilatushaus to talk with the woodworkers and see them in action as they craft pieces in front of visitors. The name of the building translates to “the House of Pontius Pilate” and the Lüftlmalerei on the front of the building depicts Pontius Pilate denouncing Jesus. The studio is free to enter and also features potters and reverse glass painters. You can pick up a traditional wooden souvenir by stepping inside the neighboring handcraft shop where the artists display and sell their work.

Are you planning on attending the 2022 Passion Play in Oberammergau? Let us know on Facebook!

Travel to Oberammergau in 2022 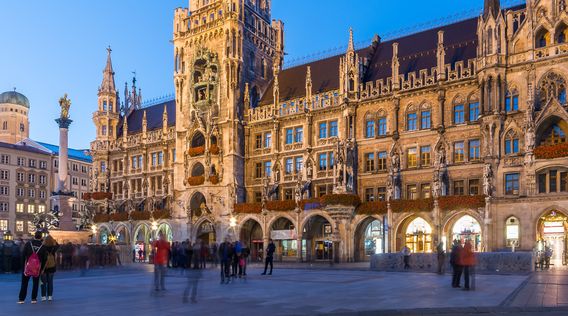 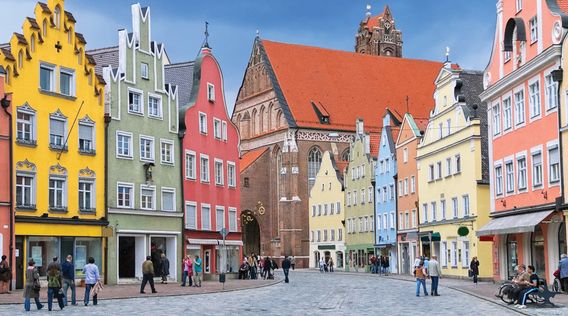 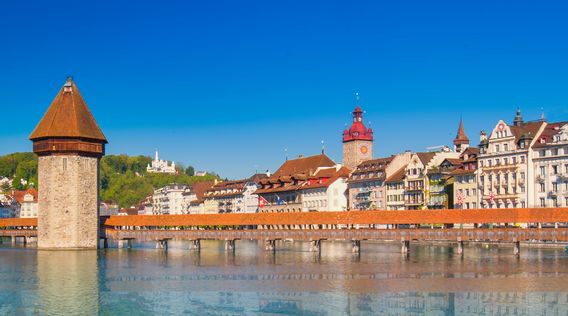