Thanks in part to the famous composers who lived and worked there in the late 18th century, Vienna is known today as the “capital of classical music.” During these years and into the early 1900s, grand opera houses and performance halls were built in order to accommodate the overwhelming influx of musical talent. Read on to learn more about the people and venues that contributed to the Austrian capital’s stellar musical reputation. 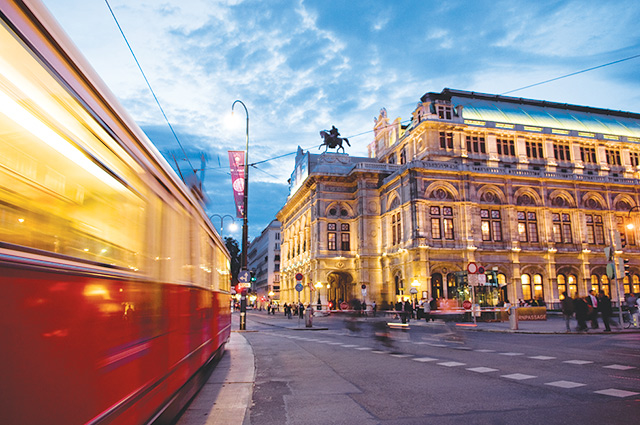 The Viennese school is the name commonly used to refer to Vienna’s three primary composers of the Classical period (1750-1820).

Due to his role as an instrumental player in the advancement of chamber music, the piano trio and musical form, Joseph Haydn is regarded as the “Father of the Symphony.” Starting from humble beginnings as a struggling freelance musician, he later became a court performer for the affluent Esterházy family, and by the time of his death was one of Europe’s most acclaimed composers.

Did you know?: At the young age of six, Haydn left his parents’ home to become a musical apprentice.

Of Mozart, Haydn once wrote “posterity will not see such talent again in 100 years.” A musical prodigy, he was proficient in the violin and keyboard and was writing complex pieces by the age of five. At 17, he was performing for royalty at the Salzburg court, but grew restless with the appointment and eventually made his way to Vienna, where he would stay until his death.

Did you know?: In his lifetime, Mozart wrote over 600 works, many of which are still regarded as prime examples of their genres.

At the age of 22, Beethoven moved to Vienna from his hometown of Bonn, Germany where he studied under Haydn. Here, he wrote the symphonies, concertos and sonatas responsible for making him perhaps the most well-known and influential composer in history.

Did you know?: At the age of 26, Beethoven began to lose his hearing and was completely deaf for the last decade of his life. Despite his hearing loss, he continued to compose, writing some of his most acclaimed works. 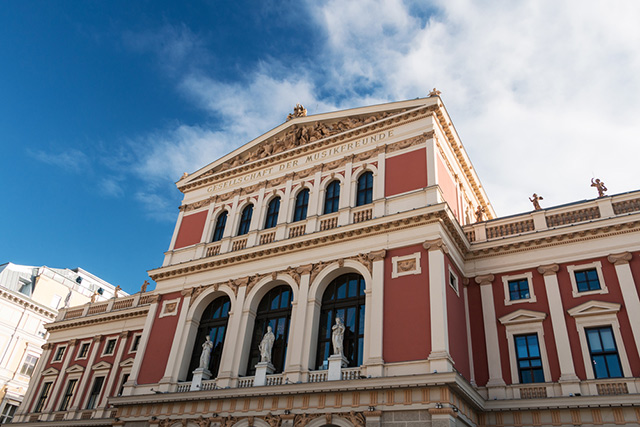 Vienna is home to a wealth of grand musical venues; here are three of our favorites.

Musikverein This home of the Vienna Philharmonic Orchestra was inaugurated in 1870, and boasts some of the finest acoustics of any concert hall in the world. It has also seen its fair share of famous resident conductors with Anton Rubinstein and Johannes Brahms holding the post there in the late 1800s.

Vienna State Opera Construction of this Neo-Renaissance opera house finished in 1869, eight years after it was started. Today, between 50 and 60 operas are produced here each year.

Theater an der Wien Opened in 1801, this historic theater saw the premiere performance of Beethoven’s Fifth Symphony in December of 1808. The famous composer also lived here from 1803-1804.