A few things to know about Italian wine

As one of the world’s best wine regions, Italy has plenty to offer expert oenophiles and lovers of the vine alike. But between grape varieties and country-specific classifications, how do you keep it all straight? Before you dive into the world of wine on your trip to Italy, here are a few tips to get you started! 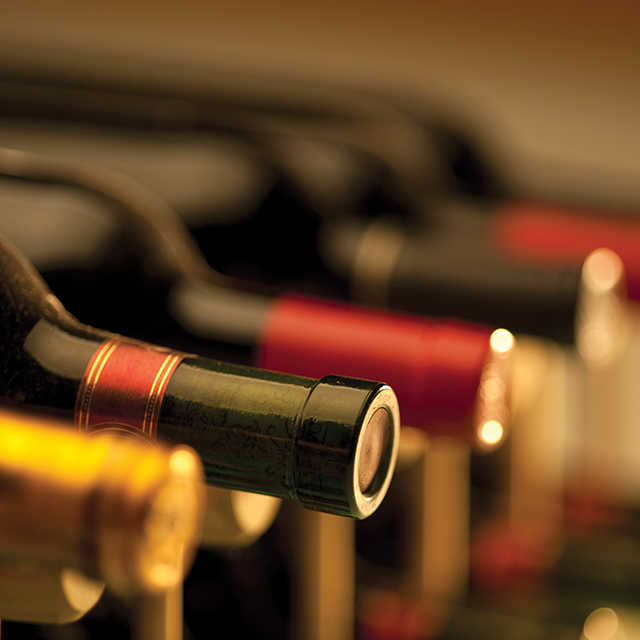 What’s in a name?

You’ll be able to tell a lot about your wine just by looking at the bottle. Italian wine labels usually feature at least few—if not all—of the following: wine type, the region the grapes were grown, the wine’s classification and the name of the winery. (Learn the lingo and more tips with this handy guide.)

What those letters mean

Italy isn’t the only country in the world with an appellation system governing wine production and quality; countries like France and Spain also have similar rules in place. What can be confusing is that the quality of the wine is often, but not always, reflected by its classification. Many great Italian wines don’t earn the “best” classification, but it’s still nice to know what they mean—and it helps guarantee that the wines you pick up at home are authentically produced in the region.

Denominazione di Origine Controllata e Garantita is the strictest set of standards for an Italian wine. The major difference between DOC and DOCG wines is the garantita, or guarantee. To receive the DOCG appellation, wines have to pass a chemical analysis and taste test, along with meeting all the standards for a DOC wine. Due to the stricter regulations, very few wines fall under the DOCG appellation; currently, there are only 73.

Denominazione di Origine Controllata means “denomination of controlled origin.” Started in 1960, DOC rules define the region, grapes used, techniques and even the color and alcohol content of the wines. There are 330 DOC-classified wines produced in Italy, including Orvieto and Taburno.

Vino di Tavola, or simply Vino, is table wine. It’s the category of wines that fall outside all the restrictions of Italy’s appellation system. Until the introduction of IGT standards, many great Italian wines that couldn’t meet higher restrictions were relegated to the lowly Vino di Tavola status, leading to discord in among winemakers.

Wines to know (and try!)

While the name sounds like some kind of Italian superhero, super Tuscan wines don’t have any secret powers—except in their grape blends. These wines utilize grapes not native to Italy, like merlot and cabernet sauvignon, resulting in new flavors and qualities of wine. The rise in popularity of super Tuscans eventually led to the creation of the IGT appellation, which accommodates the high-quality wines made in this style. To quickly spot a super Tuscan, check the label—most of these wines will be prominently “named,” rather than featuring a region or type of grape on the bottle.

The first DOCG-certified wine, Brunello di Montalcino is one of the best in the world. First produced around the 14th century, Brunello is a red wine made from a specific strain of Sangiovese grape and aged in oak barrels for at least two years. Because of its high quality, and the time it takes to go from grape to glass, bottles of Brunello di Montalcino aren’t always wallet-friendly. In fact, the incentive to produce more Brunello wines led to a scandal in the early 2000s, when some wineries were accused of mixing in different grapes—the U.S. even temporarily blocked imports that weren’t proven to be 100% Sangiovese. _Pro tip: _Live near a Trader Joe’s? They have a great selection of Brunello wine that won’t break the bank.

Chianti is easily identified by the iconic rooster sticker, which appears on the neck of DOCG wines from the Chianti region of Tuscany. This fowl has legendary roots—according to local lore, a black rooster helped the Florentines win territory from their neighbors in Sienna when it kicked off a horse race early with its pre-dawn crowing. If the bottle bears the black rooster insignia, which became the symbol for the League of Chianti, you can be sure it’s a Chianti Classico.

Vin Santo, which translates as “holy wine,” is a dessert wine made through distinctive methods. The grapes used in vin santo are dried, which leads to a higher concentration of sugar in the wine and lends some of its characteristic amber color. Vin santo has been around since the Middle Ages, and while it’s traditionally served as a dessert wine, you’ll find a variety of flavors from dry to very sweet. Try it with biscotti to enjoy a traditional Tuscan pairing!

Terroir is the word that encompasses how a region’s climate, soil and terrain affect the wine. The Italian terroir ranges from rocky, clay soil to volcanic and limestone sediments, which changes how grapes grow—and taste.

Riserva or “reserve wine,” is a designation for a wine that has been aged, and is usually of a higher quality. To be labeled as riserva, wines have to be aged in a cask or bottle for a set period of time, generally two or more years longer than average.

Dreaming of tasting wine on a tour of the Tuscan countryside yet?