London through the pages of A Christmas Carol

In Charles Dickens’ day, Londoners had only just begun celebrating the season with Christmas trees and carols. With A Christmas Carol, Dickens single-handedly swept in new fervor for holiday traditions. Today, the city is home to some of the world’s most festive Christmas markets, many of which run all December long.

Dickens was regarded as a literary genius during his day, and with classic works like A Christmas Carol, A Tale of Two Cities, Oliver Twist, and Great Expectations, his reputation as one of the world’s most prominent authors still stands. Dickens’ Ebenezer Scrooge is considered one of the most famous literary characters of Western culture—and his name itself is now synonymous with miserly deeds. Scrooge’s character was intended as social commentary; one of Dickens’ greatest passions was assisting London’s poor.

It’s said that Dickens would walk as many as 20 miles each day across London; he called the city his “magic lantern,” and sought out inspiration in every corner. He brought each detail, from the sound of voices in far-off pubs to the carriage traffic on winding streets, into his work.

So where exactly did Scrooge experience his holiday change of heart? Much of Dickens’ storytelling is ambiguous, but with some solid guesswork a few locations can be mapped out.

To get a feel for Scrooge’s day-to-day life as a money lender, take a stroll around Newman’s Court near St Michael Cornhill Church and imagine Scrooge walking these same streets, as coins stack up in his imagination.

When it was time to clock out, Scrooge likely headed home to Lime Street, which is now full of modern offices and high-rises, a far cry from Dickens’ day. In fact, some believe Scrooge’s home is now the site of the architecturally renowned Lloyd’s of London building, nicknamed the “Inside-Out Building” due to its 14 stories of modern design.

As for sickly Tiny Tim and his dad Bob Cratchit, Dickens mentions Camden Town by name, which at the time was very impoverished. In fact, some believe Tiny Tim’s home is based off one of Dickens’ own childhood homes in Camden, where he lived during a time when his family was in financial distress and his father was jailed in a debtors’ prison. Today, Camden is one of London’s trendiest neighborhoods, overflowing with boutiques and bars.

While Dickens might not recognize his old stomping grounds in the London Borough of Camden, just across the Thames, a favorite haunt of his remains. The George Inn, a historic pub and coaching inn, even dates back to Shakespeare’s time.

Have any recommendations for how to soak in the storied holiday spirit on a trip to London? Let us know on Facebook!

Start planning a trip to London 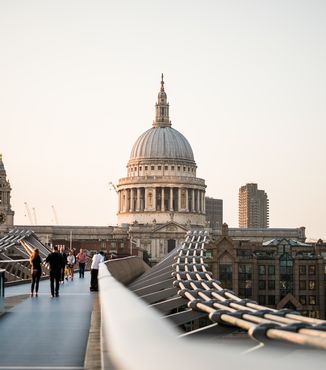 Travel tips
8 brilliant ways to pass the time in London Global cuisine
Places to Eat in London, Paris, and Rome 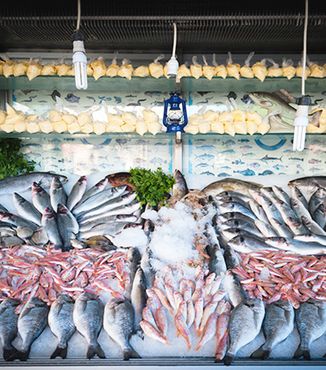