Of the over 100 islands that comprise the city of Venice, Lido di Venezia is undoubtedly one of the most alluring. From the many shell-dotted beaches to the bustling streets where locals go about their daily lives, this is the side of “The Floating City” that most travelers never get the chance to see. Here are six reasons why you should put Lido on your list of must-visits while on tour in Venice. 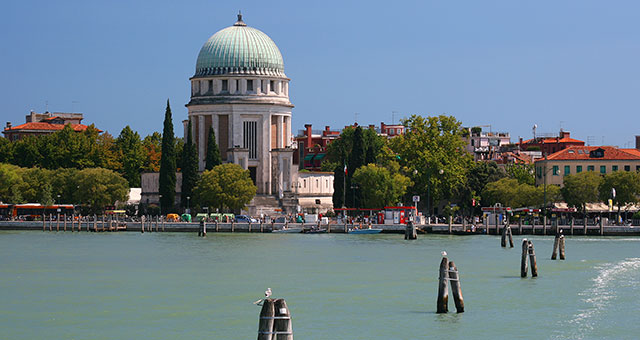 1. You can’t beat the location

Imagine all of Venice’s iconic charms—picturesque waterways, winding streets, fascinating history—and subtract the crowds, and that’s Lido. Situated just a stone’s throw from Piazza San Marco and sitting smack dab between the Venetian Lagoon and the Adriatic Sea, Lido is the place to go to enjoy a quiet respite (and lower prices) while getting a taste of real local life. Soak in all the island has to offer and when mainland Venice beckons, simply hop aboard a vaporetto. It’s only 9 euro for a one-way trip and you’ll be in the city’s historic center in just about 10 minutes.

2. There’s a beach in reach

In a city surrounded by water, Lido is distinguished as the “beach town.” While the island isn’t bisected by many canals, it stretches for over seven miles alongside the Adriatic and its sprawling public beaches call to both locals and visitors alike during the warmer months. Collecting shells on a seaside stroll, diving in the ocean to cool off in the summer—there may be countless ways to pass the time in Venice, but we can’t deny that soaking in the Italian sunshine next to the ocean (for free!) is one of the most enticing. 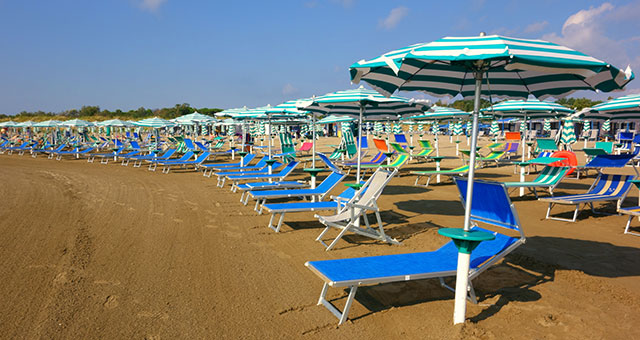 It’s on the island of Lido that authentic Venetian culture springs to life in vivid color. The sandbar’s location away from the hustle and bustle of the mainland lends itself to a laid-back atmosphere, and watching the locals who live here going about their day-to-day lives is a unique way to get acquainted with the city. One great way to enjoy the culturally immersive perspective? Renting a bike and coasting along the island’s pedestrian-friendly streets. Just remember to keep an eye out for cars—Lido is one of the only islands with roads wide enough for locals to drive them!

4. There’s a lot to be said for the sunset

Get your camera ready, because of the many wonderful things Lido has to offer, a spectacular sunset is one of the most frame-worthy. With it’s easy-to-access coastline and clear views over the water, you can always find a good spot to watch the glowing sun sink below the horizon. Sit back at an outdoor cafe and enjoy a Bellini—the cocktail was invented in Venice, after all—while admiring the way the pink-hued sky reflects on the water. 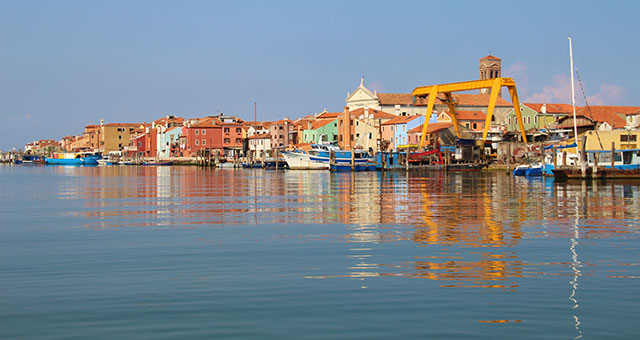 Venice is brimming with historically significant landmarks, and the unsung icons on Lido most certainly hold their own. Of the many captivating gems not to miss, the medieval Jewish cemetery is one of the most enthralling. It dates back to the 14th century, and while most of the cemetery was destroyed after the fall of the Venetian Republic, the tombs that have been restored are a remarkable remnant from the city’s long history. Another landmark to visit? The Church of Santa Maria della Vittoria, which pays homage to the Italians lost during the First World War and is the first site you’ll see as you approach the island by boat.

6. Stars flock for the film festival each year

George Clooney, Natalie Portman, Mel Gibson—Lido has played host to these international actors and more at the annual Venice Film Festival. Since 1932, the red carpet has been rolled out at this star-studded event every September to celebrate the best-of-the best in cinema, and you might just catch a glimpse of some of the world’s most well-known actors if you happen to be in Lido in autumn.

What’s your favorite thing about Venice? Interested in traveling through Italy on a tour of Venice? Tell us on Facebok!