With the Smithsonian Institution headquartered here, it’s no surprise that Washington, D.C. is also the nation’s museum capital. Whether you’re looking to see priceless works of art, collections of historical artifacts, timeless cultural touchstones, or just about anything else under the sun, the city most likely has a museum that features it. 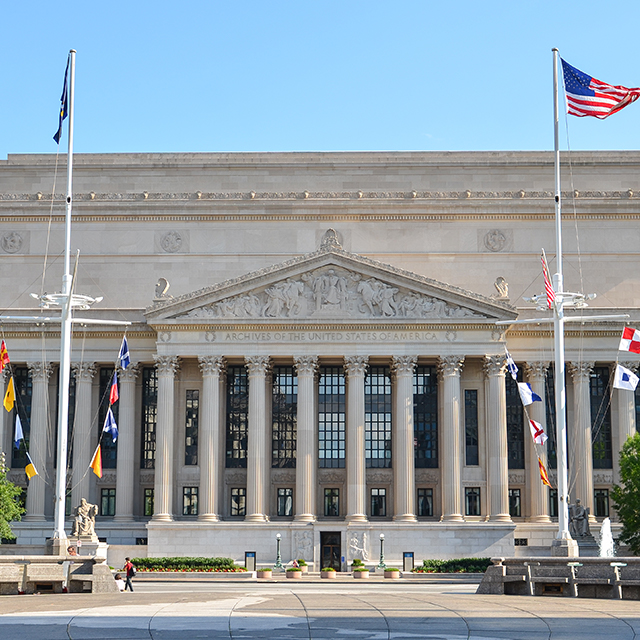 With over 126 million plant and animal specimens, fossils, minerals and much more to see, the natural history museum attracts millions of visitors each year. Not only does it house an impressive collection, the museum is also a world-class research center where hundreds of natural history scientists carry out their work.

The Hall of Geology, Gems, and Minerals: From the legendary Hope Diamond to meteorites, this trove of glittering crystals is thought to be one of the most comprehensive collections in the world.

FossiLab: Watch professionals and expertly trained volunteers at work in this real-life laboratory as they unpack, extract and preserve fossil specimens that have been sent in from the field.

On a mission to “inspire a broader understanding of our nation and its many peoples,” the National Museum of American History houses a significant collection that puts American heritage on display. Packed to the brim with examples of Americana, a visit here is both nostalgic and akin to stepping back in time.

American Stories: Through the use of culturally significant objects, this permanent exhibition tells the tale of America from its founding to the present day. Stop by to see everything from a fragment of Plymouth Rock to the ruby slippers worn by Judy Garland in the Wizard of Oz.

The Star-Spangled Banner: The Flag that Inspired the National Anthem Here, discover both the events that led to the penning of our national anthem and the actual flag that inspired it. Catch a glimpse of the well-preserved stars and stripes and learn how it was made before examining the sense of patriotism that it evokes.

The fifth-most visited museum in the world in 2014 and home to the largest collection of historically significant aircraft and spacecraft on record, the National Air and Space museum promises an interesting time to its visitors. Like its cousin, the National Museum of Natural History, the Air and Space Museum is a top research center and conducts studies in planetary and aviation science, geophysics and terrestrial geology.

Early Flight: Delve into the early days of human flight in this enterprising exhibit. Get swept up in the spirit of innovation that permeated this time period as you take in designs by Otto Lilienthal, the Wright Brothers, Herman Ecker and others.

Space Race: Go behind the scenes of the tension-filled rivalry between the United States and Soviet Union space programs that existed in the mid-20th century. Discover the history that surrounds this tumultuous time, then see the technological results—from various examples of manned spacecraft to the Hubble Test Telescope.

Rotunda for the Charters of Freedom: It’s here that the original copies of the Declaration of Independence, Constitution of the United States and Bill of Rights are permanently kept on display. Stop in to see—in writing—the pillars upon which our country was built.

Records of Rights: Anchored by an original copy of the 1297 Magna Carta, this poignant exhibit details the pursuit of those rights promised in the founding documents that thousands of Americans have embarked upon throughout the years.

The first modern art museum in the country, the Phillips Collection was opened to the public in 1921. Located in the home of its founder, art collector Duncan Phillips, the works on display include impressionist and modern paintings by both American and European artists.

Luncheon of the Boating Party: Far and away the museum’s most famous and popular piece, this 1880 Renoir painting depicts a group of the artist’s friends and colleagues as they relax on a Parisian restaurant balcony.

The Migration Series: This progression of 60 paintings by artist Jacob Lawrence captures the mass migration of African Americans from the Southern countryside to Northern cities that occurred in between the first and second World Wars.

Seven levels of hands-on exhibits, a dedication to chronicling the importance of the five freedoms protected by the First Amendment and a passion for media history combine to create the Newseum—considered to be one of the most interactive museums in the world.

Berlin Wall Gallery: Come here to see the largest section of the original wall that exists outside of Germany, and learn how even a 12-foot-high concrete barricade couldn’t block news and information from the outside world.

Pulitzer Prize Photographs Gallery: 1,000 award-winning photographs and 15 hours worth of video and audio content were used to create this poignant display. Discover the stories behind notable news photographs like Raising the Flag on Iwo Jima, Burst of Joy and many others.

Note: The galleries here are so comprehensive and detailed that your admission ticket is good for two days.