With sweeping landscapes ideal for farming and ready access to the sea, Spain is unquestionably a destination for foodies. Whether you’re feasting in the southern Andalusia region or along northern Galicia’s abundant coast, the country’s vibrant flavors abound. Here are a few of the most famous regional dishes to try on a tour of Spain. 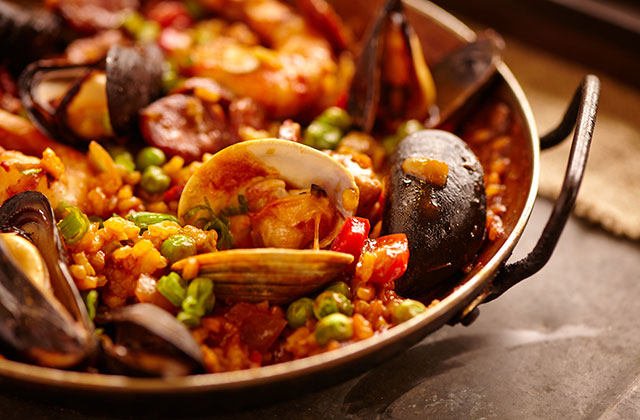 Paella may well be the dish that springs to mind when thinking of traditional Spanish cuisine, and for good reason. With spices that link back to the Middle East and ingredients the sing an ode to some of Spain’s most important culinary products, it’s a dish that captures the essence of the country. While Valencia’s authentic paella is made with rabbit, chicken, snails, beans, and saffron-seasoned rice, the well-known seafood variation is just as indulgent. No matter what kind you order, you should follow Go Ahead staffer Rebecca’s first-hand foodie advice and expect to wait for the best-of-the-best. “If your dish comes in less than 25 minutes, that means that the rice was pre-cooked and has been sitting out,” she says.

Try it in Valencia on: Grand Tour of Spain

San Sebastian churns out some of Basque Country’s best pinxtos, a regional type of tapas, and this famous bite of pickled guindilla peppers, green olives, and salty anchovies is a must-try. It’s a balanced combo that’s said to have been invented at Casa Vallés in 1942, the year American screen actress Rita Hayworth appeared as Gilda in the eponymous film. The history is charming and the ingredients are fresh, so even if this trio of ingredients doesn’t sound like something you’d spring for, “the Gilda” is more than worth a try!

Try it in San Sebastian on: Food & Wine: A Taste of Spain 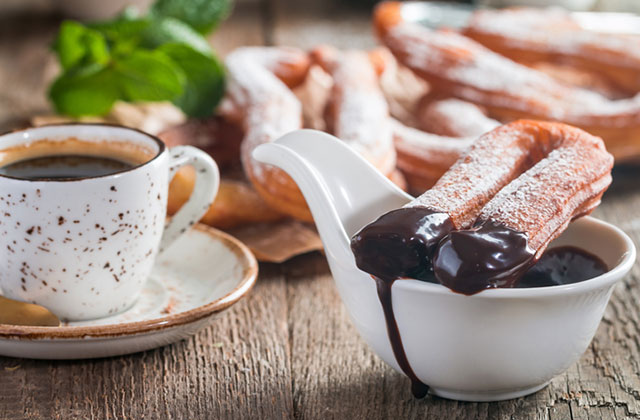 If a sweet treat is what you seek, these fried sticks of dough dipped in chocolate are sure to satisfy the craving. The best news? You don’t have to wait until it’s time for dessert to indulge—Spaniards traditionally savor these pastries for breakfast! One great place to order some is Madrid, where a hearty cuisine is influenced by every province on the Iberian Peninsula, and The Travel Bite blogger Rachelle made it a point to dig in on tour. “The churros here do not have the sugar and cinnamon that we put on them in the U.S.,” she says. “They’re more of a plain, fried donut and there’s a really thick chocolate that you dip them in. It’s delightful.”

Try it in Madrid on: Portugal, Spain & Morocco

The term “chilled soup” may strike you as odd, but a taste of this Andalusian specialty is sure to change your mind. Served as a purée of cucumber, tomato, onion, bell pepper, and a very generous amount of peppery Spanish olive oil, gazpacho is both a refreshing beverage and satisfying lunch during the hot summer months in Seville. Cooks throughout the city often make their gazpacho different ways—thickening it with bread, blending in chilies, or topping it with croutons—and tasting it for yourself is a quick way to get to the culinary core of the region.

Try it in Andalusia on: Barcelona, Madrid & Seville 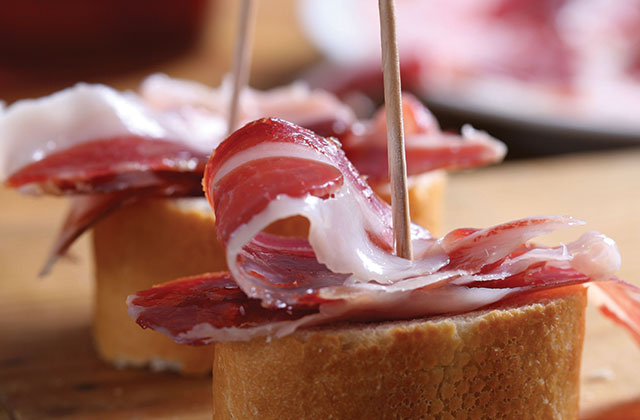 A staple on almost every menu throughout Spain is jamón, or cured ham, which reigns supreme as one of the country’s most important delicacies. Whether you try high-quality Jamón Ibérico, produced from Iberian black pigs, or bite into a sandwich made with Jamón Serrano, produced from white pigs, one thing is for sure: It’s all good. Go Ahead staffer Harris agrees. “Jamón Ibérico is amazingly tasty,” he says. “I tried it for the first time in Barcelona, and enjoyed watching butchers in markets along Las Ramblas prep it right in front of me.”

Try it in Barcelona on: Food & Wine: A Taste of Spain

No trip to Spain’s Catalonia region is complete without trying one of these flaky pastries, which are filled with decadent custard known as crema Catalana, deep fried, and rolled in sugar. If you want to try one—or a few—of the best, the xuxu served at the Pinotxo Bar in La Boquería market are a revelation, and swinging by for a taste is one of the best city activities to enjoy in Barcelona.

Try it in Barcelona on: Barcelona: The City Experience 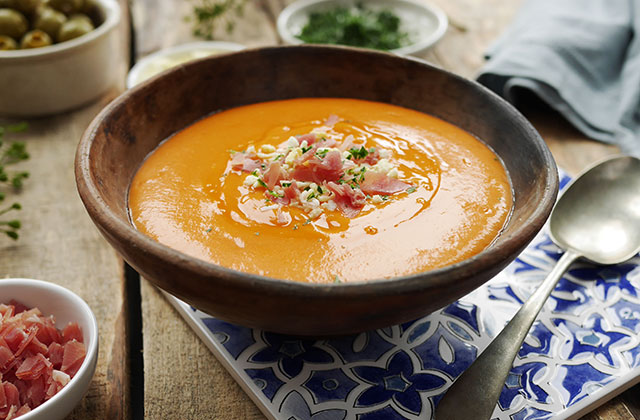 Both simplicity and flavor shine in this puréed tomato, bread, and hard-boiled egg soup that hails from Córdoba. Often likened to gazpacho but with a much thicker consistency, it’s a chilled concoction perfect for filling up and cooling down during Spain’s warmer months. “This is a very simple summer soup, yet it is so rich and delicious,” says Tour Director Manuel. “Every time travelers try it they fall in love with it.” If you want to fall in love, too, dig in and feel free to skip the spoon! It’s often scooped up with chunks of bread.

Try it in Córdoba on: Grand Tour of Spain

Is your mouth watering yet? Get a taste of these delicious dishes on our Spain tours.