8 brilliant ways to pass the time in London

The poet and playwright Ben Jonson famously said, "When a man is tired of London, he is tired of life." With that in mind, we asked our team of travel lovers a simple question: if you had nothing but free time in London, what would you do? We got some great answers, and we hope you keep some of these ideas in mind for the next time you find yourself with some time to explore in London. 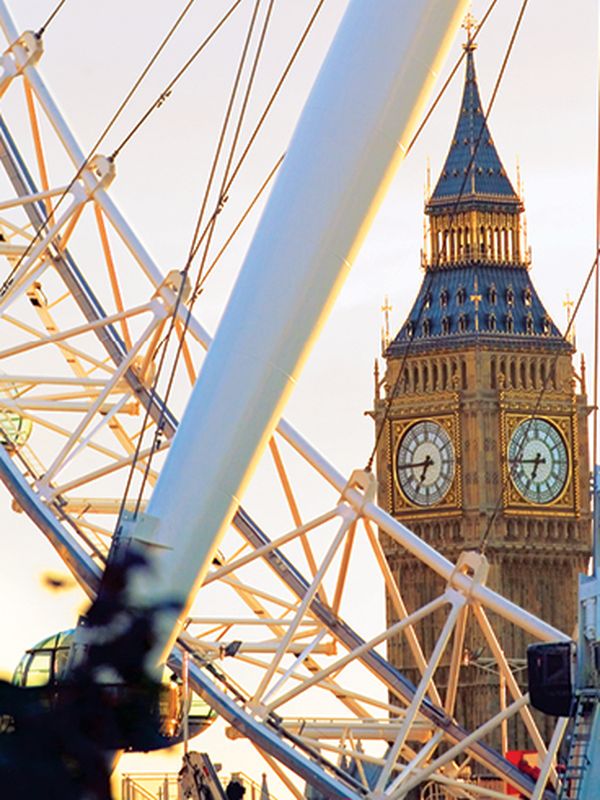 This bustling outdoor market has been called the best people-watching site in London. The shops lining Portobello Road Market are open six days a week, but it's the antiques market held every Saturday that draws people from near and far. If you find yourself staying in central London (The City, as it's known) and want to get your day off to a good start, head to Portobello Road Market and pick up a quick bite for breakfast.

“Omnia Omnibus Ubique—All Things for All People, Everywhere.” That’s the motto at Harrods, the United Kingdom’s largest department store. From fine clothing and jewelry to exotic foods, you can spend hours absorbing the glamor and mystique of Harrods. No expense is spared at this London landmark—Harrods went so far as to put a live cobra on its payroll in 2007. Why? To serve as guard-snake to a pair of $85,000 ruby-, sapphire- and diamond-encrusted sandals, of course. If multi-thousand-dollar footwear isn’t in your travel budget, you can still indulge in the food at Harrods, from foie gras and truffles to chocolates, candies, jams, and preserves. Or, simply shop for clothing from some of Europe’s best-known designers.

3. Catch up on your reading at Maggs Rare Books

Bibliophiles will love this bookstore tucked between Hyde Park and Buckingham Palace. Established in 1853, Maggs is one of the world's largest and oldest purveyors of antiquarian books. For serious book collectors, Maggs is a must-see.

The oldest Royal Park in London, St. James Park runs right up to Buckingham Palace, where you might be lucky enough to glimpse the Changing of the Guard ceremony. If you happen to be in London at a different time, simply take a walk through the park and treat yourself to a meal at Inn The Park.

5. Buy tickets to a show at the TKTS booth in Leicester Square

Theatre buffs know that, with the exception of New York's Broadway, there's no place like London's West End. World-class performers grace the West End's stages every night, and you can see shows on the cheap by "rushing" same-day tickets at the TKTS booth in Leicester Square. If you want to watch great live theatre and you're not picky about which show you see, head to TKTS for the start of a memorable night in the West End.

6. Visit the Tower of London

Without William the Conqueror's Tower of London, London as we know it might not exist. The Tower complex cemented William's victory at Hastings and confirmed his rule over the British Isles. Over the centuries, the Tower has become the symbolic heart of England, the former home of an armory, a mint, a treasury, a menagerie, and now, the Crown Jewels. The long list of prisoners who have served time in the Tower—including Anne Boleyn, Sir Thomas More, Sir Walter Raleigh, Guy Fawkes, William Penn, Samuel Pepys, and Rudolf Hess—along with an extensive collection of medieval armor, makes this ancient castle an important stop for history buffs.

Step back into the gentility of the Victorian Age with afternoon tea at Kensington Palace's orangery. Built in 1761 to protect the royal citrus trees from London's winters, the orangery provides an airy, comfortable setting for a midday snack.

Borough Market is one of the world's largest food markets. You'll find vendors hawking imported ingredients from across Europe and the Mediterranean, along with prepared delicacies like cumin-seared sea scallops with wild rabbit, roasted venison, Indian-inspired mackerel recheado, and more. Foodies should make time to seek out this treasure trove near Tower Bridge.

Discover your favorite way to pass the time in the English capital on our London: The City Experience tour.