5 Things to know about Wales

Bordered on the west by the Irish Sea and on the east by England, the small country of Wales has a personality all its own. Here are five things to know about Wales. 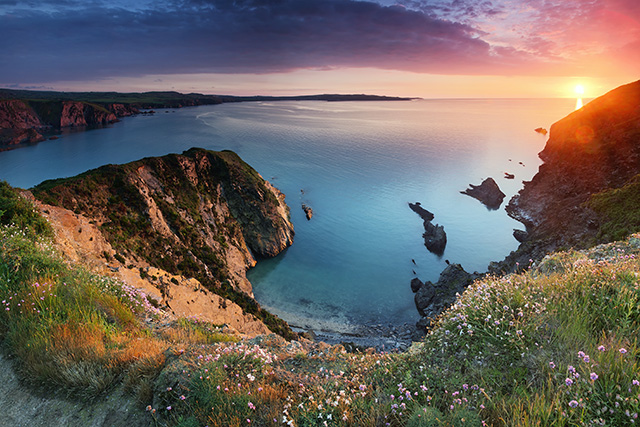 As a large portion of the small country is rural farmland, it’s common to see green expanses dotted with sheep—there are an estimated 11 million of them.

Since 1301, the Crown Prince of England has been called the Prince of Wales as a nod to the union between the two countries, which have been ruled together since the 13th century.

It’s the hometown of many legends

Wales is the home of the mythical King Arthur as well as the notorious pirate Bartholomew Roberts. The royal house of Tudor is descended from the Tudors of Penmynydd, who trace their roots to Anglesey, North Wales.

Both English and Welsh are official languages in Wales, and many Welsh people speak a combination of both—local dialects of English are heavily influenced by Welsh grammar, pronunciation and vocabulary. For example, “where to” is a common substitute for “where is” (as in “Where to she now?”) and “It’s picking to rain” comes from the Welsh word pigan which means “starting to rain.” The most confusing construction is probably the inversion of subject and predicate. Don’t be surprised to hear a local say “Running late, she is.”

Llanfairpwllgwyngyllgogerychwyrndrobwllllantysiliogogogoch is a real place

This place has the longest name in all of Europe, which translates to “St. Mary’s Church in the hollow of the white hazel near a rapid whirlpool and the church of St. Tysilio of the red cave.” Located on the island of Anglesey on the Menai Strait, the village is more commonly referred to as Llanfairpwllgwyngyll, Llanfairpwll or even just Llanfair PG.

Why do you want to see Wales? Tell us on Facebook!