4 Peruvian dishes to try on tour

When Go Ahead staffer Lorena spent eleven days in Peru, she was amazed at the variety of dishes she found there. While traveling from Lima to Cuzco, she was able to get a taste of Peruvian culture through its cuisine. Here are four of her favorite dishes to dig into on tour in Peru.

Peruvian meals are full of protein and chicken is present in many dishes. This traditional meal is made with a yellow pepper cream sauce served over shredded chicken, olives, and rice. The special part of this dish is the yellow pepper used to create the sauce. It is a pepper that grows locally and in order to lessen its spiciness, the chef removes the seed inside of it. Delicious! We had this dinner at Cuzco’s Manka Restaurant.

Grilled sea bass accompanied with baby vegetables, coriander pesto, and ollucos (a type of local root vegetable similar to a potato) comprise this dish. The sauce that tops it off is called pachamanquera because of the way it’s made: spices and Andean aromatic herbs that are cooked in the earth! First, a hole is dug in the ground and stones are heated up to go inside of it with the ingredients. It’s sealed with dry earth to finish the process of cooking, and approximately two hours later, the sauce is ready. We had this tasty dish at el Map Café in Cuzco.

This appetizer consists of boiled potatoes topped with a spicy cheese sauce. Normally, it’s presented with boiled eggs, black olives, and some salad on the side. It’s definitely something worth trying while on tour in “potato country.” Peru crops more than 3,000 different varieties of potatoes, which means they play a big part in the Peruvian diet. In addition, this is a typical dish of the cocina criolla, or Creole Peruvian cuisine. We tried this at La Tiendecita Blanca in Lima.

Traditionally, Peruvian Causa is made of mashed potatoes layered with tuna or chicken. With origins dating back to pre-Columbian times, its main differentiator is the yellow potato used to cook it. The chef at el Map Café added a modern spin to this dish—it was served with some sweet cranberries, peanuts, four different potato crisps, cherry tomatoes, and whipped cream cheese. 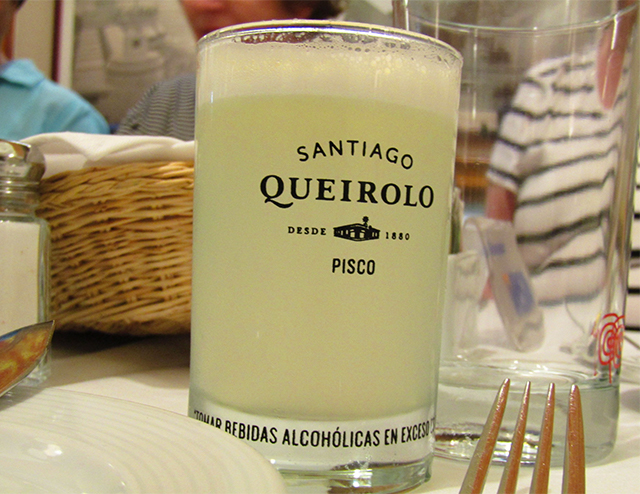 All of these meals can of course be accompanied by a refreshing Pisco Sour cocktail. You can also pair them with Inca Kola, the local soda, or Chicha morada, a delicious sweet beverage made of purple corn.

Have you tried any of these meals on tour in Peru? Have another favorite to share? Let us know on Facebook!

Try these dishes on a tour to Peru