Why you should visit Ronda, Spain

Bookended by visits to bustling Madrid and lively Barcelona, the Grand Tour of Spain is a perfect introduction to this must-see country. When you’re not exploring Spain’s metropolitan hubs, you’ll get to know other locales, from smaller cities to villages. One standout spot is Ronda, located in a mountainous region of Andalusia. Read on to find out why we love it.

Ronda is one of southern Spain’s stunning Pueblos Blancos, or white towns. Nestled within the Sierra Morena mountain range, this whitewashed hilltown is especially famous for the spectacular views it affords visitors.

The perfect place to start your exploration is among the greenery of Alameda del Tajo, Ronda’s main park. As you wind along the tree-lined paths, you’ll find yourself along the edges of a dramatic cliff. Stop at each viewpoint for a different glimpse of the surrounding mountains and buildings perched on either side of the gorge—each one more impressive than the last. 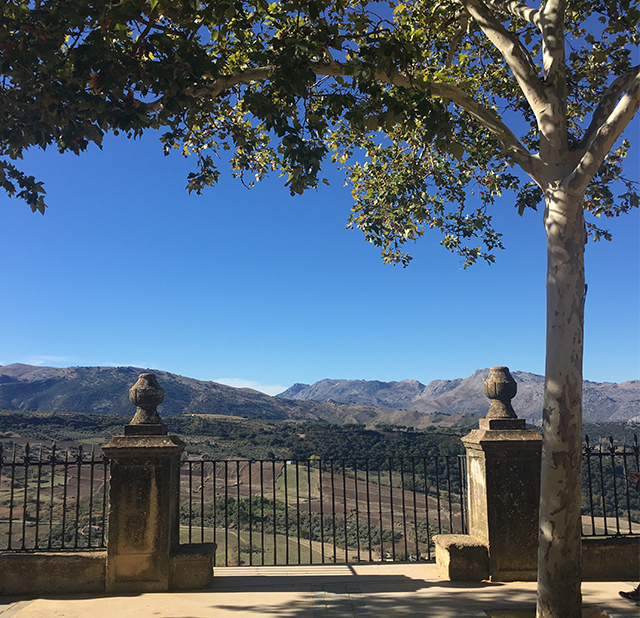 Archeological evidence of Roman settlements nearby shows that the region’s history stretches back thousands of years. Ronda became an important city during the period of Arab rule. Step back in time at the Mondragón Palace, said to have once been the home to a Moorish king. Today, the small building is a museum where visitors can view exhibits, stroll through decorated courtyards, and wander in the beautiful outdoor garden.

The Spanish tradition of bullfighting also plays a big part in this small city’s history. The striking Plaza de Toros—one of the oldest in the country—is made purely of stone and built in the Neoclassical style. It was a favorite spot of one well-known writer, too. Ernest Hemingway, who also famously frequented these places in Paris, was a passionate fan of bullfights and this bullring in particular. He was inspired by the beauty of Ronda itself and spent time writing in and about the setting. 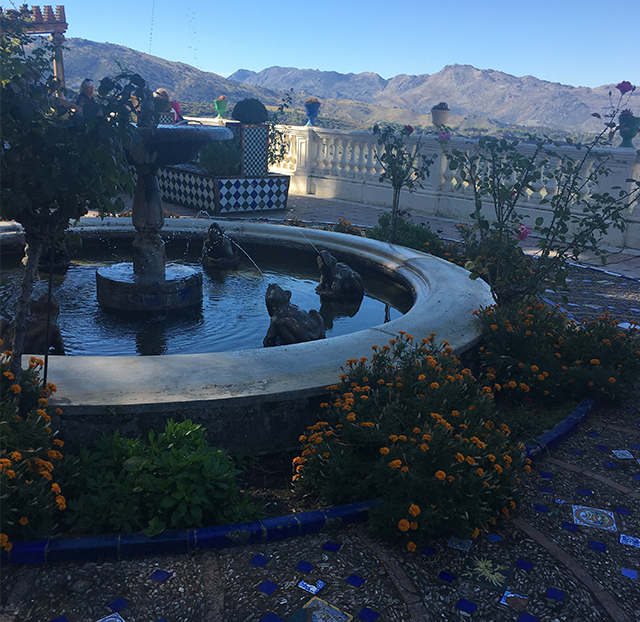 An impressive 18th-century bridge spans El Tajo gorge, connecting Ronda’s new town with the old town. On a walk across the towering Puente Nuevo, you’ll be 390 feet above the Guadalevín River! The picturesque stone arches of the bridge stretch high above the deep ravine below.

Stroll along the many narrow, cobblestone streets where colorful flowers and tiles pop against the whitewashed buildings. If you’re ready for a bite to eat after exploring by foot, both sides of town have plenty of options when it comes to tasty treats. Pop into a local restaurant to cool down with salmorejo (a chilled tomato soup often topped with jamón), snack on patatas bravas, or satisfy your sweet tooth with some churros con chocolat.

Is a visit to Ronda, Spain on your travel wish list? Visit it on our Grand Tour of Spain.