Skip to main content
BlogTravel tipsTraveling in spring: What to expect in the Canadian Rockies
Travel tips

Traveling in spring: What to expect in the Canadian Rockies

When it comes to the region surrounding the Canadian Rockies, one thing is always true: It’s stunning any time of year. From the soaring mountain peaks to the impressive animal life, there is so much to marvel at in this part of North America. Go Ahead staffer Gustavo discovered this firsthand when he embarked on a tour of the Canadian Rockies in May, when the winter had ended but the warm weather hadn’t quite kicked in. Here, he shares what you can expect on a tour of the Rockies in springtime. 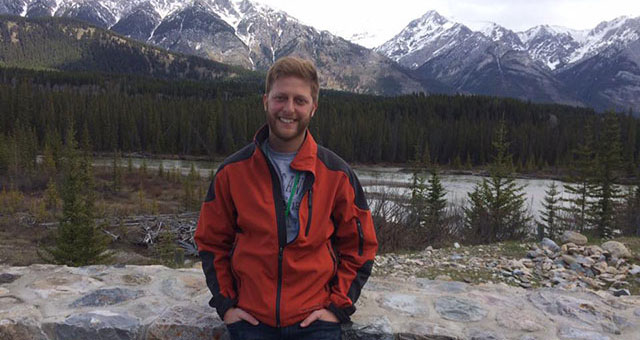 You’ll need clothing for all temps

When preparing to visit the Canadian Rockies during the off-season, make sure to pack for cool weather in higher-altitude areas and warmer days in Banff. Most of my fellow travelers and I wore jeans or athletic pants, a long-sleeve shirt, and a light, weatherproof jacket, but there was one brave soul in shorts during the entire trip—even on the glacier walk!

In the spring and summer, the sun typically goes down at about 10:30pm in this region, and temperatures are fairly low at nighttime. You may even see fresh snow covering the mountain caps in the morning. For those of us who came from different parts of the U.S. and Canada, this was a beautiful sight. I’m from Florida, where we don’t get snow and are known as “flatlanders.” Imagine how excited I was to be surrounded by towering mountains dripping with glacier melt.

Fun fact: Our Tour Director explained that for some reason, you can count on a light rain shower every day around 3pm in the mountains. It only lasts about 15 minutes, but I was glad to have a lightweight jacket that kept me dry. 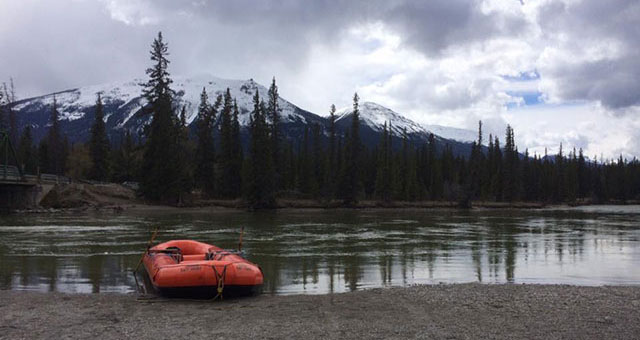 The crowds will be fewer

Since May isn’t the peak season in the Canadian Rockies, there are less people and it’s quieter. That’s just what an outdoor enthusiast would want—having national parks all to yourself! The places in town were also less crowded. Through a casual conversation with a bartender, I found out that many restaurants and bars don’t even offer drink specials during peak season because it gets too busy. So, we enjoyed a true local experience.

Free-time recommendations: When in Banff, walk over to the Cave and Basin Natural Historic Park, which is the birthplace of Canada’s national parks. It was a comfortable 15 minute walk to the site, which is where aboriginal people bathed in underground caves and bubbling thermal waters.

If you’re looking to take a dip yourself, you can spend about $2CAD and take the local bus on line #1 to the Banff Upper Hot Springs. They’re open until 10pm and only cost a small fee, and it’s a perfect way to relax while admiring the mountain scenery. 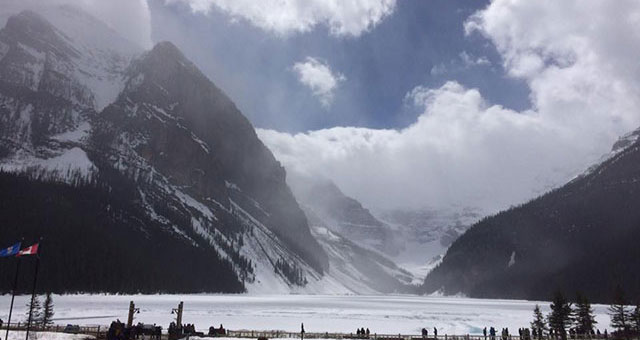 Wildlife will be out in full force

Bears, caribou, coyotes, elk, bighorn sheep—I was fortunate to see all of these animals and more during the early spring season. My group and I were even lucky enough to see a bear picking berries after it recently got out of hibernation!

Share the sights: If you are in the bus and spot an animal, be sure to speak up and point it out for everyone—your driver may be able to stop so everyone can capture the moment. 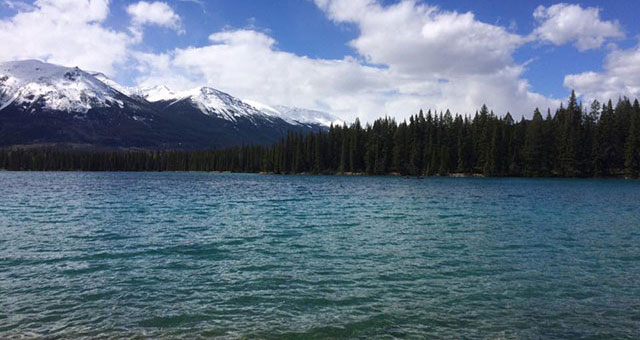 Some areas might be inaccessible—but you won’t see less

Traveling to the Rockies in the spring means that there might still be snow on certain trails and roads, and some things can’t be reached until they thaw. During our tour, the trail around Lake Louise was covered in slick sleet. However, the overpowering sight of Mother Nature’s work still had its own unique charm and beauty.

Our expert Tour Director and bus driver made up for the fact that we couldn’t see the frozen attractions by taking us to a lesser-known lake that wasn’t frozen and had the bright blue color we were hoping to see. The road to Moraine Lake was also still closed, so our Tour Director took us on a hike to a stunning waterfall tucked behind a cave. That was a sight that would be much harder to get to during the area’s busy season! 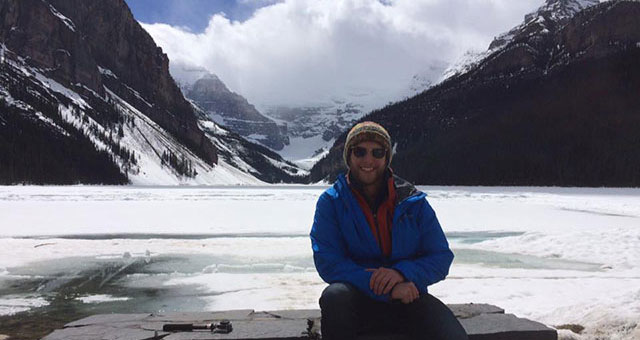 What’s your favorite season for travel? Tell us on Facebook!

Spring travelKnow before you go