Skip to main content
BlogDestinationsBest things to do in Mumbai, India
Destinations

Best things to do in Mumbai, India

Mumbai is arguably one of India’s greatest cities. Whether you’re a Bollywood fan, history buff or simply an admirer of colonial-era architecture, there’s something to strike everyone’s fancy. As always when you travel, the tricky part is figuring out how to spend your limited time. For a taste of this spicy city, here are some must-see spots during your trip to Mumbai.

Located just six miles northeast of the city’s shores, Elephanta Island is famous for its extensive labyrinth of rock-cut cave temples dating back to AD 450 and 750. To get there, catch a ferry at the Gateway of India and relax for an hour as you cross the picturesque Mumbai Harbour. This excursion takes about half a day and it’s totally worth it for the views.

Chhatrapatī Shivaji Mahārāj Vastu Saṅgrahālay, or Prince of Wales Museum as most tourists know it, is the primary art and history museum of Mumbai. Built to commemorate the visit of a former Prince of Wales, the museum contains roughly 50,000 exhibits showcasing ancient Indian art, archaeology and natural history.

Marine Drive is a two-and-a-half-mile-long boulevard located in South Mumbai, featuring a beautiful promenade lining the natural bay. This area is also known as the “Queen’s Necklace,” because it resembles a string of pearls when it’s illuminated at night.

Colaba has been rightfully dubbed the “Culture Square” of Mumbai. Boasting architecture reminiscent of the old Bombay, this area is home to great restaurants, cafes and various shops. Frequented by locals and tourists alike, Colaba offers an authentic glimpse into the cultural scene of the city.

Do you want to visit India? Learn more about our tour to India for more information on what's included on the tour.

Explore our tours to India & beyond 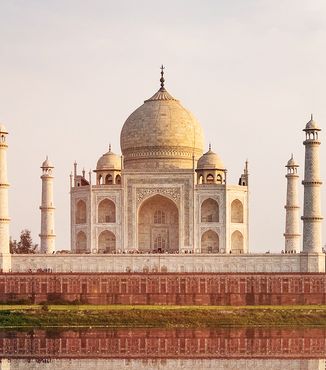 Travel stories
Through the lens: Photos and memories from India 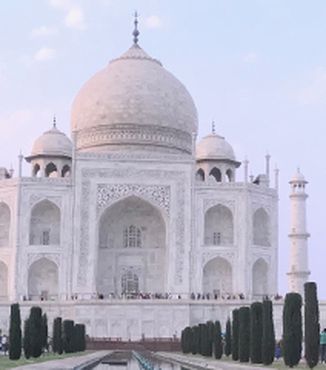 Travel tips
India: What to know before you go 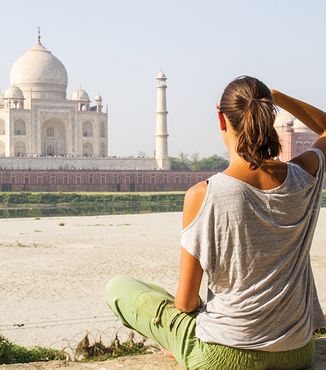 Travel tips
5 things to know before traveling to India 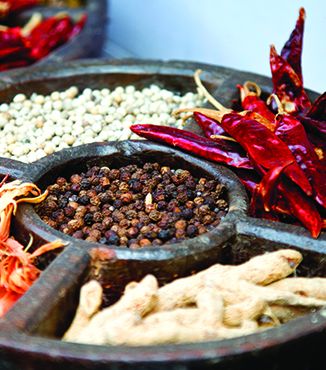 Global cuisine
Our guide to the tantalizing spices of Southern India