Solo traveler Phaedra has been around the world on more than 15 Go Ahead tours, but it was her tour of Australia & New Zealand that truly took her breath away. Discover why she’s still on a high from her amazing experience Down Under. 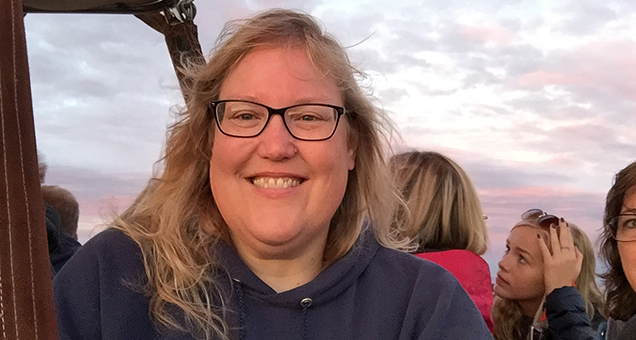 What do you like about guided travel with Go Ahead?

What I enjoy the most is that everything is booked for you, including flights and hotels. You’re covered for certain entrances but still have a lot of freedom, so you can do your own thing if you want. I like the comfort of having everything arranged for me if I want but also the ability to enjoy plenty of free time. There’s a lot of both built into a Go Ahead tour.

What’s been your favorite Go Ahead tour so far?

Well, before traveling to Australia and New Zealand I would have said the Kenya Wildlife Safari was my favorite. It was amazing, but Australia blew my mind! It was winter in the Southern Hemisphere and in three days, we were in three different ecosystems. It was just unbelievable. We went snorkeling in Cairns where the water was warm, then visited Queenstown where it was snowing. Then, we were in the rainforest and the desert—in a matter of days. We would be in the middle of nowhere one day and in a huge city the next. This was the longest tour I’ve ever done but it still flew by.

Are there any benefits to traveling to Australia and New Zealand during their winter season?

Yes. Winter in the Southern Hemisphere is not the high tourist season. I heard time and again, “In the summer, this would be super crowded.” So, we definitely benefitted from it not being their busy season because we were able to really enjoy all the sites.

You went on this tour as a solo traveler. Did you get along with your group?

There were only 15 of us and that in itself made it easier to get to know everybody. We all got along really well—it was just fate. Every tour I’ve gone on by myself, I’ve met the most amazing people and a lot of them are still friends. We had so many memorable experiences together on this tour; every day was better than the last. We’ve all become Facebook friends and still talk about the trip. It’s really fun.

Why didn’t you visit Australia before now?

I’ve wanted to go to Australia since I was a kid. There’s just something so exotic about it. But, I never pursued it because it’s a 15-hour trip and I don’t like to fly very much. I thought I couldn’t do it, but I asked myself, “If I die tomorrow, where would I regret not going the most?” And the answer was Australia. I decided that I just needed to go for it and deal with the flights, and I’m so glad I did.

Any advice for people who are letting the long flight hold them back?

The first thing I would say is it’s not as bad as you think it will be. Everybody in my tour group thought that. We’ve all been on flights; this one is just a little bit longer. Bring things to do to pass the time. I brought music and books and I watched a lot of movies. I’d suggest getting up every once in a while to walk around and drinking lots of water to stay hydrated. Most importantly, don’t freak yourself out about it. Just get on the plane and it will be fine.

What are some of your most memorable moments from tour?

I loved going up in a hot air balloon at sunrise on the Australian Hot Air Balloon Ride excursion. That was just unbelievable. I had the opportunity to go up in a hot air balloon on my previous tour of Africa and I chose not to do it because I was nervous, and I’ve regretted it ever since. So, I didn’t hesitate to do it on this trip—and it was beautiful. It wasn’t as scary as I thought it would be. The experience was amazing.

You sat down with a local family for dinner in New Zealand. What was that like?

To be honest, I was initially a little concerned about that. I thought, “Oh, we’re going to somebody’s house?! What if I don’t like what they’re serving? I don’t want to be rude. What are we going to talk about?” But, that dinner ended up being another highlight. Seven of us went to visit a particular family and they were so friendly and welcoming. Since I’d told Go Ahead that I’m a vegetarian, the hostess made me my own vegetarian lasagna. The daughters were really charming and brought out their school uniforms for us. I’d never done anything like that on a Go Ahead trip before. It was so great.

What were your favorite cities to visit and why?

I loved Melbourne, where there was a cool mix of old and new. For example, there would be modern, innovative architecture right next door to a Victorian building. I just loved the contrast. Plus, it was so easy to get around because Melbourne has an extensive system of trams, which are free in the city center. I also really liked Sydney because the sights are so iconic. I enjoyed seeing the Sydney Opera House and the Harbour Bridge. Although Sydney was more difficult to get around during free time, I was able to split the cost of taxis with my group members, so the expense wasn’t too bad.

Every time we got to a new city, our Tour Director gave us a sheet of paper that told us what we were doing as a group, what the optional Go Ahead excursions were, and his own expert suggestions for things to do in each place. I participated in four of Go Ahead’s excursions and I would highly recommend all of them. Then, our Tour Director took us to a kangaroo sanctuary where I got to feed the animals, arranged for me to visit the Hobbiton Movie Set on the way to Auckland, and also booked me on a whale watching cruise in Sydney, which was really amazing.

Any advice for someone going on this tour during the Southern Hemisphere’s winter?

We had every kind of weather, so the thing I’d recommend for a trip during this specific time of year is to just be prepared for every eventuality. Don’t pack a lot, but bring clothing for every type of weather and layer. Definitely bring a rain jacket. The farther south we went, the colder it was. There was snow on the South Island of New Zealand—and I almost wished I’d brought a winter jacket—but it was warm in Cairns. It also rained quite a bit, but I didn’t mind because what we were doing was just so cool. Also, be sure to bring one nice outfit, because we went to some really nice restaurants.

How has traveling changed you for the better?

In so many ways. Traveling is the best way to learn about the world. There are people out there who think, dress and eat differently but they’re just the same as you and I. Travel has broadened my perspective on everything, from religion to culture to politics, and I feel like it’s made me a much better person. I’m more empathetic and understanding. So many things that I love in my life, I discovered by traveling. I’ve seen art and operas and ballets around the world and I’ve gotten the chance to meet indigenous peoples and learn about their cultures. It’s showed me there’s more than one way to do things, and we need to care for the planet.

What’s next on your travel list with Go Ahead?

I’m debating a couple of places. I would really like to go to Iceland to see the geysers and hot springs. Icelandic landscapes just fascinate me. I’m also starting to be really interested in the trip to the Galápagos Islands and Ecuador. When I first started traveling, I always wanted to visit Europe to see famous cities, art and architecture. Then, I visited the Canadian Rockies and Kenya on tour, and those unbelievable experiences in nature changed my focus a little bit. Now, I want to see animals and all the really great natural places. Mostly, I’ve been to all the European capitals, so now I have to go somewhere else!

Have you ever visited Australia and New Zealand? Head to our Facebook page to share your favorite memories and photos!