Tips for eating in Spain

The combination of sampling flavorful dishes, trying delicious wines, and lingering around the table makes the dining experience in Spain quite different from what you’ll have anywhere else in the world. Read on for some pointers on where, when, and what to eat when you visit Spain.

When to eat—and what to try

The Spanish tend to have a small breakfast in the morning consisting of coffee or juice paired with pastry or toast. Churros con chocolate are a traditional treat worth the try if you have a sweet tooth.

This is the most important and hearty meal of the day and is served around 1pm or later. It can be made up of several courses, starting with soup (sopa) or salad (ensalada) followed by a meat (carnes) or fish (pescados) dish and ending with fruit or a dessert, like flan. After the meal comes the famous Spanish siesta, or resting time. From about 2 to 4pm, many businesses close as workers rest or commute to and from home for the lunch hour.

Usually a lighter meal than lunch, dinner is often not started until 9 or 10pm. In the summertime, it’s not out of the ordinary to head out to dinner around midnight! Eat a snack or two in the late afternoon—this will help tide you over until the evening.

For your meal, try ordering a variety of tapas, small plates that are also called pintxos in Northern Spain, and sharing the snack-sized serving of food with your fellow diners. Raciónes are similar to tapas but are made in slightly larger portions. Some of Spain’s most famous flavors include its delicious wines and traditional paella.

Restaurantes are more formal eating establishments where you can be seated to enjoy a meal. They’re designated by a blue and white sign with a symbol of one to five forks, which is the Spanish restaurant rating system.

Bares are more casual than restaurants and serve tapas along with other meals. While they serve alcohol, they’re not bars in the same sense that we think of them here in the U.S.—it’s normal for families to come here for any meal of the day.

Cafeterías, or simply cafés, are similar to bars in that they offer snacks or small meals any time of day. Here, you can find sandwiches, pastries or order a coffee (café con leche) and people-watch.

Pubs are what we’d think of as bars, and they’re open in the afternoon and into the night. After a few hours at the pub, locals may head out to clubs, or discotecas, which stay open until 6 in the morning.

The menu, or la carta, will typically be posted outside of the restaurant. Look for the menú del día, or menu of the day for a meal that is served at a fixed price.

You should specify that you’d like a glass of tap water (un vaso de agua del grifo) if you don’t want to be charged for bottled water. And don’t forget to say please (por favor) and thank you (gracias) when you do so.

As in many European countries, you’ll need to ask for the bill when you’re ready for it. To ask for the check, say “La cuenta, por favor.” Most restaurants will include the sales tax (look for IVA on the bill) in the price of your meal. When it comes to tipping, you can leave behind some small change, but waiters and waitresses make full wages, so tips are not expected.

Now you’re ready to eat like a local on your trip to Spain—what would you like to try the most? 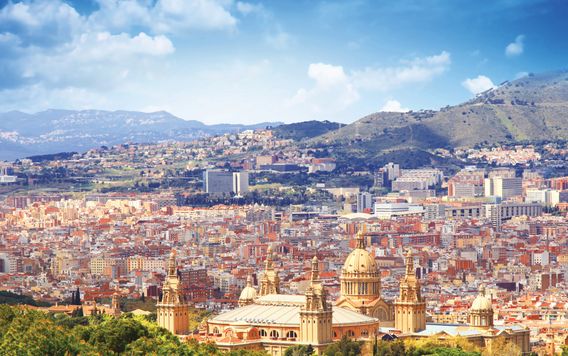 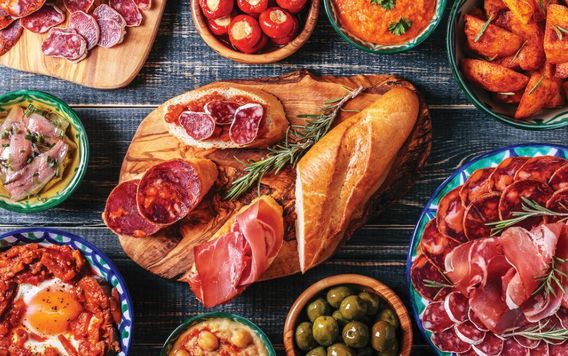 Travel stories
My Trip in 5 Photos: The many faces of northern Spain