Luxembourg may be small in size, but it’s surprisingly full of diversity. The tiny European country that’s nestled between Belgium, France, and Germany is on our radar right now. Here are a few reasons why we want to head out on a tour of Luxembourg. 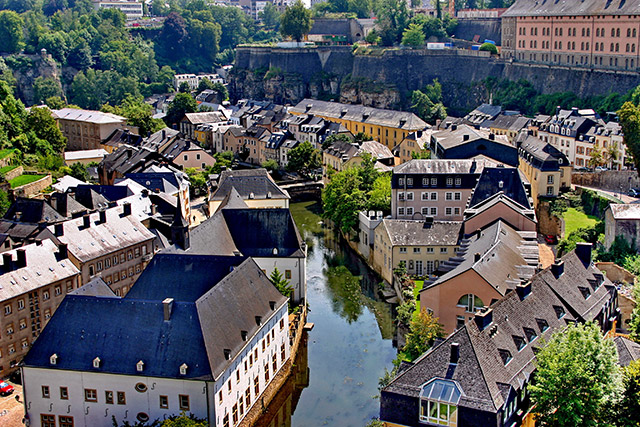 The capital of Luxembourg City shares its name with the small country itself, which has an area of just 999 square miles. While it’s smaller than the entire state of Rhode Island, the country actually has a variety of geographical regions. The different areas are diverse in both their landscapes and history: Luxembourg City is one of our favorite spectacular UNESCO sites and the neighboring Moselle Valley in the southeast has a climate well-suited for vineyards and is a popular spot for wine lovers. To the south, the industrial “Terre Rouges,” or red rock area, is a former ore mining center, while the forested Ardennes in the north are full of natural parks, villages, and castles.

Luxembourg was one of the founding members of the European Economic Community, which eventually became the European Union as we know it today. Due in part to its strategic landlocked location in the heart of the continent, it’s home to several important institutions, including the European Parliament and the Court of Justice. You’ll find these in the modern Kirchberg neighborhood, situated on a plateau northeast of the Old Town. The capital city is a major financial center as well, drawing many commuters from the surrounding region daily.

3. It’s one of the few places where Luxembourgish is spoken

Luxembourg has three official languages: French, German and Luxembourgish. This old language, which was spoken since around the year 1000 A.D., is a dialect of German and can be heard in parts of Belgium and Germany as well. While all of the official languages are commonly used in conversation, French and German are more popularly used in schools and in administrative settings. Luxembourg is also unique in that it’s the world’s only Grand Duchy, a type of parliamentary democracy with a Grand Duke as the head of the state. Each year on June 23, the population of the small country celebrates National Day, the day it gained independence from the Netherlands in 1839, with fireworks, parades and more.

Built upon steep rocks and surrounded by deep ravines, what is now the Old City of Luxembourg was a small fort when it was first settled. Throughout the Middle Ages and beyond, it was built up with impressive stone fortifications. Today, the Old City of Luxembourg is protected as a UNESCO World Heritage site. You can still see some of the ancient city walls and you’ll feel as though you’re stepping right into a fairy tale as you explore its winding cobblestone streets.

There’s a lot to love about this small nation! Would you like to go on a tour of Luxembourg?