There are so many reasons to visit Portugal, but if you ask staffer Johan, sipping Port at the source is at the top of the list. He recently got to do just that on our new tour, Food & Wine: A Taste of Portugal, where he visited one of the country’s famous cellars on our Port Wine Cellar & Lunch excursion. Here, he shares some of his photos and memories from the bucket-list experience. 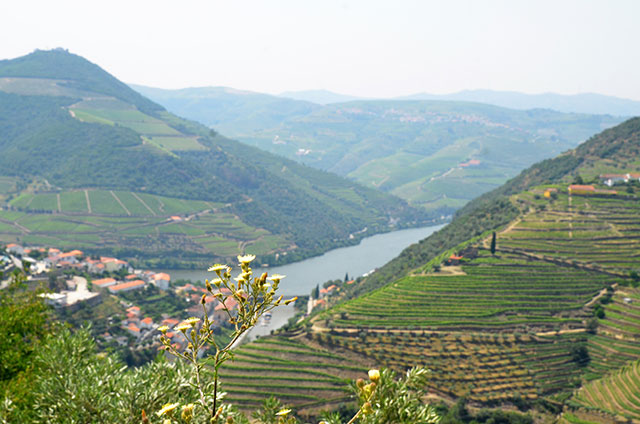 When someone mentions Portugal, Port wine is the first thing that comes to my mind. I’ve always enjoyed drinking it, but knew very little about its heritage, types, or production. That’s why stepping into the Ferreira Cellars on the Port Wine Cellar & Lunch excursion was one of the highlights of my tour. I was thrilled!

I discovered that the Port cellars are not in the city of Porto, Portugal’s foodie capital, but are located just across the Douro River in a city called Vila Nova de Gaia. I also learned that the cellars are not out at the vineyards; they are closely tucked together along the river. 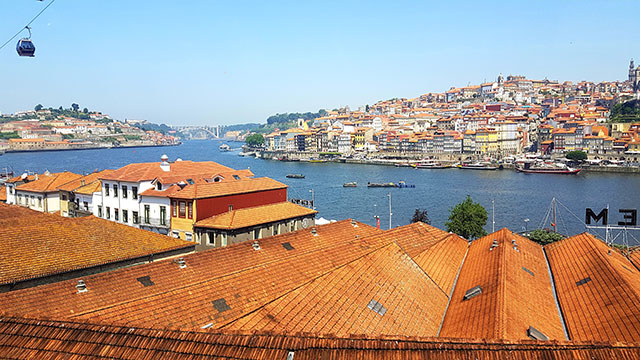 As we traveled from Porto to Gaia, we went over a double-decker bridge that offered stunning views of the river and colorful buildings nestled up the hillsides. We even enjoyed a special view over the terra-cotta roofs of all the Port houses, or “caves” as they are called, which had many names that I recognized: Sandeman, Taylor, Grahams, and Ferreira, where we were headed.

It was a gorgeous June day with clear blue skies, and after a walk along the cobblestone streets, we arrived at the large wooden gate at the entrance to the Ferreira Cellars. When we entered the cave, it took a moment to adjust from the bright sunlight and see that we were tucked between rows of barrels with up to 21,000 liters of Port in each! Where’s my glass? 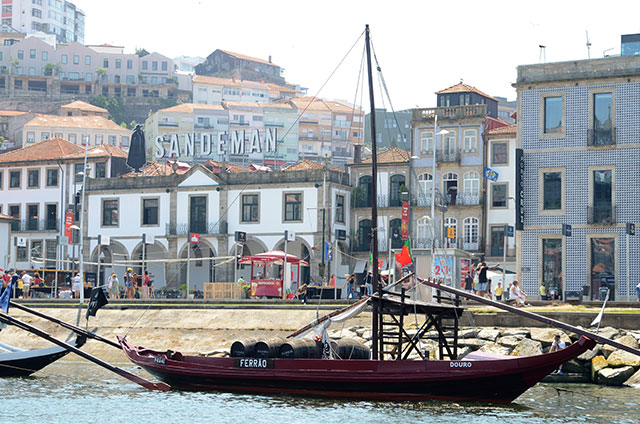 As we made our way through the maze of dark rooms, our guide introduced us to the 250-year history of the brand. She was incredibly knowledgeable about not only Ferreira’s Port production but also about the history and socioeconomic impact it’s had on the Douro region.

We stopped in each room to learn about the production process, from harvesting and pressing the grapes in the Douro Valley to transporting the barrels to Gaia on flat-bottomed boats. Today, the wine is usually moved by tank trucks, but that’s the only part of the process that has evolved over the past 250 years. The cellar’s wood floors even showed markings from the large wine barrels that have been rolled over them for centuries. 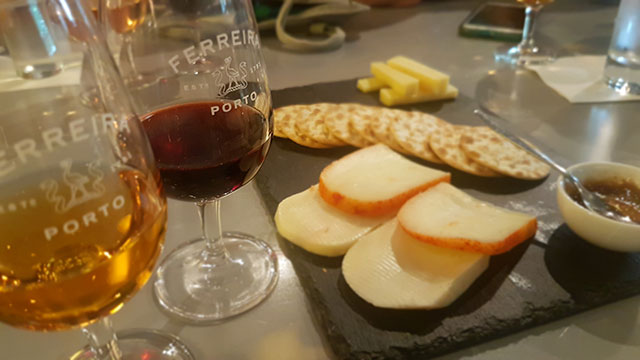 Once we finished our cellar tour, it was time to enter the tasting room. My group members and I sat down to try both red and white Ports alongside local cheeses and jam. It was such a treat.

Tasting Port wine in a Port house next to the Douro River in Portugal was high on my bucket list, and visiting the Ferreira Cellar ticked many of my travel boxes. The pairing was as exceptional as it was inspirational. Cheers! 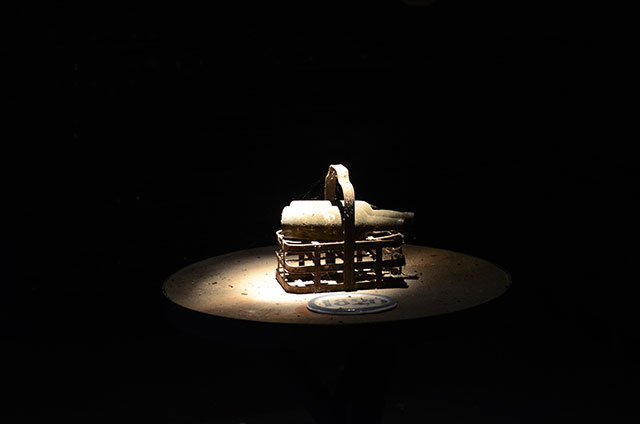 4 facts to know about Port wine

Port is a sweet, fortified wine. It’s made when brandy with a high alcohol content is added to the wine to stop the fermentation process and increase the Port’s final alcohol level.

While the vast majority of Port is red, white Port has increased in popularity over recent years—some producers have even introduced a Rose version to increase the interest in Port.

The most extensively produced Port is a blend called “Ruby,” which is stored in large tanks and has a bright red color. Since few blends improve with age, it’s the least-expensive type.

Tawny Port is aged in wooden barrels, which exposes the wine to a gradual oxidation. As a result, the Port is golden-brown and has a nuttier flavor. After bottling, Tawny Ports generally continue to improve with age, and there are bottles that are over 200 years old.

What’s one of the best excursions you’ve added to a tour? Tell us on Facebook!