Through the lens: Photos and memories from India

Go Ahead staffer Brittany traveled on a tour to India alongside some of her fellow Go Ahead Tours team members. The tour brought them to the major sites and offered curated experiences that highlighted the unique aspects of the region’s culture. Here, she shares her favorite memories from the trip. Hint—one of them involves spotting a wild Bengal tiger! 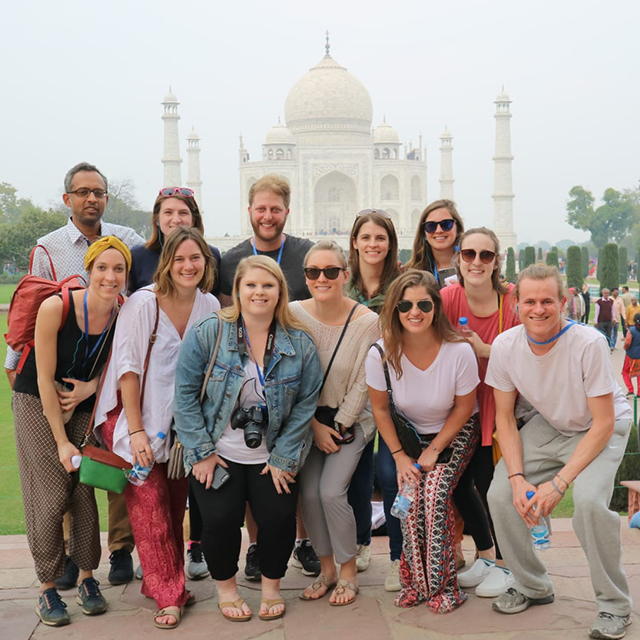 “Before I left for India, my grandpa sent me a picture of his grandmother at the Taj Mahal. He loves that I am a ‘world traveler,’ in his words, just like she was! It was such a special moment to be able to send him a picture in the exact location his grandmother took hers.”

Check out our tips on what to know before taking a tour to India. 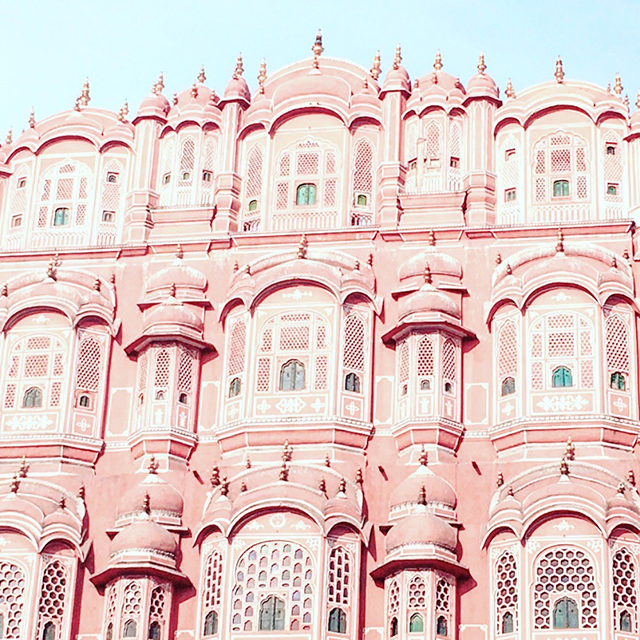 “This is the Hawa Mahal palace and the Maharaja, or rulers, of the time constructed the pink sandstone façade so royal women could view the many festivals of Jaipur. Royal women were not allowed in public since they practiced purdah, a custom in some Muslim and Hindu communities that requires women to live separately from men. The lower windows of this building have holes, which the women looked through to watch the city’s festivities.” 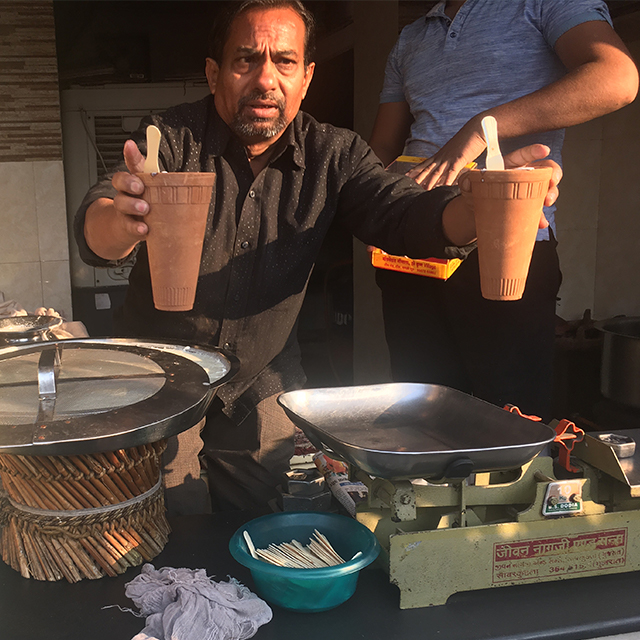 “In India, there was an endless supply of new food to try. Staples such as daal, paneer, butter chicken, and of course the garlic naan were by far my favorites. One unique food we tried while in Jaipur was lassi. It’s a delicious yogurt drink that the locals have for breakfast each morning. Lassi is served in recyclable clay pots, which really adds to the charm.”

Read our tips on what to know about the food in India. 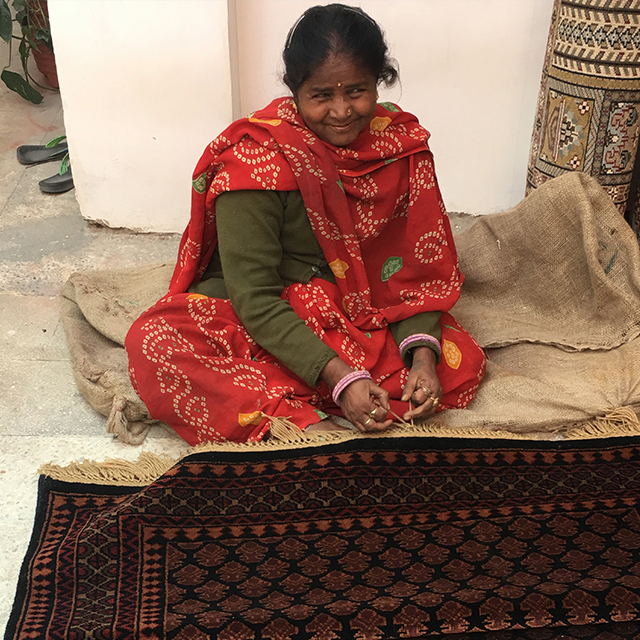 “We stopped in a textile factory just on the outskirts of Jaipur where we watched local artisans hand-tie beautiful silk carpets. The talent was just incredible. Each person had a different job and they all seamlessly worked together to make a masterpiece. This woman in particular had the job of knotting the ends of each and every silk rug.” 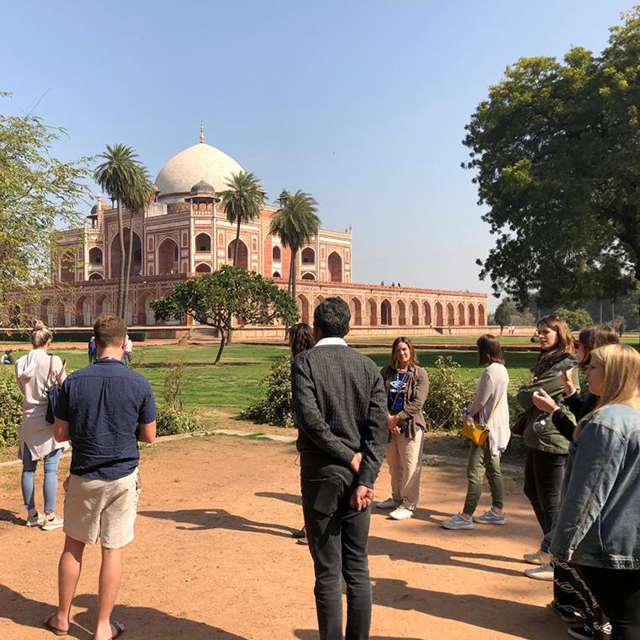 Learning about the history

“The Mughal Empire, which had both Indian and Persian roots, ruled the region from 1526–1857. Humayun’s Tomb in Delhi, pictured above, was completed in 1570 and was the first real display of the Mughal’s architectural style. The Taj Mahal, which is the more well-known mausoleum, was constructed 80 years after Humayun’s Tomb and uses the same style and principles.”

Read one traveler’s love letter to India to find out why she was captivated by India’s culture. 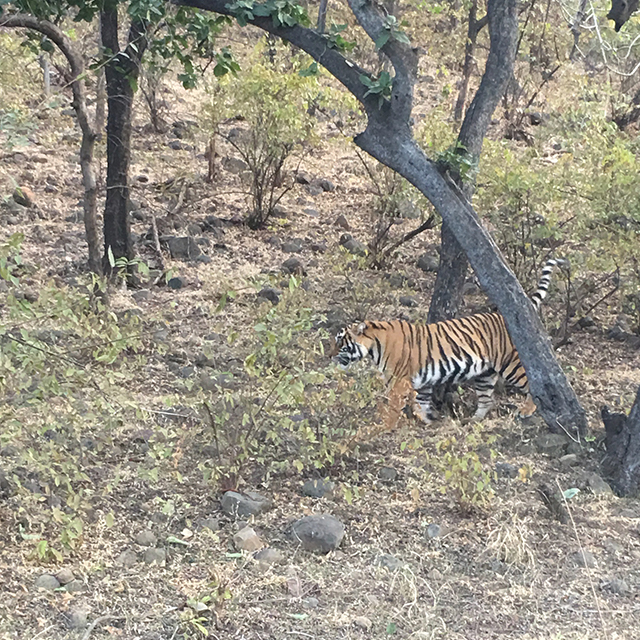 "My favorite part of the trip was our day in Ranthambore National Park. We visited a cute little shop at our hotel where everyone bought silk pants that were handmade for them—it was the best souvenir. Then, we went on a game drive and learned how the people at the wildlife park have worked hard to increase the number of Bengal tigers since poaching was a huge issue in this region. We even spotted the elusive Bengal tiger, which was always something I wanted to see but never thought I would have the chance to. To top it all off, we came together as a group and enjoyed drinks and dinner at sunset. It was the perfect ending to the day."