A look at multicultural Belgium

Celebrated for its culinary prowess and known for its rich history, the small country of Belgium also boasts a multicultural society. Belgium has three official languages (Dutch, French, and German), which is not a big surprise considering its shared borders with several other Western European countries. Read on for a closer look at the different cultures found within this nation.

To understand the country’s diverse population before a trip to Belgium, it’s helpful to have a sense of its makeup from both a cultural and geographic perspective. In addition to a federal state, Belgium is divided into three distinct communities tied to the official language spoken by each local populations. These Flemish, French and German-speaking Communities hold power in areas related to culture, including education, the arts, health policy, research and social programs. Separate from these communities are regions, which can be thought of as territories similar to American states. Each has historically held economic power and has a local Parliament and Government. 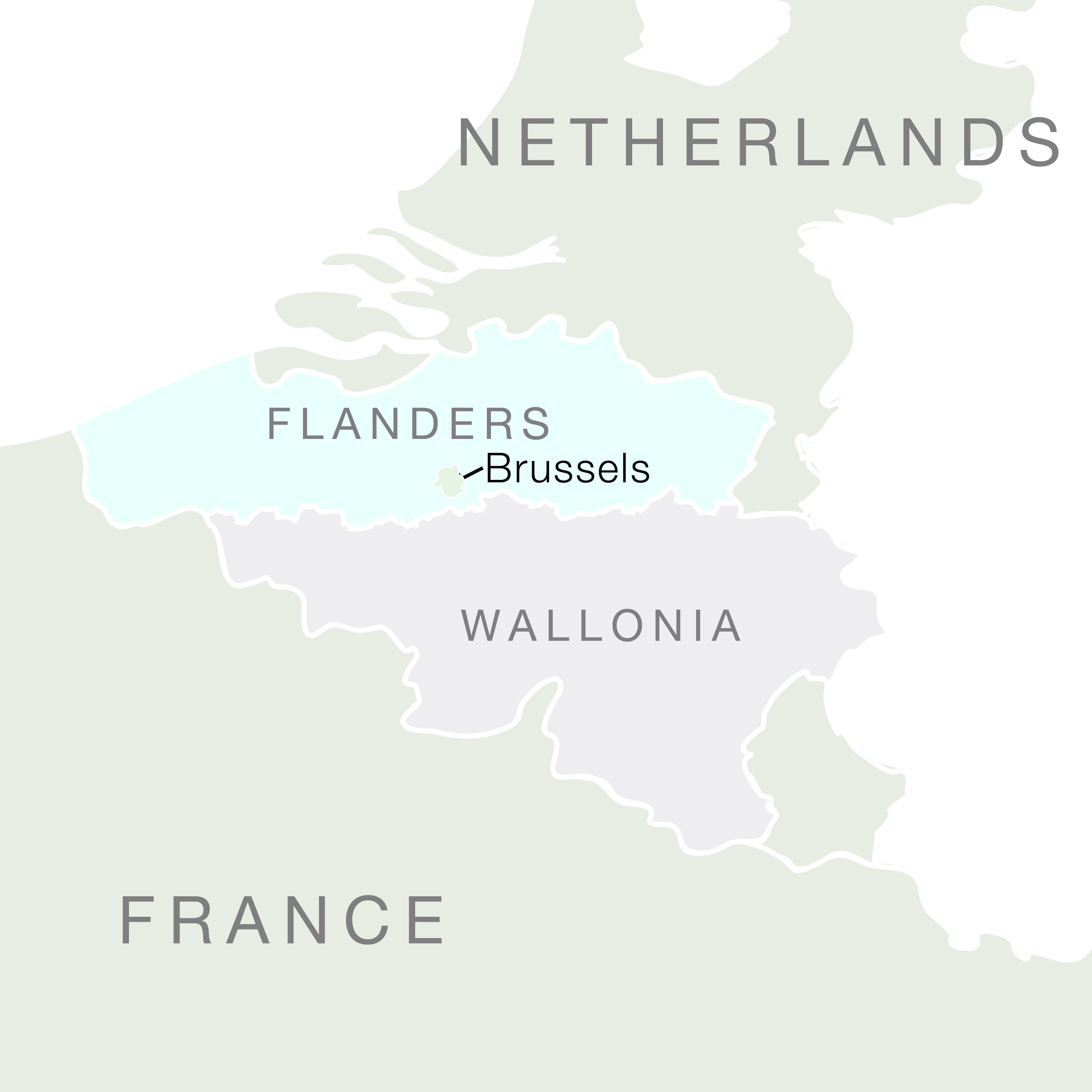 Situated in northern Belgium, this region is home to the Dutch-speaking Flemish Community. Belgians living in this part of the country have roots in Germanic culture and speak a language that is part of the same family as English. With several important cities along the coastline, it’s historically been a center of trade and today has an excellent infrastructure. Flanders was also the location of much fighting during World War I—the In Flanders Fields Museum in Ypres tells the story of the battles fought at the site.

Dish to try: Waterzooi, a typical stew made with fish or chicken, vegetables, potatoes, cream and bread.

Cities to know: Lively Ghent; medieval Bruges and the fashion capital of Antwerp

Both the French and German-speaking Communities are found in southern Belgium, known as Wallonia. A majority of the people living here speak French, and you’ll find slight differences between the way it’s spoken in France versus in this part of Belgium. German is only used in a small area within the province of Liège. Like the rest of the country, this francophone region is celebrated for its gastronomy_—_flavorful brews, meats, cheeses, waffles and potatoes in particular. The landscape in the southeast is dominated by the forested Ardennes, which extends into Luxembourg and saw many important battles during World War II.

Dish to try: Frites (fries), traditionally served in a paper cone with mayonnaise or other dipping sauces.

Cities to know: Historic Bastogne, the Walloon capital of Namur and Dinant, a charming town on the River Meuse.

The country’s capital city is comprised of a mixture of both French and Dutch-speaking cultures. While differences between the language communities sometimes result in political tension, it’s here that all societies work together and live side by side. Centrally located both in the heart of Belgium and Western Europe, this bilingual city is the unofficial headquarters of the European Union and is home to both buzzing culinary and arts scenes.

Languages spoken: French and Dutch, plus many people here speak English as well.

Can’t-miss spot: The Grand-Place, a UNESCO World Heritage site in Brussels that showcases a beautiful combination of architectural styles.