An inside look at our German Heritage Tour

Kory, the Germany expert from AncestryProGenealogist®, first discovered a personal interest in genealogy when he was 15 visiting his mother’s family cabin in New Hampshire. There he met his great-aunt who told him about the cabin, how it was built, and how he was actually entitled to 1/125th of it. This idea propelled him to create a family tree—and a young genealogist was born. Fast-forward through several degrees, years of research, and a long-standing career as a genealogist, and we couldn’t think of a more perfect fit to help lead our upcoming German Heritage Tour: Family Emigration & Origins.

You worked with Go Ahead Tours to design this specific itinerary. What locations do you think will be particularly meaningful?

Emigration is a key theme of the tour, which is why it starts in Hamburg and includes Bremen, where roughly 80-90% of people left Germany for America. I’m excited to have everyone see the museums and memorials in Hamburg and Bremen. These two cities are like Germany’s Ellis Island, in reverse.

I remember taking my kids to Ellis Island, where my father came to America in 1909. We stood on Ellis Island and I pointed to New Jersey and told them when Papa arrived here with his parents, they rode a little tug boat over to the shore and took a train to their cousin’s house. I could tell them that because we were there, standing in the footsteps where 20 million people had come through Ellis Island. The travelers will be able to do a similar thing in Hamburg and in Bremen.

What sorts of experiences will travelers discover in Hamburg and Bremen?

We’ll be visiting the BallinStadt Emigration Museum in Hamburg and the German Emigration Center in Bremerhaven, among other places. They’ll be able to get a real sense of what it was like to emigrate—the size and nature of the ships their ancestors were on and the mass of people who came. Deciding to go to America in the 1800s meant a lot to figure out, so people will get an idea of how the process unfolded.

That’s one thing that all of these travelers have in common—they all have one or more ancestors who left Germany and came to America. On tour, we’ll be tailoring our discussion to their particular ancestors as much as possible, based on their family trees and research. This insight is what we’re bringing. The Tour Director will be able to point out facts and context about Germany in general, but our expertise as the genealogists on these tours is to bring it home to them, to make it real for them and their ancestors.

Any other location highlights you expect the group will love?

We’re stopping in Würzburg to get an understanding of one of the major Bavarian cities that people left from, where we’ll see archives and churches. They’ll also have the opportunity to see the most quintessential German town of Rothenburg, a classic walled city. Probably half the photos of old German cities you see come from Rothenburg. And of course, Munich is a beautiful city. Many German emigrants came from Bavaria, so it’s great that we’ll spend some significant time at the end of the tour there in both the rural areas and bigger cities.

Have you spoken to some of the travelers who have signed up for the tour so far?

Yes—and there is still room to sign up! The travelers are excited to get a feel for the culture and the people, and to get a sense of what it was for their ancestors. That’s why I’m really excited for the open-air museum in Hesse, which is a reconstructed old German village, similar to Sturbridge Village or Plimoth Plantation in Massachusetts. It gives people the flavor of what life was like in an earlier period. 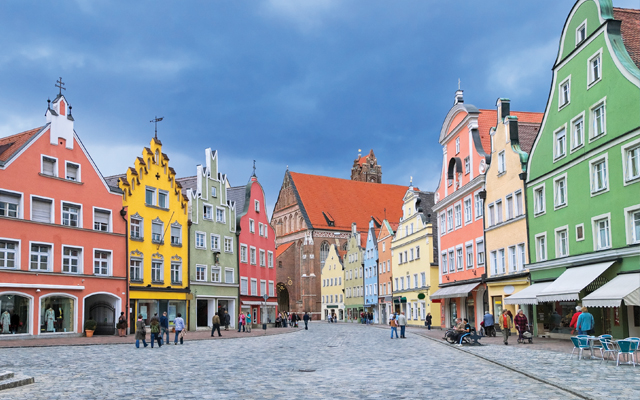 How will you help guide the travelers’ ancestral journeys?

When speaking with the group as a whole, I’m going to be broad in terms of the hometowns and states and time periods of emigration, but we’ll tailor our discussion to the circumstances of the group. Individually, I’ll work one-on-one with the families and couples about their specific ancestors. They have some great information on their family trees already, so it’ll be building upon that.

Are there major trends we know about the people who emigrated from Germany?

Historically, most Americans who have descended from German ancestors have roots in small towns, and we’re going to talk about that quite a bit on the tour. Most of our German ancestors didn’t come from Berlin or Cologne—those big cities got big for the same reasons people went to America. People in the rural areas were looking for better opportunities and there were two options: go to the big cities for work or go to America to own your own land. Our travelers descend from the people who chose to come to America.

That was a tough voyage to make 100 or 200 years ago. They were coming to a place where they didn’t know the language. It’s actually magnificent to consider what they did. Many came before steamships and suffered through a month or more on a wooden ship crossing the cold Atlantic Ocean, leaving from a North Sea port and landing in New York or other major cities. This adventure took a lot of fortitude.

When these emigrants made it to America, where did they go?

When they landed, many of them took off for the Midwest where there’s land, but it had a whole different culture and landscape than what they were used to in Germany—less hills and mountains, less forests. Today all of the Midwest has a lot of people with German heritage, especially Missouri, Wisconsin, and Ohio. Pennsylvania also has many Germany descendants from an earlier generation—the Pennsylvania Dutch aren’t Dutch as we think of now, but German.

In the 19th century they were the largest number of emigrants in the country—you’d have to combine the English, Irish, and Scotch to match the numbers. Unfortunately, a lot of the German descendants began to lose their connection to their culture in the 20th century because we fought two wars against Germany, as opposed to how the Irish and Italians have continued to hold on to their culture.

For those considering this tour, what should they know?

There’s a lot on the tour! Every stop that we’re making is going to give them a great insight into their ancestral home country. The personal attention that we’re paying to a small group of people is something that you just cannot find with other tour companies, and together we’re giving a more tailored tour experience than anyone else.

Plus, you’ll be with a small group of people who are dedicated to learning the things that you want to learn, people who are passionate about understanding your own heritage. And I have to add that the majestic beauty of Germany is unmatched.

Trace your roots on tour