6 Highlights of honeymooning on a guided group trip

Stephanie Montes recently returned from our tour of Venice, Florence & Rome, but her trip was more than just your average vacation—it was her honeymoon. By traveling on a guided group trip, Stephanie saw the highlights, with locals leading the way, but also made personal memories alongside her husband. She shares with us the top six reasons to honeymoon on a guided group trip. 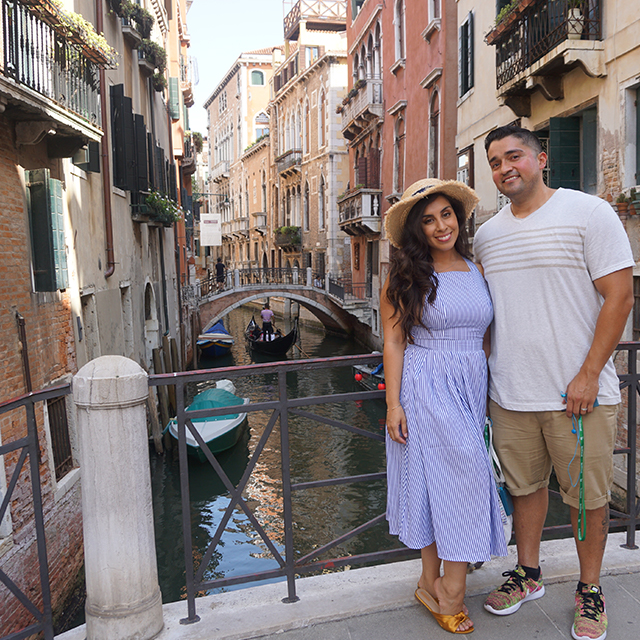 When you’re planning a wedding, the idea of also preparing for the honeymoon can be overwhelming. One of the biggest reasons Stephanie chose to travel on a guided group tour was to alleviate the stress of mapping out a honeymoon. This allowed her to focus on making sure everything was ready for her wedding and made her honeymoon feel like the ultimate vacation. “My favorite part was that I didn’t have to plan anything” said Stephanie. “It’s hard to be in the U.S. and research where to eat, stay, and how to get around. It was comforting to know you’re going to get there and have someone there to pick you up.” 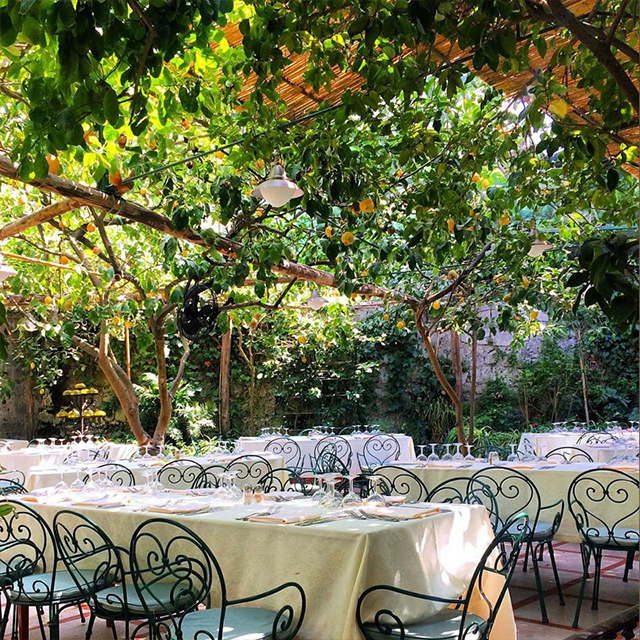 Getting the insider’s scoop

During a free evening in Sorrento, Stephanie’s Tour Director Stefania asked the group if anyone wanted to join her at a tucked-away restaurant in the area that’s a favorite among the locals. A few minutes later the whole group, including Stephanie and her husband, found themselves walking to dinner together. “She took us to Ristorante ‘O Parrucchiano La Favorita,” said Stephanie. “There were lemon trees and plants all over the place. It blurred the lines between indoor and outdoor and it was almost like having dinner in a greenhouse.” 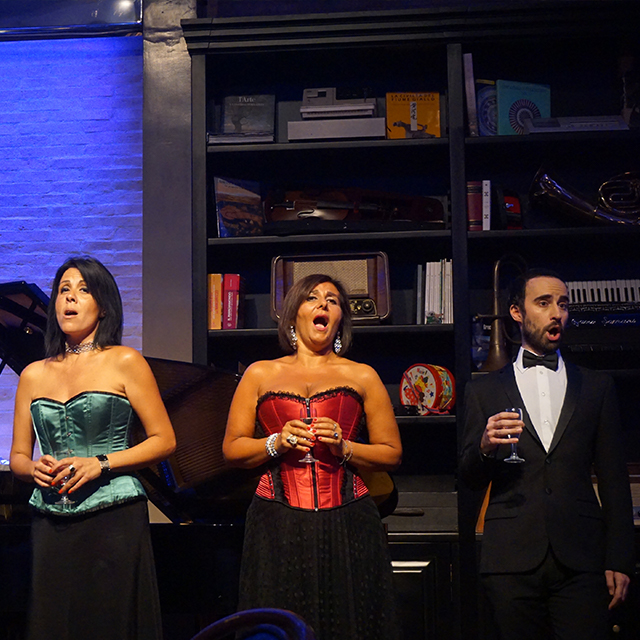 Stepping out of your comfort zone

Seeing the Colosseum and eating homemade pasta are standout moments for anyone traveling to Italy for the first time, but one experience that Stephanie didn’t anticipate loving as much as she did was an opera performance. She attended the Dinner with Tenors since it seemed like a signature Italian evening, and left with a new perspective. “Not only was it beautiful and gave me a better appreciation for the music, but it was also fun,” said Stephanie. “They brought people up to the stage and the food was delicious. It was one of the highlights of the trip.” 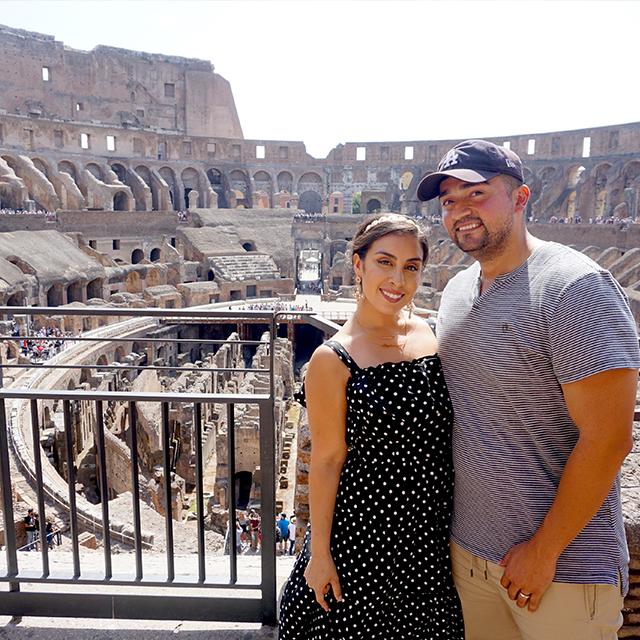 Some of Stephanie’s favorite sites were the Sistine Chapel in the Vatican City, the colorful canal homes in Burano, and the ancient streets of Pompeii. But, her favorite aspect of it all was the context the local guides provided during tours of the historic icons. “The Colosseum was unreal, and it was so nice to have the guides paint a picture of what is used to look like and what took place there,” said Stephanie. “It’s so recognizable, but the guides bring the details to life.” 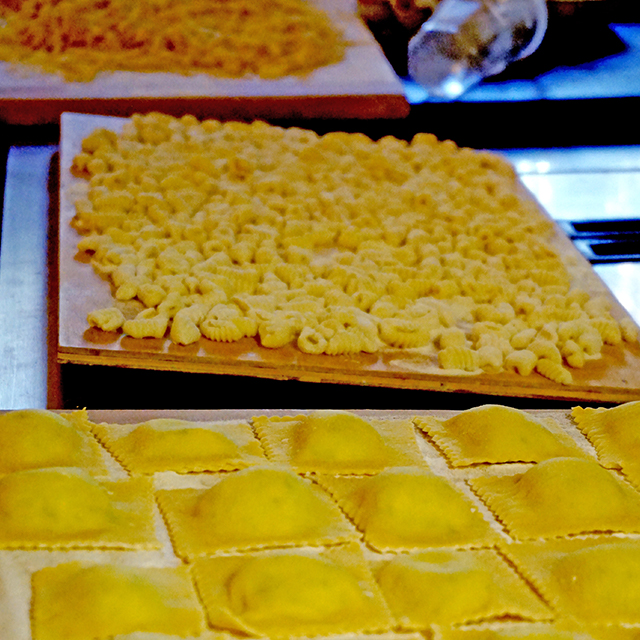 Being immersed in the culture

While she was in Rome, Stephanie and her husband spent the day experiencing Italy’s culinary culture by taking a pasta-making class with a professional chef. “We went to a market and picked out the ingredients, then learned how to make ravioli and fettucine,” said Stephanie. “It was amazing being around a professional chef who had a passion and talent for cooking with authentic ingredients.” 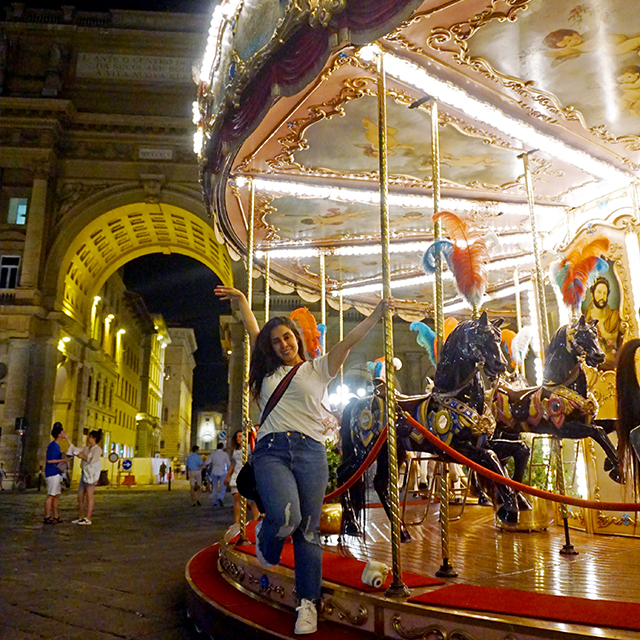 Making your own memories

One of Stephanie’s favorite memories from the trip was during a free evening in Florence. After the day’s activities, she and her husband spent the evening like locals and went to Piazza della Repubblica. “We were sitting there listening to street performers. They were playing their instruments and singing songs and everyone was outside singing along.” The romantic simplicity and authenticity of the moment made it unforgettable for the couple. “Just relaxing, sitting with locals, and listening to the music under the stars. I couldn’t have pictured a better moment.”

Tell us on Facebook why you love traveling on guided group tours!

Start planning your next trip