Federico Fellini’s award-winning film La Dolce Vita revealed another side of Rome’s golden era, when actors and artists flocked to the Eternal City’s streets, searching for a bit of the “sweet life.” Here, learn about how you can follow in the famous director’s footsteps while you’re on one of our tours in Rome.

Federico Fellini loved his home city, but wasn’t afraid to show it as he saw it—equal parts classic and complicated, romantic and rough-around-the-edges. He was born in a small town along the Adriatic Sea, and moved to Rome when he enrolled in university—though there’s reportedly no record of Fellini ever attending a class. Instead, he became a writer, working for small publications to get a foothold in the business. He was hired at Marc’Aurelio, a humor magazine, and had a regular feature interviewing scriptwriters, which was his first introduction to cinema.

He began writing scripts in the early 1940s, joining established directors like Roberto Rossellini. These early friendships in the industry proved fruitful and helped Fellini with the release of his first films. He worked prolifically throughout the 40s and 50s, but began making his best-known work in the 1960s—starting with La Dolce Vita. His other lauded movies include 8½, which stars Marcello Mastroianni as a struggling director, and Amarcord, about Italy in the 1930s.

La Dolce Vita is shot in seven distinct sequences, interpreted as everything from the seven deadly sins to seven days of creation. Another popular theory? That the number is a nod to Rome itself, the city built on seven hills.

The film captures plenty of Rome’s most iconic sites on screen, including one of its most recognizable roads, Via Vittorio Veneto—“Via Veneto” for short. In the 1950s and 1960s, Via Veneto was Rome’s place to see and be seen. Celebrities, from Audrey Hepburn to Tennessee Williams, gathered in clubs and cafes lining the road. One favorite hangout of the rich and famous, Harry’s Bar, is still on the street today; food might be pricey, but it’s the perfect spot to stop in for a bellini! You can also see a plaque commemorating Fellini along the famous thoroughfare.

On tour in Rome, you can step right into scenes from the silver screen at Piazza Navona, where you’ll see famous fountains by the sculptor Bernini, and St. Peter’s Square, which you can visit by adding an excursion to the Vatican. Of course, you can’t miss the Trevi Fountain during your free time in Rome; it’s the site of one of La Dolce Vita’s most indelible moments. When it comes to Fellini’s famous scene of Marcello Mastroianni and Anita Ekberg frolicking in the water, don’t do as the Romans do. Instead of hopping in, toss a coin over your left shoulder to ensure your return trip.

Have you traveled to Rome on tour? Do you have your own tips for finding “the sweet life” in Italy? Let us know on Facebook!

Start planning a trip to Rome 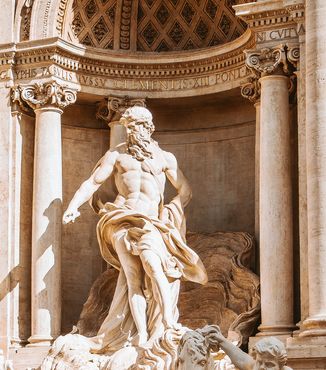 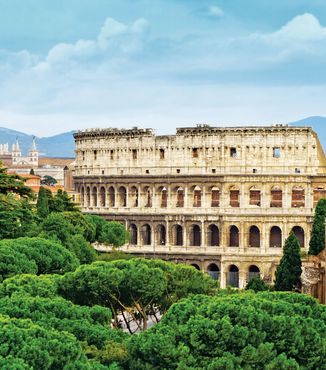 Destinations
4 reasons to visit Rome in the spring