Groups Account Manager Rebecca visited Spain as a solo traveler. While there, she took it upon herself to seek out the best food Madrid has to offer. See her picks for where to go (and eat) on your next trip to Madrid. 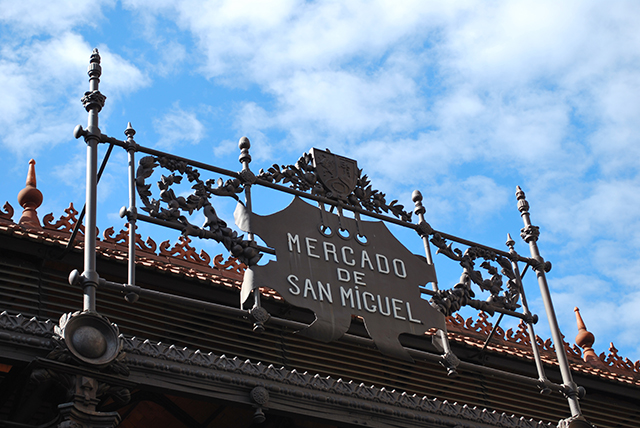 One of my favorite memories from my trip to Spain was the night I went to the Mercado de San Miguel. I decided to check it out at the recommendation of a friend, but didn’t really know what to expect.

Located near Plaza Mayor, the Market of San Miguel (called Mercado de San Miguel by locals) is the perfect place to spend an evening, especially as a solo traveler. A few things I like about traveling alone are making new friends and having the freedom to do whatever I want. At a place like this, you have the opportunity to chat with people at different stalls, and it’s a great place for people watching! You also have the flexibility to move around a lot, since you’re not restricted to a table like you would be at a more formal sit-down dinner.

I live in Boston, and found the Market of San Miguel to be the Spanish version of Quincy Market—but with more alcohol. Now that’s my idea of a market!

Make sure you have comfortable shoes on

You’ll be walking around and standing or sitting at bar stools the whole time.

Try not to bring too much stuff with you

There are a lot of people and you don’t want to draw attention to pickpockets by carrying large bags.

Everything is reasonably priced

You don’t have to worry about having a whole lot of money to spend, but I would make sure to bring cash and not rely on credit cards, which can be a hassle in a bustling place like this. 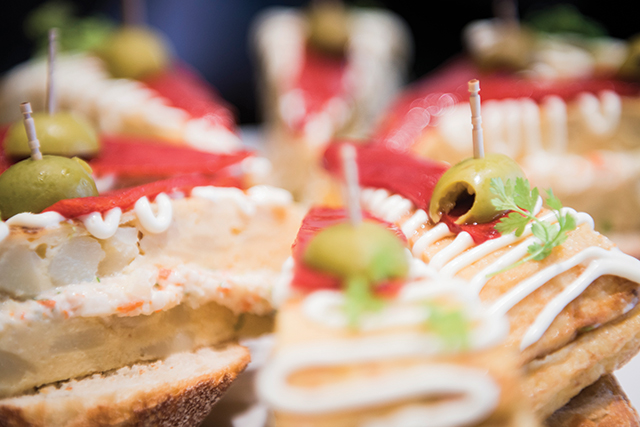 It can be kind of overwhelming when you first walk in because there are so many people and so many vendors. I recommending starting with a glass of wine to get in the mood and take in the scene. I found Pinkleton & Wine to have friendly servers, generous portions, and a fun name!

After a drink or two, you’ll be ready to enjoy one of the best things Spain has to offer: tapas! The Market of San Miguel is a great place to try an assortment of traditional Spanish food and other types of food from around the world. If you pace yourself, you can try a little bit of almost everything.

I would definitely recommend stopping by the Croquetas Cart and sampling a few little bites. Croquetas are a traditional Spanish tapa, basically potatoes mixed with cheese or meat and fried like a mozzarella stick. They have a variety of different flavors. Depending on how much Spanish you speak, you might be surprised by what you get, but I had four different types and they were all delicious!

Once you’re feeling full and are thinking about calling it a night, swing by the Café del Art to have coffee or something sweet for dessert. (Personally, I went with the churros.)

At this point in my adventure, it had become pretty late in the evening and the stalls were beginning to close down. When I asked for churros in my limited Spanish, the person behind the counter said something I didn’t understand and went about wrapping up some churros and pouring a cup of thick hot chocolate for me. Later, I realized she was trying to explain that while they usually give four churros to each person, they had run out. Instead, I was given three churros and an adorable heart-shaped cookie. Small personal touches like this make the market so inviting.

Check out the Market of San Miguel during a visit to Madrid.