What to Know About China’s Mid-Autumn Festival

Originally a harvest festival, the Mid-Autumn Festival falls on the 15th day of the 8th month of the Chinese calendar each year, coinciding with the autumn full moon. Along with the New Year and the Spring Festival, this celebration is one of the most important holidays in China. 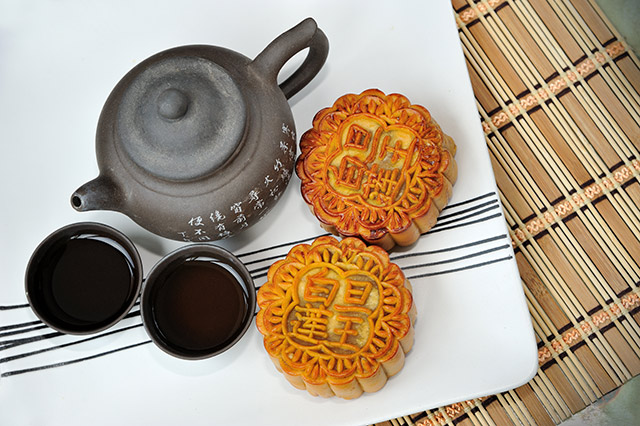 The Mid-Autumn Festival is surrounded by many traditions and myths. It is thought to have originated as a day of worshipping the Mountain Gods following the harvest season. Later, it evolved into a day of moon worship, which is why it is also known as the Moon Festival or Mooncake Festival. The story of the Moon Goddess Chang’e is often told on this day. One version of this tale begins in ancient times, when ten suns in the sky were burning the earth. A famous archer, the husband of Chang’e, was commanded by the Emperor to shoot down the nine extra suns. Upon his success, he was rewarded with an immortality elixir. Chang’e discovered the elixir and when she drank it, she was sent to the moon. She continues to live there now, looking down on the earth and shining brightly during the Mid-Autumn Festival.

Mooncakes are tasty treats customarily enjoyed during the Mid-Autumn Festival. Family members share these baked goods, which are rounded cakes, typically filled with lotus seed paste. Another legend has it that mooncakes were used to pass along notes to plan for rebellion when Mongols ruled China in the 13th century.

Today, the Chinese celebrate the day by joining together with family and giving thanks. While specific customs vary in different regions and cultures, certain ones, like sharing mooncakes, are consistent. Another common element is the use of brightly lit lanterns. They are either hung from buildings, sent floating into the sky or carried in parades. Traditional games are often played and dances are sometimes held to encourage romance and courtship for the younger generation.

Have you tasted a mooncake or celebrated the Mid-Autumn Festival before? Let us know on Facebook!

Start planning a trip to China