The 6 best places to go in Greece now

Every year, many travelers have the same goal: visit Greece. And why not? Must-see destinations in Greece include everything from ancient attractions to scenic islands and hilltop villages—and don’t forget about delicious food and wines.

Want to know where to go in Greece? Read on for six Greek hotspots that firmly belong on your travel bucket list. (Plus, if you need another reason to take the Greece travel leap, remember that Black Friday is the perfect time to grab great deals on tours of these beautiful destinations!) 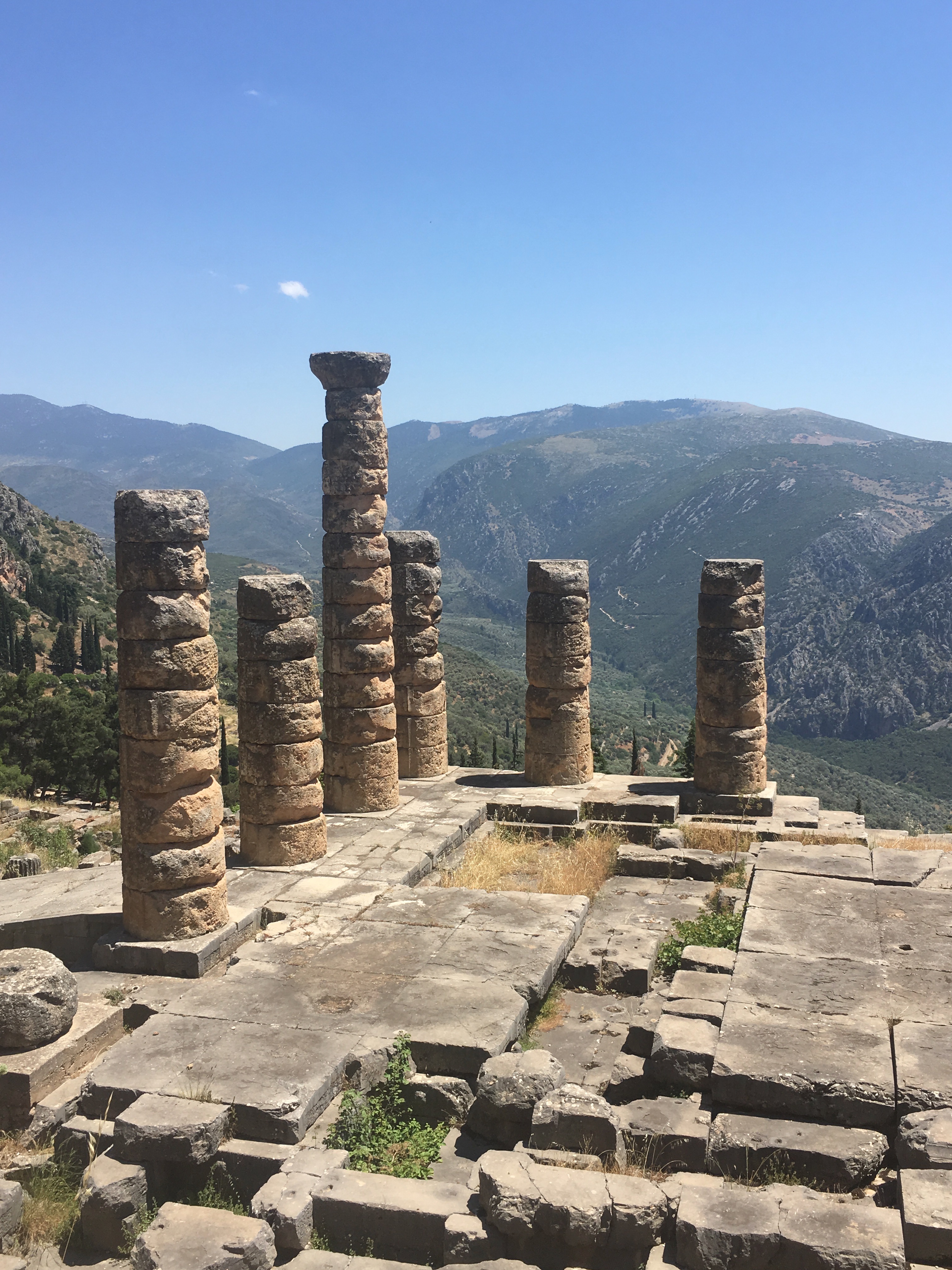 For a long time, a trip to Athens was used primarily as a launchpad for an island-hopping vacation through the Greek isles. Travelers came for a night or two, took a tour of the Acropolis, walked through the charming Plaka neighborhood, and then were off to Santorini, Mykonos, and beyond. But, Athens is more than just a stopover on the way to sunny islands. It’s true that Greece’s capital remains a bucket list destination for its ancient attractions, such as the best temples in the country, including the iconic Parthenon. But the city is bustling. “There’s so much to do and see in Athens,” said traveler Beth. “The Acropolis is majestic.”

While its historic sites might top the list of the best places to visit in Greece, the spoils of modern-day Athens shouldn’t be ignored. Glamorous restaurants, welcoming wine bars, boutiques filled with made-in-Greece merchandise (including some of the best linen brands around), and fascinating cultural institutions, like the Stavros Niarchos Foundation Cultural Center (with its gorgeous library), make Athens one of Europe’s most exciting capitals. Many of our Greece trips, including the brand-new Footsteps of Saint Paul in Greece: Thessaloniki to Athens tour, allow for an extension in Athens, which is the perfect opportunity to explore many of the city’s thrilling venues—both old and new.

Related article: The Go Ahead Travel Guide to Athens → 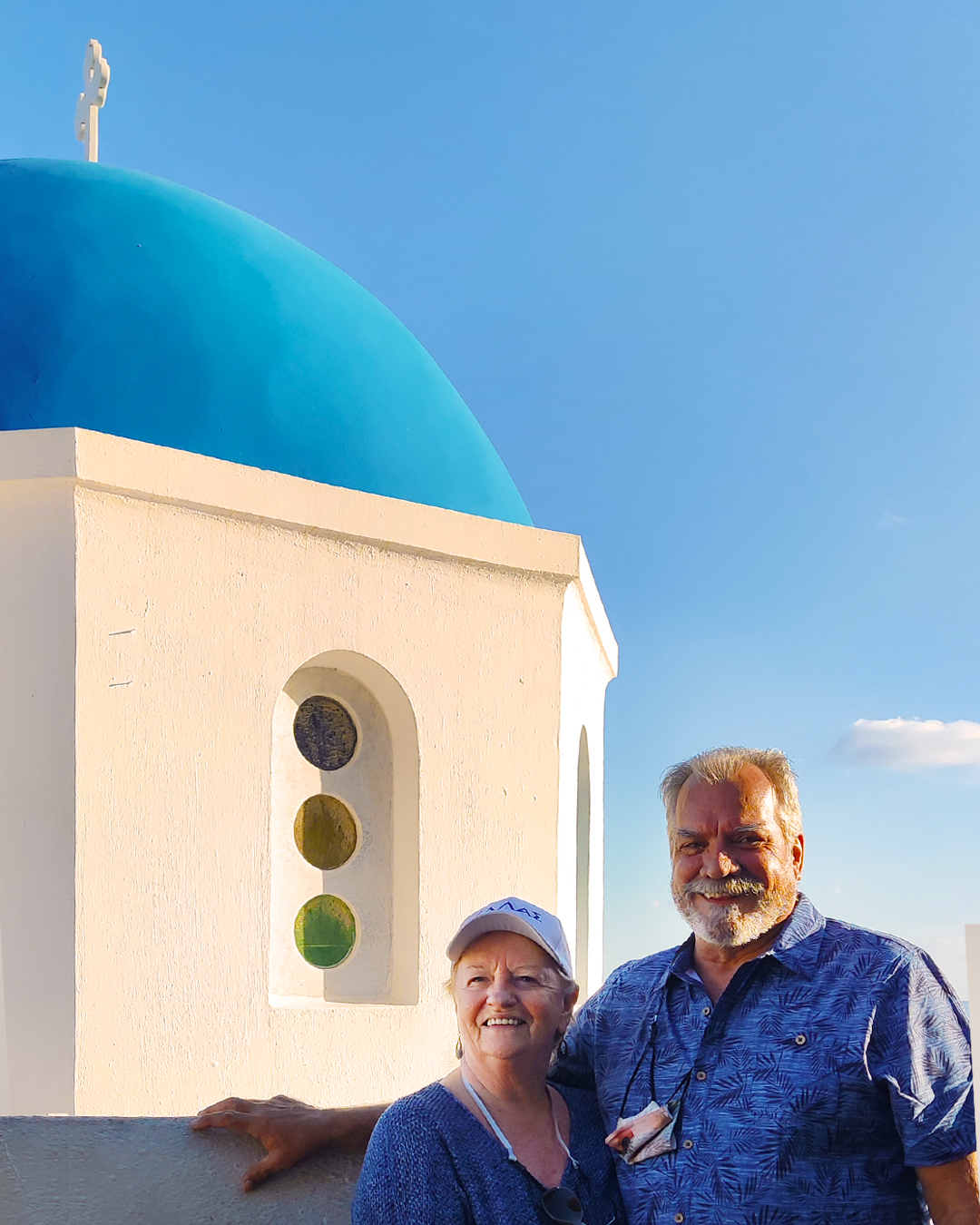 One look at Santorini and it’s easy to see its allure: a rugged island of white-washed structures rising out of the blue waters of the Aegean Sea. Travelers of all kinds have long been seduced by its boundless natural beauty; it’s especially gorgeous at sunset, when the changing colors of the sky seem to cast a magical glow to the island. “Santorini was perfect: unbeatable views, great shopping, great food,” said traveler Rachel. “We absolutely plan to come back.”

Santorini’s good looks make it one of the best places to visit in Greece, but our itineraries there are built to ensure you get to see what’s bubbling underneath all that beauty (because visiting Santorini is about more than just looking at it!). Whether you’re on our A Week in Greece: Athens, Mykonos & Santorini tour or our Greek Islands for Solo Travelers: Crete & Santorini tour, we give you an immersive couple of days diving into all the things that make Santorini special. You’ll feel immersed during guided visits to archaeological sites and tastings in one of the island’s best wineries—and you’ll definitely want to consider one of our most popular add-ons, the Santorini Caldera Cruise & Dinner excursion. “The caldera cruise is an absolute must,” said traveler Beth. “Seeing the towns on Santorini from the water is a great perspective!”

If you’re still wanting more, the island offers plenty to fill up your free time on Santorini →

Related article: The Go Ahead Travel Guide to Santorini → 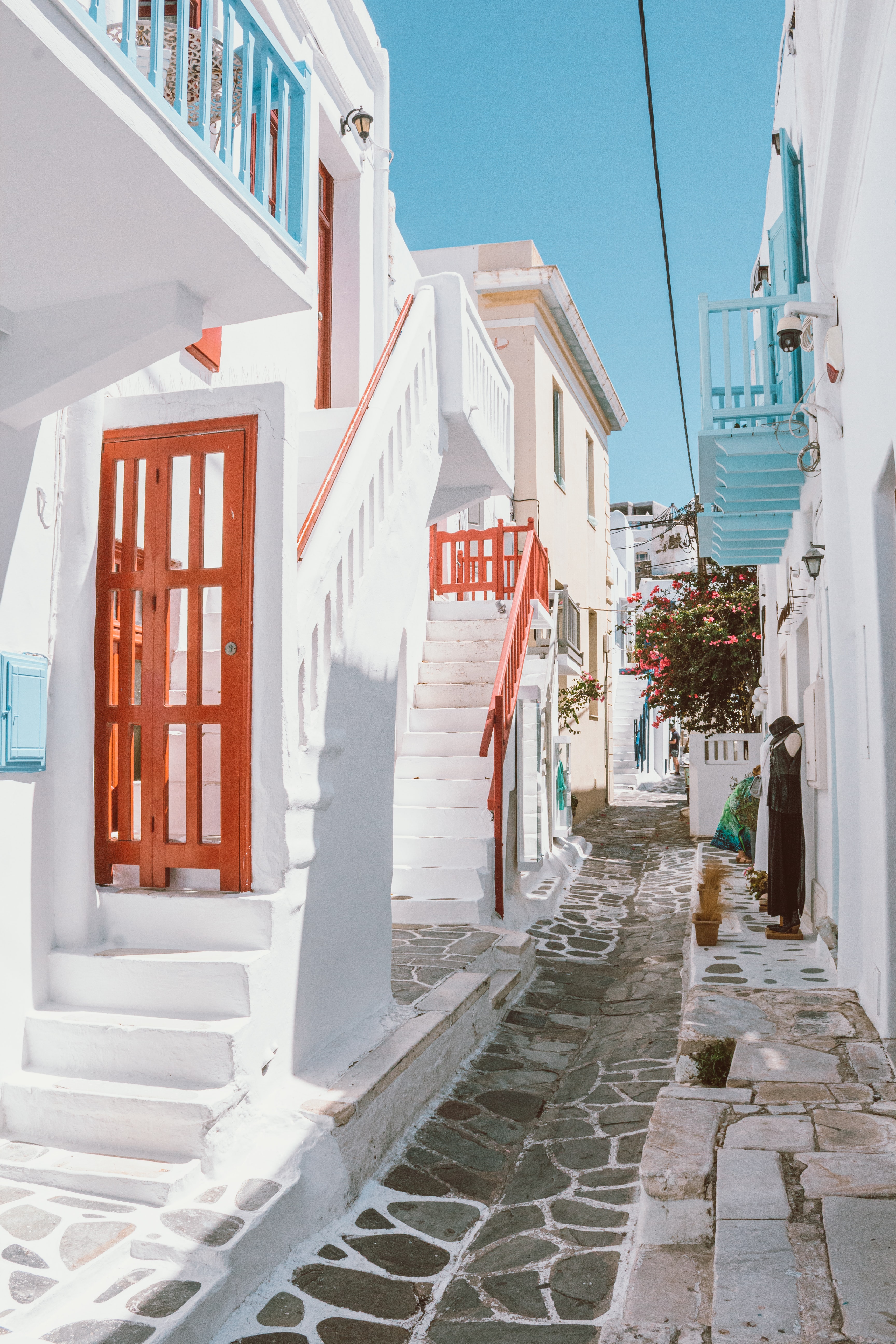 Picking your favorite destinations in Greece can be an impossible task. Each region, island, or village offers something unique and beautiful. But if an exciting social atmosphere is what you’re craving, Mykonos might top your list. This energetic island is renowned for having one of the liveliest beach scenes in Europe, but there’s even more to do in Mykonos away from the sand.

On our 14-day The Greek Islands: Mykonos, Santorini & Crete tour, your days on Mykonos will include marveling at 16th-century windmills, meandering along the narrow alleys of the Old Town, and discovering ancient architecture. This itinerary comes with two days of free time, which you can fill with an educational and delicious Greek food cooking demo, an excursion to the picturesque island of Delos, or some down time on the beach. It’s these gorgeous seaside havens that have made Mykonos one of the best vacation spots in Greece. 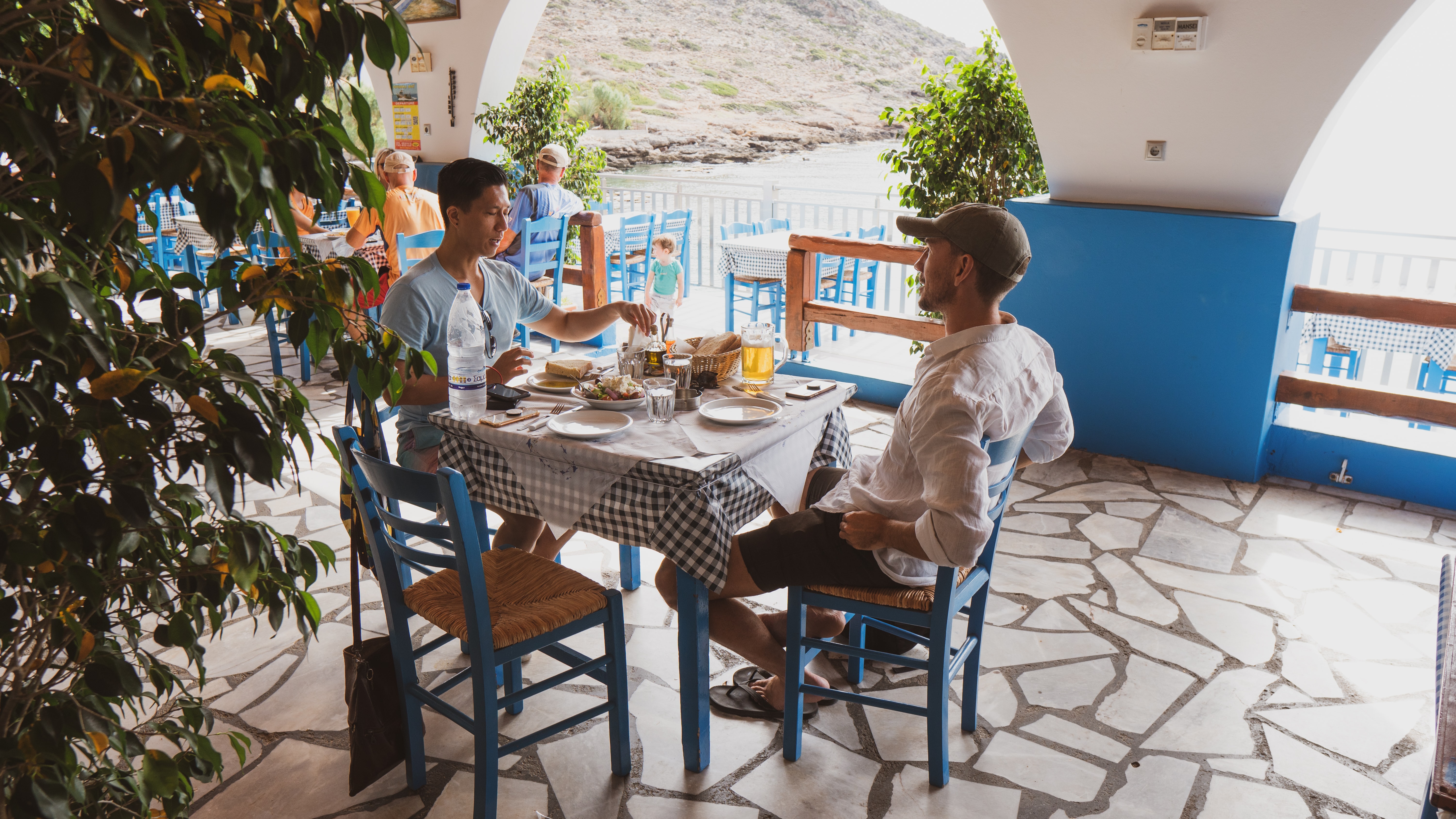 As Greece’s largest island, Crete offers an incredible variety of unforgettable travel experiences. From Bronze Age ruins and energizing hikes to serene beaches and fabulous nightlife, the list of things to do in Crete is so vast, making it one of the must-see places in Greece. But what truly stands out about Crete is its agricultural and culinary heritage—it’s an island made for indulgent meals and fantastic wines.

On our 11-day Food & Wine: A Taste of Greece tour, the three-day stay in Crete is created to wow you. In Heraklion, you’ll taste local cheese (including the best feta!) and chase it down with Ouzo, Metaxa, and Raki. On your way to Chania, you’ll visit wineries to learn about here-and-only-here grapes before diving deep into local foodie traditions during an exciting cooking class. Or, spring for the Greek Islands for Solo Travelers: Crete & Santorini tour, which features an entire free day in Crete, during which you can combine cultural sights and sunbathing with your favorite foodie experiences.

Plan a trip to Crete 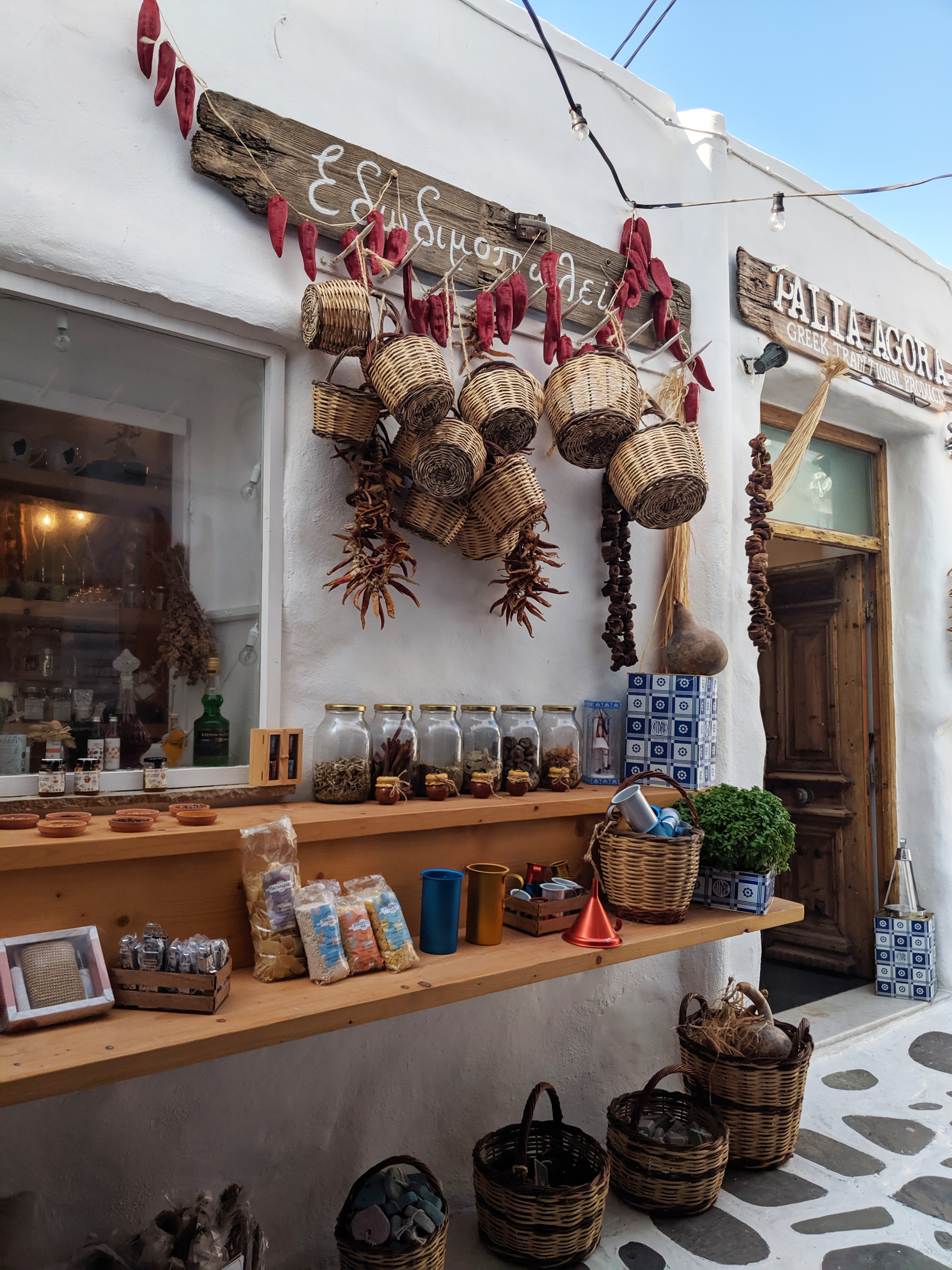 When you visit Greece, picking the right islands to include in your itinerary is an important part of the trip. Mykonos and Santorini are certainly the most well-known island destinations in Greece, but not far from both is Naxos, equally beautiful as its neighbors, but with fewer visitors. The largest of the Cyclades islands, Naxos is also one of the most fertile, meaning a visit here can include agricultural experiences, too. Our staffers chose Naxos as one of the top unique places to visit in Greece, and for good reason.

On our nine-day Greek Islands Adventure: Athens, Naxos & Paros tour, you’ll spend two days in Naxos. On day one, we’ll showcase the agricultural fruits of the island with an olive oil tasting and a hands-on cooking class with a local family. The second half of your stay in Naxos is a free day. Maybe you’ll want to explore the island’s fortified capital, Chora. Or sign up for a guided visit to Apeiranthos, a charming village on the mountainous side of the island. You’ll hike, visit a women’s textile co-op, and tour a local distillery to taste kitron, a liquor made from a local citrus. “The hike through the Naxos villages was so beautiful,” said traveler Agnes. 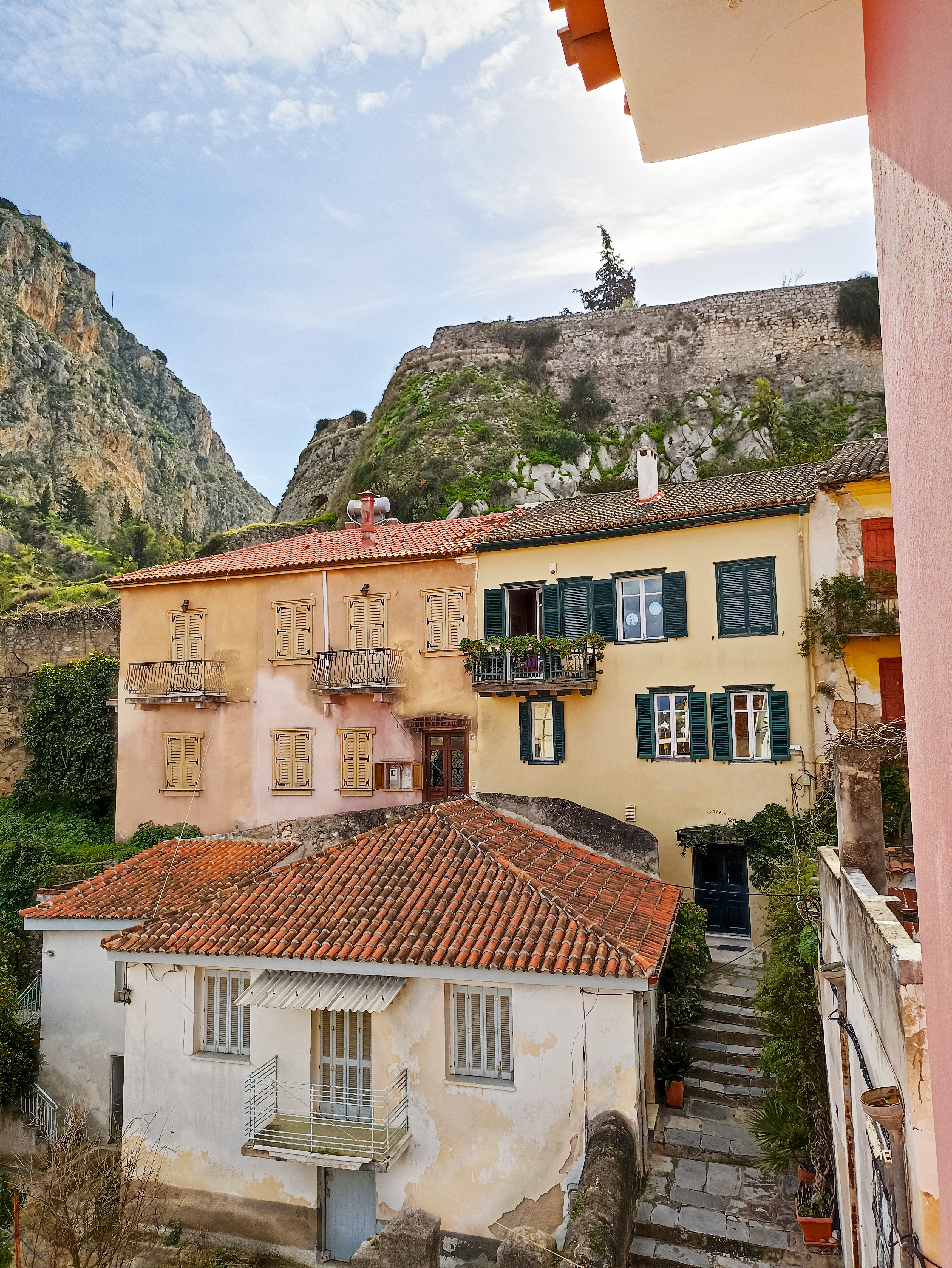 When travelers fantasize about the best places to visit in Greece, visions of Santorini and Athens often come up first. But if you’re looking for an off-the-beaten-path adventure that truly delivers, you’ll want to add the ancient region of Nafplio to your bucket list.

Located in eastern Peloponnese, Nafplio may not be as well-known as other destinations in Greece, but it was in fact the country’s first capital, when Greece was a newly established independent state in the 19th century. On our 13-day Athens & Ancient Greece tour, you’ll learn why. Over the centuries, Nafplio and its surrounding areas were occupied by the Turks, Venetians, Franks, and Byzantines—and their influence is still visible today. Over two days, we’ll guide you through the beehive-shaped Treasury of Atreus, the Lion Gate (one of the oldest monumental sculptures in Europe), and the burial ground of Agamemnon. Plus, there’s free time for some DIY exploration, too. If you choose to stroll around Nafplio, keep your eyes peeled for medieval castles, Venetian buildings, and ancient walls and fountains. Combined, these architectural treasures make Nafplio sing—and make it one of the best places in Greece to visit on tour.

Ready to jump into the Greek adventure of your dreams? Shop our Greece tours →

Explore our tours of Greece