Get a behind-the-scenes look at Michael Curtiz’s Casablanca

In 1942, director Michael Curtiz captivated audiences with his portrayal of Morocco in the romantic drama Casablanca. The exotic setting offered viewers a then-rare taste of a faraway locale with just a little movie magic, and made the real city of Casablanca a modern legend. Here, learn how you can step into the iconic film’s most alluring backdrops while on tour in Morocco.

Michal Curtiz was 11 years old when he took to the stage to test his acting chops in his native Budapest, and it’s said he was only 23 years old when he got behind the camera and started directing films in Hungary. His subsequent work, which included a handful of silent films, earned him the title as one of Hungary’s most prestigious directors. It also earned him a ticket to Hollywood, California in the late 1920s, when the president of the iconic Warner Bros. Studios extended a personal invitation.

Curtiz’s arrival in the Golden State marked his takeoff as a director in the United States, where his impressive body of work helped usher in Hollywood’s Golden Age. He produced feature films starring some of the biggest names of the day, including Joan Crawford, James Cagney, and Bing Crosby. And, while Curtiz earned Academy Award nominations for some of his previous classics such as Yankee Doodle Dandy, it was Casablanca that finally nabbed him the Oscar win for Best Director.

Bring the movie scenes to life

Since Casablanca‘s release, the World War II-era story has transfixed audiences for more than 70 years. It became such a classic, the film and city are forever linked in our imaginations—even though actors Ingrid Bergman and Humphrey Bogart never left the Hollywood studio. When Casablanca premiered, many were just learning of WWII’s effects in Europe, and seeing then little-known parts of the globe like never before. It was released as the Allied forces invaded North Africa, putting the city of Casablanca on the map. While the movie wasn’t actually shot in Morocco, a visit to the North African country is an opportunity to step into backdrops that the film’s sets were modeled after.

One must-visit spot while on tour in Morocco? Rick’s Café Casablanca. This restaurant mimics Rick’s Café Americain, a fictional gin joint that was central to the film’s plot. And, it’s more than just the name that connects the movie hangout and the real-life locale. Ornate, arched doorways, potted ferns, and a weekly piano player give Rick’s Café Casablanca an Old-World allure quite similar to its fictional counterpart. Step inside for a bite of traditional Moroccan fare, and you’ll only have to imagine curls of cigarette smoke filling the air to be transported back to Casablanca’s lookalike set.

While a visit to the restaurant is a sure way to bring the movie to life, the best way to shine a light on true Moroccan culture is by immersing yourself in the captivating excitements of the city’s souks. These open-air marketplaces are as bustling in reality as they are on screen, and they’re the places to rub elbows with locals as you shop for a variety of authentic goods. Pick up exotic spices, colorful scarves, hand-woven rugs, and earthenware tagines, or slow cookers. But, before you pay up, take a lesson from Casablanca character Ilsa Lund. On screen, the starlet was almost swindled out of 700 francs for a length of linen before the Moroccan merchant dropped the price to 100, proving that [bartering for your wares] is often the way to go.

Find some helpful tips for traveling to Morocco to know before you go!

Have you ever traveled to Morocco on tour? Do you dream of visiting any of the sites made famous in the film Casablanca? Tell us on Facebook! 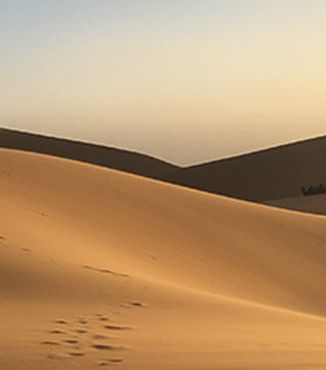 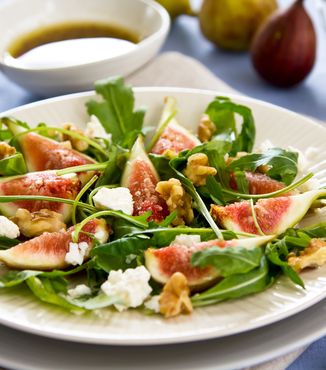 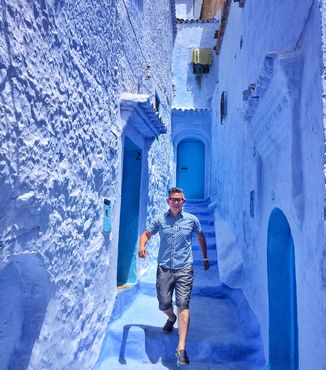 Travel stories
Capturing beauty on tour in Morocco and beyond 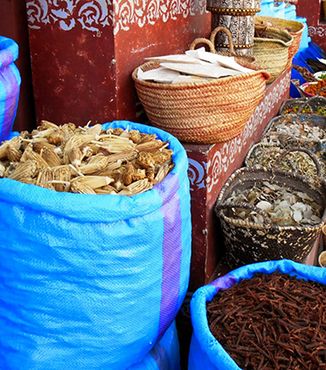