Top 5 things to do in historic Germany

Traveler Sarah traveled throughout Germany on our Historic Germany: Berlin to Bavaria tour. Below, she shares her top five favorite things to do in Germany she did on her 12-day trip. 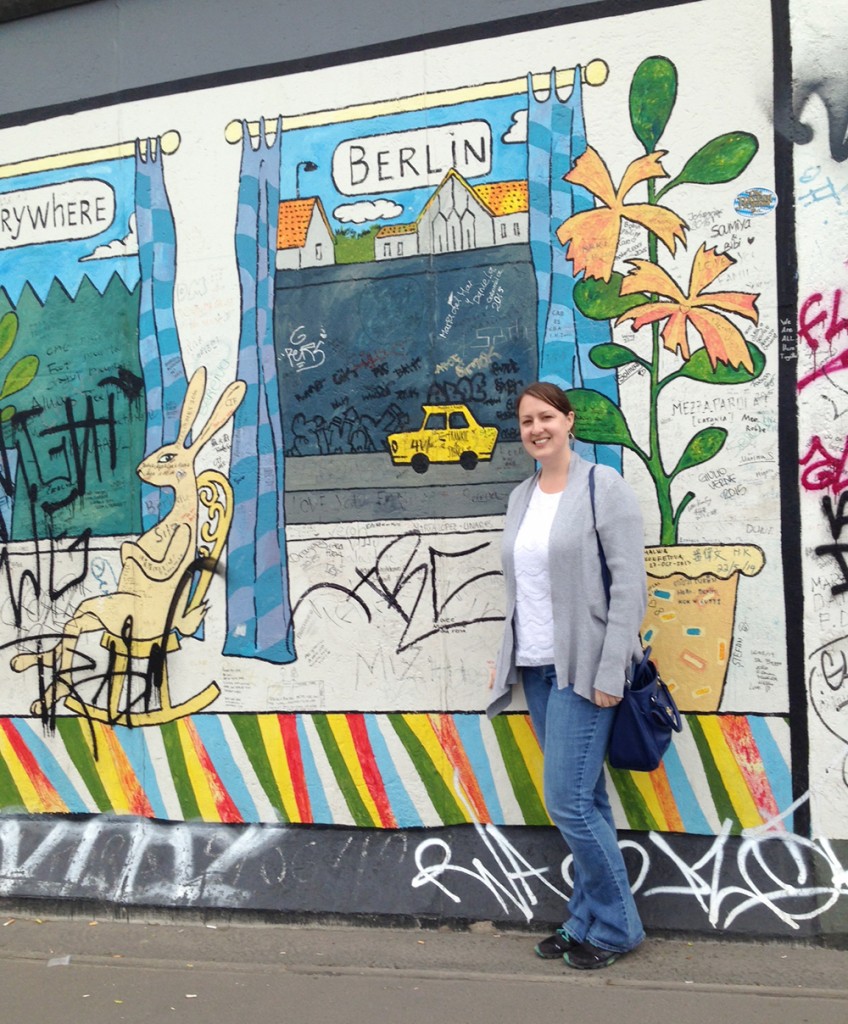 This tour was my first trip to Germany, and what drew me to this tour is the powerful history of the country. From the medieval period up to the modern-day, Germany has a unique story and vibrant cultural history. Many people think of World War II when they see this tour is called Historic Germany, but exploring this country’s past is so much more than the World Wars. It is full of beautiful landscapes, old walled cities, and, more recently, the divided country at the center of the Cold War. The more I explored, the more I realized that Germany was quickly becoming one of my favorite European countries! I’ve narrowed it down to five unforgettable experiences that I had on tour. 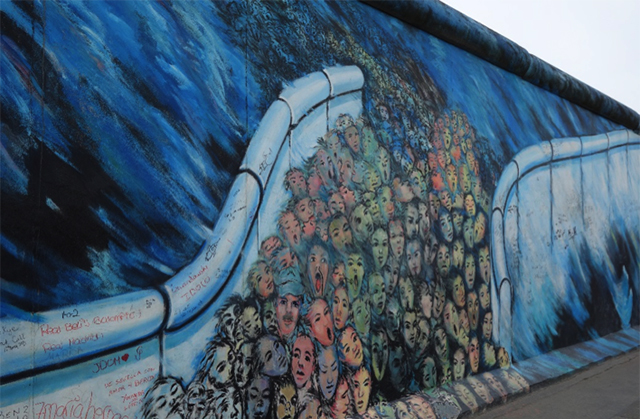 What are the top 5 things to do in Germany?

When I thought of visiting Berlin, going to the East Side Gallery was one of the top items on my to-do list, but I found it was much different than I expected. The remains of the Berlin Wall are called the East Side Gallery, a kilometer-long strip of wall covered with colorful and powerful graffiti. In my mind I had pictured a museum-like environment, but that is definitely not the case. Instead, people walk by the wall on their way to work and only travelers stopped to look. Some Berliners even support tearing down this symbol of a painful past to build and develop the city.

As I strolled along the wall, I found myself thinking about the East Side Gallery not as the art I expected, but instead as the very real division at the heart of the Cold War. Some of the wall segments are painted with words of hope and unity whereas others exhibit the pain and suffering that the wall caused. I would say that walking the East Side Gallery is a must-do experience in Berlin that forces us all to think about the global connection between people and the importance of unity, peace and cultural understanding.

Part of what I was looking for in my trip to Germany was to see remnants of 16th century Germany. Touring Görlitz allowed me to experience this incredible history. Since so much of Germany was destroyed during World War II, the experience of a town like Görlitz really takes you back in time. Our guide showed us 16th-century ceilings and took us on a walk through the gorgeous city. I was surprised to learn that a lot of movies are filmed in this town because it is so picturesque. At the restaurant where we ate for lunch (across the river in Poland), the actors and actresses from the movie the Grand Budapest Hotel had signed the wall!

Add the Görlitz extension to your tour of History Germany 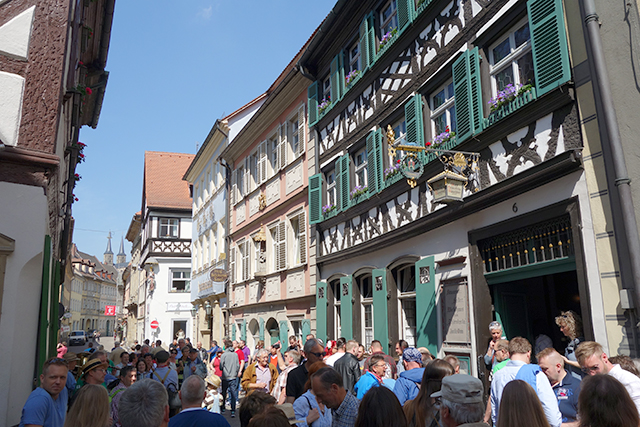 On May 14th, our group was in Bamberg getting ready to take a morning sightseeing tour of the city. Our tour guide told us that it would be busy downtown because it was Vatertag (Father’s Day), also known as Männertag(Men’s Day). He struggled to explain the holiday, saying that it doesn’t really translate into English because the holiday is a combination of Father’s Day and the religious holiday of Ascension Day, which has been celebrated in Germany since the 18th century.

Vatertag, or Männertag, is often celebrated by drinking all day and one does not have to be a father to participate. Sure enough, on our tour around 11am we saw many Germans downtown celebrating and drinking outside of the brewery. There was live music playing and people outside with beer in hand, all singing along. It definitely made this an unforgettable morning! 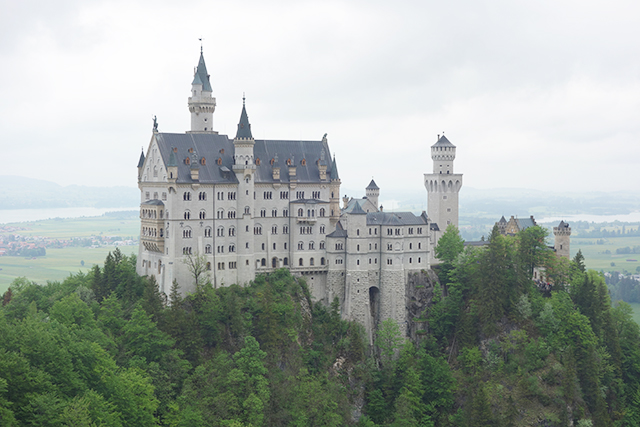 Everybody going to Germany wants to make sure they explore a castle, but Neuschwanstein is really a castle worth seeing. It’s no wonder that Walt Disney based the castle in Cinderella on this beautiful structure! The best view of this work of art is from a somewhat rickety bridge that I was pretty nervous about walking, but it was worth it to see this breathtaking view. Anyone would feel like royalty looking out over the countryside from their perch up in the mountains. If you’re ever in this area, you cannot miss a visit to Neuschwanstein Castle. 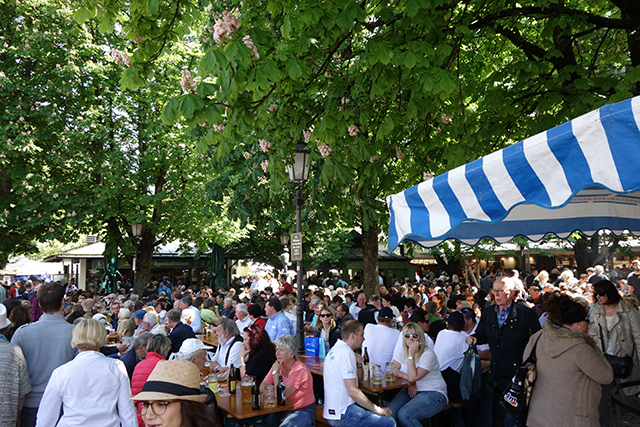 5. Visit a traditional Biergarten in Munich

The final unforgettable experience I had was enjoying a beer at a biergarten in Munich. You really feel like a local when you get to have a German beer outside and meet other Germans sitting at your table. While it may seem intimidating to have to share your table with other people, it is by far the best way to learn more about the German way of life. Traveling is all about having different cultural experiences and cold beer and good people are definitely the way to go in Munich!

Say Prost to culture on a trip to Munich

Have you explored these pieces of history on a tour of Germany? Tell us about it on Facebook! 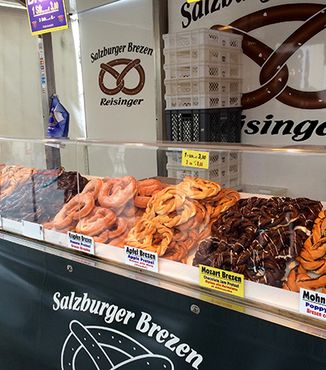 Global cuisine
Where to eat in Germany, Switzerland, and Austria 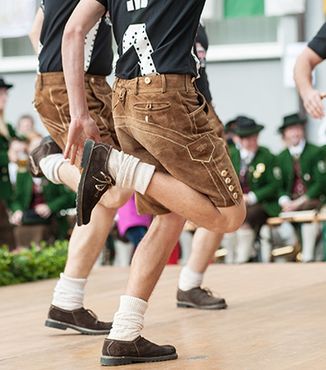 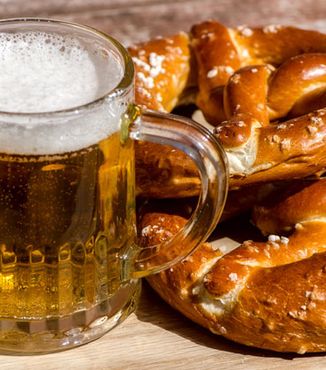 Global cuisine
Beers of Germany: From Kölsch to Dunkel