4 Things to do on Prince Edward Island

The crescent-shaped Prince Edward Island in the Gulf of Saint Lawrence boasts lovely landscapes and a gorgeous coastline. Peaceful and remote, this Canadian Maritime Province draws travelers from all around the world. Here are some of our favorite things to do during a visit to Prince Edward Island. 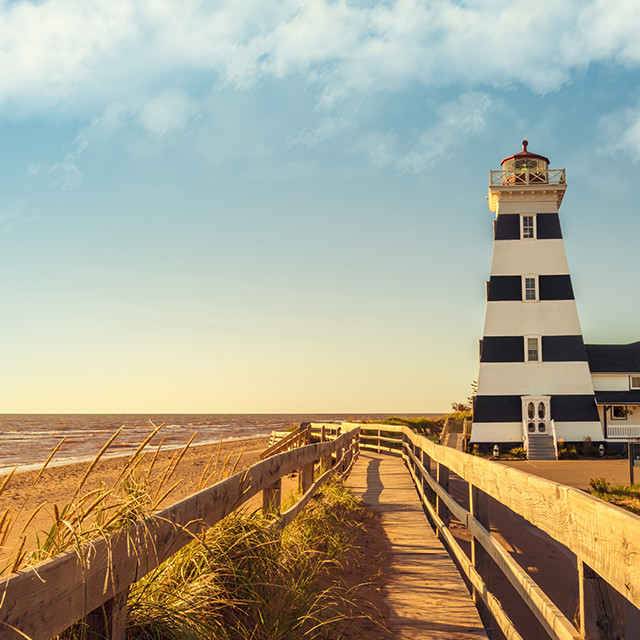 Soak up the incredible scenery

As you travel across the Confederation Bridge, which connects the island to New Brunswick, be prepared for some spectacular surroundings. The island’s combination of green landscapes and sparkling blue waters create stunning backdrops for exploration. There are many ways to take in the beauty of this Canadian Maritime Province, especially in the summertime. Go for a scenic drive through the rural communities and along the coast, hop on a bike or explore by foot on one of the island’s many trails.

Charlottetown, the capital of Prince Edward Island, is a quaint city situated on its southern shores. It’s known as the “Birthplace of Confederation” since an important meeting of the Fathers of the Confederation was held here in 1864, which led to the creation of modern-day Canada. Aside from its rich history, the city is also renowned for its buzzing culinary scene. Try freshly caught seafood and sip local beers at The Gahan House, a brewery and pub, or one of Charlottetown’s many other restaurants.

The island’s idyllic setting served as the inspiration for the novel Anne of Green Gables, which has fascinated readers ever since it was first published in 1908. The Anne of Green Gables Museum is located in Silver Bush, a 19th-century home where author L.M. Montgomery’s relatives lived. Here, literature lovers can enjoy a glimpse into the past while admiring keepsakes and items from the writer’s lifetime on display throughout the home. After exploring the museum, spend some time enjoying the rolling hills, green gardens and Lake of Shining Waters on the property.

Walk along the beautiful beaches

The shores of the island are some of the most welcoming in the world. The warm waters of the Gulf of Saint Lawrence make for higher ocean temperatures than you’d find elsewhere along the northeastern coast during the summer. Listen for the “Singing Sands” (named for a unique sound made as the wind blows through the white sand) at Basin Head Provincial Park or relax along the red, sandy stretches of Cavendish Beach. Wherever you are on the island, keep an eye out for the historic lighthouses that dot the skyline.

Start planning a trip to Canada