This UNESCO-recognized waterfall is considered one of the seven wonders of the natural world and is distinguished as earth’s largest curtain of falling water. With impressive credentials like that, what’s not to love? Here are three reasons to be wowed by Victoria Falls. 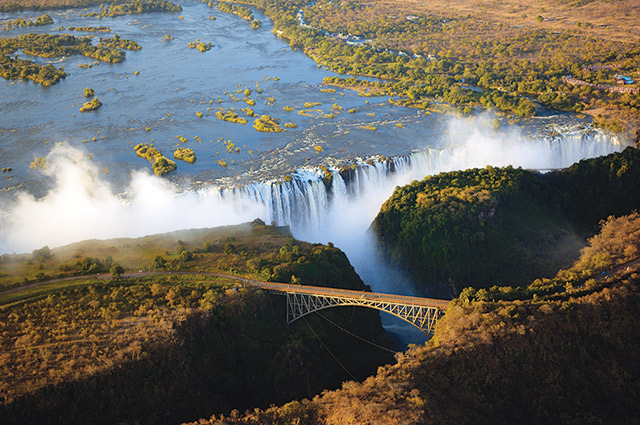 This awe-inspiring waterfall is considered one of the most important features in southern Africa. It’s located at the intersection of Zambia and Zimbabwe and marks the point where the Zambezi River cascades into gorges almost 360 feet below. This powerful plunge is geologically important, as the water’s impact continues to erode and shape the hard basalt at the falls’ base.

Did you know? - During flood season, which is usually around February or March, water from the Zambezi goes over the falls at a rate of over 500 million liters per minute. 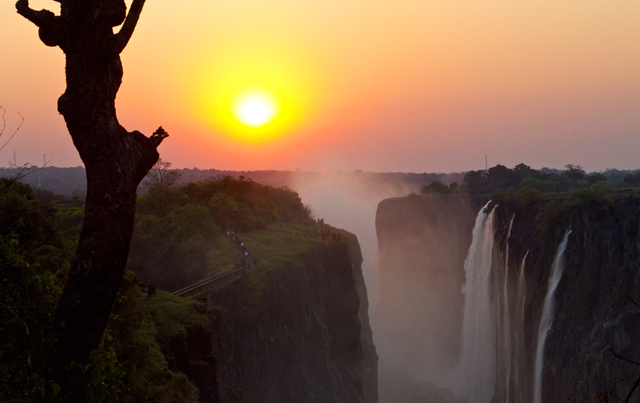 This waterfall is over a mile wide and is revered as one of the most breathtaking cataracts in the world. The mist that rises up when the water hits the plateaus below can be seen more than 12 miles away and often creates full-arching rainbows. Visit the site in person and discover why Victoria Falls’ older name is Mosi-oa-Tunya, meaning “the smoke that thunders.”

Did you know? - June and July are good months to view the falls—water levels are still fairly high, but low enough so there’s less spray and more visibility.

3. It has a rich history

Scottish explorer and missionary David Livingstone named the waterfall after Queen Victoria when he became the first European to visit the site in 1855. However, its history goes much deeper than that—stone artifacts including weapons and digging tools have been found near the falls, indicating that hunter-gatherers and farmers lived in the area as far back as 3 million years ago.

Did you know? - Officials in Zambia and Zimbabwe changed many colonial street and city names to African names after the countries gained independence in 1964 and 1980, respectively. Recently, Zimbabwean President Robert Mugabe expressed interest in changing Victoria Falls’ official name to pay homage to Zimbabwe’s liberation.

Have you ever visited Victoria Falls? Tell us about the experience below!

National parksKnow before you go